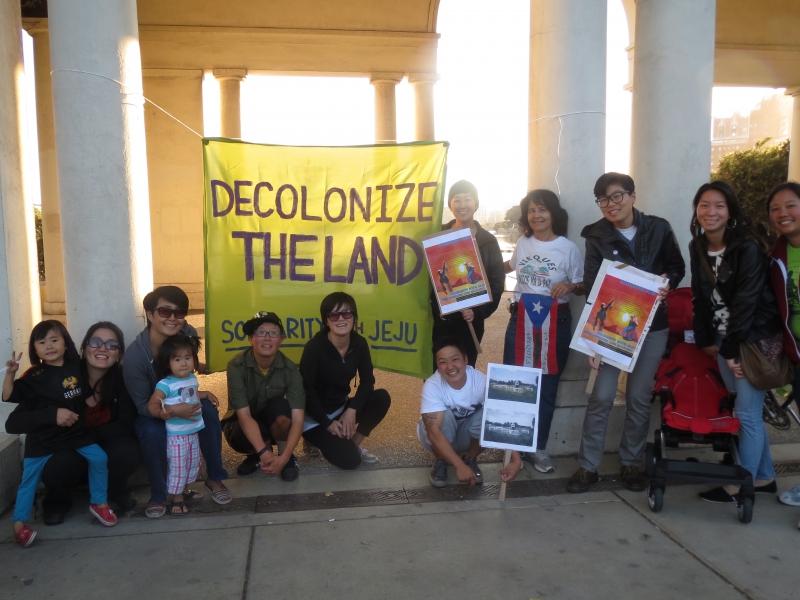 original image (3648x2736)
September 10th, Hella Organized Bay Area Koreans (HOBAK), participated in a solidarity action with Jeju, an island off the coast of South Korea where residents have been engaged in daily struggle to combat the construction of a military base that plans to hold Korean and U.S. Naval Warships on the island.

Participants of this month’s action explained that the naval base threatens not only the ecological diversity of the island—Jeju is home to one of the largest coral reefs in the world—but also Jeju’s economic and social structure that depends on a lineage of matriarchal networks who utilize the sea for survival.

At sunset, activists gathered on a grassy area near Lake Merritt and began a bowing ceremony, a Korean Buddhist tradition, to show resistance to militarism and solidarity with Jeju but also to connect anti-colonialist struggles in South Korea with ones closer to home. Oakland resident Sarah Chee led the group in a series of 108 bows. “Each bow symbolizes the breaking of delusions in our daily lives,” Chee explained, “In the context of activism, we are reflecting on the ways that fear and violence manifest in these delusions.”

Jeju is home to the world renown elder female free divers, who dive up to 60 feet without special equipment to fish for urchin and octopus in order to provide food for their families. The divers, many of whom are grandmothers, have been protesting the Naval Base daily and see it as a move of South Korea and the United States to secure colonial control of the land.

“In recent months, the police crackdown on activists has been intensifying. Jeju residents engage in this bowing ceremony as a sign of resistance to the base,” reported Hobak member, Hyejin Shim, who traveled to Jeju last year.

Jeju artist Dohee Lee spoke to the group after the ceremony, saying that resistance is Jeju’s way of asserting the island community’s right to life; that resistance is the most spiritual thing one can do. Lee also led the group in song (***see the media section at the bottom of this article for film***)

In attendance was professor Deborah Santana who has been intensely involved in decolonial struggles and who spoke about the fight to push the U.S. Navy out of her native Puerto Rico, a fight which she helped win on May 1st, 2003. Activists hope with international support, Jeju will win a similar victory and the Naval base construction will stop.

The Bay Area is home to one of the most toxic Naval Bases located in the low-income neighborhood of Bayview Hunter’s Point in San Francisco. The Shipyard in Bayview has been the site of a controversial redevelopment plan that attempts to manipulate Environment Protection Agency laws in order to build condos on the old naval base, which has been inactive for decades. Children in the surrounding area have a ¼ chance of becoming asthmatic and have one of the highest cancer rates in the state—many have found mercury in their blood stream and suffer daily nose bleeds due to the toxins being released into the air from redevelopment construction.

Activists have found that it is not just the construction, militarism and pollution from an active Naval Base that threatens communities but the almost impossible effort to decontaminate the sites, which tend to be radioactive, after a base is no longer in use.

Residents in Jeju aim to stop the project before it destroys anymore of their land and aquatic ecosystem. Activist have stood in front of bulldozers and held daily evening vigils and pickets. Members of Hobak hope that their solidarity action will get more people involved in the fight against global militarism and state terrorism, both internationally and here at home in Oakland.

To get involved with Hobak or receive their updates contact: hobak510 [at] gmail.com.

If you would like more information on the struggle in Jeju: https://www.facebook.com/SaveJeju
§Hobak activists
by Rebecca Ruiz-Lichter Thursday Sep 20th, 2012 6:47 PM 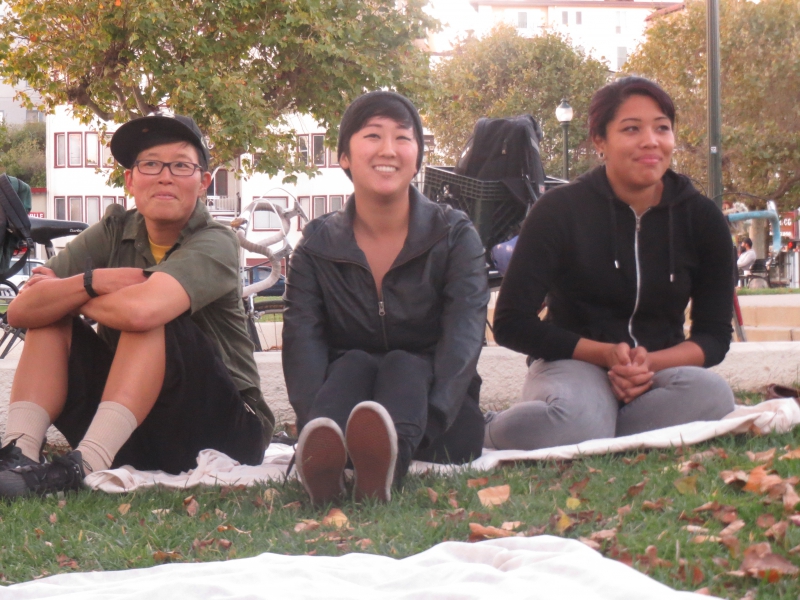 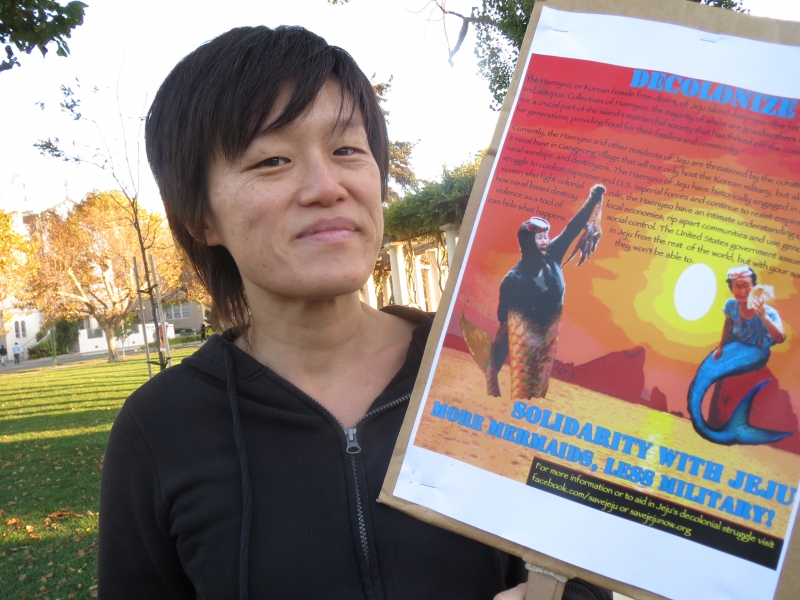 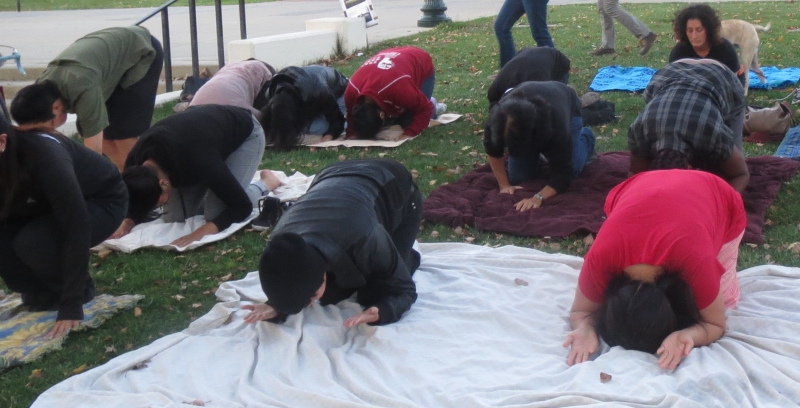 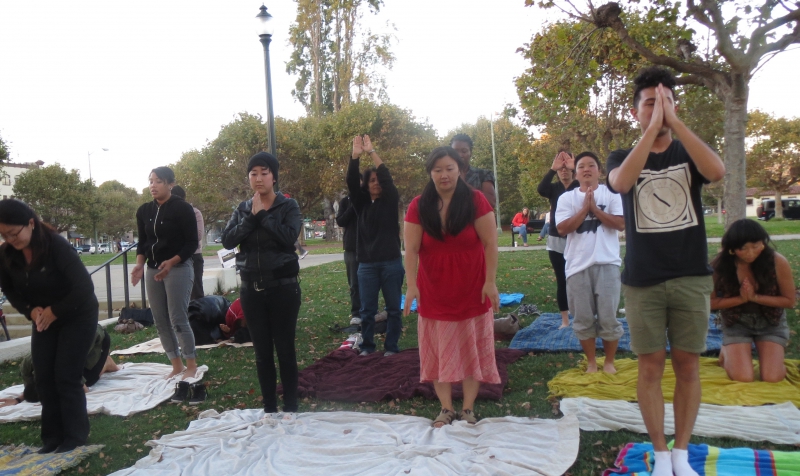 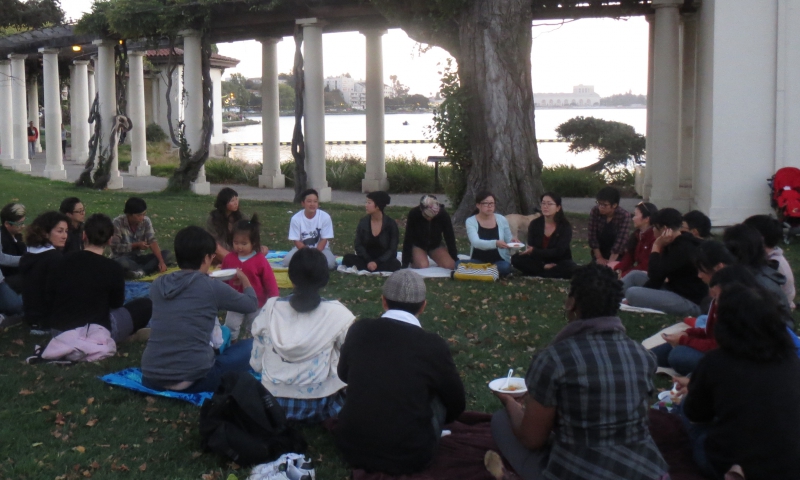 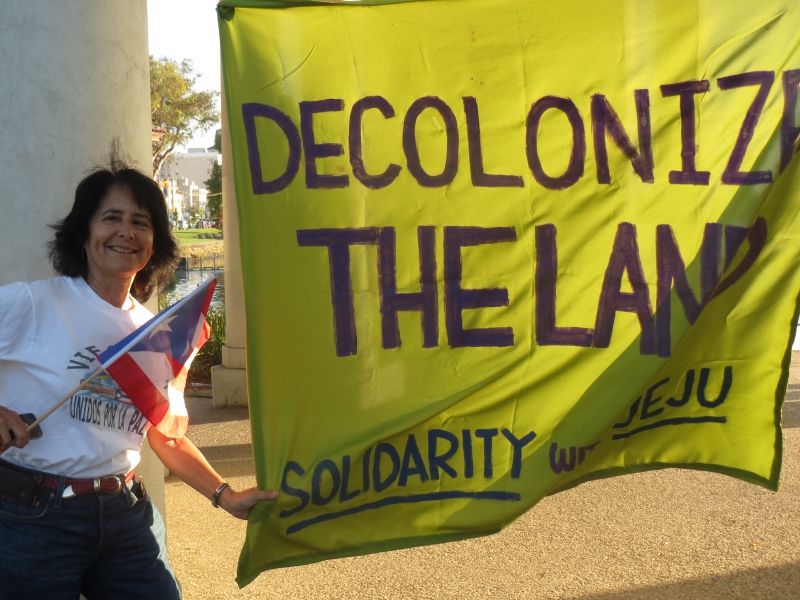 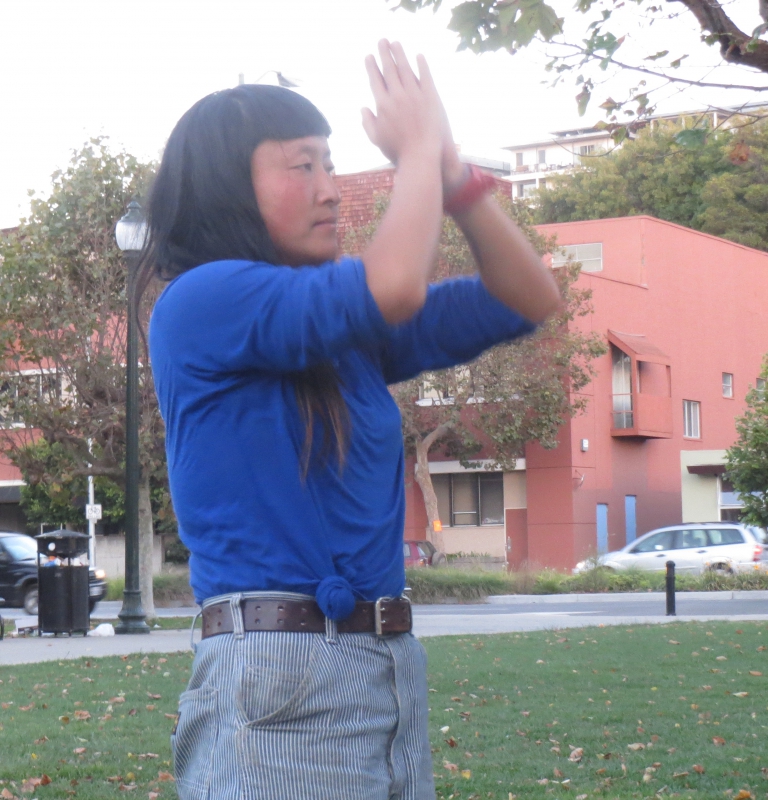 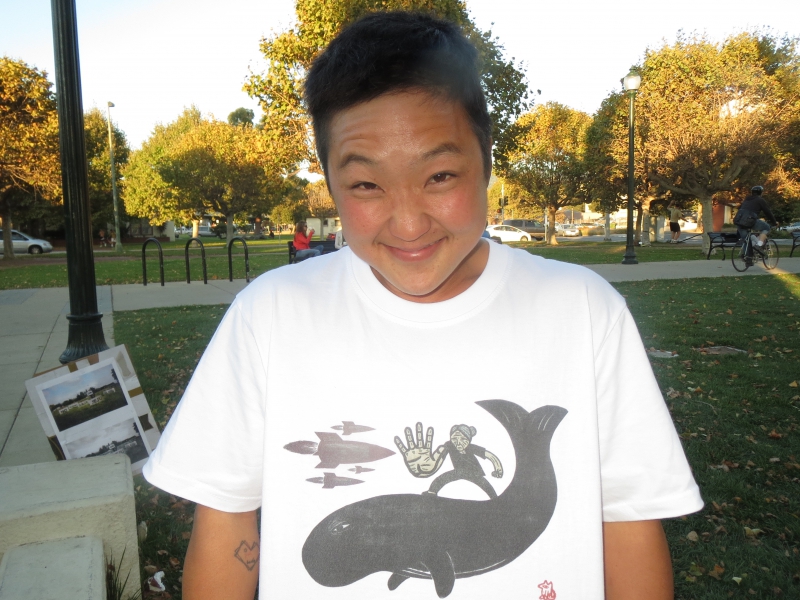 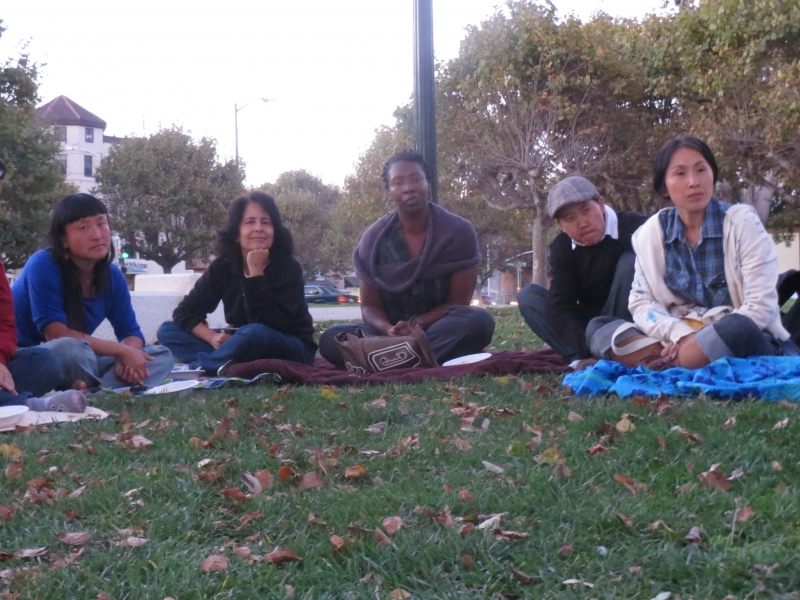 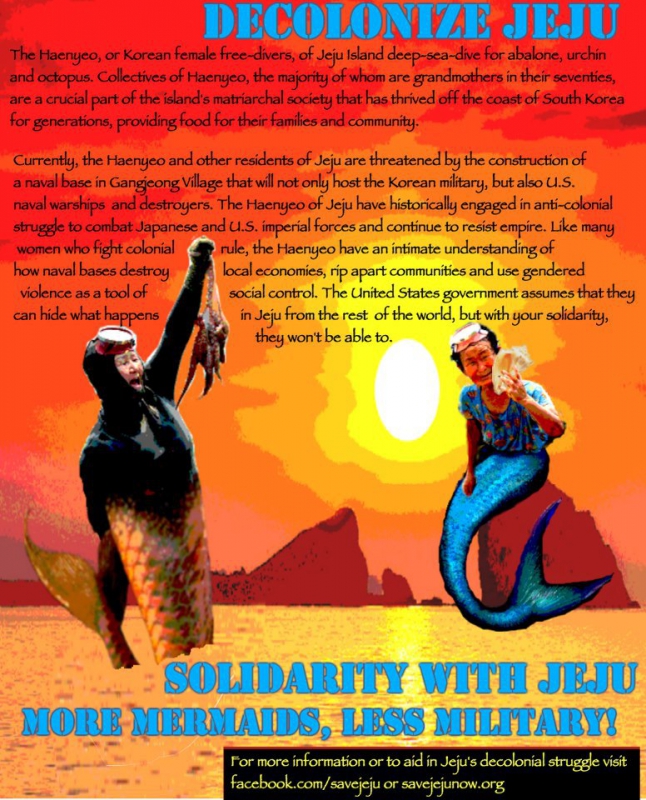 original image (776x960)
forgot to add this! Decolonize!
Add Your Comments
Support Independent Media
We are 100% volunteer and depend on your participation to sustain our efforts!