Add an Event
Newswire
Calendar
Features
Home
Donate
From the Open-Publishing Calendar
From the Open-Publishing Newswire
Indybay Feature
Publish to Newswire
Add an Event
Related Categories: California | Central Valley | Environment & Forest Defense | Government & Elections
Early Salmon Wrap on 2012 Season: Average Season, Much Better Than Last Few
by Dan Bacher
Thursday Sep 20th, 2012 11:45 AM
“We’re happy to have had a decent season but unless we can maintain restrictions on delta water pumping, we could soon be back to low salmon returns,” said GGSA president Victor Gonella. (http://www.goldengatesalmonassociation.com) “It is too early to judge whether pre- season forecasts estimating 880,000 adult Sacramento River salmon in the ocean may have been a bit optimistic. The counting of fish returning to the hatcheries has only just begun and will continue for at least another month or so. 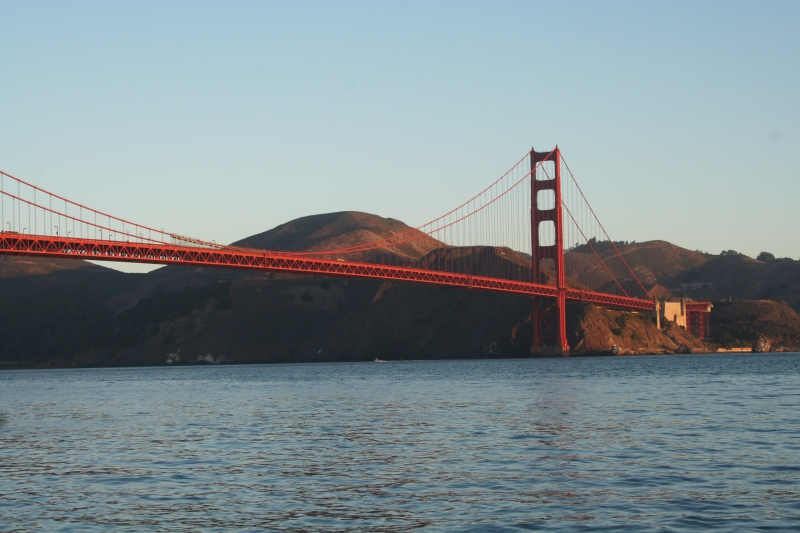 Petaluma (September 20, 2012) - The Pacific Fisheries Management Council issued the first preliminary salmon counts showing how many salmon have been caught in the 2012 season.

As of August 31, close to 300,000 salmon were taken off the California coast by both the sport and commercial salmon fishing fleets.

Commercial fishermen caught 172,914 king salmon, about two and a half times as many as they caught in 2011, but only about one-fourth of their average harvest over the past 40 years. Sport fishermen brought in 111,196, which is more than two times the 49,020 caught last year.

Although this year’s catch obviously is an improvement over 2011’s, it was still only considered an average year by recent historical standards.

“We’re happy to have had a decent season but unless we can maintain restrictions on delta water pumping, we could soon be back to low salmon returns,” said GGSA president Victor Gonella. (http://www.goldengatesalmonassociation.com) “It is too early to judge whether pre- season forecasts estimating 880,000 adult Sacramento River salmon in the ocean may have been a bit optimistic. The counting of fish returning to the hatcheries has only just begun and will continue for at least another month or so.”

Here in California a 2008 court ruling won by salmon advocates resulted in additional water flows for salmon that supported this year’s returns. Other factors including an apparent uptick in food available to young salmon in the ocean likely also contributed to this year’s resurgence.

“The commercial salmon fishing fleet is still suffering from the tremendous hit we took prior to the 2008 court order requiring more water be set aside for salmon in our rivers and the bay delta,” said GGSA board member and PCFFA executive director Zeke Grader. “This year our commercial fishermen began to regain a little ground with some decent catches and prices.”

“Recreational salmon fishermen enjoyed the good fishing we had in the early and mid season,” said GGSA and Coastside Fishing Club board member Marc Gorelnik. “Our fishing supports thousands of jobs and provides our families with one of California’s finest foods. It’s essential that we do everything we can to make sure freshwater resources in northern California are managed in a balanced way that always leaves enough to support a strong salmon fishery.”

Prior to major increase in freshwater diversion in the SF Bay Delta that began in the early 2000’s, commercial salmon fishermen regularly landed in excess of 300,000 to 400,000 salmon annually. The increased water diversions of the last decade sent Central Valley salmon into steep decline.

Some of this water could come from the Klamath River’s main tributary, the Trinity River. Supervisors have asked the state for assurances this won’t happen. Taking any more water out of the Klamath could lead to a repeat of the disastrous fish kill that occurred in the Klamath in 2002 when upstream agriculture operations withheld too much water.

The Golden Gate Salmon Association is a coalition of salmon advocates that includes commercial and recreational salmon fisherman, businesses, restaurants, tribes, environmentalists, elected officials, families and communities that rely on salmon. Their mission is to protect and restore California’s largest salmon producing habitat comprised of the Central Valley river’s that feed the Bay-Delta ecosystem and the communities that rely on salmon as a long-term, sustainable, commercial, recreational and cultural resource.

Currently, California’s salmon industry is valued at $1.4 billion in economic activity annually and about half that much in economic activity and jobs again in Oregon. The industry employs tens of thousands of people from Santa Barbara to northern Oregon. This is a huge economic bloc made up of commercial fishermen, recreational fishermen (fresh and salt water), fish processors, marinas, coastal communities, equipment manufacturers, the hotel and food industry, tribes, and the salmon fishing industry at large.
Please check out our new salmon video here: http://www.youtube.com/watch?v=q0ct3gSUiTU

# # # #
Media contact: Michael Coats, michael [at] coatspr.com or (707) 935-6203
Add Your Comments
Support Independent Media
We are 100% volunteer and depend on your participation to sustain our efforts!