by Liz Highleyman
Several hundred people gathered throughout the day in San Francisco on September 17 to celebrate the 1-year anniversary of Occupy Wall Street, emphasizing that banks still have not been reigned in. 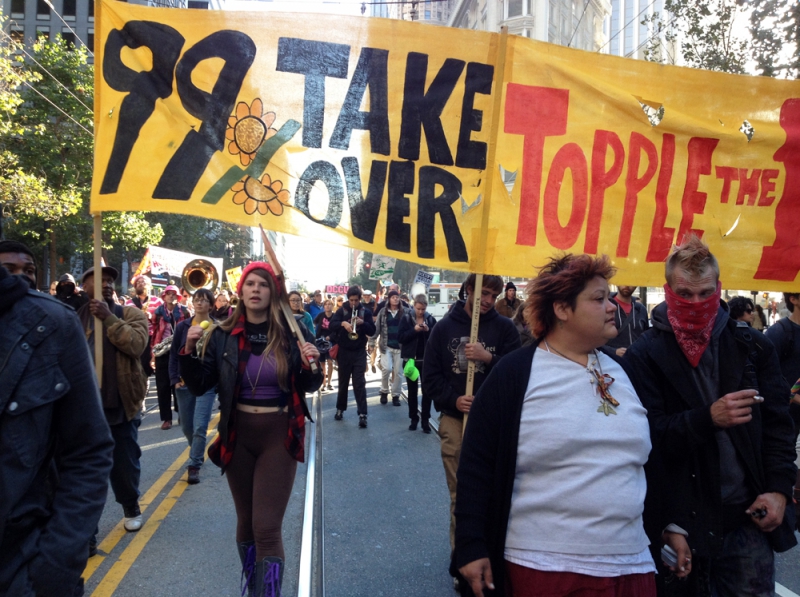 original image (1000x747)
Activists gathered mid-day at Justin Herman Plaza -- former site of the Occupy SF camp -- and marched down Market Street and through the financial district. Meanwhile, a group organized by Community Not Commodity/OccuPride and others rallied and marched in the Castro, known as the city's gay neighborhood.

Protesters called attention to the fact that banks have still not been held accountable for triggering the ongoing financial crisis. While the banks got bailed out, people got sold out, with many losing their homes to foreclosure. In the Castro, the dot com boom of the late 1990s sparked a wave of evictions (often of long-time elderly and HIV-positive people) as rents escalated and homes were turned over for profit -- a trend that is now affecting the Mission, the Excelsior, the Bayview, and other previously affordable neighborhoods.

At 5 pm, participants in the various actions throughout the day converged at the former Bank of America Center at 555 California Street downtown, reaching an estimated several hundred people. The activists marched through the financial district, briefly taking over Market Street, before ending the action in front of a Well Fargo branch.

§Street theater in the Castro, Community Not Commodity
by Liz Highleyman 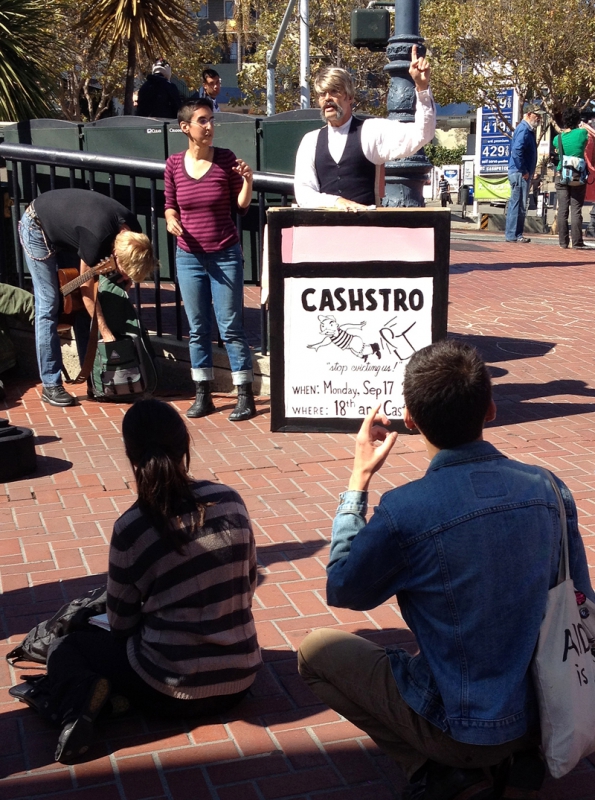 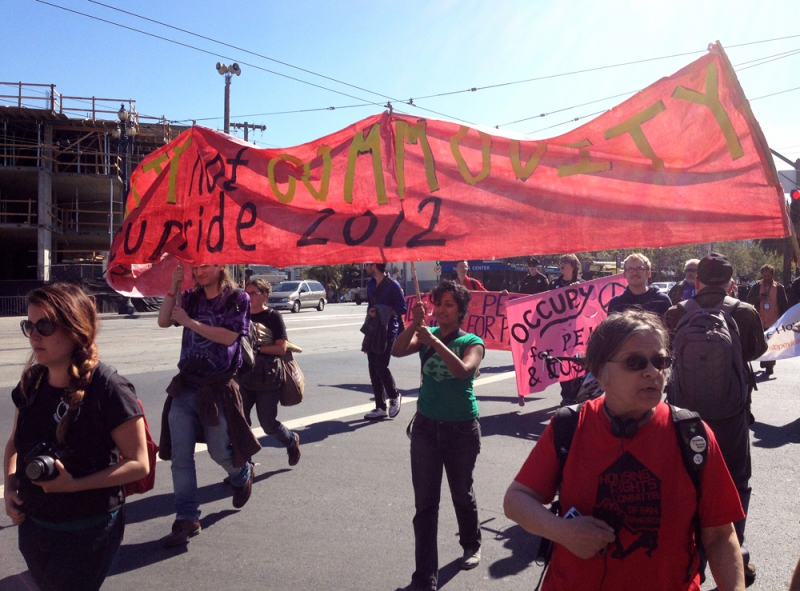 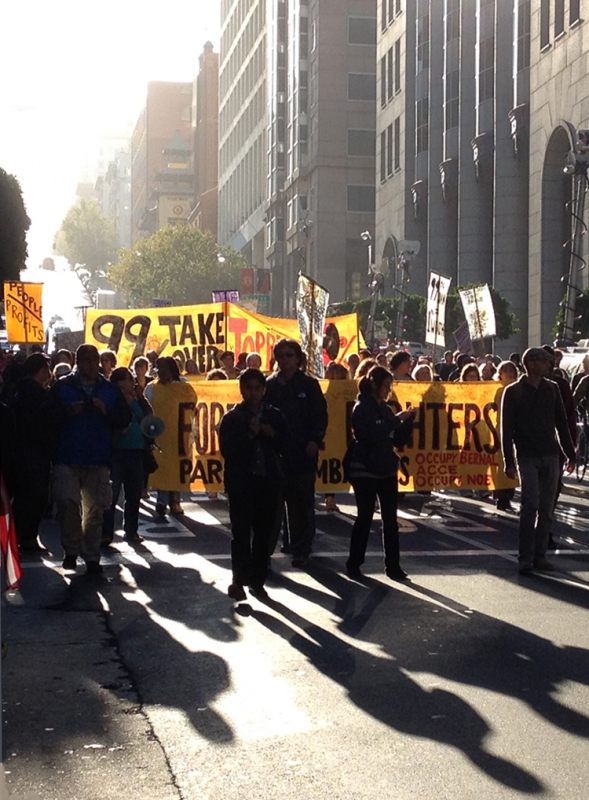 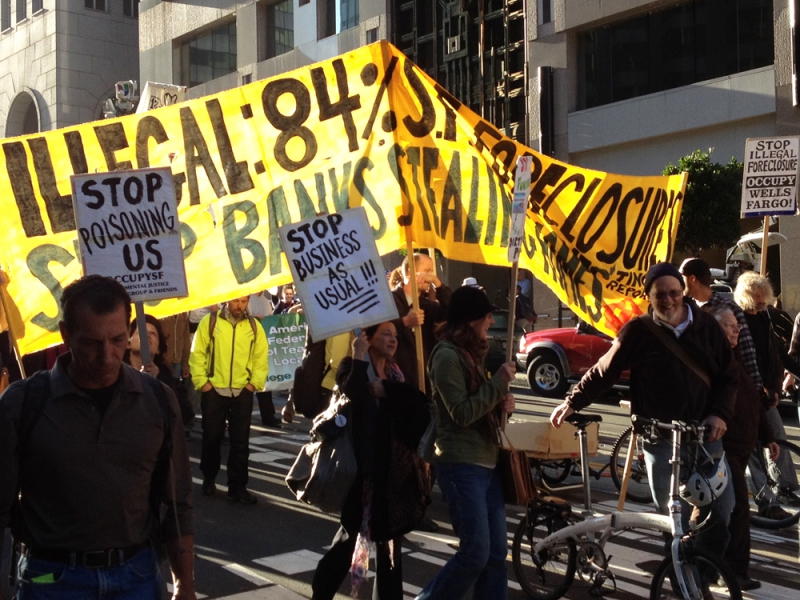 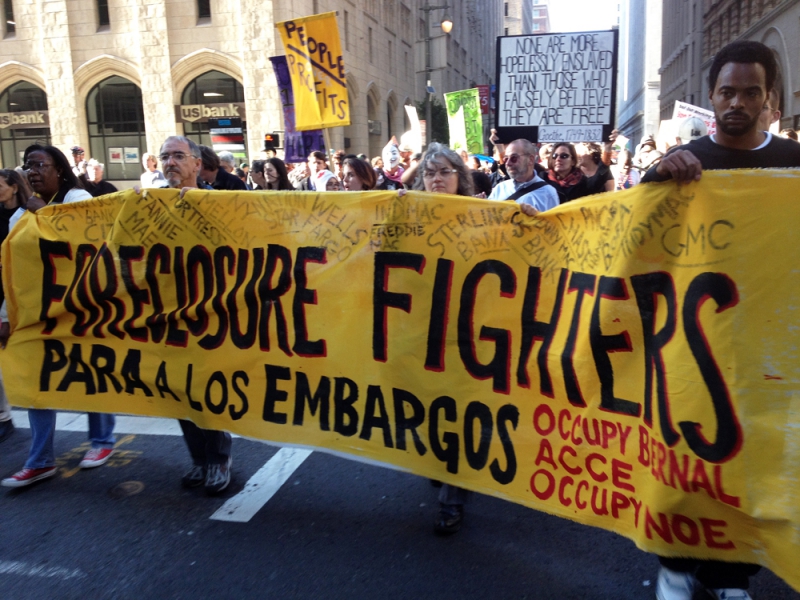 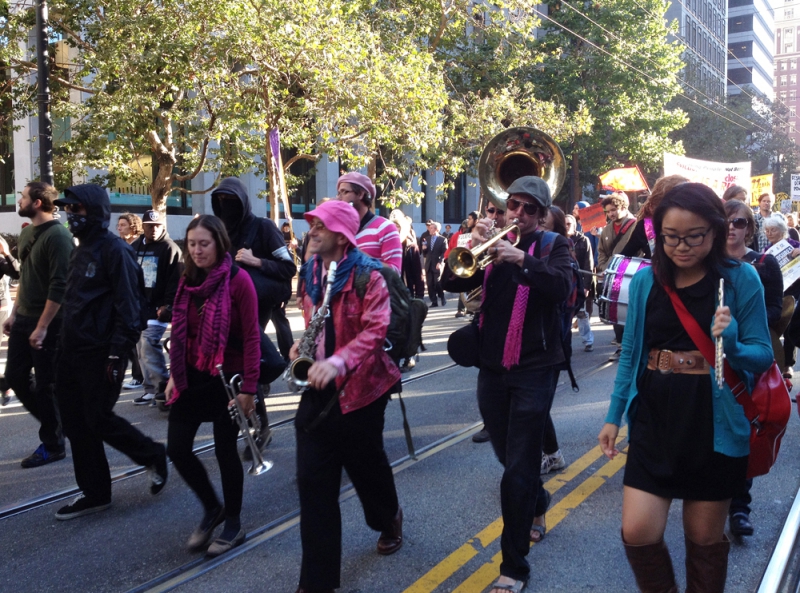 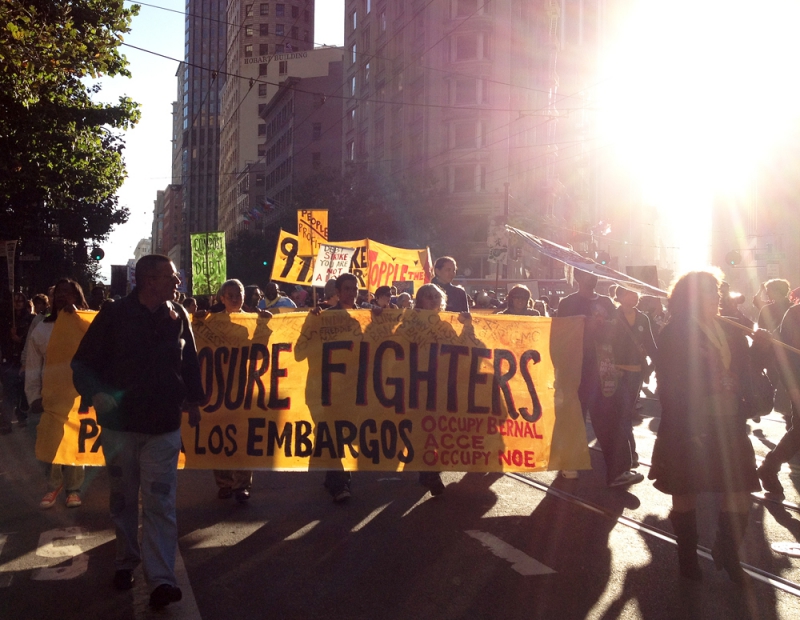 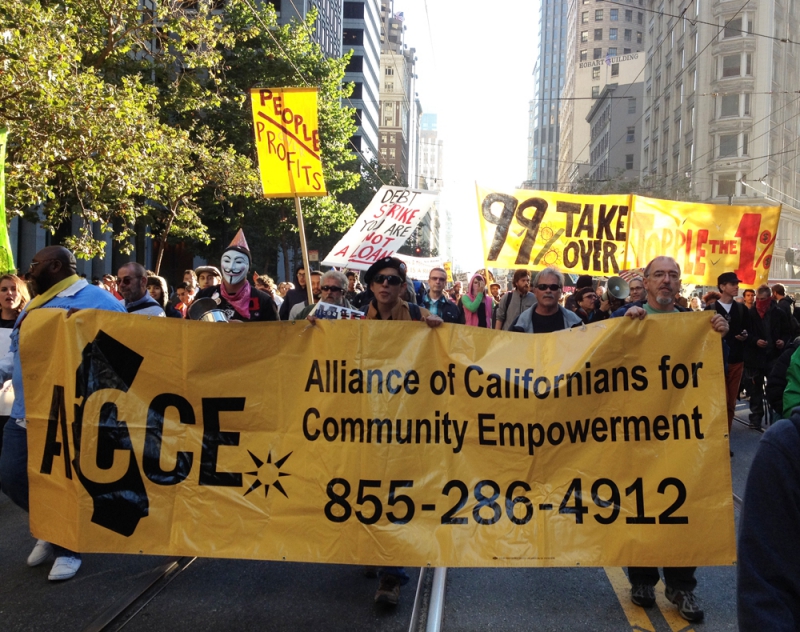 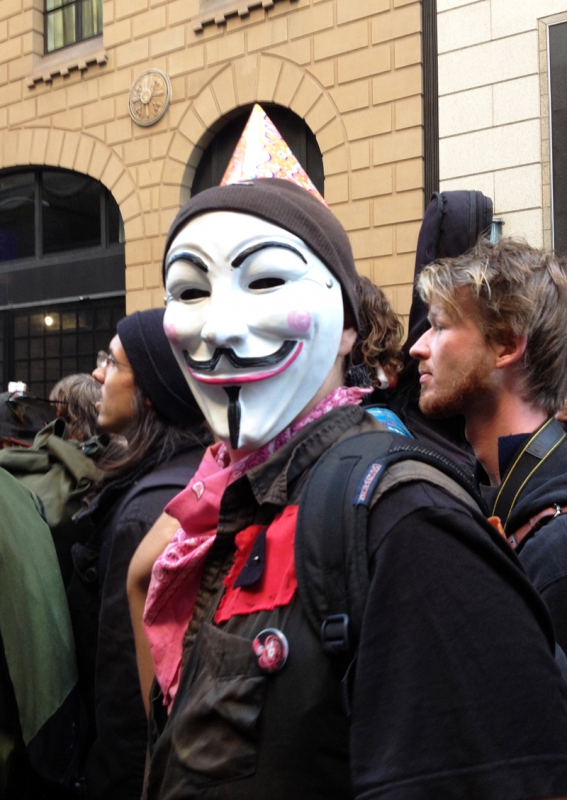 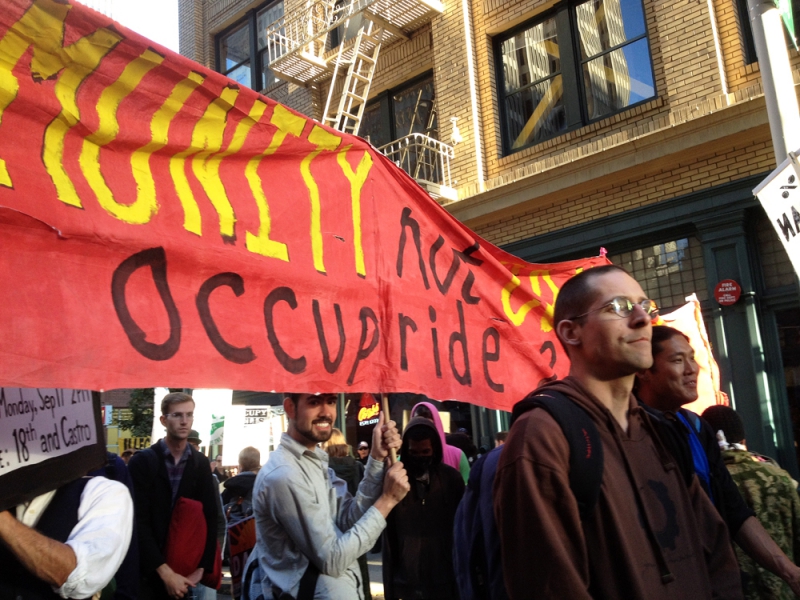 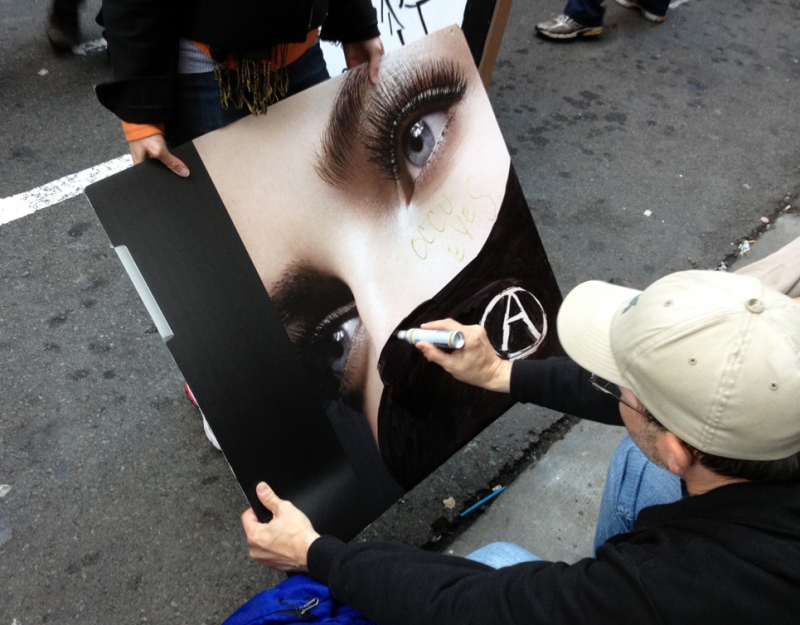 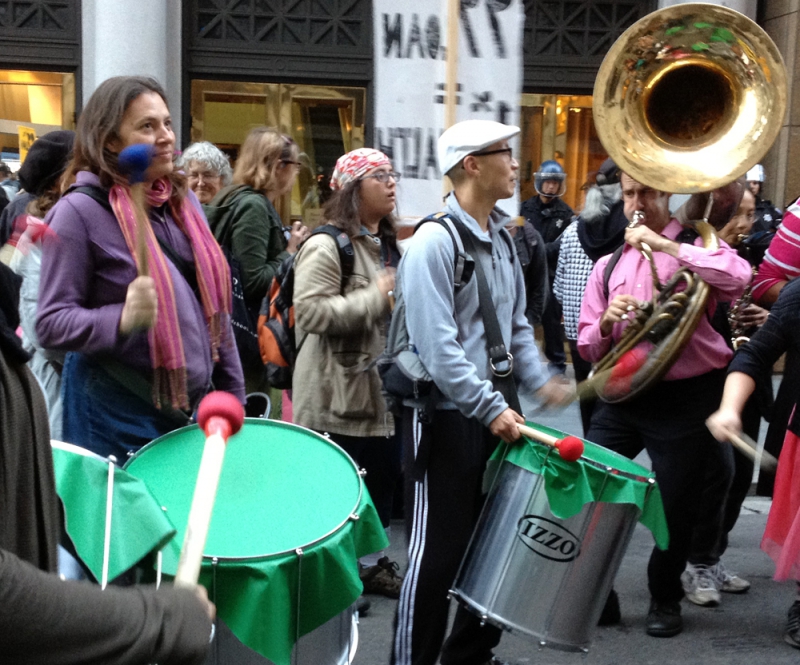 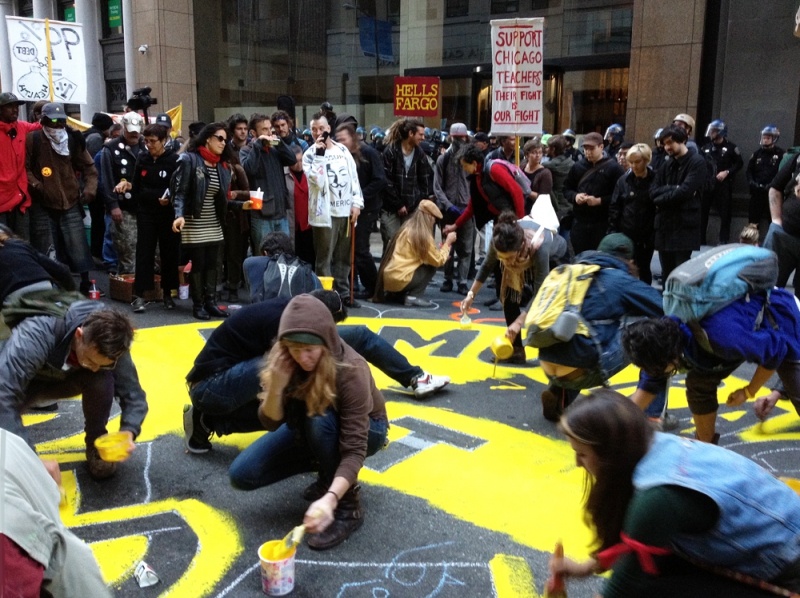 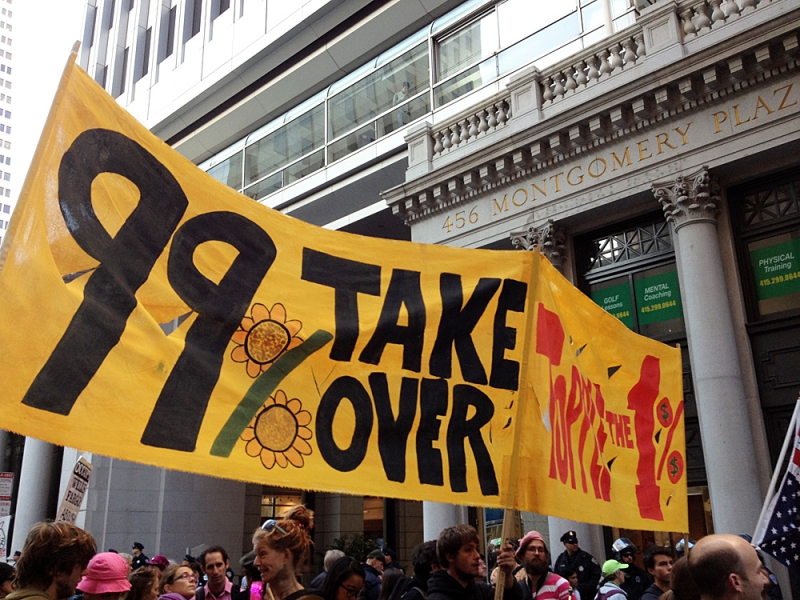 original image (1000x750)
Add Your Comments
Support Independent Media
We are 100% volunteer and depend on your participation to sustain our efforts!