Add an Event
Newswire
Calendar
Features
Home
Donate
From the Open-Publishing Calendar
From the Open-Publishing Newswire
Indybay Feature
Publish to Newswire
Add an Event
Related Categories: San Francisco | Global Justice & Anti-Capitalism
Occupy's 1st Anniversary Was a Party with Politics in San Francisco, Part II
by Peter M
Tuesday Sep 18th, 2012 12:40 AM
A large number of peaceful but rowdy protesters came out on September 17 in San Francisco to mark the first anniversary of Occupy Wall Street. The street party ended with the symbolic tearing-up of debt papers in front of corporate Wells Fargo offices downtown. At its height, around 5:30, the march filled two city blocks with banners, signs and the Brass Liberation Orchestra. Smaller actions, which fed into the final march, took place earlier in the afternoon. 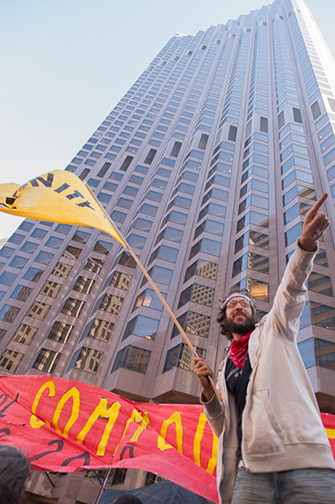 The idea of a debt strike, symbolized by the trash can protesters filled with "debt papers" Monday, is one of the trends coming out of Occupy Wall Street that may have a far-reaching effect, according to observers. Fighting foreclosure is another, as are environmental issues, brought to the forefront in the Bay Area recently by an explosion at the Chevron plant in Richmond that blackened the skies of the East Bay. Mainstream television, radio and newspapers were out in full force Monday, affecting surprise Occupy is still alive. However, more large actions are less likely than community-oriented organizing for the time being.
http://www.streetdemos.net
§Fighter
by Peter M Tuesday Sep 18th, 2012 12:40 AM 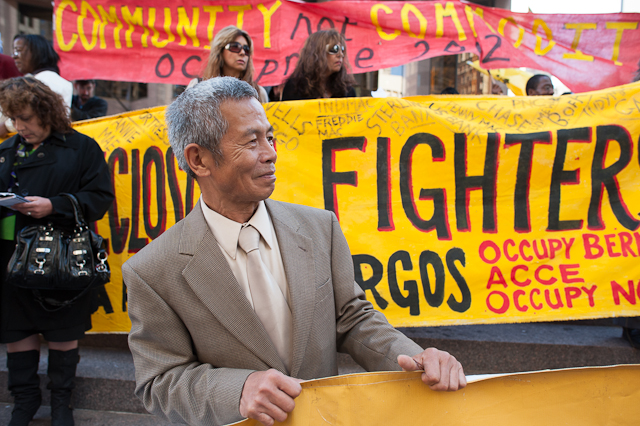 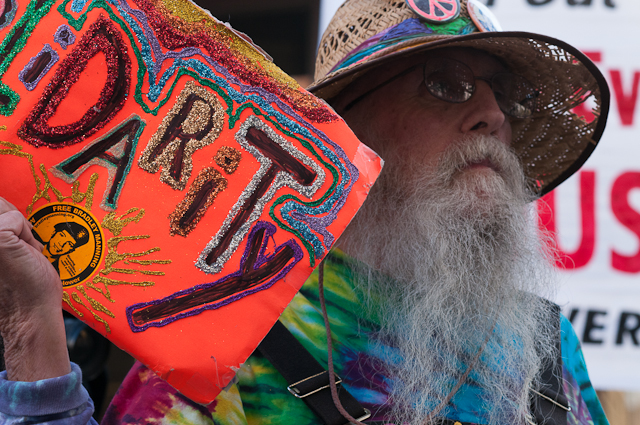 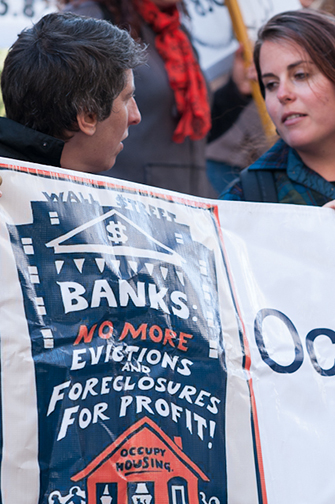 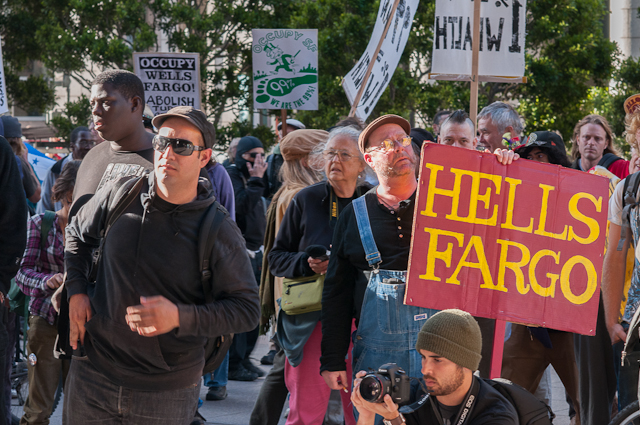 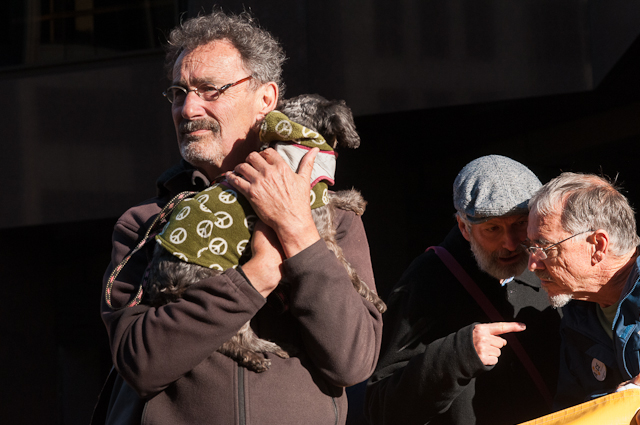 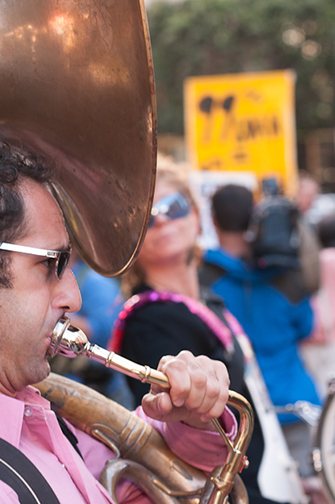 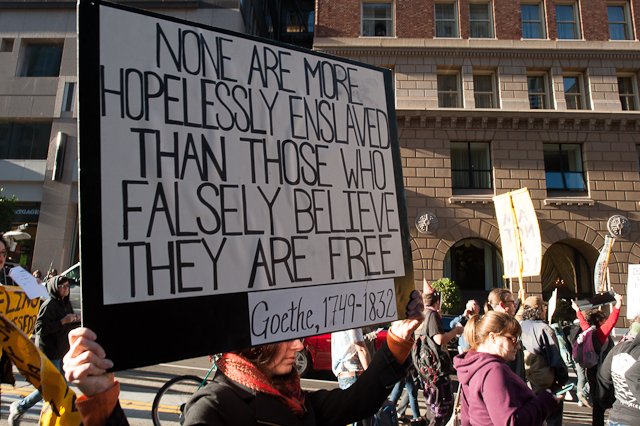 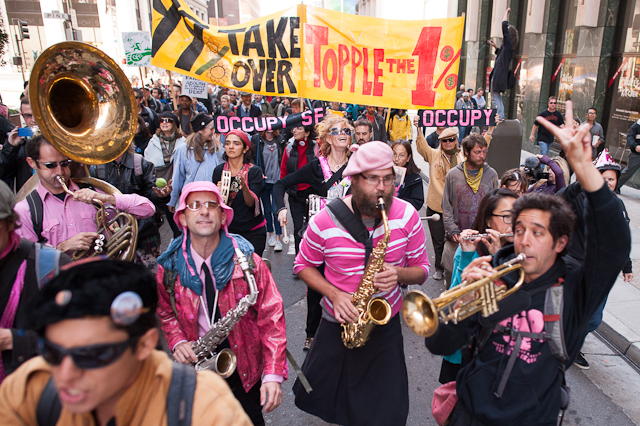 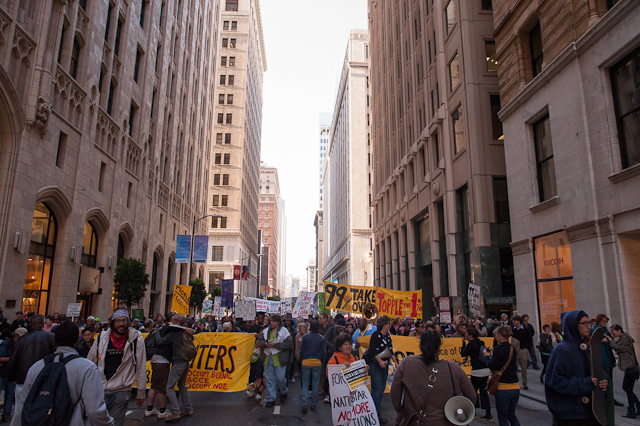 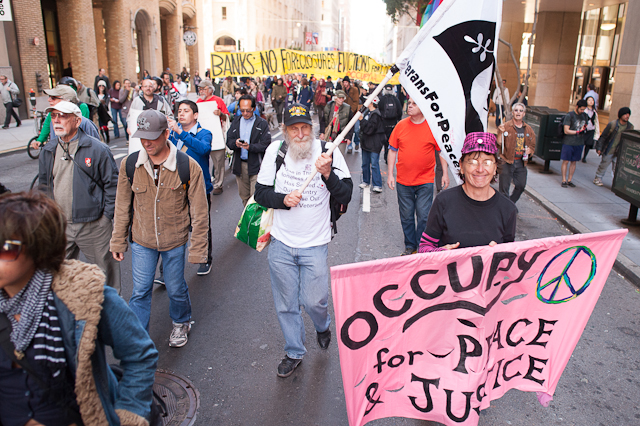 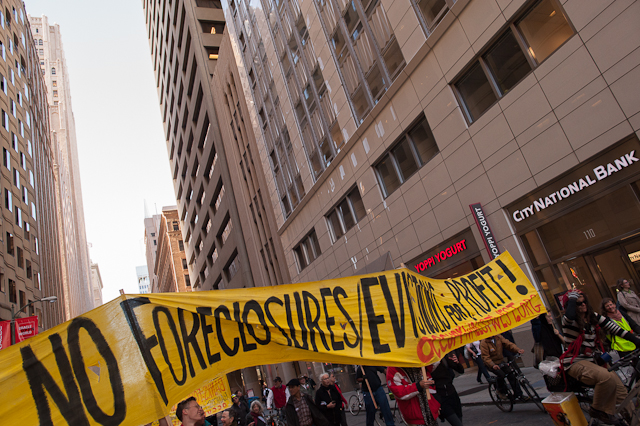 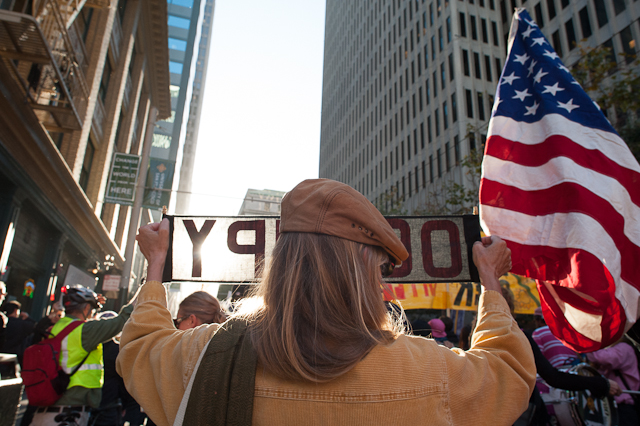 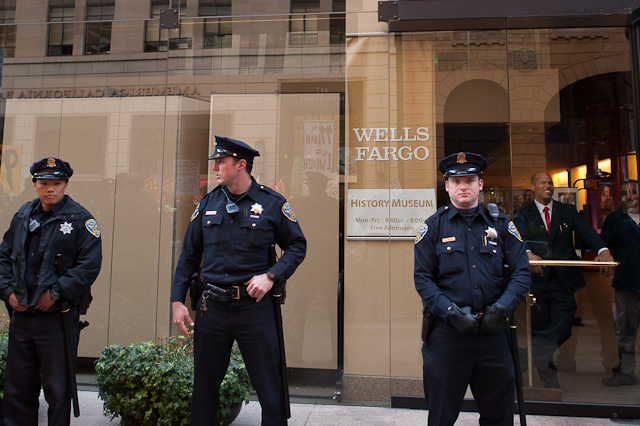 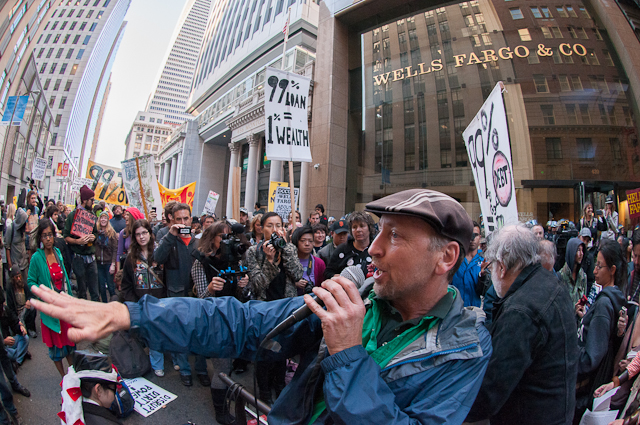 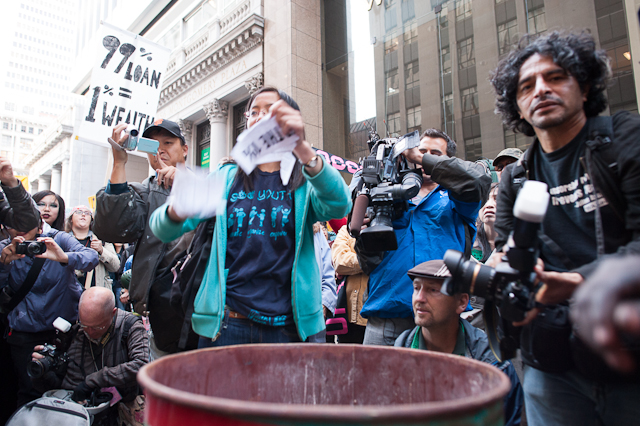 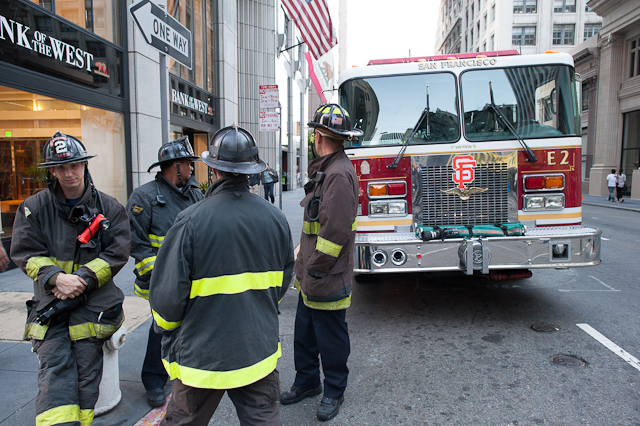 These firemen were waiting in case the debt papers were set alight. It would have been a cue for the police to intervene as well. They seemed ashamed to have their picture taken.
http://www.streetdemos.net
§Food for all was served
by Peter M Tuesday Sep 18th, 2012 12:40 AM 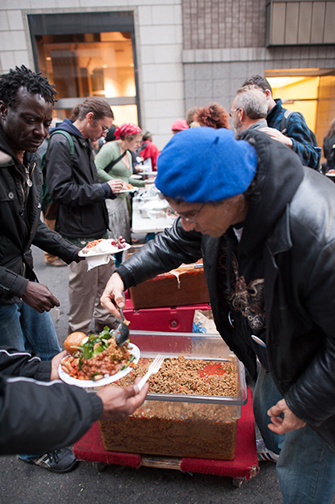 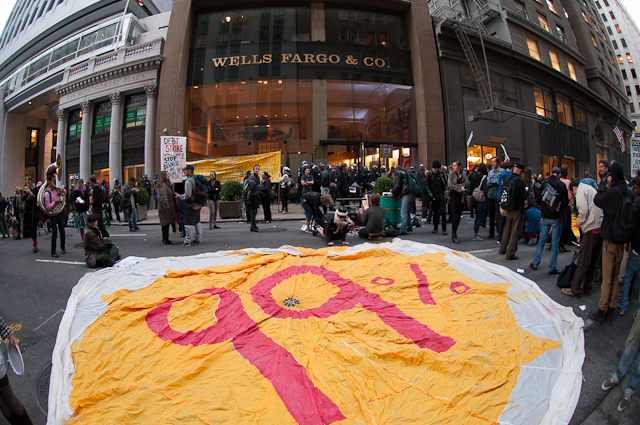 Let's not forget . . .
http://www.streetdemos.net
Add Your Comments
Support Independent Media
We are 100% volunteer and depend on your participation to sustain our efforts!