Add an Event
Newswire
Calendar
Features
Home
Donate
From the Open-Publishing Calendar
From the Open-Publishing Newswire
Indybay Feature
Publish to Newswire
Add an Event
Related Categories: U.S. | Animal Liberation
Revised Sept 17: Romney Ryan Record Of Animal Abuse
by ARC
Monday Sep 17th, 2012 10:35 AM
In 1997 Romney bought German animal torture company Behring and expanded its animal research to Miami, Florida renaming it Dade Behring. He invested in
slaughterhouse products, brought brutal rodeo into the nonviolent Olympics, had an aggressive promotion of toxic animal flesh ads on Clear Channel, refused to sign a bill acknowledging the right of students to refuse to dissect animals in biology classes, filled the state wildlife agency with that 4.5% of the population which hunts,
treated his family dog terribly while breaking Massachusetts law. He has harmed millions of animals. He said "I've always been a rodent and rabbit hunter." Rob Portman, touted as a possible vice presidential candidate, is a leader of the drive to bring hunters into the national parks, endangering citizens, their children, and international tourists, not to mention the animals. Paul Ryan voted no on protecting horses and burros. Ryan has voted consistently for rancher and dairy industry subsidies which benefit Wisconsin agribusiness cartels. 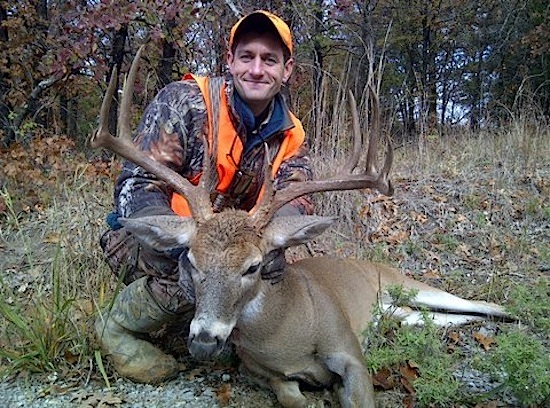 
Romney initiated, despite the protest of many humane societies and animal rights groups, brutal calf roping rodeos in the Olympics, events in which calves, horses and bulls have their necks broken, their legs fractured. Romney, prevented Massachusetts students from avoiding brutal dissection, kept hunters and fishers disproportionately on Massachusetts agencies, bought vivisection companies, tithes to the Mormon church which owns the biggest cattle ranch in Florida etc.

1. ANIMALS KILLED IN WARS ROMNEY SUPPORTS
supported every illegal animal-bombing war of our government, (wanting 50,000 more troops but not his own 5 sons to go to war). In the wars he supported, bears have been sealed forever into caves in which they hibernated, birds have been burned by bombs, animals have been blinded, donkeys and dogs have been shot at checkpoints, dogs have been blown apart as minesniffers, dolphins forced into being bomb carriers, etc.

2. ROMNEY BOUGHT GERMANY ANIMAL RESEARCH COMPANY AND EXPANDED IT
bought a German vivisection company Behring in 1997 as the only voting stockholder of Bain Capital, which entity he acquired with the help of LDS capital. He renamed Behring Dade Behring and expanded its animal research to include Miami Florida. That company is now Siemens.

3. RYAN ROMNEY'S SELECTED VP CANDIDATE VOTED FOR HUNTING IN OUR NATIONAL PARKS
Paul Ryan, Romney's pick for the Republican VP candidate, voted to bring hunting to our national parks. Where do you stand, Mr Romney, on Mormon senator Tester, a cattle rancher, leading the Senate Republican drive to have hunters stalk animals in our
national parks? In addition, Senator Rob Portman, once touted by Romney operatives as
a vice presidental possibility, is working to have hunting in our parks, hunting
which endangers tourists, children, and animals.

Rodeos frequently break the necks and legs of humans, calves and horses.

5. ROMNEY VETOED A BILL WHICH RECOGNIZES STUDENT RIGHT NOT TO DISSECT ANIMALS

The bill was passed by the Massachusetts legislature and vetoed by Romney. It would have acknowledged student rights not to carve up animals birds and reptiles in biology classes.

6. ROMNEY BROKE MASSACHUSETTS LAW IN TRANSPORTING THE FAMILY DOG ON THE ROOF FOR 1200 MILES.

Romney appointed a raft of animal unfriendly people to the state Fisheries and Wildlife Board, says, HSUS, even though Massachusetts voters overwhelmingly passed a ballot measure calling for more animal protection..

8.ROMNEY SELECTED A BOWHUNTER AS HIS RUNNING MATE

Romney's list of corporate contributions includes thousands of animal abuse conglomerates such as those who contribute to the socalled Center For Consumer Freedom, an animal rights attack site.


11. ROMNEY IS FINANCIALLY LINKED TO THE MORMON ESTABLISHMENT ANIMAL ABUSE

gave to and received millions from the Mormon establishment whose Utah senators work to protect the many factory farms, ranches, and slaughterhouse operations owned by Mormons. Mormon controlled Utah is one of 2 states which have outlawed the filming of factory farms, slaughterhouses, fur farms, animal research operations. The LDS church owns the biggest animal concentration camp in Florida, Deseret Ranches, with holdings of over 312,000 acres in 3 Florida counties, as well as Farmland Reserve Ind, owning 228,000 acres in Nebraska, 51,600 in Osage County Oklahoma etc. etc.and gave Romney money to buy Bain Capital. When Ezra Taft Benson, Mormon, was Secretary of Agriculture in the Eisenhower administration, he heavily promoted animal flesh and dairy products.

It is largely Republicans who belong to the Safari Club, a gathering of rich trophy hunters who go around the world murdering rare endangered species animals from helicopters or with highpowered rifles. There is a higher percentage of Republicans than Democrats who dine on osso buco (the flesh of a baby calf electroded away from his mother), caviar (eggs ripped from sturgeons), on pate de foie gras (made by forcefeeding geese with tubes stuck down their throats).

Those who like Romney are invested in animal slaughter must be silent about their correlation to global heating, to famine, drought, many varieties of cancer, heart attacks and strokes, food poisoning, kidney breakdown, etc.

15. AS HEAD OF BAIN CAPITAL INVESTED IN ANIMAL SLAUGHTER IN SEVERAL WAYS

invested Bain Capital in animal slaughter as its president, CEO and only voting stock owner. Domino's Pizza is one of the meat purveyors that Romney bought.

The Mormon church to which Romney has given millions, a church which does less charity than others and which funnels the virtually forced tithing of its members into more businesses than other churches, helped Romney purchase Bain Capital and forbids caffein, dioxypurine, but is silent about the far more harmful and addictive trioxypurine (uric acid, pre-urine) in animal flesh, the chief cause of crippling arthritis. A US government study comparing Adventists (a religion promoting vegan diet) to Mormons, since neither group advocates smoking or drinking. The study found that the average 7th Day Adventist lives 7 years longer than the average Mormon.

Recently a study by Harvard, itself the biggest gobbler of vivisection dollars from the US Government with an investment portfolio heavily invested in animal flesh, nevertheless found with a 28 year study of 21,000 people that those who ate 3 ounces of mammal flesh daily were 13% more likely to die before the study was completed.

Ryan is a member of the blood sports caucus of Congress.

Normally psychopathic serial killers like to hide their deeds, but many bowhunters like Ted Nugent who threatened the life of President Obama recently and was questioned by the Secret Service are like Congressman Paul Ryan. They advertise their sadism, some even forming into groups called "Christian Bowhunters", the diabolical opposite of Jesus, the Good Shepherd. In the picture above, Rudolph has been slain but it is Ryan who has the red nose. Is it from the cold or alcohol? Rifles are more accurate and less painful than bowhunting. The only reason for bowhunting is male ego. Arrow shafts go several inches into the muscles, the tendons, the eyes, the nose, the testicles or other parts of deer and other hunted animals.

Paul Ryan is a noodler. He likes to catch catfish barehanded. Does he then a. strangle them? b. throw them in a corner slowly to suffocate c. chop off their heads d. throw them back having harmed them for 'sport'.

Why does he enjoy inflicting pain on helpless voiceless creatures?


Wisconsin has had more acknowledged Mad Deer (cervine spongiform encephalopathy) than any other state. Stalking hunters have been angered by the very careful investigation by the natural resources department of the state, to the point that Republican governor Walker, still in office because of Republican vote fraud in Wisconsin, and other Wisconsin Republican leaders in the state have promised to reduce the control of the wildlife department, thus endangering stalking hunters and everyone else in the state who eats lethally infected venison.

Only 4.5% of our nation kill mammals in blood sport or for meat. Nonegotistical hunters who want meat for their tables but do not like to cause unnecessary suffering use rifles not bows and arrows. One deer was seen still alive with 12 arrows sticking into him.

As head of the House budget committee, Ryan engineered hundreds of billions of dollars at a time to the illegal war in Afghanistan, thereby causing untold numbers of animals, birds to be crushed by tanks, burned and bombed, etc.

Noodling catfish is illegal in several states. Has Ryan broken the law?

Catfish are bottom feeders, meaning that like shellfish they are coprophagous, eating the waste of others... to eat them is a good way to contract hepatitis.

Picture is of bowhunter Paul Ryan with a deer he murdered.

Issues2000 does not consider the animal rights movement supported by billions
around the world to be important enough to list. Votesmart says it has no key
votes of Romney on this issue, underlining he has had no federal experience but
ignoring his 4 years as Massachusetts governor.

Writer doesn't know the politics of Jenny Brown but recommends her excellent
interview on the Diane Rehm Show.