Add an Event
Newswire
Calendar
Features
Home
Donate
From the Open-Publishing Calendar
From the Open-Publishing Newswire
Indybay Feature
Publish to Newswire
Add an Event
Related Categories: Santa Cruz Indymedia | Health, Housing & Public Services | Police State & Prisons
Selective Enforcement and Harassment by Santa Cruz Police on Pacific Avenue
by Bradley Stuart Allen (bradley [at] riseup.net)
Thursday Sep 13th, 2012 1:52 AM
On Wednesday, September 12, at approximately 7:45 p.m., Santa Cruz Police officers Travis Ahlers (Badge # 144) and Brian Warren (Badge # 154) parked the police car they were using on Soquel Avenue at Pacific Avenue. The officers recognized a homeless man who was on the Pacific Avenue sidewalk in front of New Leaf Market, while other people performed music. The man appeared to be walking south on the sidewalk when officer Warren called out "Frank" and told him to stop. 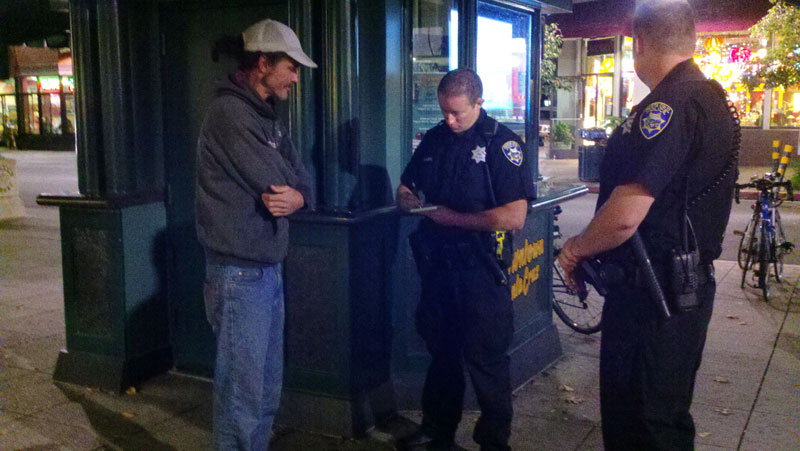 On the evening of September 12, I was standing an adequate distance away from the spot where Frank was being detained by the police. I did not say one word to the police or Frank. I was observing the detainment and had taken a single photograph when officer Travis Ahlers decided to turn his attention and harassment on me. Officer Ahlers, a large man and armed, walked away from officer Warren and Frank, and placed himself within inches of where I was standing while looking over my shoulder.

When officer Ahlers stood that close to me, I took steps to my left. Officer Ahlers then proceeded to take more steps in my direction, again placing himself within inches of where I was standing. The behavior exhibited by officer Ahlers at me is a form of bullying.

Wikipedia defines bullying as a form of aggressive behavior manifested by the use of force or coercion to affect others, particularly when the behavior is habitual and involves an imbalance of power. It can include verbal harassment, physical assault or coercion and may be directed repeatedly towards particular victims, perhaps on grounds of race, religion, gender, sexuality, or ability. The "imbalance of power" may be social power and/or physical power. The victim of bullying is sometimes referred to as a "target".

Bullying consists of three basic types of abuse – emotional, verbal, and physical. It typically involves subtle methods of coercion such as intimidation.

Bullying ranges from simple one-on-one bullying to more complex bullying in which the bully may have one or more 'lieutenants' who may seem to be willing to assist the primary bully in his or her bullying activities.

Bullying can occur in any context in which human beings interact with each other. This includes school, church, family, the workplace, home, and neighborhoods. It is even a common push factor in migration. Bullying can exist between social groups, social classes, and even between countries.

Officer Ahlers did not back up, but stated, "Well whose gonna watch the watcher."
I ask, "Why are you coming in my space?"
Officer Ahlers asks me, "What is it that you're doing today?"
I reply, "Shopping at New Leaf. What are you doing?"

By this point, officer Ahlers realizes that I am recording video. I turned my attention back on officer Warren as he issues Frank a ticket for allegedly smoking on Pacific Avenue.

As I record video, officer Ahlers asked Frank, the person being detained, "How do you feel about this guy video taping you?" Frank responded that he did not mind. On September 1, officer Ahlers also tried to get someone upset about me documenting, however the person didn't mind that time either.

The actions by officers Travis Ahlers (Badge # 144) and Brian Warren (Badge # 154) on the evening of Wednesday, September 12, are typical of the way many officers in the Santa Cruz Police Department interact with homeless people, as well as individuals such as myself who occasionally document the police.
http://bradleystuart.net/
§SCPD Officer Travis Ahlers Walks Towards Me
by Bradley Stuart Allen Thursday Sep 13th, 2012 1:52 AM 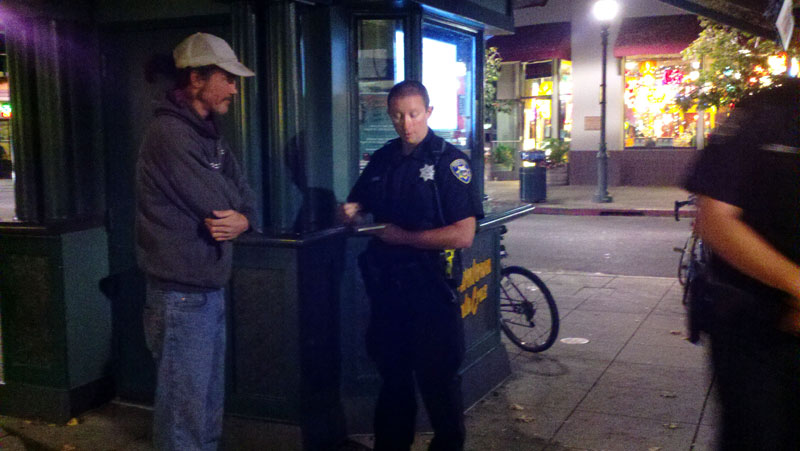 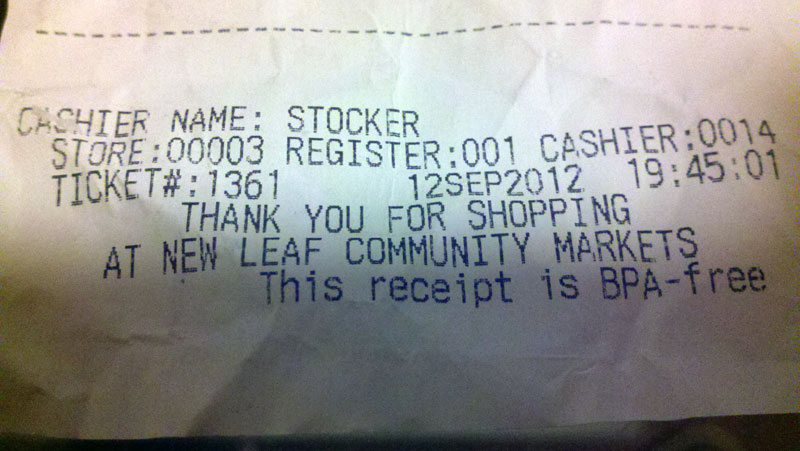 http://bradleystuart.net/
§Video addition
by Jacob Crawford Friday Sep 14th, 2012 11:16 PM
Copy the code below to embed this movie into a web page:
Download Video (48.8MB) | Embed Video
video 2:10
Add Your Comments
LATEST COMMENTS ABOUT THIS ARTICLE
Listed below are the latest comments about this post.
These comments are submitted anonymously by website visitors.