Back in March of 2009, our heads were still spinning after participating in a beautiful anti-police revolt and finding ourselves in a fundamentally transformed local terrain of social struggle that took shape in the aftermath of the rioting. We chose to release Unfinished Acts as a way to share our experiences as anarchists and antagonists within the rebellion and to help spread the contagion of revolt. Over three years later, we are once again excited to release Unfinished Acts, this time with significant additions, updates and a much needed copy and design edit!

Below are the revised edition production notes, links to download a high resolution version of the publication for printing as well as a low resolution version for viewing on screen. We have also linked to the publication on Issuu for flipping through online. This 2012 revised edition includes the following additions to the story of the Oscar Grant riots: a new preface, a lengthy forward tackling our project to destroy whiteness in the rebellions and beyond, a brief history of OPD, an analysis of our local enemies on the Left, a new account of anarchists' roles in the rebellions, an overview of anti-police movements near and far, the text "You Can't Shoot Us All" with a new introduction set as the conclusion to the publication and new illustrations and photos.

Please distro widely and replace previous versions of the publication with this final revised edition!

If you’ve read Unfinished Acts before, you might notice some things are different in this revised edition.

For starters, since its original printing, one of the main contributors was identified as having a pattern of sexual assault. After this person demonstrated no commitment to changing this pat- tern, he was asked not to show his face in our circles, and some of us committed to no longer distribute his writing. To this end, the writings and drawings of this contributor have been removed from this edition. While we have no illusions that these actions are necessarily effective in diminishing his future potential to do harm in other communities, we feel it is important to honor the collective decisions agreed upon by the majority of his former friends and comrades. The necessity of implementing this decision was the catalyst for the republishing of Unfinished Acts.

In light of the great number of rebels running in the streets of Oakland this last year, we also feel that now is an ideal moment to highlight ways in which the Oscar Grant movement prefigured much of the contemporary activity that has put Oakland at the forefront of social struggle in this country. We have added significant content to this end, as well as noted changes and developments from the last three years. However, we have strived to keep the Acts themselves in tact as important historical documents. 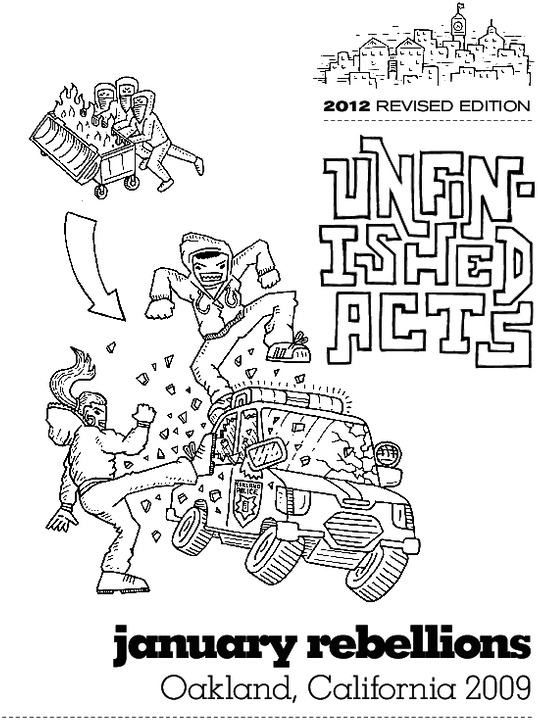 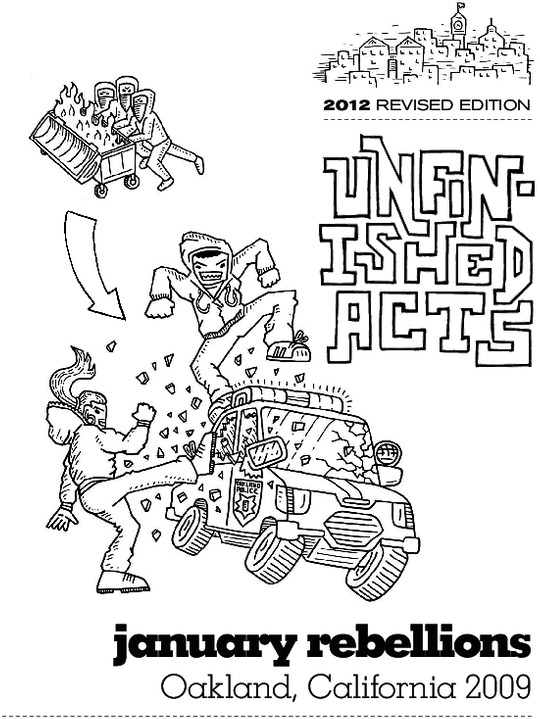 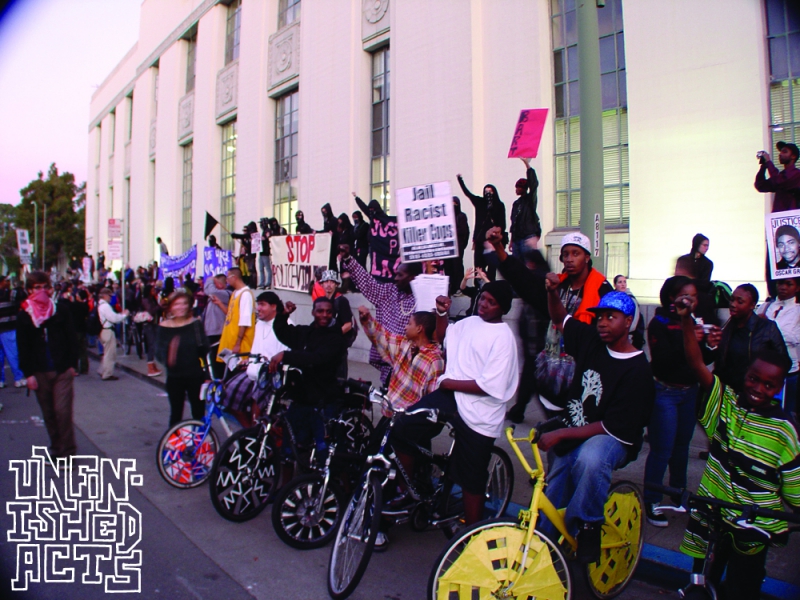 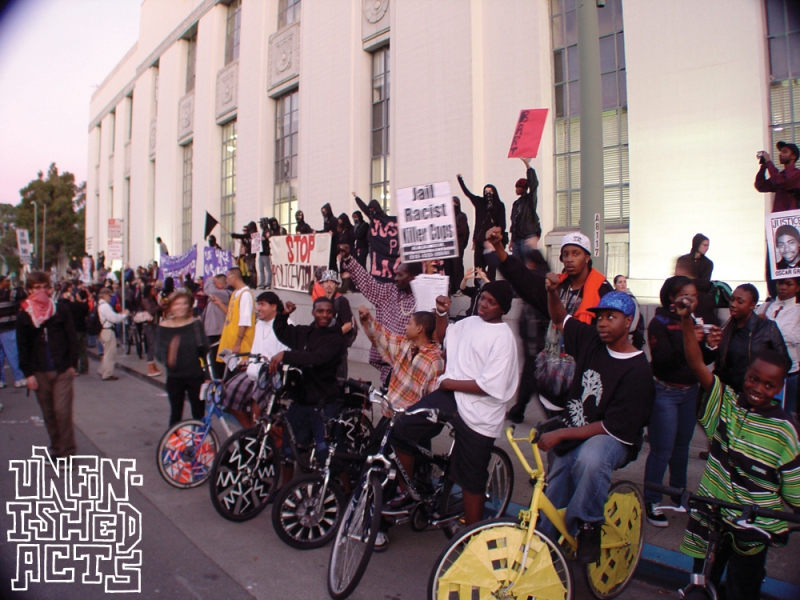 original image (1000x750)
color is better on this one
Add Your Comments
LATEST COMMENTS ABOUT THIS ARTICLE
Listed below are the latest comments about this post.
These comments are submitted anonymously by website visitors.