Add an Event
Newswire
Calendar
Features
Home
Donate
From the Open-Publishing Calendar
From the Open-Publishing Newswire
Indybay Feature
Publish to Newswire
Add an Event
Related Categories: California | Santa Cruz Indymedia | Drug War | Health, Housing & Public Services
First Harvest of 2012 for Wo/Men's Alliance for Medical Marijuana (WAMM)
by Bradley Stuart Allen (bradley [at] riseup.net)
Tuesday Sep 11th, 2012 12:48 AM
On September 9th, a single plant in the Wo/Men's Alliance for Medical Marijuana (WAMM) garden, the first of 2012, was harvested and trimmed. WAMM, established in 1993 and based in Santa Cruz, is well-known and widely-respected for being the first medical marijuana collective in the United States. WAMM founders Valerie Leveroni Corral and Michael Corral helped to craft California's Proposition 215, also known as the Compassionate Use Act of 1996, concerning the use of medical cannabis. 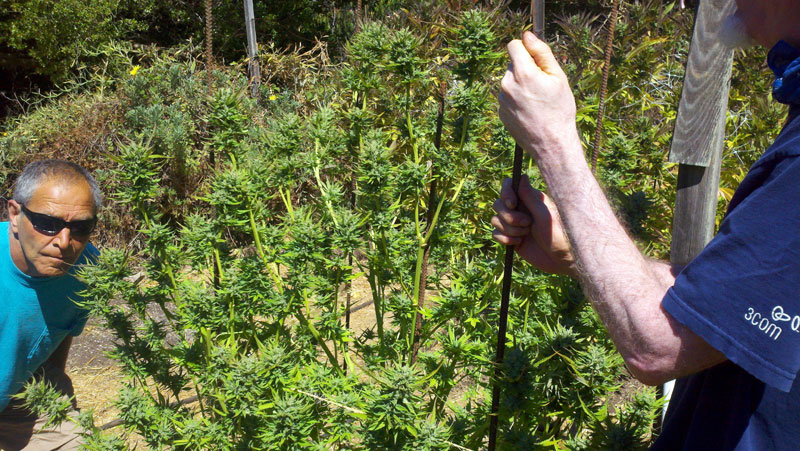 Collective members passed pruning shears as they each took at turn cutting off a branch of ripe buds from the Purple Indica cannabis plant. After all the branches ready for harvest were cut, they were brought inside and immediately trimmed.

Charley, a WAMM member who was recently "fired from hospice for not dieing", trimmed the first buds of the season.

For more information on the Wo/Men's Alliance for Medical Marijuana (WAMM), please visit:

The Anniversary of the WAMM Raid

Half an Ounce of Healing
By Evelyn Nieves, Mother Jones, 2001


Bradley Stuart Allen is a photographer, Indymedia volunteer and website developer living in Santa Cruz, California. All content is free for non-commercial reuse, reprint, and rebroadcast, on the net and elsewhere. Photo credit and a link to this article is appreciated. Support local, homegrown, independent media.
http://bradleystuart.net/
§Purple Indica
by Bradley Stuart Allen Tuesday Sep 11th, 2012 12:48 AM 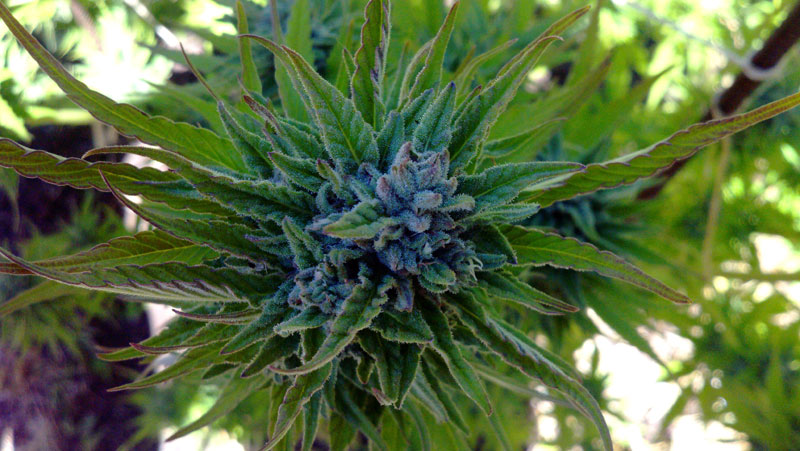 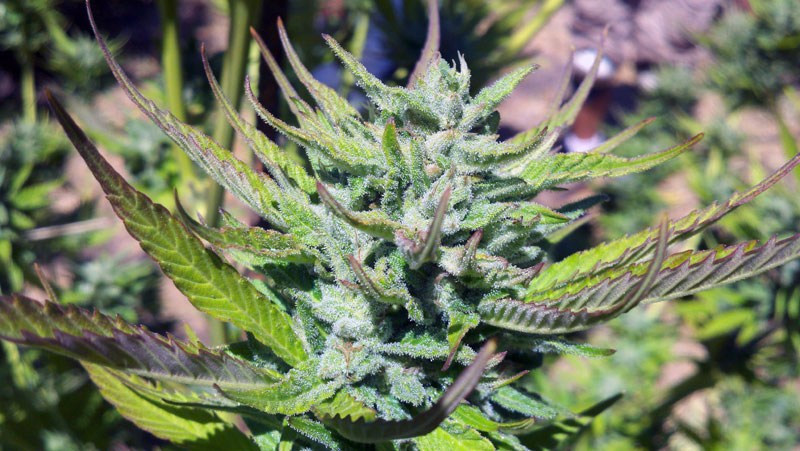 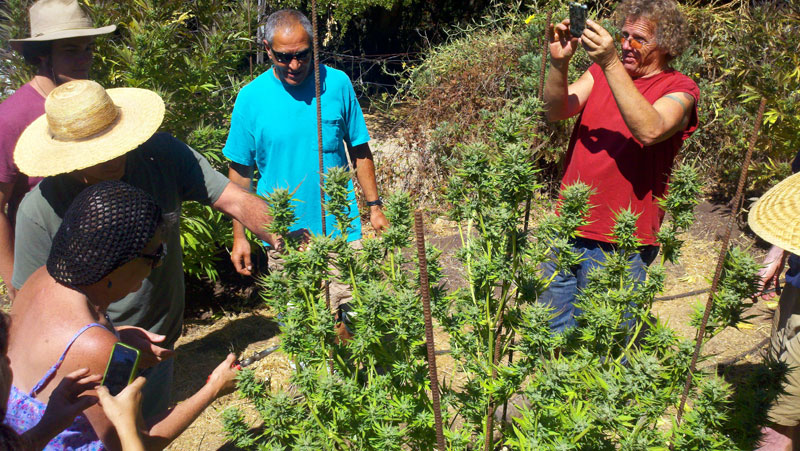 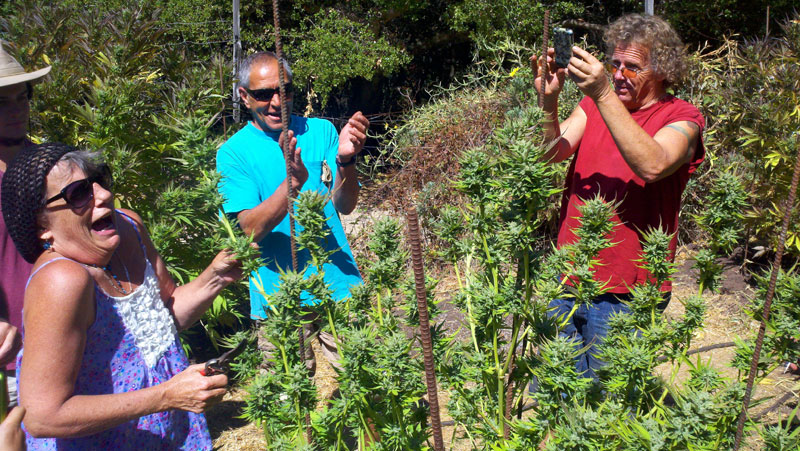 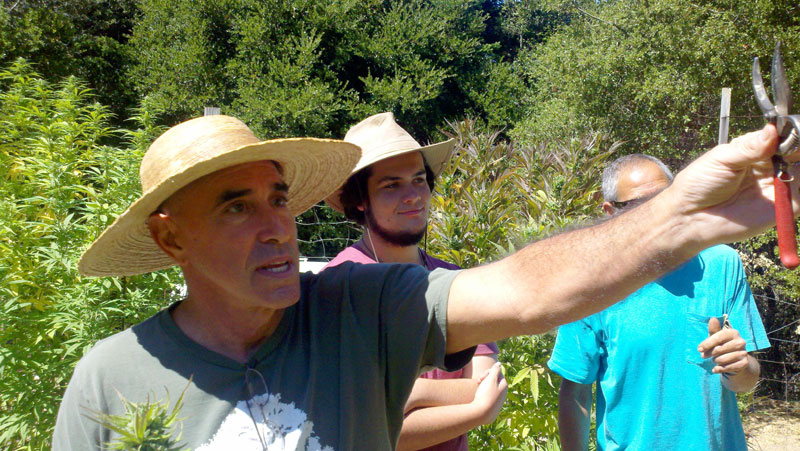 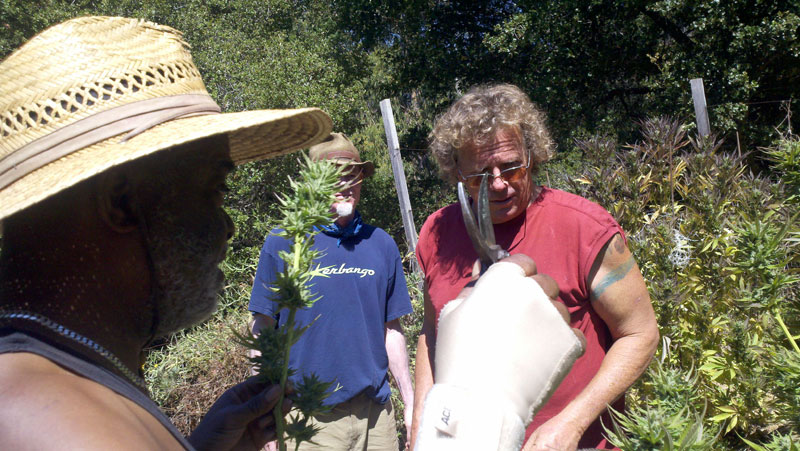 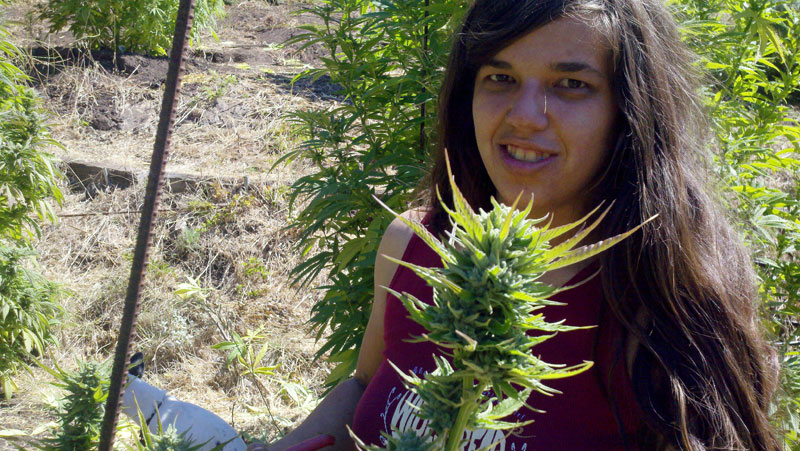 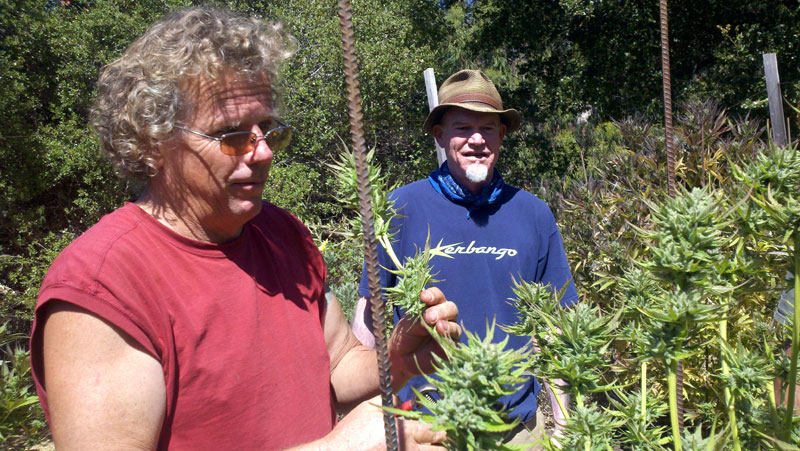 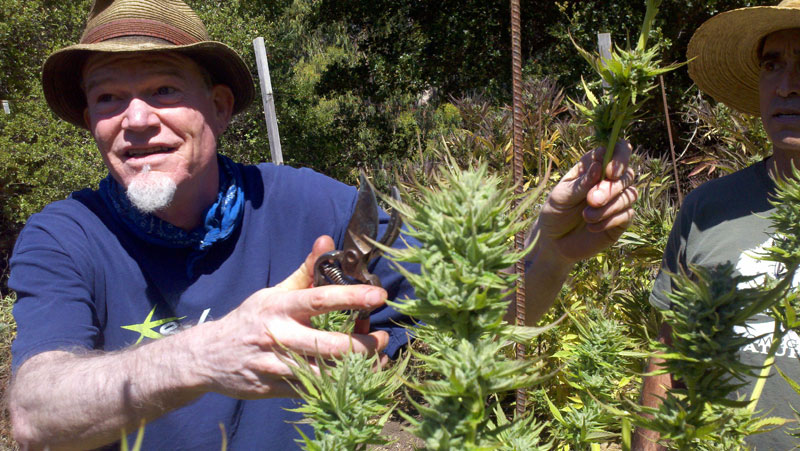 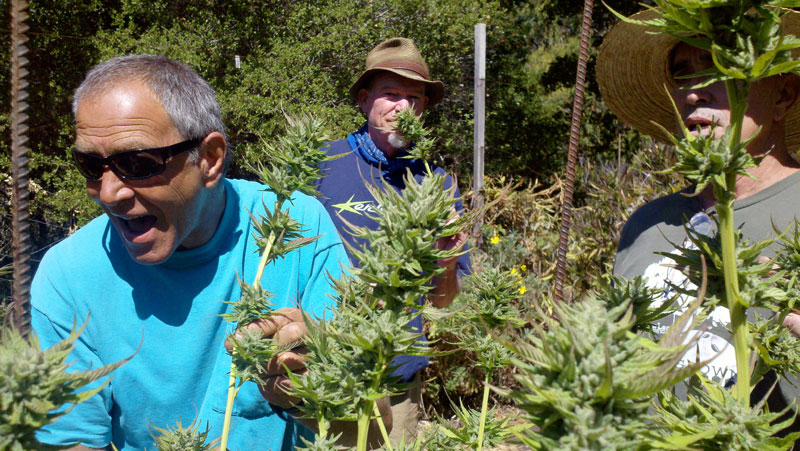 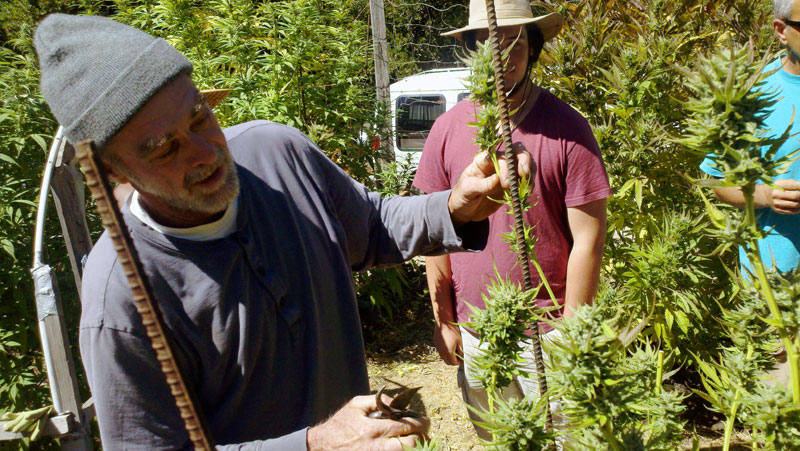 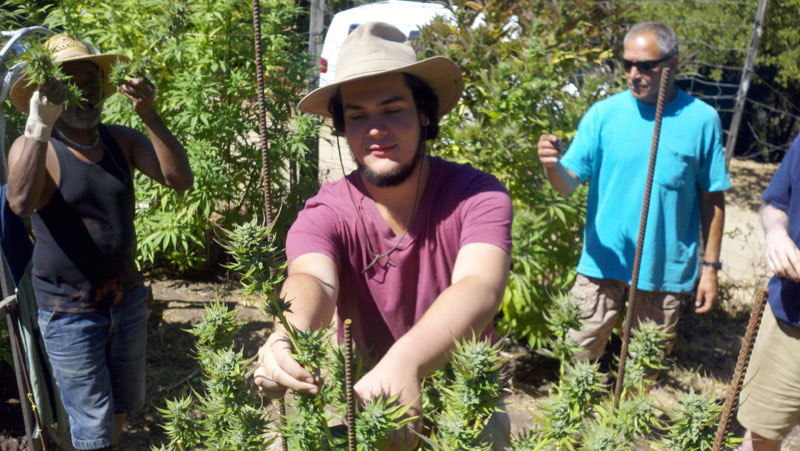 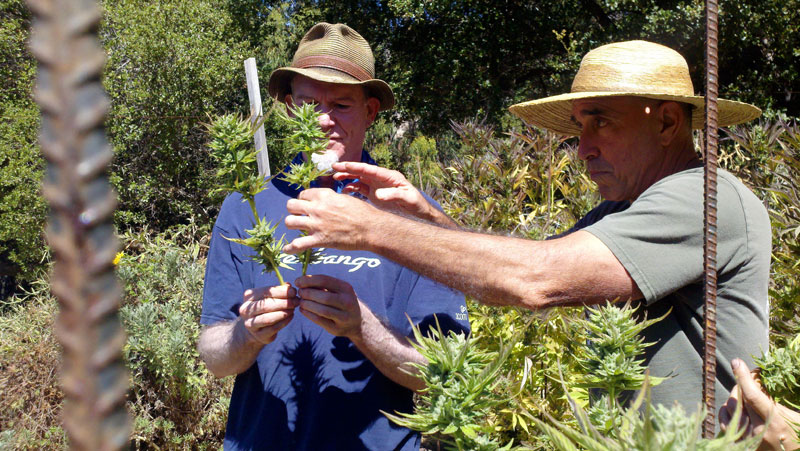 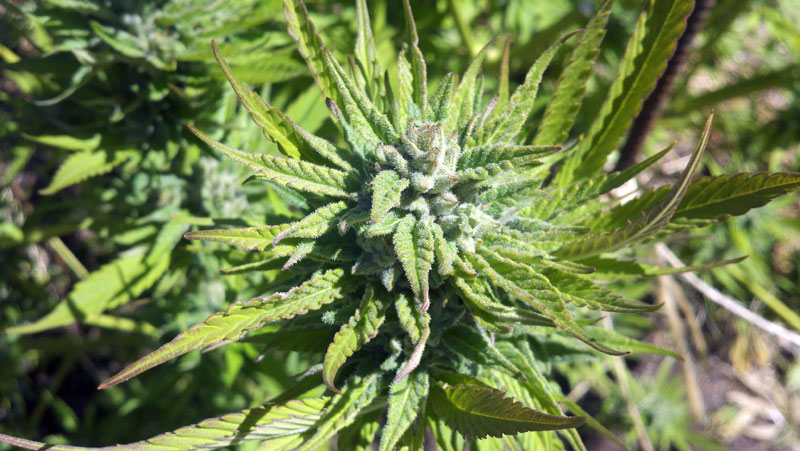 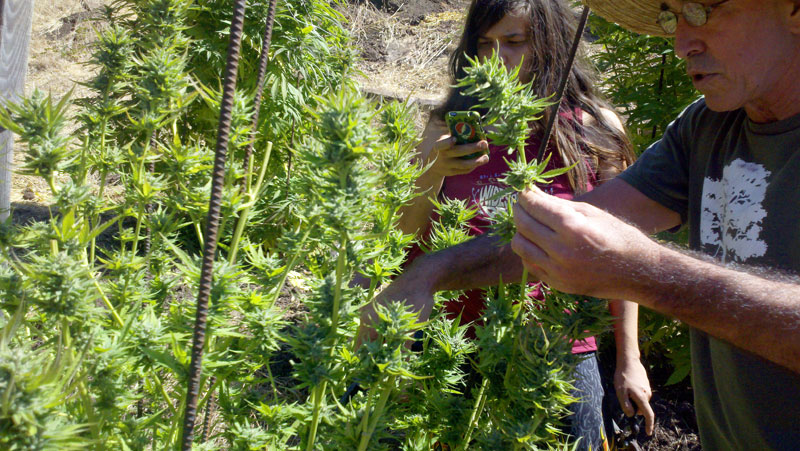 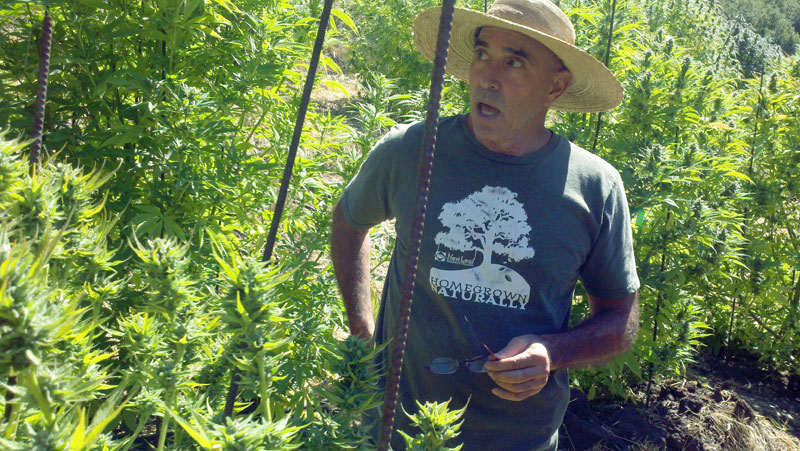 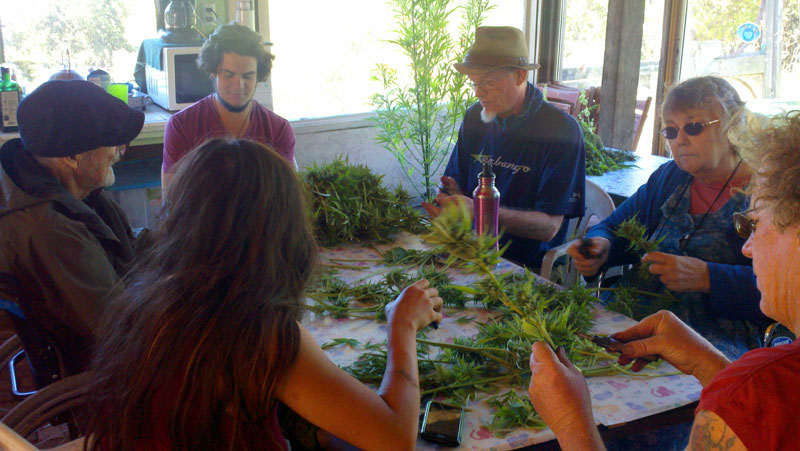 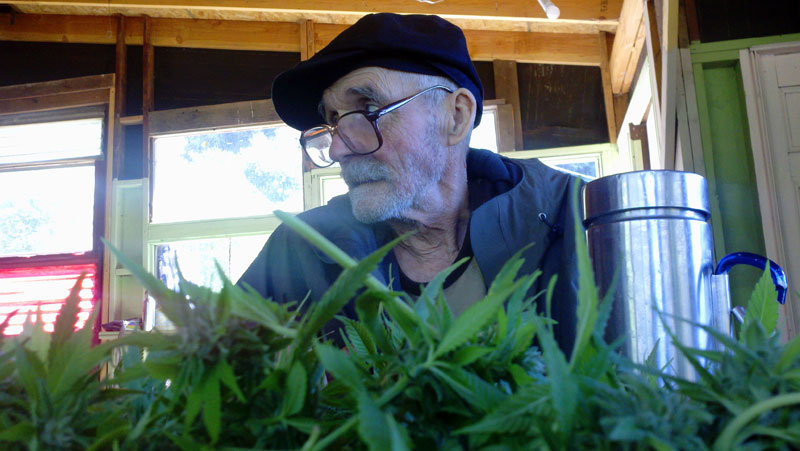 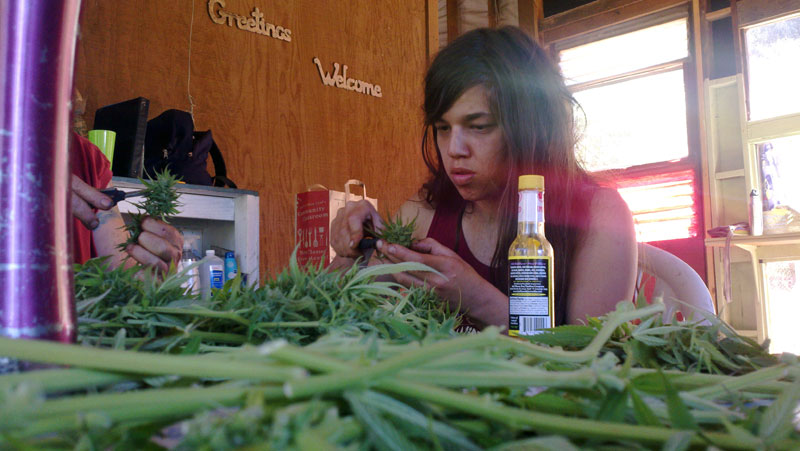 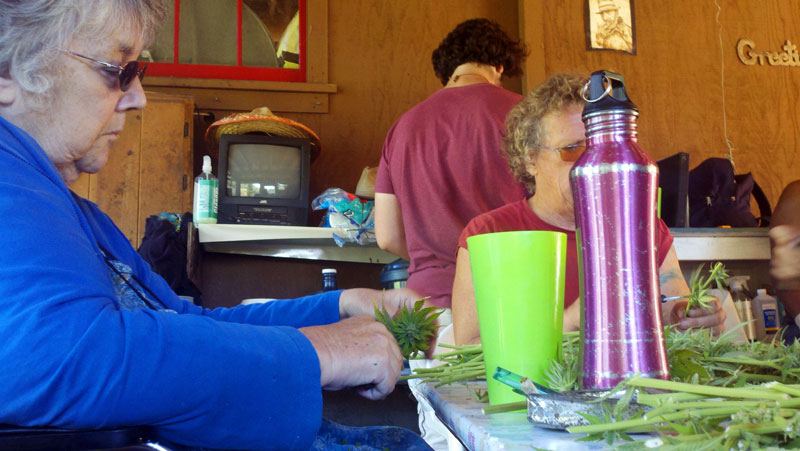 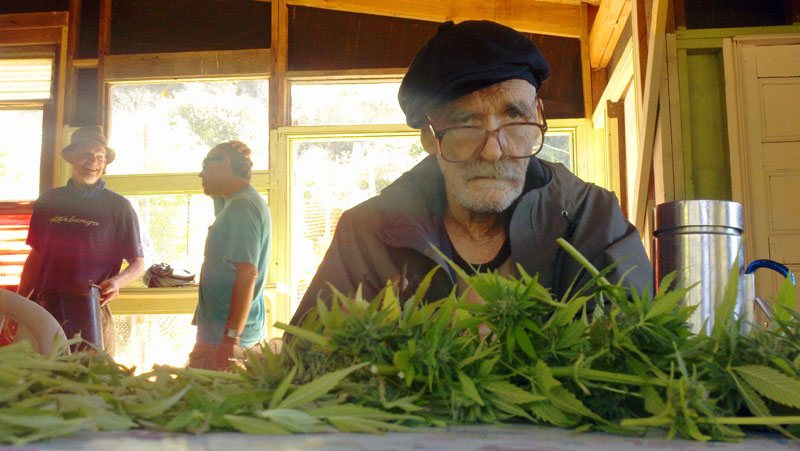