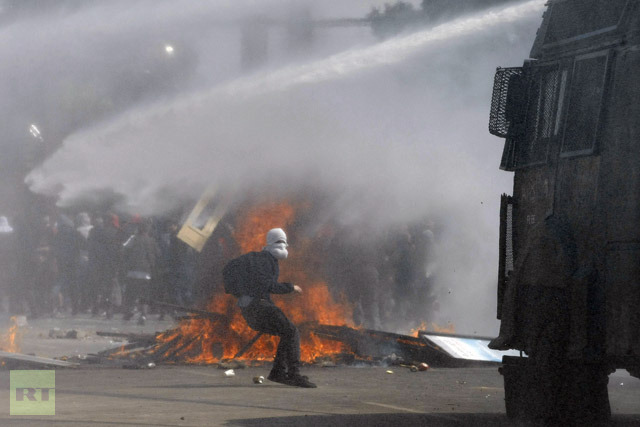 On September 11th, 1973 the Chilean military with the CIA carried out a coup against the democratically elected socialist government of Salvador Allende. This coup was foreseen by those to the left of Allende. Trotskyists foresaw it and argued the need for certain steps, not least of which were arming the working class and getting rid of the capitalist state. At the heart of the capitalist state is included the military which overthrew Allende and then proceeded to rape, torture, and murder thousands of leftists and workers after it got rid of Allende. In addition to rape, torture, and murder, that U.S. imposed government burned books, jailed tens of thousands of political prisoners, and forced hundreds of thousands of people into exile.

In addition to Trotskyists, Fidel Castro also argued for arming the working class, handing Allende an AK-47 at a mass rally in Chile and telling him to arm the working class. Left socialists like Allende who are blind to the immense violence their capitalist enemies are capable of sow deadly illusions that can cause catastrophic defeats.

Likewise, the U.S. imperialist state has been, and continues to be, the biggest enemy of democracy in the world. Obama's support for murderous dictatorships like the one in power in Bahrain as well as Obama's recent coup against the elected government of Honduras, where the U.S. helped install a death squad government that murders journalists and union leaders, are just a couple of the latest in these imperialist crimes against humanity. 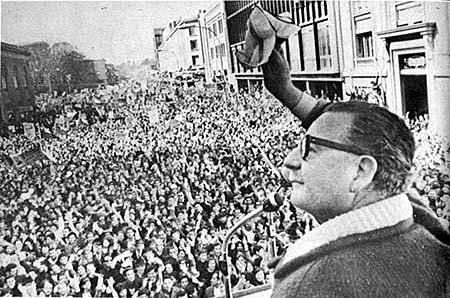 Popularly elected president Salvador Allende speaking to supporters in Chile. He was elected in 1970 and overthrown in the U.S. backed coup of General Pinochet in 1973. Pinochet rounded-up thousands of leftists and labor leaders torturing, raping, and murdering them. The use of terror against the people was the only way Pinochet could re-install a pro-imperialist and pro-capitalist government on Chile.
§Salvador Allende Defending Himself With Gift From Castro
by Steven Argue Monday Sep 10th, 2012 3:44 PM 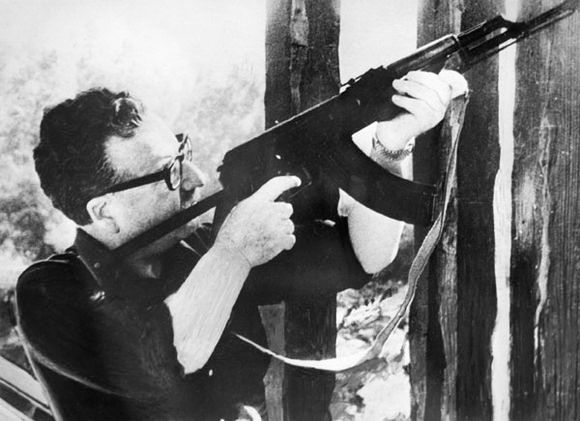 While Allende was still in power Fidel Castro visited and spoke to a mass rally where Allende was also speaking. At that rally Fidel Castro handed Salvador Allende a gun and told him he needed to arm the working class. Salvador Allende failed to do so, with fatal consequences.
Add Your Comments
Support Independent Media
We are 100% volunteer and depend on your participation to sustain our efforts!