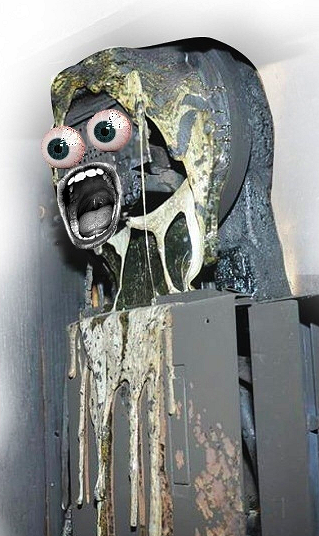 "Electrical professionals are horrified as they had no idea laborers were swapping meters under load. It is so dangerous and puts the homeowners electrical systems, family as well as investment at risk. The smart grid is a mess created by greedy stupid people"

For the first time, even some in industry organizations are openly voicing alarm at the latest evidence of safety lapses. The Institute of Electrical and Electronics Engineers (IEEE) write in their latest blog post:

This appears to be not just a matter of freak incidents...This is just the beginning of a difficult story. Companies installing smart meters already have run into a lot of consumer push-back ….. The last thing the smart grid needs is meters causing fires.

This is the organization that sets standards for human exposure to non-ionizing radiation- and to whom the US Federal Communications Commission looks to set its (blatantly inadequate) RF protection guidelines. This “difficult story” leads straight to a thorough exposé of the health risks that the smart grid industry has subjected us to.

The IEEE’s code of ethics states:

“We, the members of the IEEE, in recognition of the importance of our technologies in affecting the quality of life throughout the world, and in accepting a personal obligation to our profession, its members and the communities we serve, do hereby commit ourselves to the highest ethical and professional conduct and agree to accept responsibility in making decisions consistent with the safety, health, and welfare of the public, and to disclose promptly factors that might endanger the public or the environment…”

Sounds good, but actions speak louder than words. The IEEE and the rest of the industry need to come clean about the other major public safety crisis caused by the smart grid – the unprecedented and largely involuntary assault on our health. Currently allowable exposures to wireless signals are leading to a preventable public health catastrophe. According to a new study in Pathophysiology, researchers have found a 290% increase in risk of a brain tumor after ten years of cell phone use. Smart meters are indeed hazardous to your health, but the truth is that none of the rest of the wireless junk we are exposed to is safe either. Your cell phone and your smart meter may end up killing you, but they are most certainly spying on you.

The implicit message to utilities and smart meter manufacturers from the IEEE is that they better start acknowledging the gaping holes in the hull, that the ship is taking on water, and pull their heads out of the denial and start to bail. Either way, they need to get used to a future of difficult questions in hearings and courtrooms. To help ease their smart grid EMF headaches, a new legal consulting service has sprung up, offering utilities advice on defending against smart meter related lawsuits. It’s a growth industry after all. As IEEE says, this is ‘just the beginning.’

Meanwhile a new report from the UK warns of widespread failure of the electrical grid during times of extreme temperature. Not only do smart meters increase carbon emissions, now it turns out they might make us more vulnerable to the weather extremes that they help produce. Of course the elephant in the room is the obscene carbon gluttony of an unnecessarily complex, wasteful and dangerous electrical grid- something smart meters are only adding to.

In Sydney, Australia smart meters were called “too toxic to touch” this week amidst an “intense backlash” from the public. As in our US mainstream discourse, the problems of the smart grid are ignored and dismissed, even as the crisis reaches the home city of the sitting president as well as our nation’s capitol.

Turns out that problems in MD and PA have led Washington DC to open an investigation (with Maine) into widely reported health damage from the pulsing wireless mesh networks. The fires are bringing attention to the other unsavory aspects of the smart grid, and a lot of people are beginning to ask some hard questions.

Questions are sure to be asked on Monday at the Michigan Public Services Commission hearing on the proposed smart meter “opt out” program, where a large public turnout is anticipated. Michigan's Attorney General has filed to be an intervener in the case. Documents available here.

In Canada, disability rights groups have succeeded in their bid to have the smart meter issue weighed by the BC Provincial Human Rights Tribunal as a violation of property rights, health, access and safety.

Lastly, an International Day of Action Against Smart Meters has been called for October 4th, the last day of “GridWeek,” a major smart grid industry conference in Washington DC. Protests are being planned coast to coast including at the conference. More to come…

And that’s the week in smart meter news. Not much going on really.