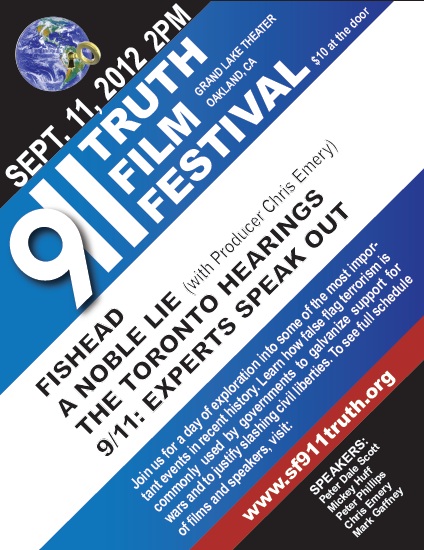 http://www.fisheadmovie.com
§Oops, correction on the film screening time....
by Carol Brouillet (cbrouillet [at] igc.org) Thursday Sep 6th, 2012 12:11 PM
I made a mistake on the time. It is scheduled to be screened at the Grand Lake Theater at 8:44 pm through 10:02 pm.
http://www.sf911truth.org
Add Your Comments
Support Independent Media
We are 100% volunteer and depend on your participation to sustain our efforts!