Add an Event
Newswire
Calendar
Features
Home
Donate
From the Open-Publishing Calendar
From the Open-Publishing Newswire
Indybay Feature
Publish to Newswire
Add an Event
Related Categories: U.S. | Global Justice & Anti-Capitalism | Government & Elections | Police State & Prisons
Day One of the 2012 RNC: March on the RNC, 8/27/12: photos
by Dave Id
Wednesday Aug 29th, 2012 12:32 AM
The theme for Day One of demonstrations at this year's Republican National Convention was Economic Rights. The Coalition to March On The RNC organized an officially permitted march from Perry Harvey Sr. Park at 1200 North Orange Avenue to the "Free Speech Zone." The "Free Speech Zone" is a vacant lot below East Walton Street at South Nebraska Avenue, currently surrounded by new fencing which allows only one way in or out. Leased for over $50,000 by the city of Tampa, the location is purportedly to grant protesters a place to mass within sight of the Tampa Bay Times Forum, the primary venue the 2012 RNC. Perhaps 300 people participated in the rally before the march, the march itself, and the rally held at the "Free Speech Zone" after the march. Up to 1000 law enforcement personnel boxed in and directed the march the entire way. 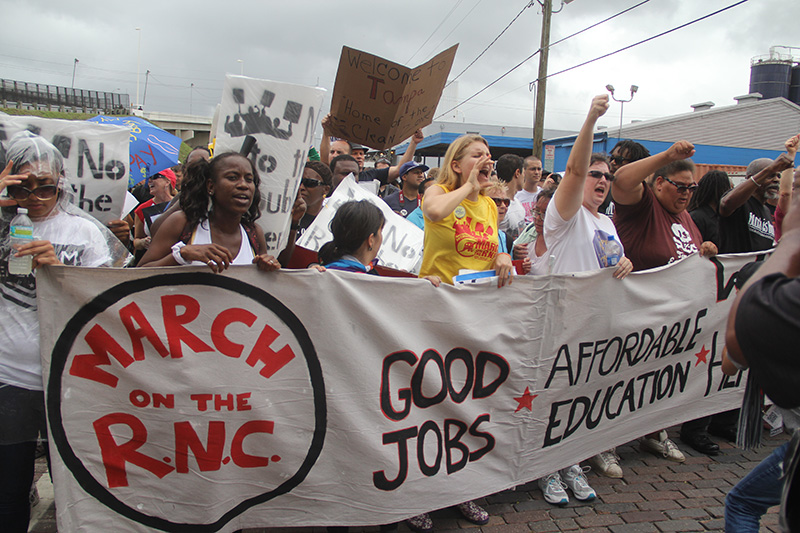 Say NO to the Republican Agenda!
Money for human needs, not for corporate greed!

On August 27, 2012, while the Republican National Convention selects a candidate for president, we will be marching in the streets of Tampa, Florida demanding good jobs, healthcare, affordable education, equality and peace. We will let the entire world know, “We have had enough of the endless attacks on the rights of working people and our standard of living!” We will defend Medicare, Medicaid and Social Security. We will defend ourselves against union-busting. We will defend our children’s right to an affordable, quality education. We want money spent on human needs, not on wars overseas and corporate greed.

On Monday, the attention of the entire world will be focused on Tampa, Florida. The Republican National Convention brings together some of the worst politicians that this country has to offer. We’re calling on all those ready to fight back against the attacks launched by the Republican Party and their corporate masters to take to the streets and demand a better future for our families, our communities and our children. 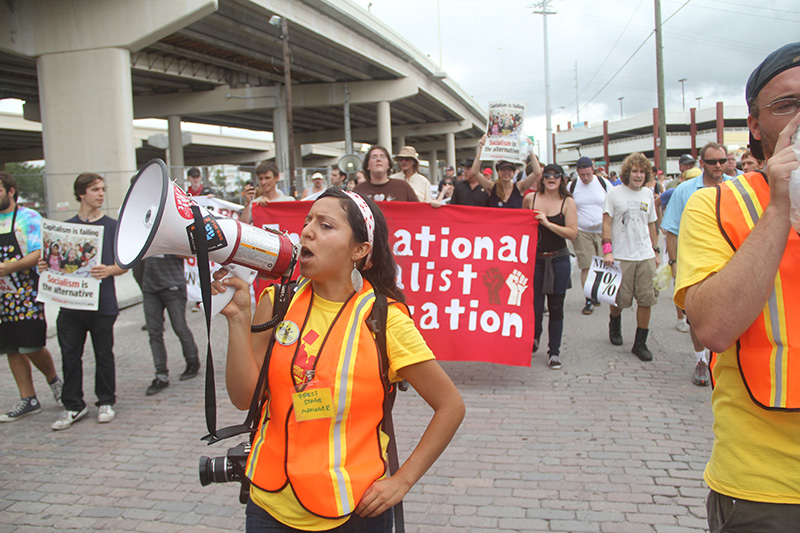 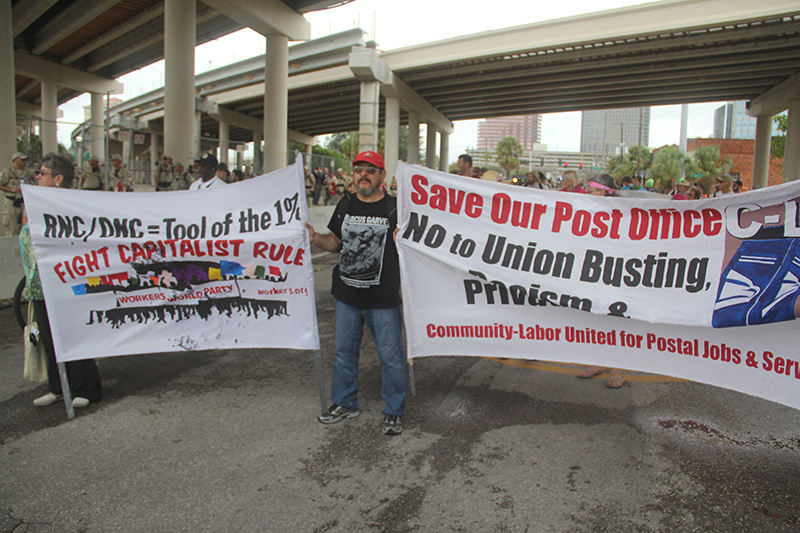 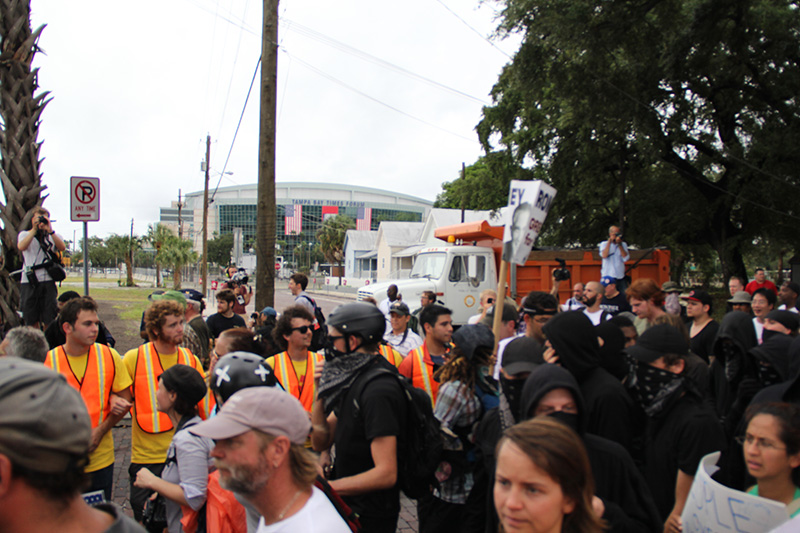 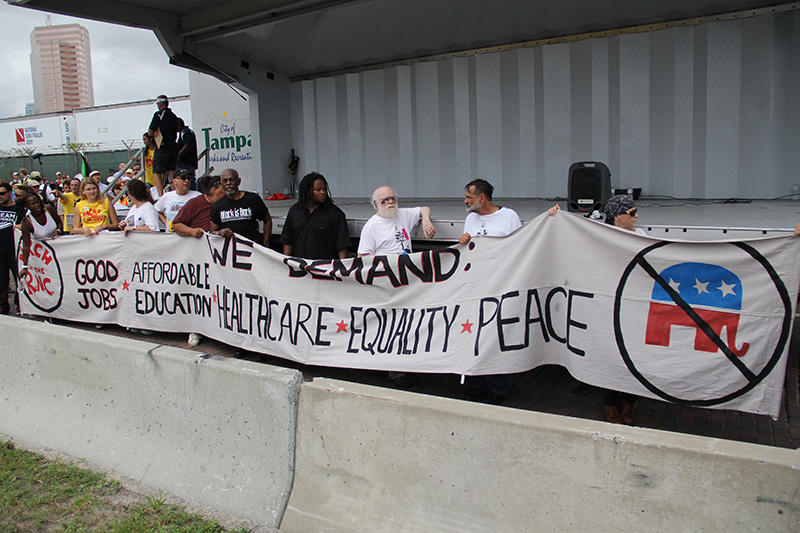 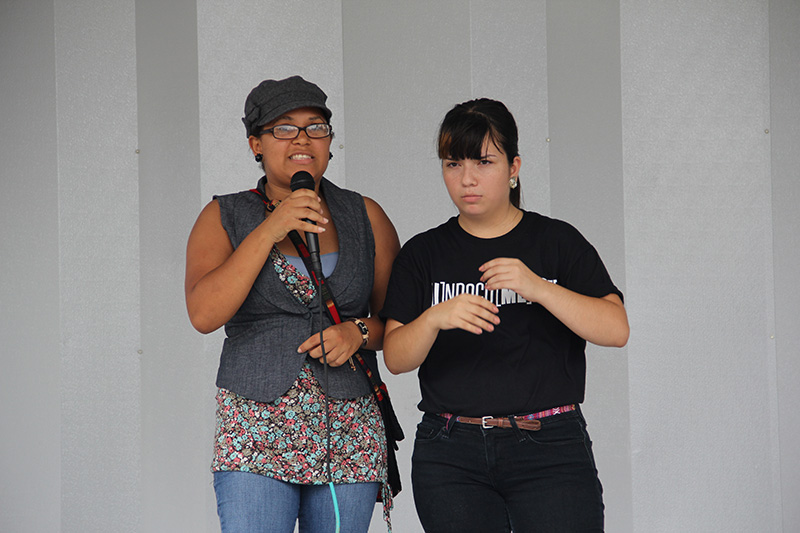 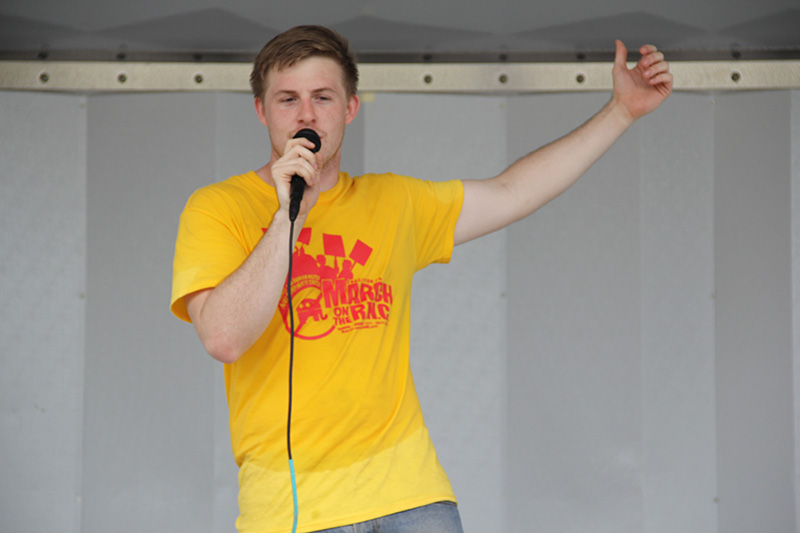 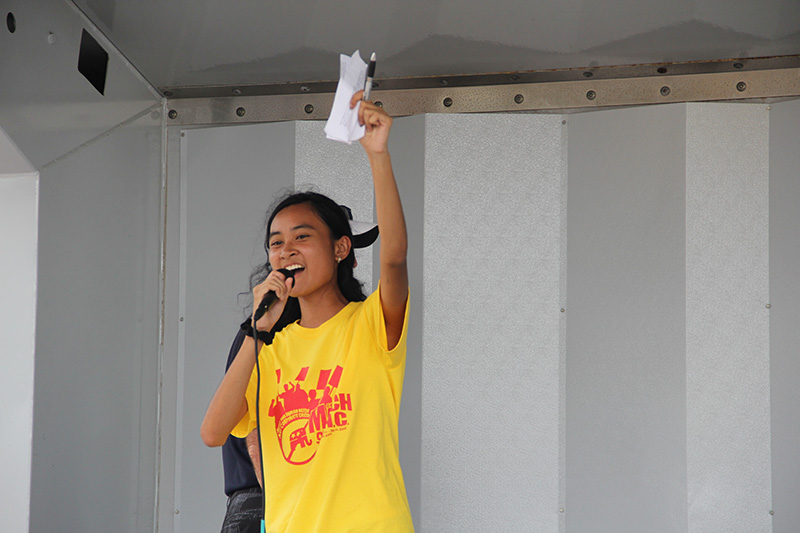 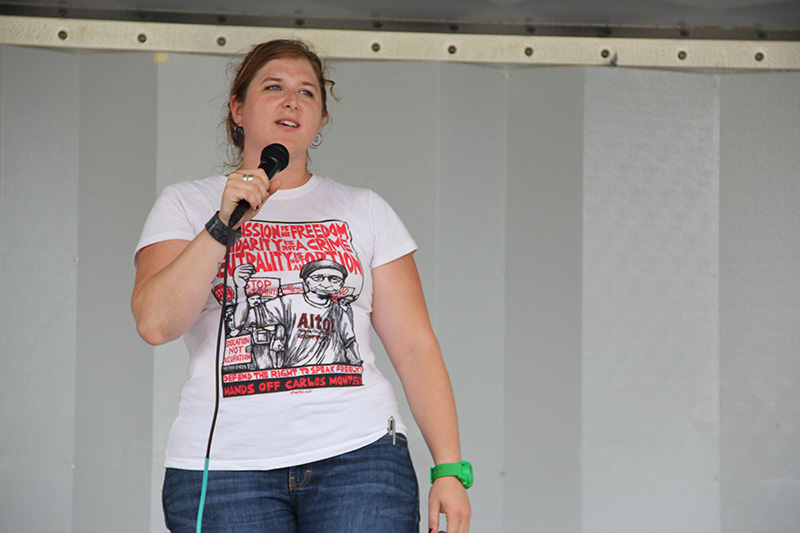 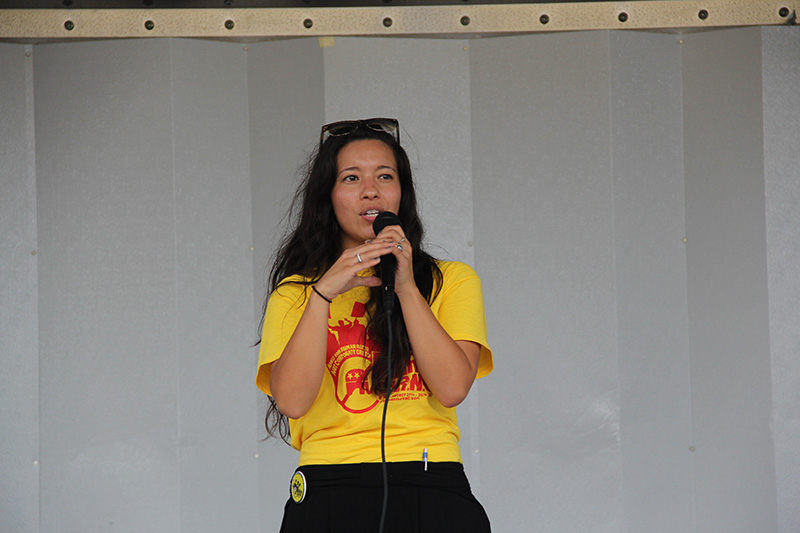 http://www.indybay.org/RNC2012
§From Wisconsin, participated in protests in Madison after Scott Walker attacked unions
by Dave Id Wednesday Aug 29th, 2012 12:32 AM 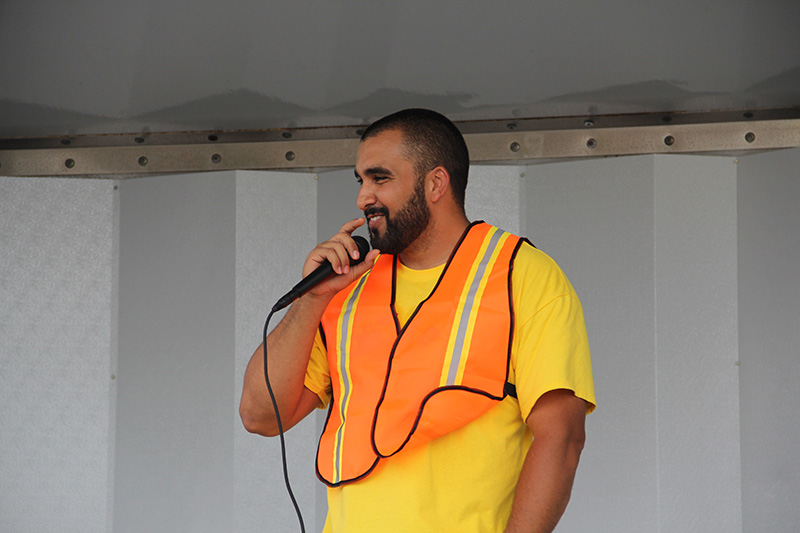 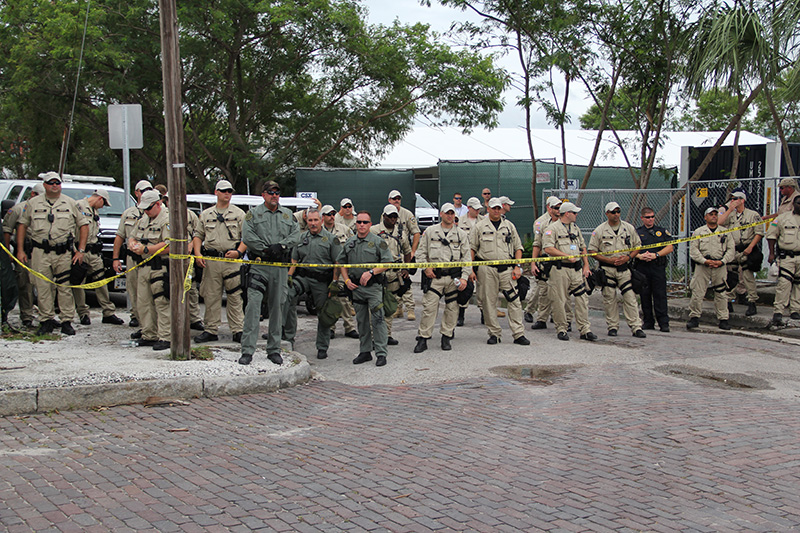 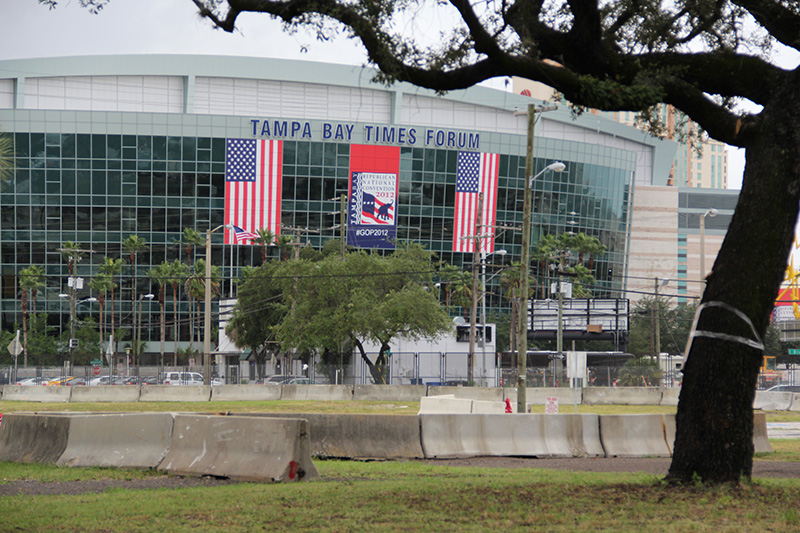 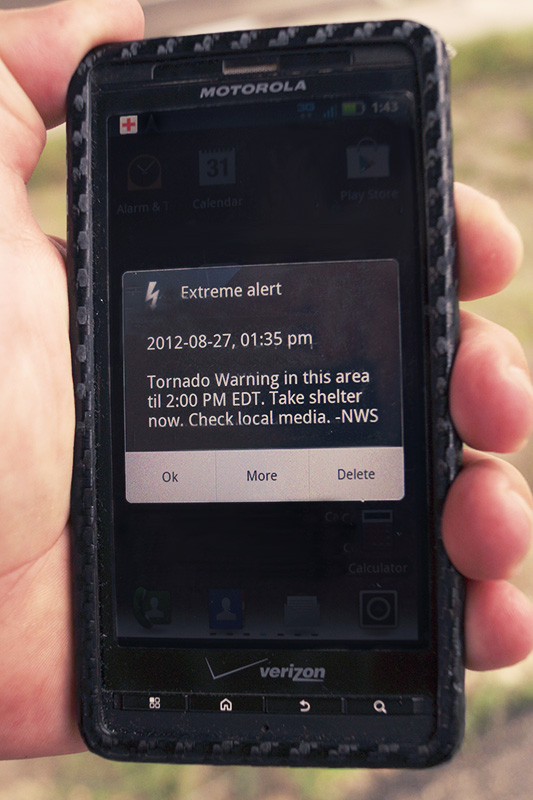 http://www.indybay.org/RNC2012
Add Your Comments
Support Independent Media
We are 100% volunteer and depend on your participation to sustain our efforts!