by Dave Id
Leading into the 2012 Republican National Convention set for August 27th-30th, local and national corporate media reports have alternated between focusing on the opportunity for the Tampa Bay area to shine on the world stage as a business-friendly region and rampant fear-mongering about "law breakers and anarchists," including a DHS and FBI warning about the possible use of improvised explosive devices (IEDs) by anarchists. A security perimeter encompassing most of downtown Tampa has been established and the area closest to the convention center is walled off with road-blocks and fences. Hundreds of police can be seen patrolling near the convention center as well as throughout the entire area. Demonstrators appear to be undeterred, however, moving forward with a full schedule of rallies, marches, and other protests throughout the convention. Each day of protests will highlight a different theme: economic rights, human rights. anti-war/peace, and the environment. 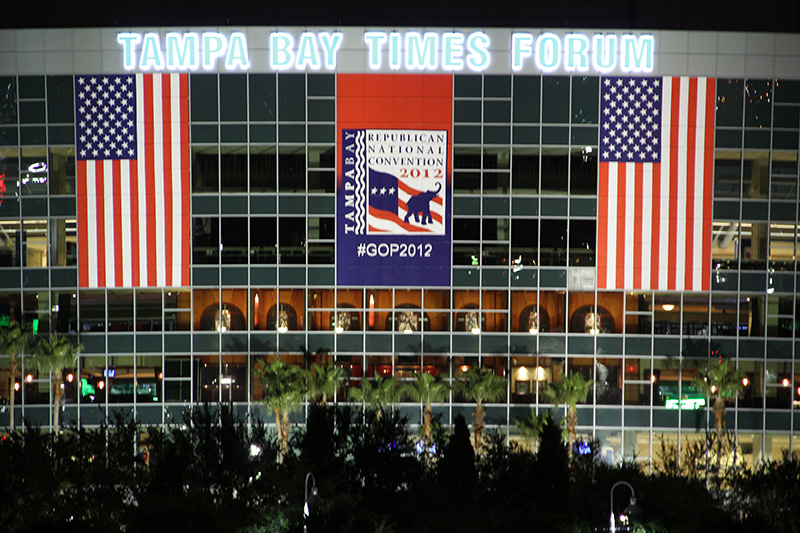 [Pictured above: Tampa Bay Times Forum, site of the 2012 RNC, on the night of Saturday, August 25th]


While up to this point there have been no known raids of convergence centers similar to the one prior to the 2008 RNC in St. Paul -- largely because there is no central RNC protest convergence center in Tampa -- on August 17th large numbers of police intimidated and searched dozens of people in the vicinity of Occupy Tampa's Voice of Freedom park at 2101 West Main Street, which is privately owned land.

And while a temporary Romneyville encampment inside the RNC security perimeter behind an Army-Navy surplus store at 1312 North Tampa Street organized by the Poor People’s Economic Human Rights Campaign was told it could not have tents at that location, protesters, who signed a lease and paid for use of the land, resisted orders by police and the landlord to vacate and the process for removing the camp can not legally take place until well after the RNC is over.

Nevertheless, law enforcement authorities, from the FBI to the local Tampa police, have been feeding the corporate media a steady stream of fear-mongering about "law breakers and anarchists." A joint DHS-FBI bulletin given to the corporate media (see PDF of document below) went so far as to warn locals to be on the lookout for anarchists purchasing materials to build IEDs, seeking to receive firearms training, and preparing for violence against white supremacist groups. Notably, the bulletin did not indicate that Federal authorities actually had any credible intelligence on explosive devices. It was just framed as a warning that such a thing was possible. Of course, anything is possible, so why did the DHS and FBI leak this bulletin to a major national corporate media outlet just prior to the RNC?

Countless local news stories focused on some one dozen or so bricks and a single pipe found on a rooftop near a graffiti image of Guy Fawkes, as if it were unambiguously a huge cache of RNC "law-breaker" weapons discovered just in the nick of time to prevent bodily harm.

Local area residents with city connections have been passing along rumors that an unoccupied house was raided in Tampa one week ago where multiple buckets of human feces and urine were found, purportedly to be used by protesters against RNC delegates and/or police, yet there have been no such claims of a raid by activists nor official reports by local police. These rumors appear to be similar to previous unsubstantiated anti-protester propaganda.

In reality, all of downtown Tampa can now be definitively described as a police state. Thousands of police -- local, state, and federal, virtually all in khaki -- will be on hand throughout the week, including the Florida National Guard. Over $50 million have been spent to secure the area and suppress freedom of movement within downtown Tampa and surrounding areas. Nearly 100 high-resolution surveillance cameras have been installed in the vicinity. Miles of fencing and concrete barriers have gone up in concentric rings around the site of the convention in the last couple of weeks. Helicopters constantly buzz overhead. There are even reports that unmanned flying drones will patrol the skies over Tampa, a first for a political convention in the United States.

The Tampa City Council passed a new law targeting protesters that bans numerous items including gas masks, water guns, switchblades, hatchets, BB guns, pellet guns, sling shots, crowbars, hammers, shovels, rope greater than six feet in length, containers filled with urine, fecal matter, blood or any other bodily fluid, and much more. Thanks to the National Rifle Association and their Republican allies, firearms are allowed within the security perimeter, though.

Despite it all, hundreds if not thousands intend to demonstrate for social and environmental justice throughout the week. The first action already happened this afternoon, a Rally of the 99%, which marched from Gaslight Park at 410 North Franklin Street to the city-sanctioned and fenced-in RNC Free Speech Zone northeast of the convention center.

Here are the daily RNC protest themes. Below that are links to schedules of upcoming events.


END_OF_DOCUMENT_TOKEN_TO_BE_REPLACED
§Tampa Bay Times Forum, from across the water on Harbour Island
by Dave Id 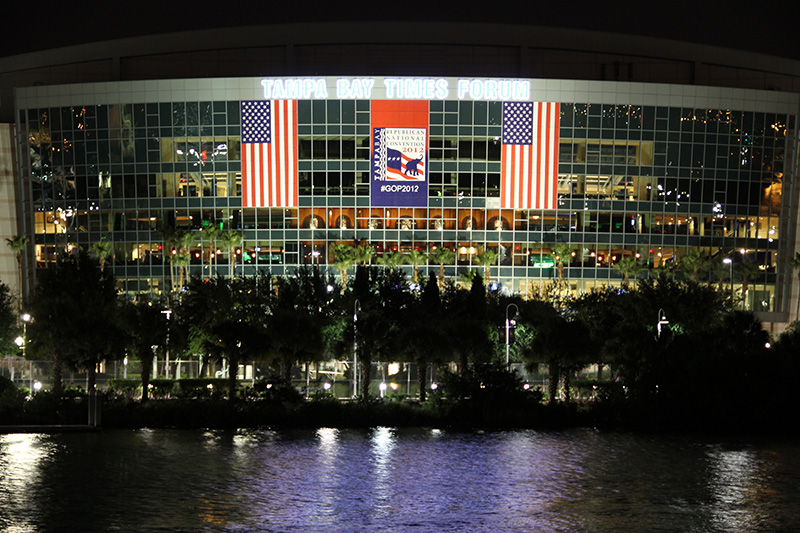 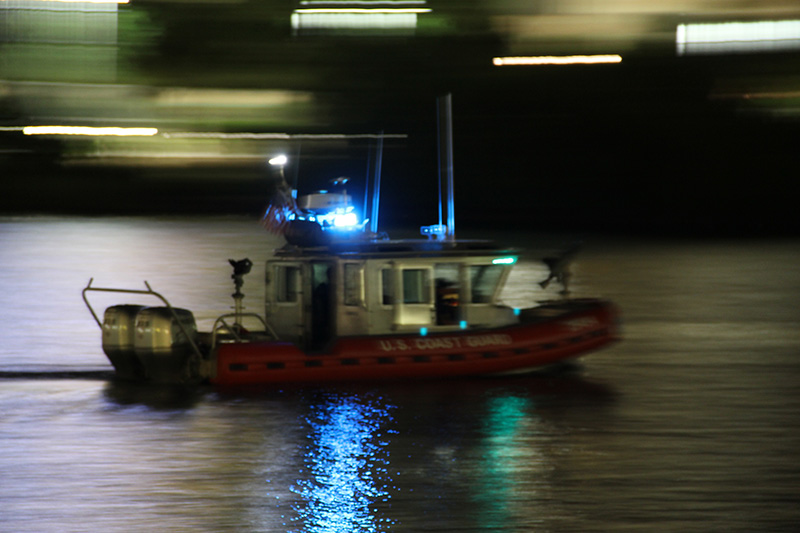 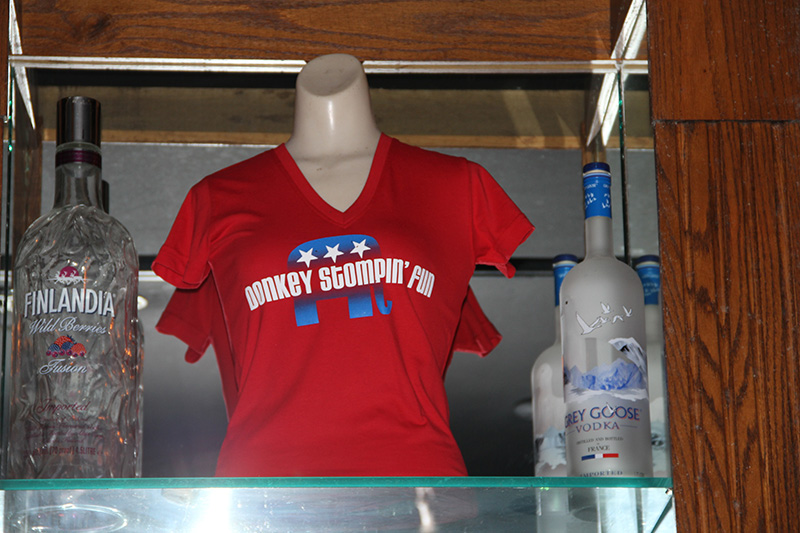 END_OF_DOCUMENT_TOKEN_TO_BE_REPLACED
§MSNBC stage, one of several locations for live broadcasts during RNC
by Dave Id 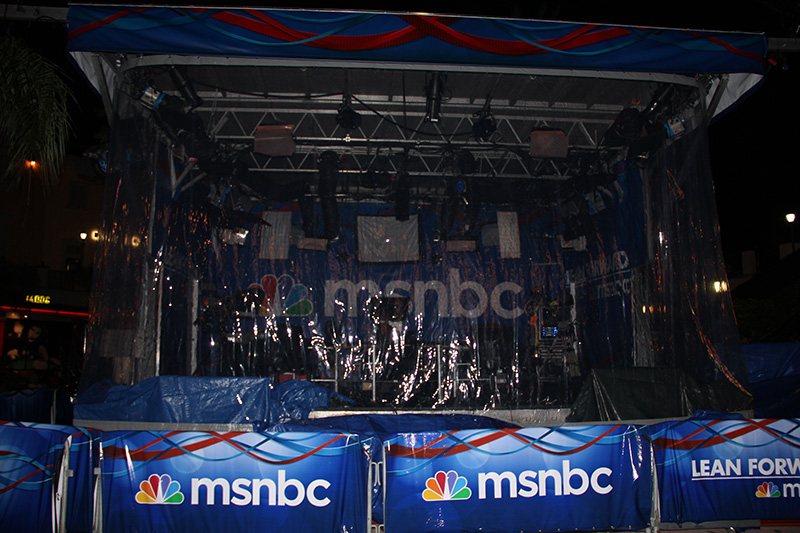 
Besides the selected text quoted below, there are frequent references to protests held at the 2008 RNC in St. Paul. See the actual PDF for more.

(U//FOUO) This Joint Intelligence Bulletin (JIB) is intended to provide information on potential anarchist extremism-related violent criminal activity and threats to public safety during the 2012 national political conventions. This information is provided to support the activities of the FBI and DHS and to assist other federal, state, and local counterterrorism and law enforcement officials in identifying protective and support measures relating to existing or emerging threats to homeland security. Within the context of this product, FBI and DHS do not consider civil disobedience tactics, such as protests without a permit, to constitute criminal activities about which we are concerned.

(U//LES) The FBI and DHS assess with high confidence, based on analysis of past similar, high-profile events, anarchist extremists are preparing to use violence and criminal tactics in an attempt to disrupt the Republican National Convention (RNC) planned for 26-30 August in Tampa, Florida and the Democratic National Convention (DNC) planned for 3-6 September in Charlotte, North Carolina.*,† Anarchist extremists and other domestic extremist groups probably lack the capability to overcome the heightened security measures at the RNC and DNC venues, but could target nearby
infrastructure, including local businesses or transportation systems and law enforcement personnel.

— (U//LES) The FBI and DHS assess with medium confidence anarchist extremists may travel from states outside of Florida and North Carolina to engage in criminal activity during the conventions.

— (U//FOUO) The most serious threat to persons and property during the conventions continues to emanate from anarchist extremists willing to use improvised incendiary devices (IIDs) or improvised explosive devices (IEDs).

(U//LES) The FBI and DHS assess with high confidence, on the basis of law enforcement and source reporting, anarchist extremists have learned from their past activity to become more technologically sophisticated and operationally skilled in tactics used to criminally and violently disrupt major events. Anarchist extremist proficiency at mass mobilizations has likely improved as a result of cumulative learned experiences during other events. The FBI and DHS assess anarchist extremists may attempt to facilitate violent criminal activity at the upcoming national political conventions by coordinating mass-mobilization efforts through the use of wireless devices, conducting pre-event training on techniques for disrupting infrastructure and violently confronting law enforcement, and exploiting lawful protest activity.


END_OF_DOCUMENT_TOKEN_TO_BE_REPLACED
§A25 Video - 2012 RNC: Fear Mongering, Undercover Cops, and the Corporate Media
by Dave Id
In recent weeks, media outlets in Tampa have been putting out very heavy campaigns against "Anarchist and "Lawbreakers" coming to Tampa to raise hell. With few examples of credible threats, a recent DHS-FBI bulletin warning of possible IED's among others things during the RNC has been one of the dominating stories. Despite their vague warnings, authorities claim that they have no specific groups or people that they are investigating.

Watch the video by Jacob Crawford:
END_OF_DOCUMENT_TOKEN_TO_BE_REPLACED
Add Your Comments
Support Independent Media
We are 100% volunteer and depend on your participation to sustain our efforts!