Throughout the United States, people currently eat genetically engineered food, but they generally are not aware of it. The California Right to Know Genetically Engineered Food Act, Prop 37 on the November ballot, would simply require food sold in retail outlets in California, such as grocery stores, to be labeled if it is produced with genetic engineering. 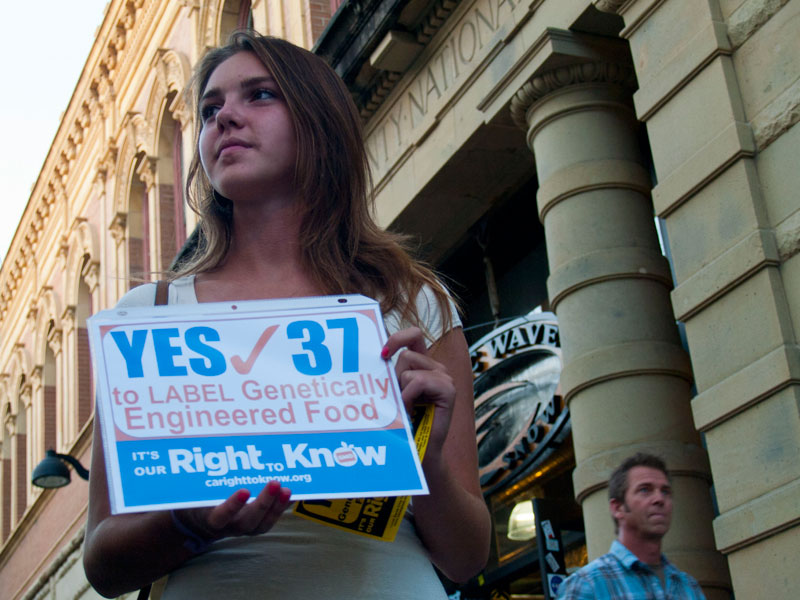 * The following text was generously provided by the Yes on Prop 37 — California Right to Know Campaign.

A genetically engineered (GE) food is a plant or meat product that has had its DNA artificially altered by genes from other plants, animals, viruses, or bacteria, in order to produce foreign compounds in that food. This type of genetic alteration is not found in nature.

Today, the majority of corn and soy grown in the U.S. is genetically engineered to produce pesticide and/or withstand high doses of weed killer. This corn and soy is found in countless processed foods such as cereals, baby foods, breads, chips, and many other products.

The United States Food and Drug Administration (FDA) is currently considering approving a GE salmon that has been altered to promote faster growth. Some of our most important staple food crops are being fundamentally altered, but without proper labeling, we have no way of knowing which ones.

The Risk of Genetically Engineered Foods

Much of the World Already Requires Labeling for Genetically Engineered Foods

50 countries including the European Union, Japan and China already label genetically engineered foods. California should be the leader on this important issue here in the United States.

A Simple Proposition for California in 2012

The California Right to Know Genetically Engineered Food Act is simple: The initiative would require food sold in retail outlets such as grocery stores (not including restaurants) to be labeled if it is produced with genetic engineering. In addition to this disclosure, genetically engineered foods are prohibited from being advertised as 'natural.'

For more information, you can visit: 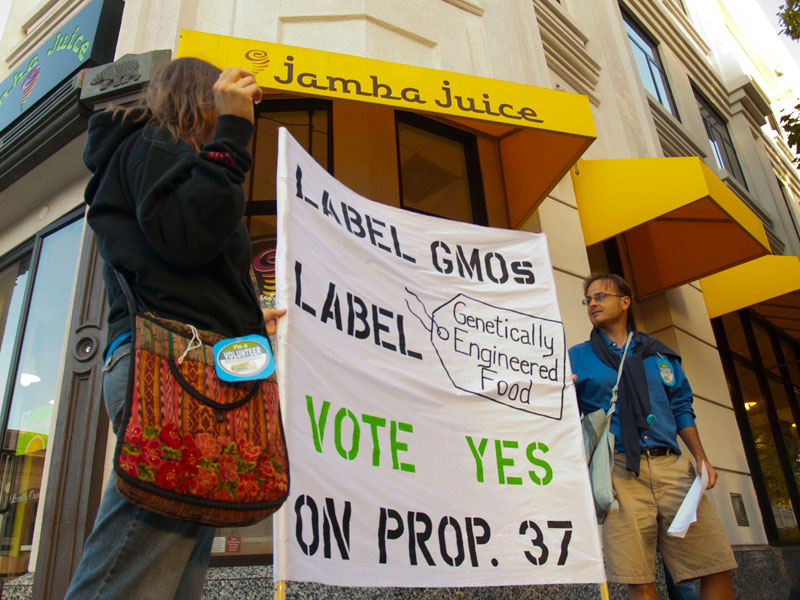 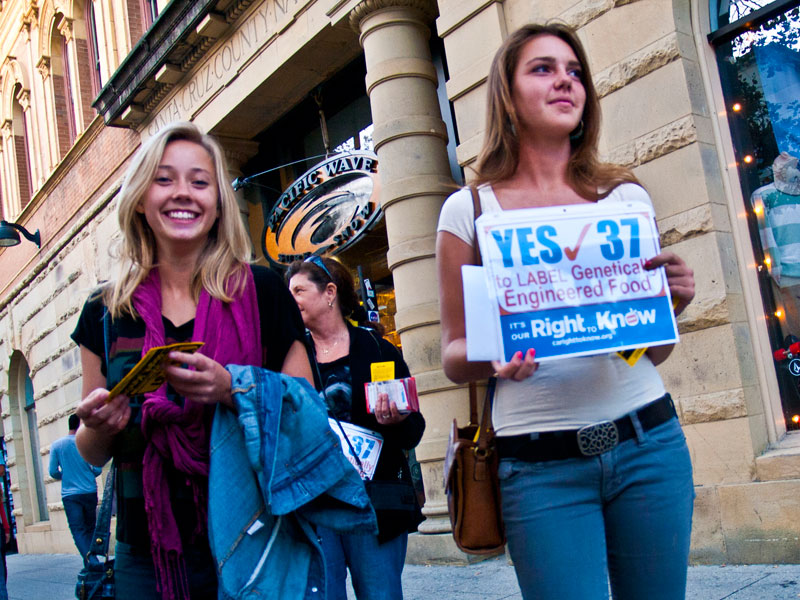 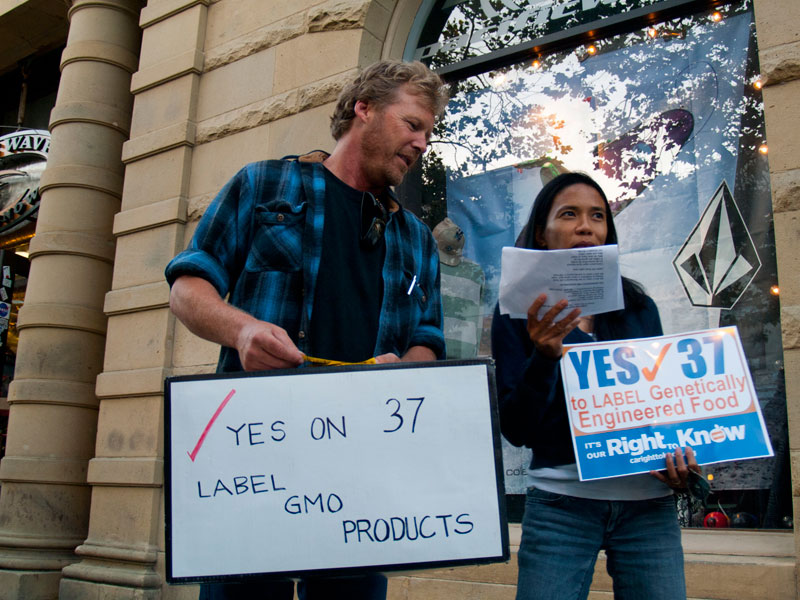 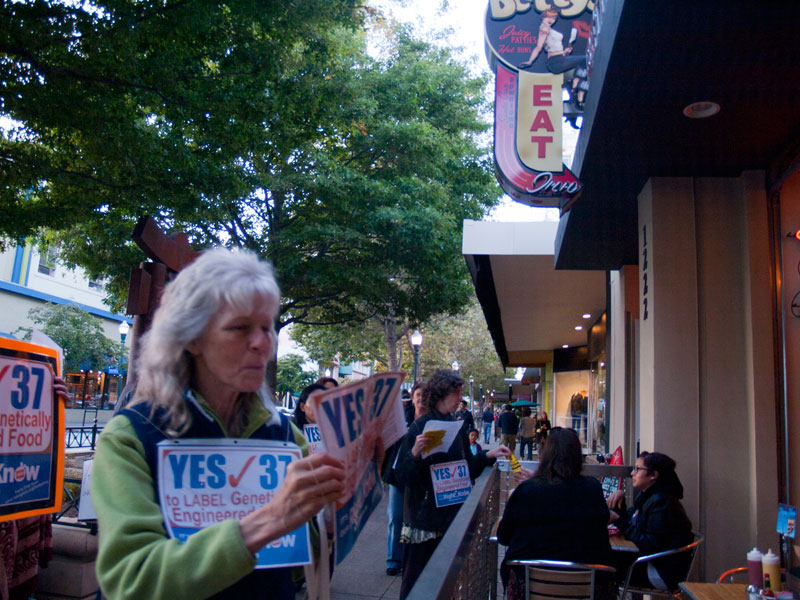 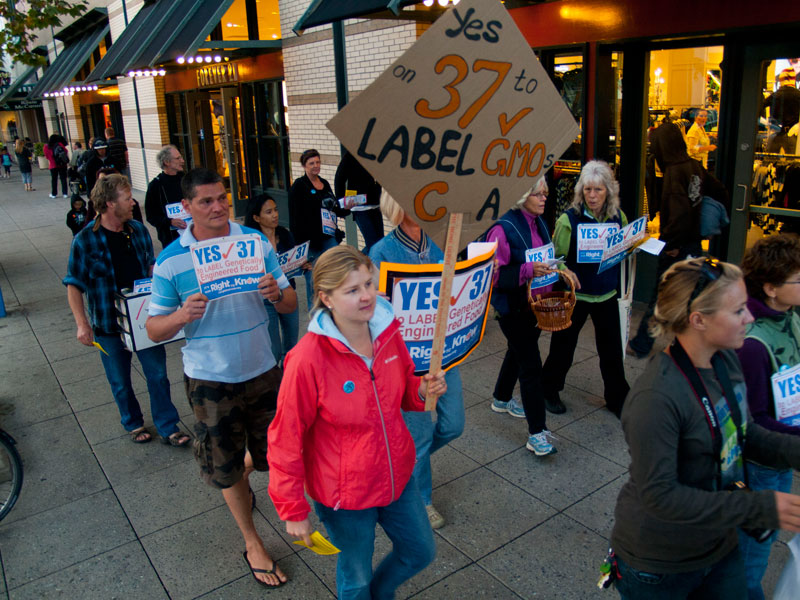 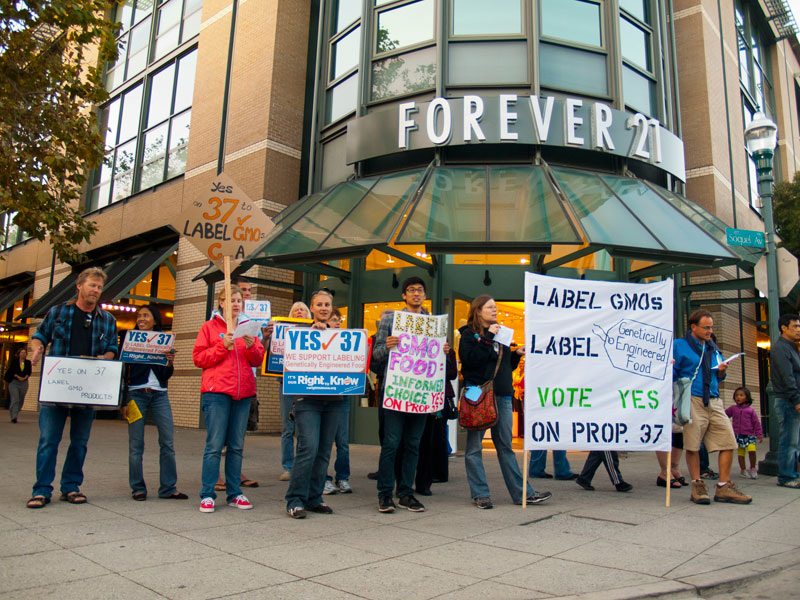 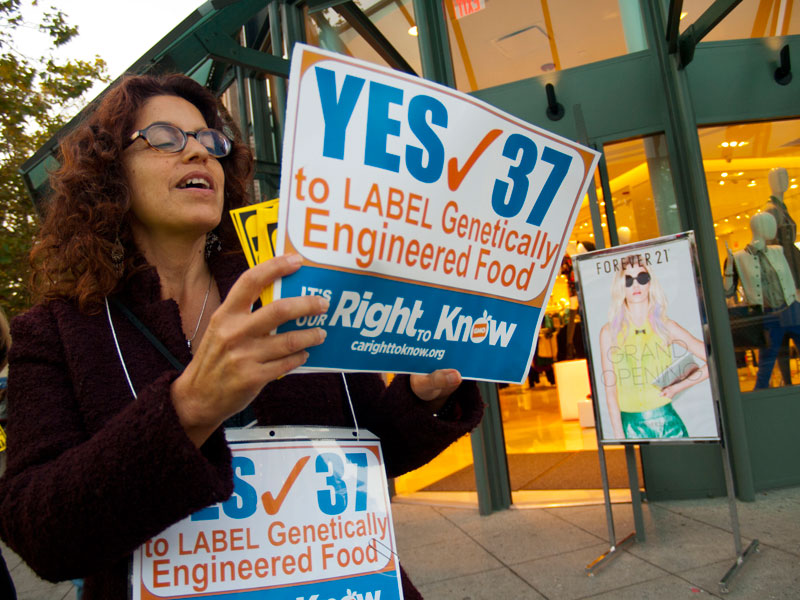 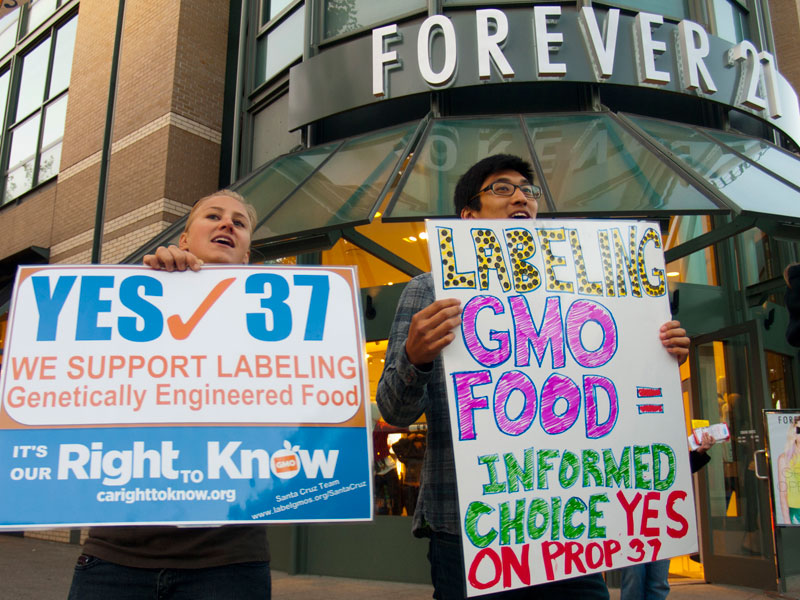 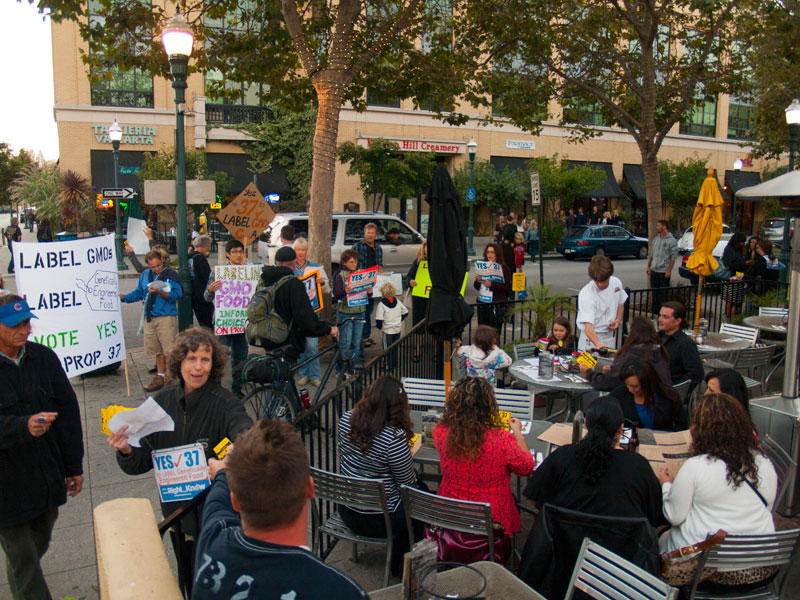 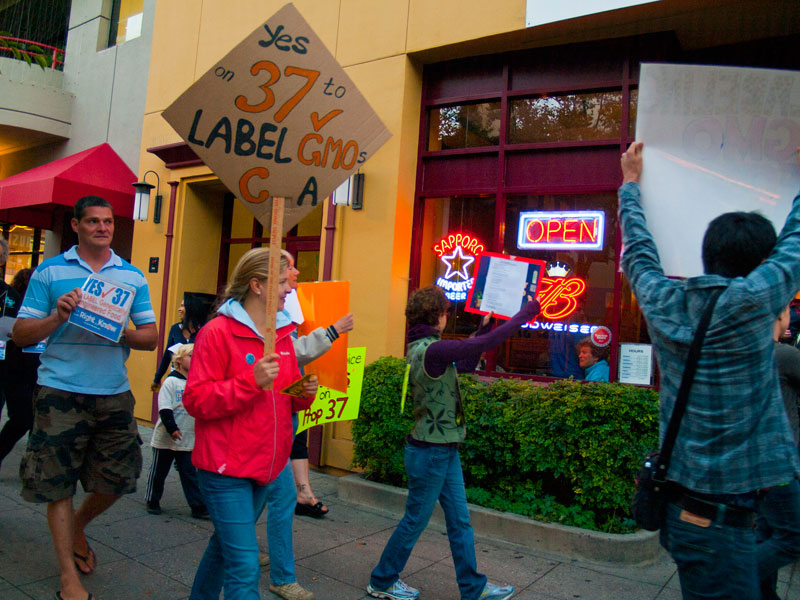 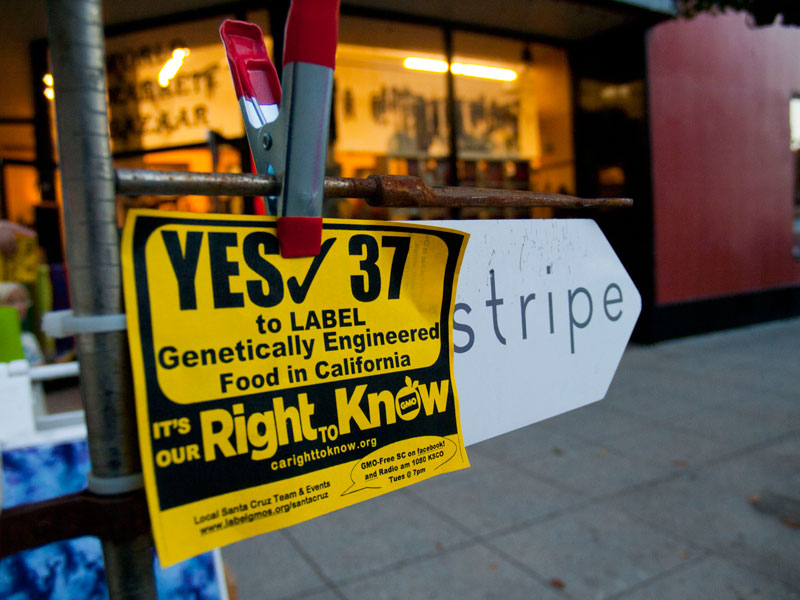 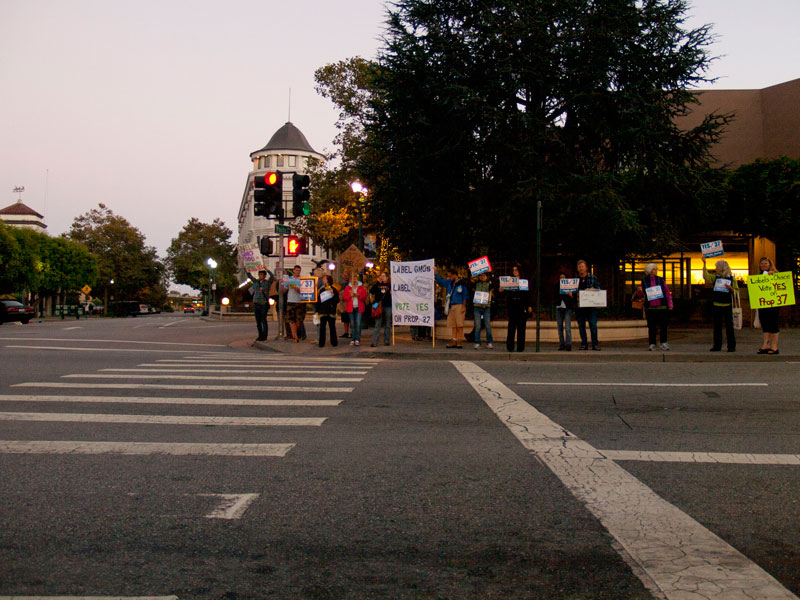 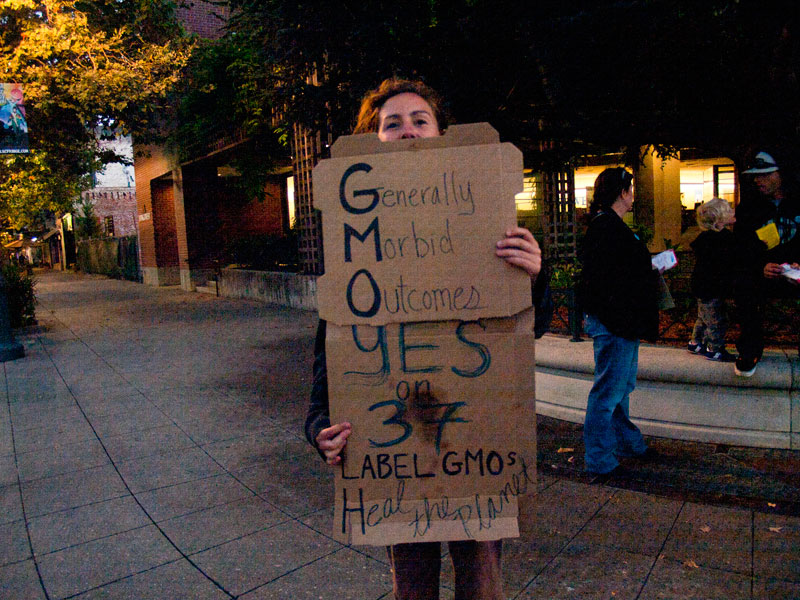 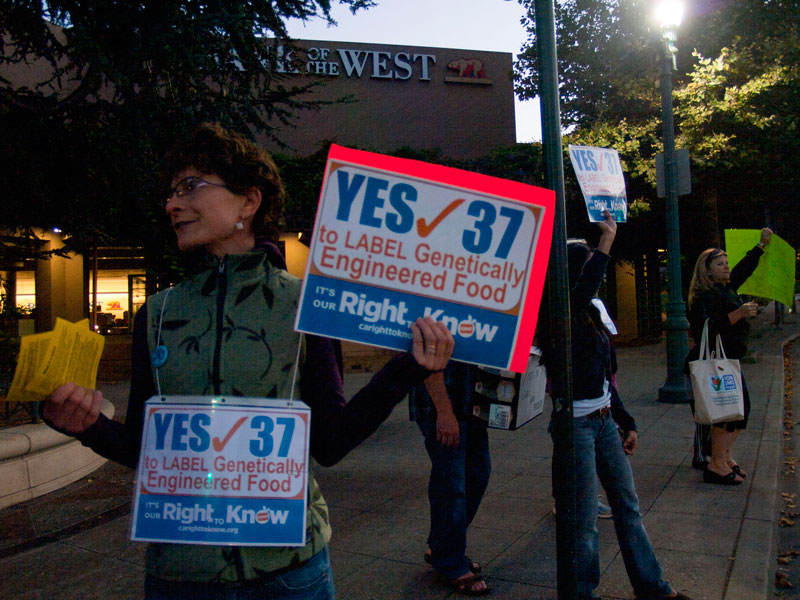 http://bradleystuart.net/
Add Your Comments
Support Independent Media
We are 100% volunteer and depend on your participation to sustain our efforts!