Add an Event
Newswire
Calendar
Features
Home
Donate
From the Open-Publishing Calendar
From the Open-Publishing Newswire
Indybay Feature
Publish to Newswire
Add an Event
Related Categories: California | Central Valley | Arts + Action | Education & Student Activism | Global Justice & Anti-Capitalism | Police State & Prisons
Police lie to create case against student they injured in UC Davis pepper spray incident
by Samara Steele
Friday Aug 24th, 2012 2:18 AM
University Police at UC Davis lied on an affidavit, allowing them to arrest art student Thomas Matzat from his dorm room and hold him for three days during finals week in March. Matzat suffered from a type of nerve damage called "radial nerve palsy" as a result of being handcuffed with zip-ties and violently moved by University Police during the November 18 pepper spray incident at the university. 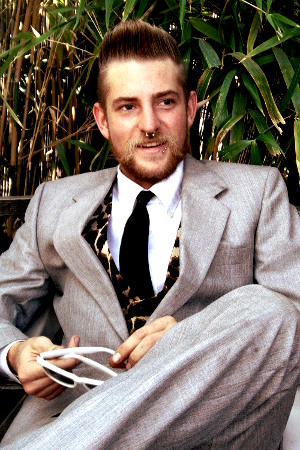 On Friday, August 10th, Thomas Matzat and supporters appeared before the Yolo County District Court for a pre-trial hearing.

Thomas is being charged with five counts of felony vandalism, fourteen counts of misdemeanor vandalism, and one misdemeanor charge for “possessing a marking substance with the intent to commit vandalism” (California Penal Code 594.2a).

Thomas is a junior at UC Davis, studying Fine Art. Over the last year, Thomas has used his artistic talent to create oil paintings, screen-prints, banners, and tee-shirts in support of the Occupy movement, and he has also been active in the student movement against university privatization.

During the chaos, University Police zip-tied Thomas’ hands behind his back and moved his body violently, resulting in a type of nerve damage called “radial nerve palsy.”

The nerve damage was most severe in Thomas’ left hand and wrist, making it difficult for him to lift, grip, and steady his hand and fingers. Thomas is left-handed, and the injury impaired his ability to create art. He began to regain use of his hand after several months, but his fingers still shake at times.

On March 17th, Thomas was arrested from his dorm room, and held for three days.

The Davis Enterprise reports that the arrest was made in connection to “six incidents of vandalism to campus walls, windows, bus shelters and restrooms over the past few months.” The vandalism in question was graffiti.

While Thomas was held in jail, he missed his final exams and was subsequently expelled from the university.

In response, students and fellow Occupy protestors held a sit-in front of the office of the Dean of the College of Letters and Science. The Dean agreed to a meeting between Thomas and his attorney, and after negotiations, Thomas was readmitted.

At Thomas’ arraignment on April 20th, District Attorney Michael Cabral filed the twenty charges against Thomas, saying they were able to identity him as the graffitist based on video footage from a security camera.

At a pre-trial hearing on August 10th, however, Thomas’ pro bono legal team provided evidence that police lied about the security footage.

This security footage does not show the graffiti being created, but instead shows a hallway leading to an alcove where the graffiti was found.

In the affidavit University Police filed to receive the warrant to search Thomas’ room, they created a false timeframe in which the graffiti occurred, eliminating twenty-five minutes of footage from the video.

In these twenty-five minutes of footage, four other potential suspects can be seen walking through the hallway, including an unidentified young man with a sizeable packsack.

The police did nothing to investigate these four other potential suspects, but instead attempted to cover up their existence by creating a false timeframe for the crime centered around Thomas’ alleged appearance in the video.

By lying on the affidavit they submitted to judicial authorities, University Police were granted the warrant they needed to search Thomas’ dorm. Once they entered his room, they were able to arrest the art student for owning art supplies.

At the hearing on August 10th, Thomas’ legal team presented video evidence of the four suspects that police cut out of the security footage, and also showed three other “omissions of truth” in the affidavit that police filed to gain the search warrant.

The legal team presented these discrepancies as part of a Franks Motion. If the motion had passed, the charges against Thomas would have been dropped.

The judge confirmed that there were at least two errors on the affidavit, but he denied the Franks Motion.

After the hearing, Thomas was solemn as he walked down the steps of the courthouse. When asked if he had anything to say, his words were soft, “It would have been nice if [the Frank’s Motion] wasn’t denied…but it’s to be expected."

It’s to be expected, when you stand up to those in power, to have justice turned against you.

In cities across the country, hundreds of people who took part in the brief life of Occupy—people who pitched tents on the lawn of corporate-political tyranny and attempted to create tiny islands of direct democracy—are now facing criminal charges.

Thomas’ next court date has been set for August 29th at 10am, in the Yolo County Courthouse.

Come support Thomas, and help out by donating to his legal fund through the Davis Anti-Repression Crew. http://davisdozen.org/

Thomas is also being charged separately as part of the Davis Dozen for allegedly blockading a corporate bank on the UC Davis campus. To learn more about the Davis Dozen: http://www.adbusters.org/blogs/adbusters-blog/overcoming-fear.html
§Free Tomas
by Samara Steele Friday Aug 24th, 2012 2:18 AM 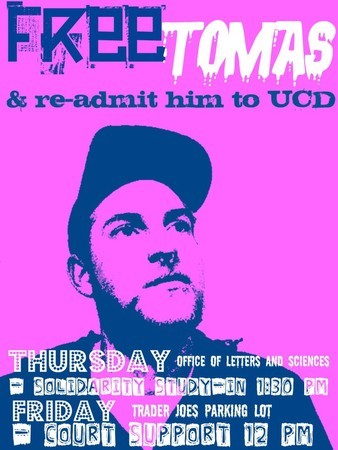 Artwork from student activities in support of Thomas after his expulsion in April.
§The UC Davis Pepper Spray Incident, November 18, 2011
by Samara Steele Friday Aug 24th, 2012 2:36 AM 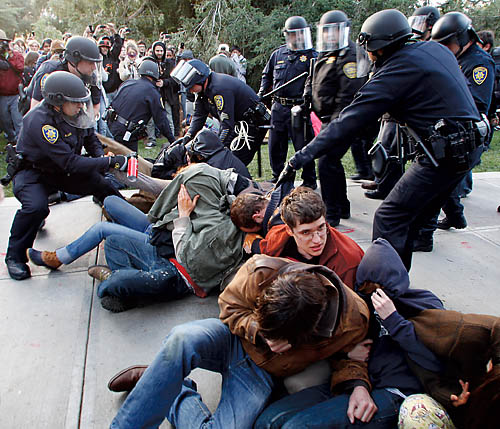 Photo by the Davis Enterprise.
Add Your Comments
LATEST COMMENTS ABOUT THIS ARTICLE
Listed below are the latest comments about this post.
These comments are submitted anonymously by website visitors.