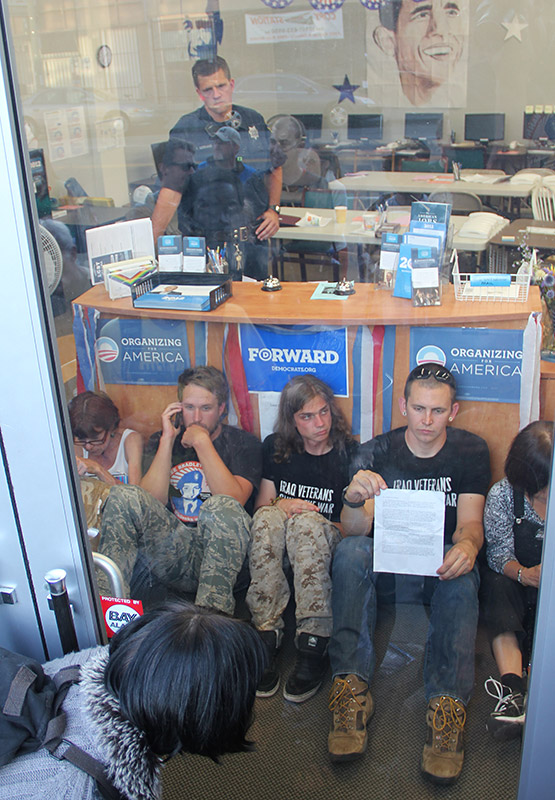 Among the approximately 100 Oakland protesters was Iraq War veteran Scott Olsen, who participated in the sit-in, said, “We need more of this type of action if Bradley’s going to get the attention he deserves. We demonstrate for Bradley because he sacrificed for us, doing what was right despite potentially spending the rest of his life in jail.”

In Los Angeles, an Iraq War veteran explained why he supports the Nobel Peace Prize nominee: “Generals say Bradley Manning put lives at risk, but they’re the ones who put us at risk, keeping these things secret and lying us into war.”

Protesters delivered a letter to campaign staff members, which they requested be sent to President Obama at the main campaign headquarters in Chicago. The letter makes its demands clear: that President Obama pardon PFC Bradley Manning, accounting for both his abusive treatment in a Quantico prison cell and the president’s own unlawfully prejudicial remarks that Bradley “broke the law.”

Campaign staff eventually agreed to email it to the national headquarters. Still, several activists remained in each city awaiting President Obama's response to their demands, and police eventually took six in Oakland and six in Portland into custody.

Veterans are calling for similar actions nationwide during the Democratic National Convention, and for rallies at Ft,. Meade, MD when Bradley returns to court on August 28, and again on October 1.
http://bradleymanning.org
§Supporters march to campaign office
by Jeff Paterson, Courage to Resist Friday Aug 17th, 2012 12:10 PM 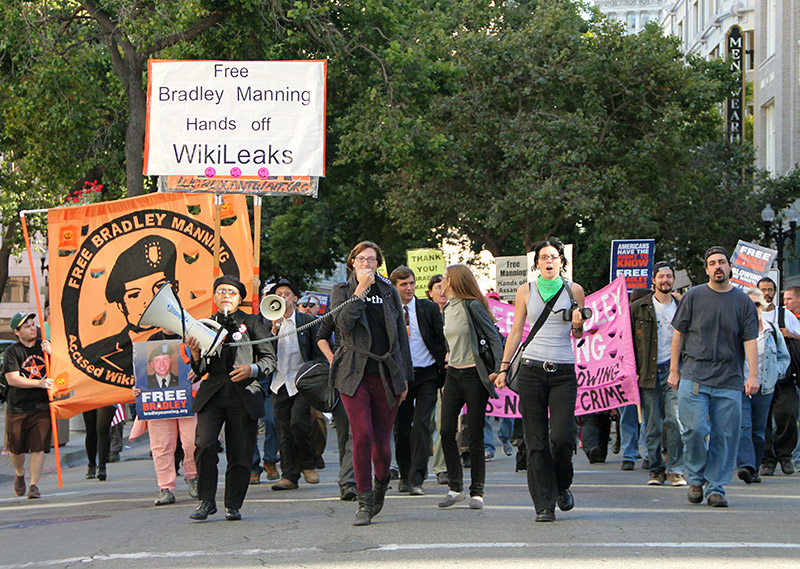 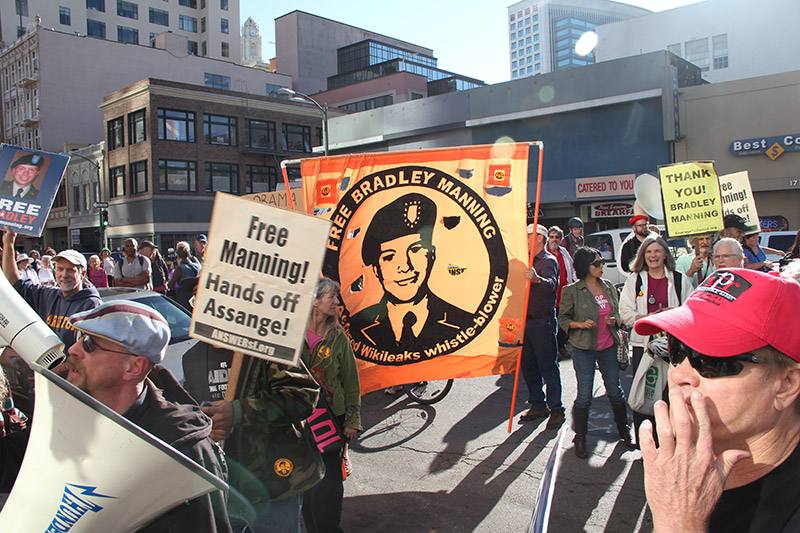 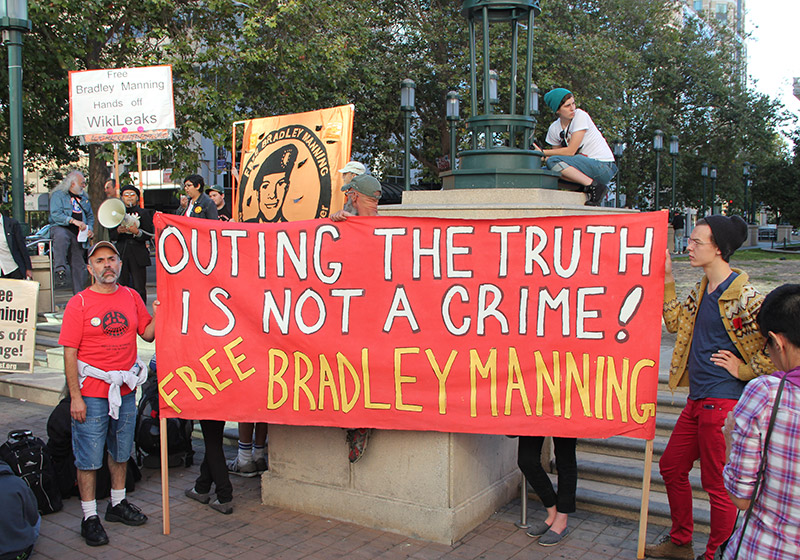 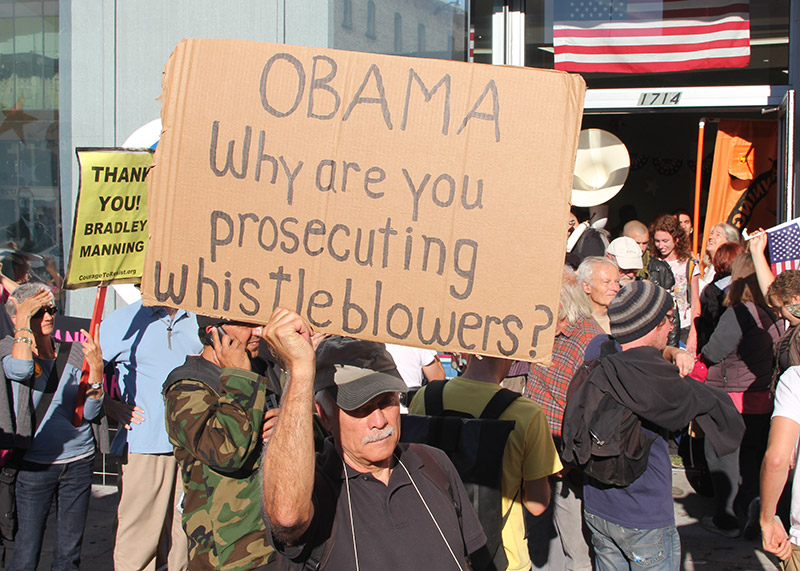 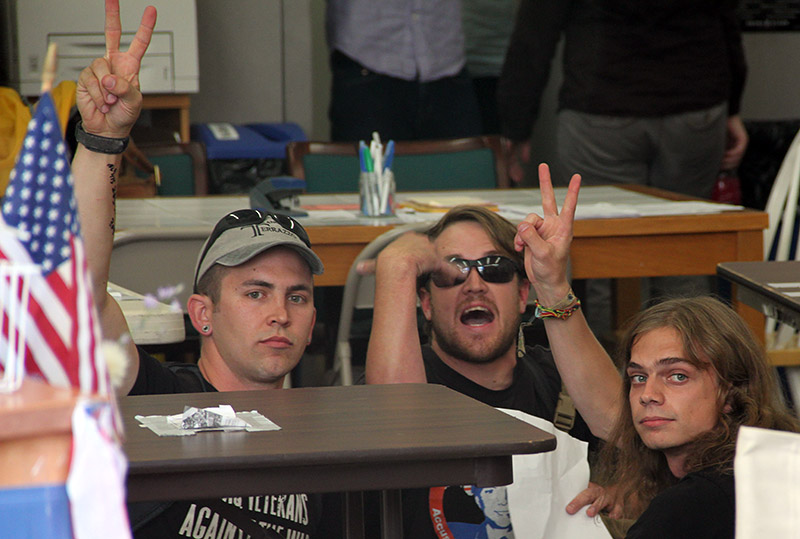 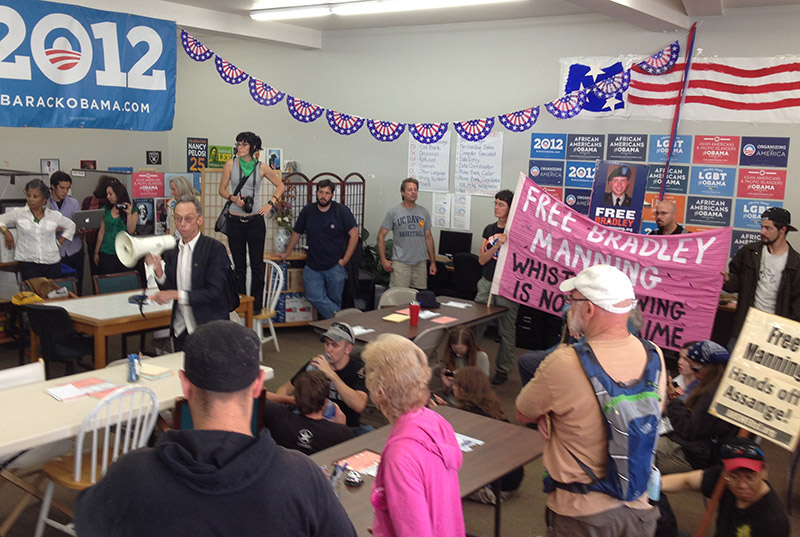 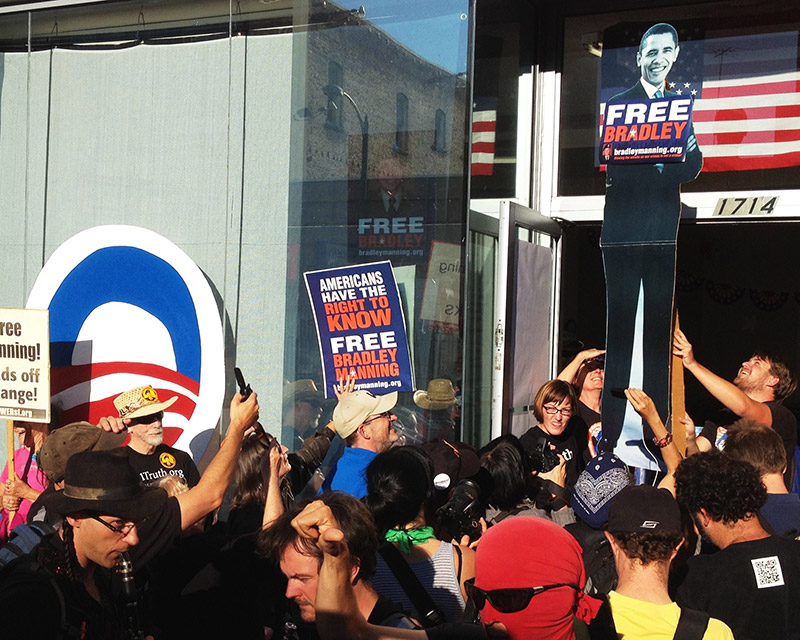 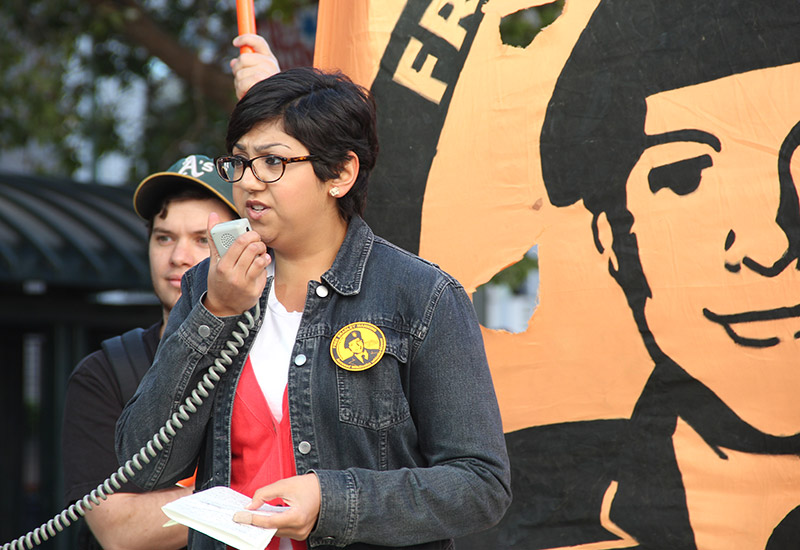 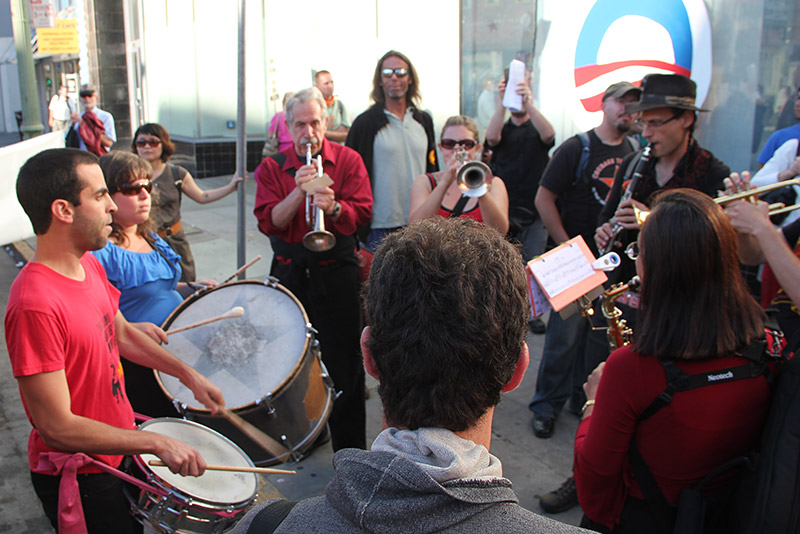 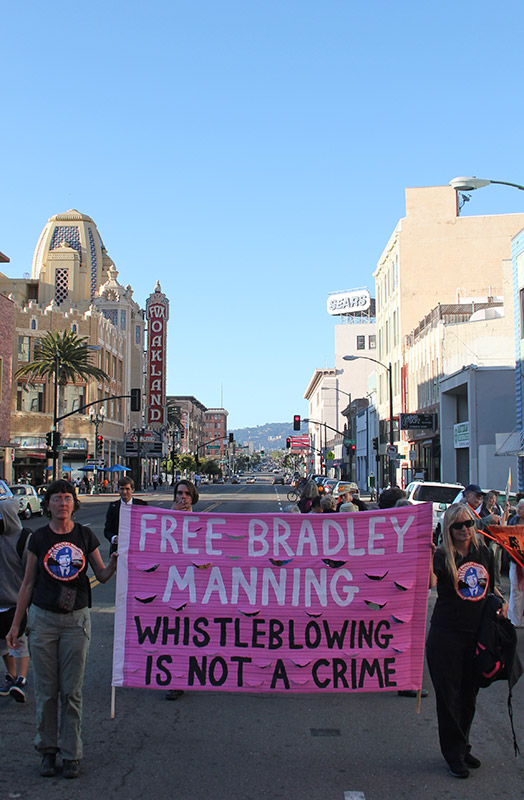 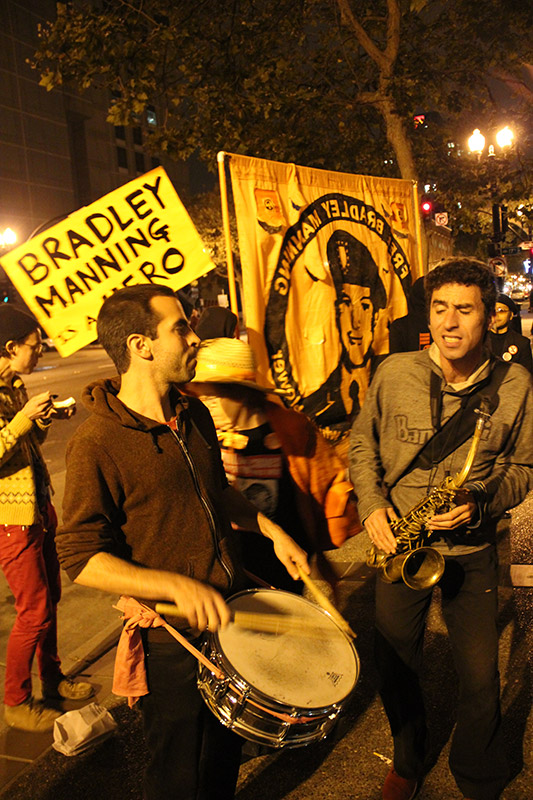 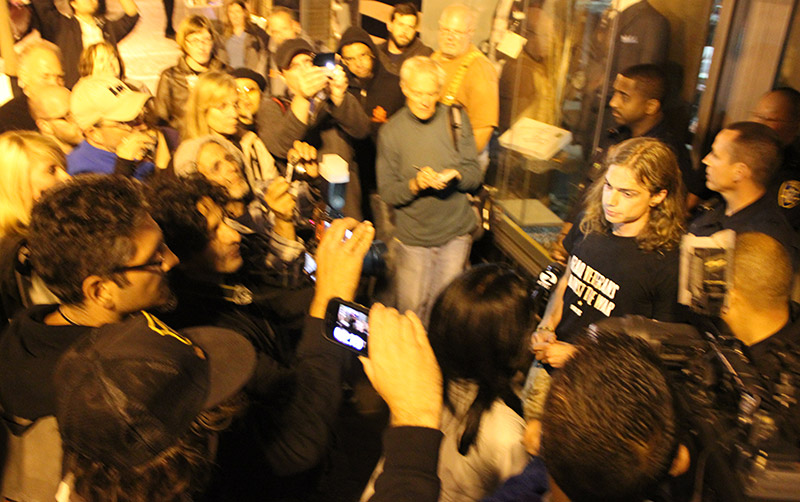 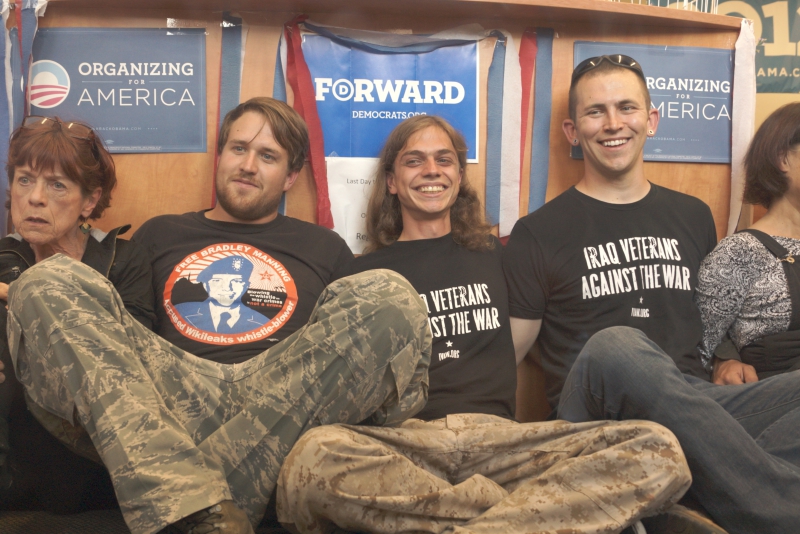 original image (4240x2832)
On Thursday August 16th as protests took place in Los Angeles and Portland Oregon in support of Bradley Manning, here in Oakland dozens of protesters marched on the Obama campaign office, shutting it down.