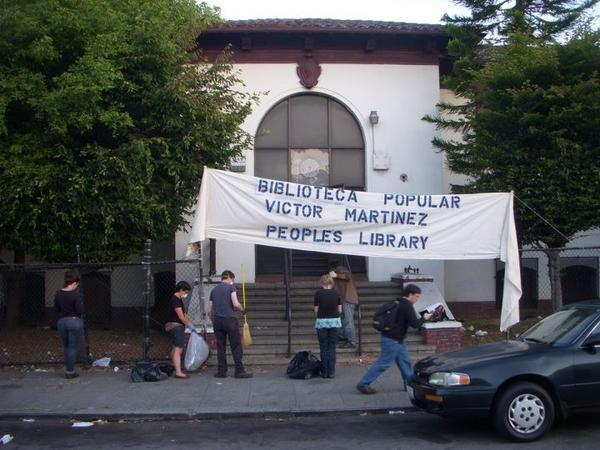 The building unveiled today as the Victor Martinez Community Library was part of a Carnegie Foundation endowment of four libraries given to the city of Oakland between 1916 and 1918. Oakland’s librarian at the time, Charles S. Greene, believed that the city’s people would benefit most from libraries placed within their communities.

Despite this vision, the building was one of seven branch casualties of budget cuts in the late seventies, severing vital library life-lines in poor and working communities. Since then, the “Latin American Branch” library building located at the corner of Miller and 15th st. has mostly sat empty, despite the fact that the next nearest library is miles away, and increasingly difficult to access in a city like Oakland with an increasingly expensive transit system. With its eroding chain link fence and decaying, armored exterior, the building is much more than an eyesore; the unused, but inaccessible, space creates a life-draining dark vacuum of stability that serves at best as a convenient place for the unscrupulous to dump their old mattresses, couches and assorted garbage.

This morning, a group of activists opened this building again for use as a library. Inside is the modest seed for a library and community center—hundreds of books donated by people who envision the rebirth of local, community-owned libraries and social and political centers throughout Oakland. We’ve named the building after recently deceased author, Victor Martinez, who overcame a young life of hard agricultural work to become a successful writer in the Bay Area. His semi-autobiographical novel, Parrot in the Oven, has become a seminal work of the Latino experience. Martinez died last year at 56 of an illness caused by his work in the fields.

If you live in this community, we only ask that you think about how you can use this building. Name it anything you like. Purpose it to any goal that benefits the community—library, social or political neighborhood center. All we ask is that you consider keeping it out of the hands of a city which will only seal the fence and doors again, turning the space back into an aggregator of the city’s trash and a dark hole in the middle of an embattled community. The doors here are open. And there are many others simply waiting to be. 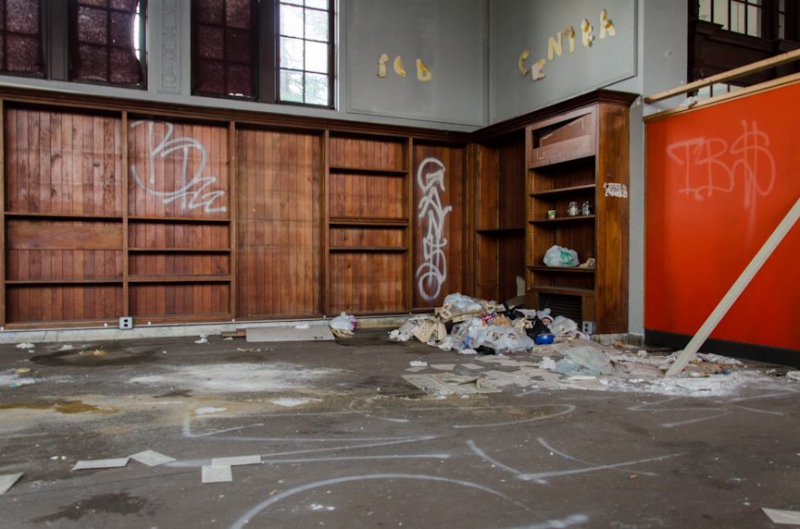 What the Biblioteca Popular looked like before people cleaned it up & brought books, & what OPD wants it to return to. pic.twitter.com/zm6mS1S8

http://pic.twitter.com/zm6mS1S8
Add Your Comments
LATEST COMMENTS ABOUT THIS ARTICLE
Listed below are the latest comments about this post.
These comments are submitted anonymously by website visitors.