Add an Event
Newswire
Calendar
Features
Home
Donate
From the Open-Publishing Calendar
From the Open-Publishing Newswire
Indybay Feature
Publish to Newswire
Add an Event
Related Categories: East Bay | Environment & Forest Defense | Health, Housing & Public Services | Labor & Workers
Chevron Rage-Richmond Community Demands Justice & Some Want Public Control Of Chevron
by Labor Video Project
Thursday Aug 9th, 2012 8:18 AM
Hundreds of Richmond, California residents and workers spoke out on August 14, 2012 against the continued contamination and health dangers after a major fire at the largest refinery in Northern California. Some called for the criminal prosecution of Chevron bosses and also for nationalization of the energy industry. 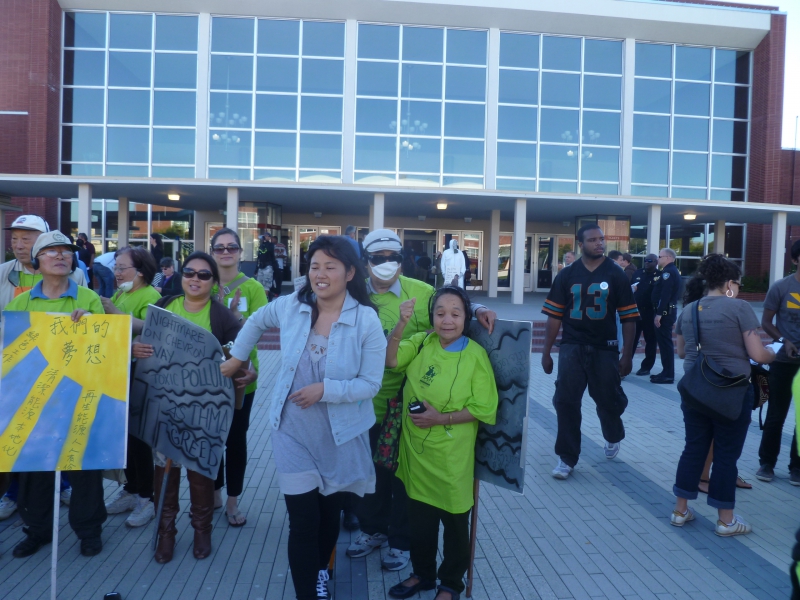 original image (2560x1920)
Chevron Rage-Richmond Community Demands Justice & Some Want Public Control Of Chevron And Criminal Prosecution
The day after a major fire at the Richmond, California Chevron refinery hundreds
of residents and working people attended a meeting about the fire, the causes
of the fire and the health affects on the community and workers. The meeting
took place on August 14, 2012. Angry residents protested the continued toxic
releases and dangerous contamination of the workers and community which has
led to asthma and cancers among many of the residents. Some people also called
for the nationalization of the refinery and the energy industry in order to protect
health and safety of the workers and community as well as to reduce the use of oil
and other toxic energy sources.
One of the issues also addressed was the use of over 1200 workers by contractors
from outside the state to make repairs in the plant and the potential dangers from
outsourcing the repair work in the refinery.
Production of Labor Video Project http://www.laborvideo.org
http://youtu.be/YYq0ykGEwiQ
§Chevron is the worst polluter in Richmond
by Labor Video Project Thursday Aug 9th, 2012 8:18 AM 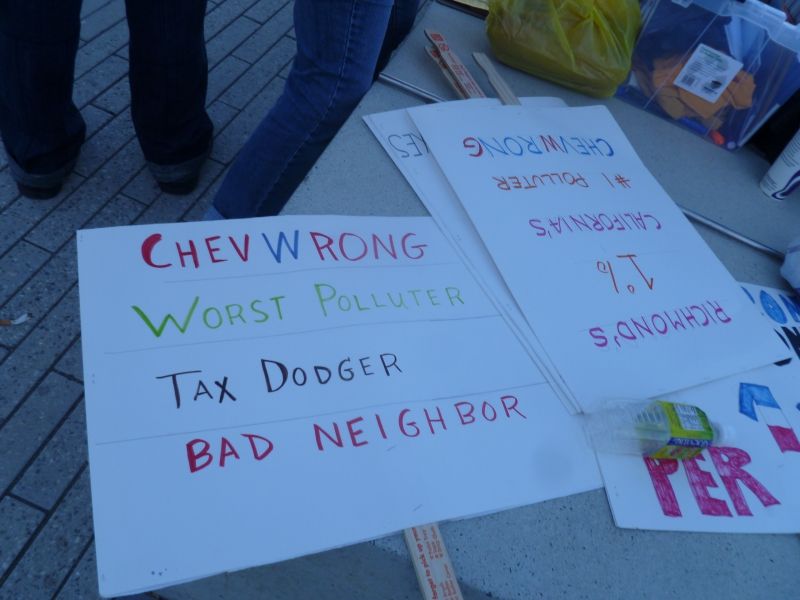 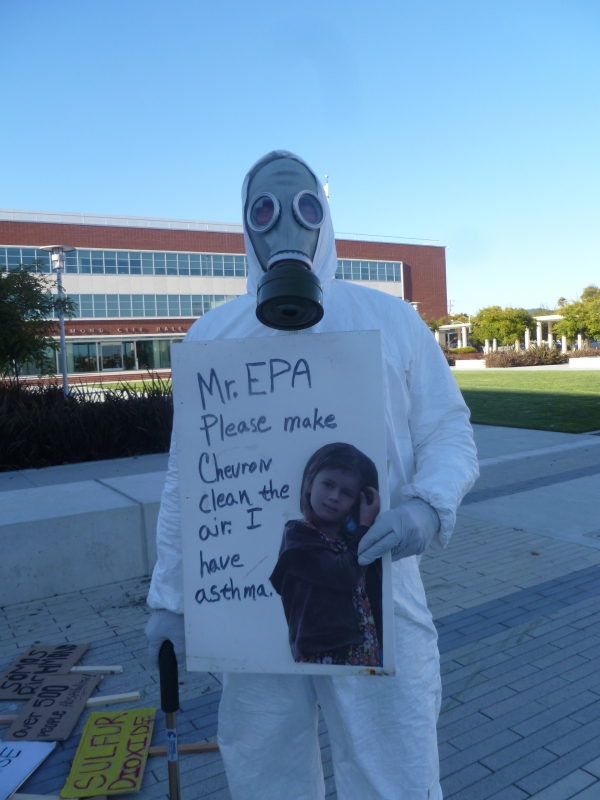 original image (1920x2560)
One resident donned a protection suit and mask to show the dangers of those living in Richmond and also called for nationalization of the refinery
http://youtu.be/YYq0ykGEwiQ
§Chevron Pollutes The World For Profits
by Labor Video Project Thursday Aug 9th, 2012 8:18 AM 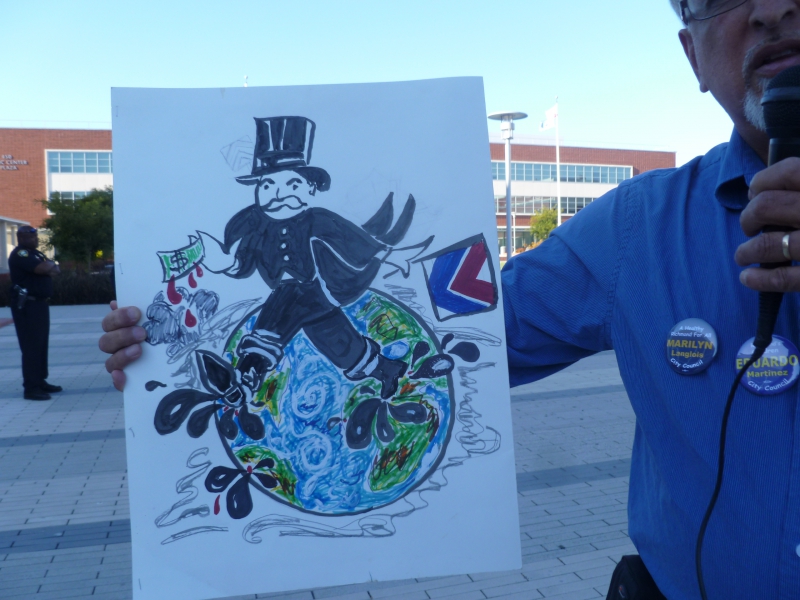 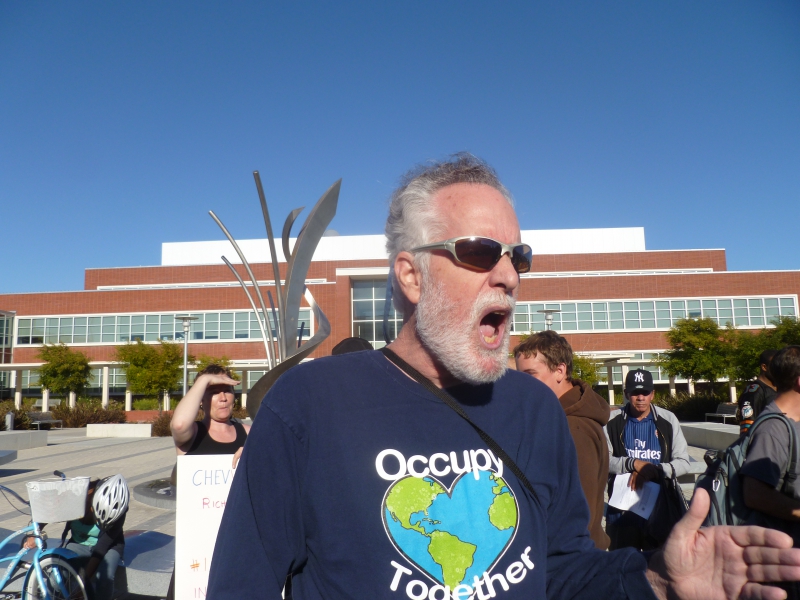 original image (4320x3240)
A supporter of Occupy called for the public control of energy and Chevron for the development of alternative energy sources
http://youtu.be/YYq0ykGEwiQ
§Peoples Health Not Corporate Wealth
by Labor Video Project Thursday Aug 9th, 2012 8:18 AM 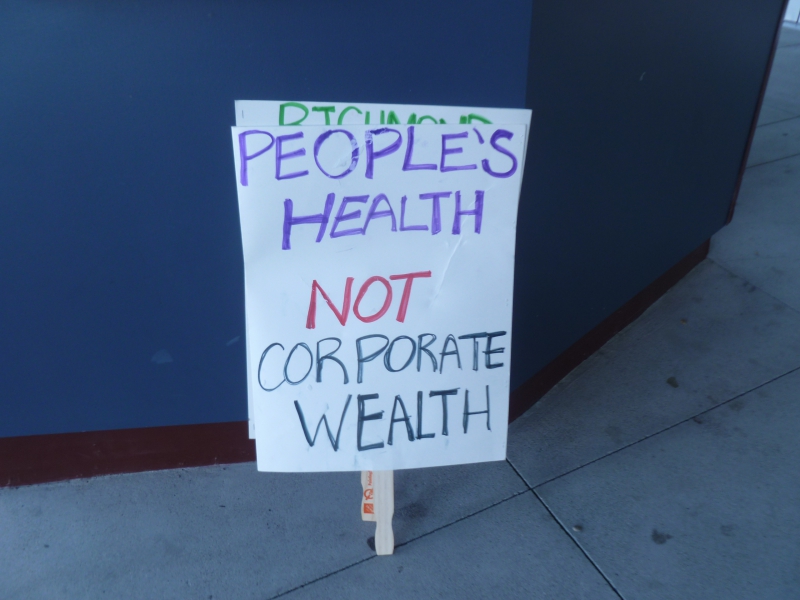 original image (2560x1920)
Many residents reported on their serious health problems and the lack of concern by Chevron about the deadly contamination coming from the refinery that is bringing asthma and cancers
http://youtu.be/YYq0ykGEwiQ
Add Your Comments
LATEST COMMENTS ABOUT THIS ARTICLE
Listed below are the latest comments about this post.
These comments are submitted anonymously by website visitors.