by Mike Rhodes (editor [at] fresnoalliance.com)
The war on the poor continues in Fresno. See below for the details. 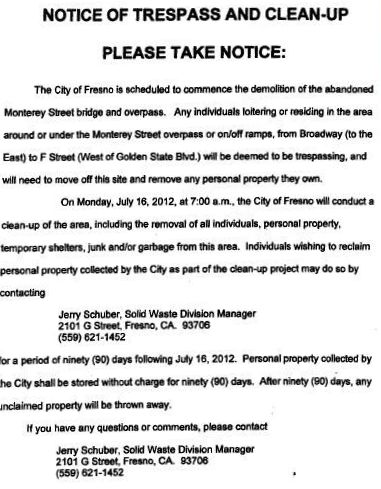 More cruel and heartless evictions of the homeless will take place in Fresno on July 16. The City of Fresno has budgeted $968,232 to demolish the Monterey Street Bridge which is the site of several homeless encampments. This bridge, which engineers say can no longer be used for automobile traffic, is currently being used by the homeless to get out of the scorching heat of the summer and as protection from rain in the winter. If it is demolished it will become one more weed infested vacant lot in the wasteland of downtown Fresno.

These evictions will affect the approximately 100 people living on The Hill, New Jack City (which has been reborn) and the area around Pastor Ray Polk’s ministry. The city demolition will also remove Polk’s Homeless Memorial that he has built for those who have died on the mean streets of Fresno.

Eviction notices went up a couple of days ago and the bulldozers will arrive later this month. Last October and November the city spent over $200,000 to destroy homeless encampments all over downtown Fresno. That destructive rampage has resulted in 14 lawsuits being filed against the city alleging that they took and immediately destroyed homeless peoples property. More lawsuits will likely be filed as over 100 homeless people have filed claims for damages caused by the city’s aggressive “clean-up” procedures.

In 2008 a Federal Court ordered the City of Fresno to stop these kinds of attacks and a $2.3 million settlement was given to the homeless members of a class action lawsuit and their attorneys.

With the City of Fresno in a financial crisis, many homeless advocates argue that this is not a good time to spend nearly $1 million to demolish the Monterey Bridge. They point out that the mayor is talking about privatizing the sanitation department to save money, they have cut back on senior meal programs, and are unable to open a community center one block away from the bridge. The city spent nearly $4 million to build that community center (on Elm and California) which has an NBA-sized basketball court. The city claims it has no money to open it up. Yet, it can spend hundreds of thousands of dollars to bulldoze the homeless encampments, $986.232 to destroy this bridge, and millions to settle lawsuits resulting from their cruel and heartless policy on homelessness. 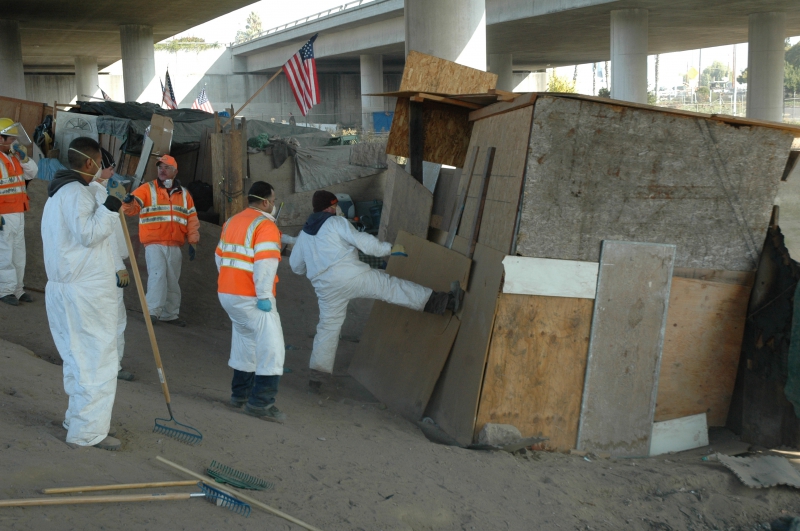 original image (3008x2000)
This is an example of how the City of Fresno moves into a homeless encampment and destroys everything in their path.
END_OF_DOCUMENT_TOKEN_TO_BE_REPLACED
§Mother Nature
by Mike Rhodes 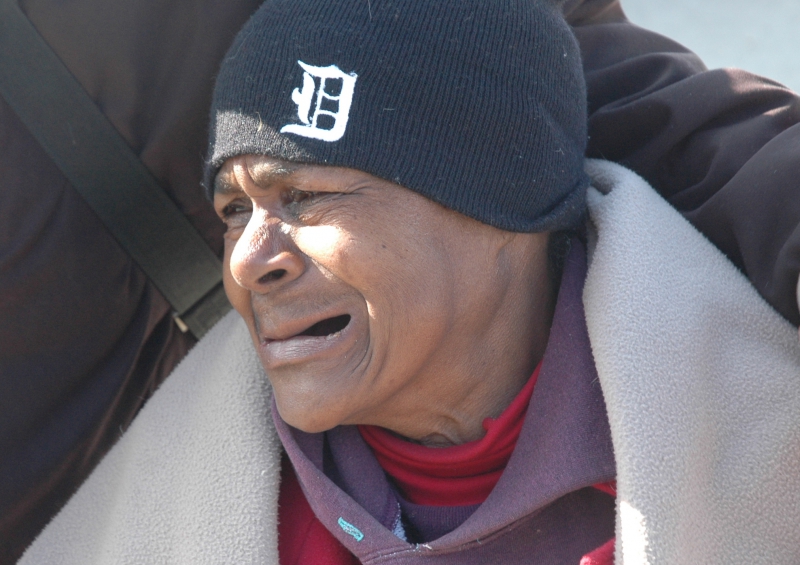 original image (2023x1431)
This is Mother Nature as she watched her home being kicked down by the City of Fresno (see the previous photo). After the city destroyed her shelter, she had nowhere to live.
END_OF_DOCUMENT_TOKEN_TO_BE_REPLACED
§Current Shelter near the Monterey Bridge
by Mike Rhodes 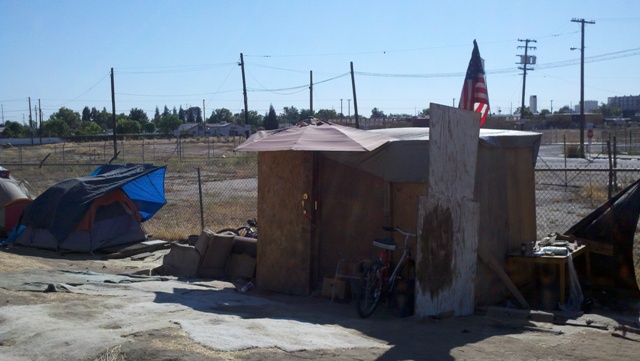 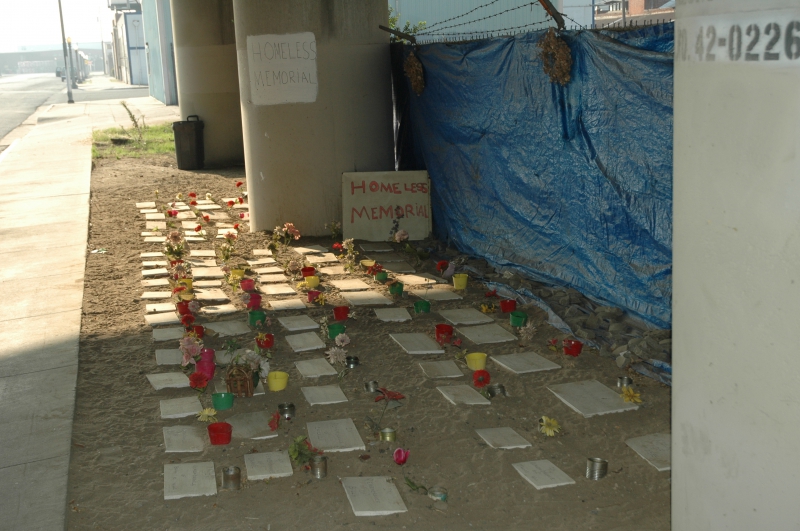 original image (3008x2000)
END_OF_DOCUMENT_TOKEN_TO_BE_REPLACED
Add Your Comments
Support Independent Media
We are 100% volunteer and depend on your participation to sustain our efforts!