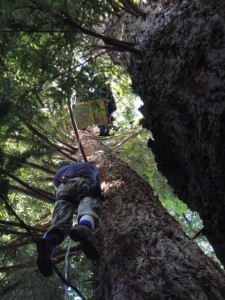 After 4 years of defending this forest, we are excited to announce that Green Diamond has ended the logging plan! The anticipation for this decision grew as we headed nearer to August, when GD could have extended the plan for another year.
Last week, GD announced they now intend to sell about 2,000 acres, including the 60 acres we've been defending and the surround area to the Trust For Public Land to become a community forest. It's been an intense 4 years for us and we're looking forward to some much needed R&R, but will continue on with our work to defend our planet.
Come on out to the Redwood Coast regional rendezvous August 2-7! More details to come on that.

Here’s our press release, soon we’ll have a more thorough write up of this victory and the events that lead up to it.

Cutten, Ca. - Monday, June 18th 2012 – After 4 years of continuous tree-sitting in the McKay Tract, Earth First! Humboldt is declaring success. Green Diamond Resource Company (GDRC) has sent paperwork to the Calfire’s forestry department, ending the clear-cut logging plan where the tree-sits are located. The logging company recently stated that it’s close to signing a deal to sell roughly 2,000 acres of the western McKay Tract to the Trust for Public Land. The Trust plans to manage the area as a community forest in a similar manner to Arcata’s community forest .

“These trees would have been logged in 2009 if we hadn’t gone up there, and the threat remained until now,” said forest defender Jeremy Jensen. “We are very relieved that there was a positive outcome, and that Green Diamond decided to do the right thing for this particular grove.”

In August of 2008 members of Earth First! Humboldt climbed an ancient Redwood in GDRC’s 60 acre “Mckay 09” timber harvest plan, and set up the first of many tree sits there.
In Februrary of 2009, GDRC timber fallers were sent in to log the 100 year old second-growth and residual old-growth Redwood forest, but discovered multiple tree-sit areas and a large crowd of protesters on the edge of the woods.

GDRC decided to take a mainly hands-off approach, deciding to try and wait out protesters rather than remove them from the trees. Since then, tree-sitters created a ropes course which has expanded over several acres. People from 11 different countries and multiple states across the US have come out to help the cause.

“Hundreds of folks have come out to participate, and community support has really kept this campaign going throughout the last 4 years,” says Kelsey Burll, one of the long term tree-sitters.

“This is a huge success for us, but our work is far from over. Old growth logging and clear-cuts are still happening at a rapid pace, and we will continue our work to protect pristine forests and persuade companies to adopt more sustainable practices.” said Kelsey.

The Earth First!ers are planning to hold a rendezvous in August to bring together people from around the region for discussions and trainings, as well as highlighting problematic industrial logging activities.

§These trees will soon be un-tied, and clean up will begin.
by Sorrel 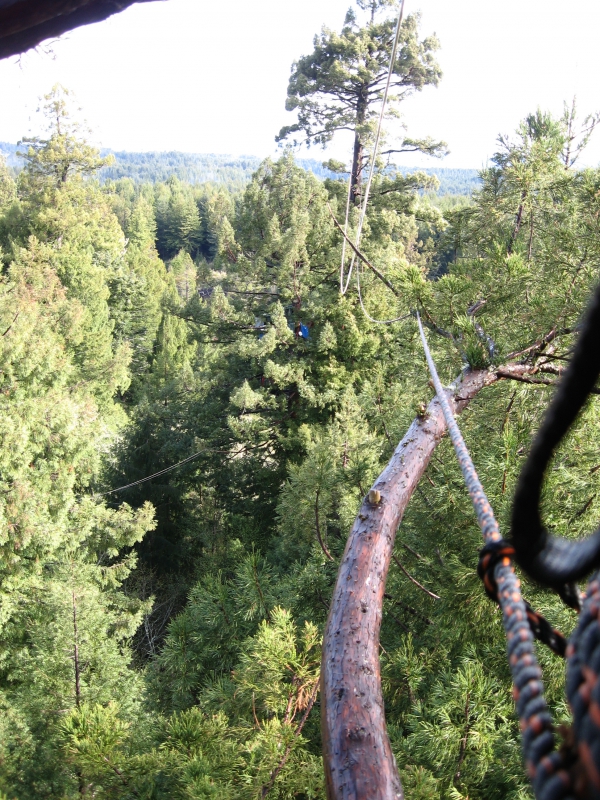