by Animal Advocate
June 14, 2012 Judge William Brigham ruled in favor of Plaintiffs in the case Bat World Sanctuary v Mary Cummins. Cummins had reported Lollar to authorities for animal cruelty and animal neglect which she witnessed while at Bat World in Texas. She posted her reports and public documents online and was sued for defamation. Cummins is appealing this unjust ruling. 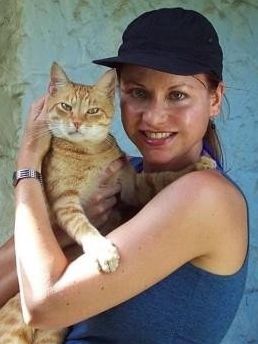 Mary Cummins an animal rescuer in Los Angeles, California reported Amanda Lollar of Bat World Sanctuary for animal cruelty, animal neglect and health code violations. Cummins witnessed Amanda Lollar performing surgery on bats when she is not a veterinarian and hasn't gone past the ninth grade. Bats were dying under Lollar's care. Cummins posted her findings on her website AnimalAdvocates.us.

Cummins also posted negative reports bat experts had made about Lollar's procedures. Lollar recommended freezing bats to death in her manual which is illegal and inhumane according to the American Veterinary Medication Association. Lollar also recommended the improper use of anesthesia which Lollar admitted caused some bats to die.

Amanda Lollar then sued Cummins for defamation. Plaintiffs in court did not prove that Cummins defamed Lollar. The essential elements of a defamation cause of action that must be proven in Texas are, (1) The defendant published a statement of fact, (2) The statement was defamatory, (3) The statement was false, (4) The defendant acted negligently in publishing the false and defamatory statement, and (5) The Plaintiffs suffered damages as a result.

Cummins contends she never signed a contract. Plaintiffs' own signature expert report stated that the signature on the contract was only "probable." It was not "strongly probable" or a "positive identification." Plaintiffs did not perform according to the contract. Cummins actions would have never been considered a breach. Plaintiffs showed no financial damages.

Even though Plaintiffs did not prove defamation or breach of contract Judge William Brigham ruled in favor of Plaintiffs. The Judge will soon sign an order to force Cummins to remove items from her website and others. The items are the results of information act requests. They are complaints made by others about animal cruelty, animal neglect and violations of the health code. The order will also include websites owned by others who were not a party to the action.

Cummins stated "I clearly did not defame Amanda Lollar or Bat World Sanctuary. I reported her for animal cruelty and neglect. I provided photos and videos to authorities besides detailed reports. Lollar just wants to hide these complaints from the public. Most of the items they want removed were written by others or are on websites I don't even control. I cannot possibly remove other people's websites or content. This order is overly broad."

Cummins continued "I most certainly did not sign their contract. Their own expert handwriting report did not state that I signed it. The authorship report by their so-called 'expert' Eric Shupps is also flawed. Shupps has never been an expert witness before in any case. He used a free beta software called JGAAP. The author of the program stated it cannot be used for court cases because of its inherent limitations. Shupps also used the writings of others as samples of my writing. Garbage in, garbage out. On top of this Shupps accused me of planting a Google bomb. Google bombs have been impossible since 2007."

When asked about the ruling Cummins replied, "I'm shocked because Plaintiffs did not show the essential elements for a claim of defamation or breach of contract. Then again I'm not shocked. Before one hearing Plaintiffs' attorney Randy Turner told me that he's known this judge for years. He insinuated that the Judge will automatically rule in his favor, and he did. There was a conflict of interest."

Cummins stated she is contesting the Judge's order, requesting a new trial and appealing the decision. Cummins is currently suing Amanda Lollar and Bat World Sanctuary in Federal court in California for libel and defamation.