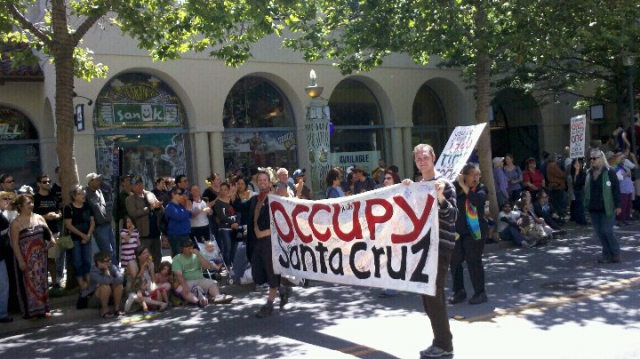 original image (720x404)
Several members of Occupy Santa Cruz marched autonomously in the Santa Cruz Gay Pride Parade.
Add Your Comments
LATEST COMMENTS ABOUT THIS ARTICLE
Listed below are the latest comments about this post.
These comments are submitted anonymously by website visitors.