Add an Event
Newswire
Calendar
Features
Home
Donate
From the Open-Publishing Calendar
From the Open-Publishing Newswire
Indybay Feature
Publish to Newswire
Add an Event
Related Categories: International | Global Justice & Anti-Capitalism | Government & Elections | Legal Support | Police State & Prisons
Solidarity Means Attack - Call For Support From Montréal!
by anon
Wednesday May 23rd, 2012 6:03 PM
“You can cut down all of the flowers but you cannot stop the spring.”
- poster circulating around the strike 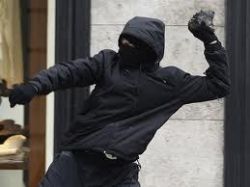 THE LAWS
On Friday, May 18, 2012, two new laws came into effect in montréal. Their purpose is to stifle the anti-capitalist revolt that has emerged from the student strike that began in this province fifteen weeks ago, to restore order and clear the way for the implementation of austerity measures in this territory.

The first is a municipal by-law. It aims to discourage people from wearing masks at demonstrations by threatening them with fines from $1000 to $5000. It comes as the federal government is contemplating a law, to be implemented across the whole territory of the canadian state, that would punish those who conceal their identities “while participating in a riot” with a maximum of ten years in prison.


The second is the provincial government’s Special Law which demands that all public manifestations of popular dissent submit themselves to fastidious control by the state. Any demonstration, anywhere in québec, must submit a start time and a complete route to the local police at least eight hours in advance; if it does not, it is illegal. The route can also be changed at any time by the police. There can be no demonstrations on the grounds of academic institutions, nor even within fifty metres of them. Any leader, spokesperson, or rank-holding member of a student association that blocks access to classes or counsels others to do so will be subjected to a fine ranging between $7000 and $35,000. If a student association as a whole is found guilty of the above, they will be subjected of a fine between $25,000 and $125,000. The amounts are doubled for second offences, and student associations can lose one semester of membership fees for every day that the law is violated. It is also illegal to encourage any other person to attend an illegal demonstration, and it is potentially illegal to livetweet where the demo is and what it’s up to at any given time.

In the three days that the Special Law has been in place, its tangible effect on the movement has been that CLASSE, the most radical student union, has taken down its calendar of events, which listed all of the actions that were happening in montréal and other cities across québec. A new anonymous website has gone up.

In and of themselves, these two new laws will probably not contribute much to putting more people behind bars in the same way as the federal government’s project of prison expansion and criminal justice overhaul. Instead, the aim is to destroy the finances of organizations that have accommodated themselves to the system and perhaps recoup some of the enormous costs incurred as a result of economic sabotage, traffic and commuter chaos, and police overtime over the last few months. To be clear, the fat bank accounts of the student federations were a crucial component of this situation beginning, and since they could be helpful in the future, they’re worth defending. Sustaining the revolt, however, does not require money so much as courage, will, and creativity. We will get what we need to keep fighting, even if it becomes somewhat harder to do so.

Still, what happened in legislative assemblies and city council meetings has had and will have an effect on the streets. Demos are being declared as illegal from the moment they begin, which emboldens the SPVM (local cops) and the SQ (provincial cops) to use more intense dispersal techniques and greater levels of force earlier on. Prior to this law, they’d taken eyes, broken arms, shattered jaws, and put people into life-threatening comas. But people are still in the streets, throwing asphalt at riot cops and building burning barricades...

THE STRIKE
To contextualize things, the strike – if defined as students refusing to attend school – began at the start of February when most of the cégeps in the province of québec, as well as two of the largest universities, voted to strike. Through a series of consistent general assemblies, the student unions and specific faculties of these schools have maintained that they are on strike, each of the bodies defining their intentions and goals. For some of the schools, continuing the strike has been a week-to-week re-negotiation while others voted right from the beginning to participate in an unlimited general strike, and still others voted to strike until all education was free.

At first, the government refused to negotiate with the student federations, insisting that the decision had already been made. It took until the latter half of April before talks could happen, thanks in large part to the unilateral call for a truce by CLASSE’s executive without the consultation of the membership. This truce took the form of CLASSE stating that no actions would happen under their name while negotiations were in progress. Talks broke down when a confrontational demo, not planned by CLASSE, took the streets on April 24, the government refused to sit down with CLASSE any longer, and the other two federations walked out in solidarity. Whether the government knew it and was being manipulative, or didn’t and was being stupid, it should have been clear that the federation bureaucrats no longer had any control over the people in the streets – and this was no longer simply about increasing tuition fees. When further talks two weeks later produced an actual proposal for a deal, the federation memberships rejected it. There is no reason to think there will be any more talks for some time. That leaves significantly fewer options for a leftist recuperation.

TODAY
Right now, the general sentiment in the street is that we will not stop, we will not be contained, and we do not want this to end now. We have watched the situation transform from a limited strike with reformist goals to a generalized revolt with revolutionary aspirations. The diversity of tactics being used, the cries that ring out during demos, and the kinds of targets that get attacked are pretty clear indications that this is about so much more than tuition fees – and many moments have been beautiful in a way that is hard to convey. We won’t give up on this.

And we want you to feel what we’re feeling. We know you feel something, but we want you to feel it like we feel it. We know that every time one of us goes to jail, every time a comrade in the streets loses their eye to the shrapnel of a concussion grenade or their ear to a rubber bullet to the head, that there are so many others who feel the heat of vengeance swell inside them. Knowing the global situation, knowing that people are approaching the breaking point not just here but everywhere, it needs to be insisted upon that what is happening in québec is not exceptional. What has happened here can happen elsewhere and it needs to happen elsewhere. Everything we’re doing has been inspired by the revolts and uprisings that have taken hold in other places. If it can’t inspire social disruptions of its own, then it will die out quick.

So this is a call out for solidarity as much as it’s our heartfelt hope that one day you’ll feel this around you as well. This needs to spread past montréal, past québec. Bring it to your cities and communities in whatever way you can, using whatever methods and means are at your disposal.

Our hearts and heads are tired, but we’re still smiling.

When shit is fucked, fuck shit up. 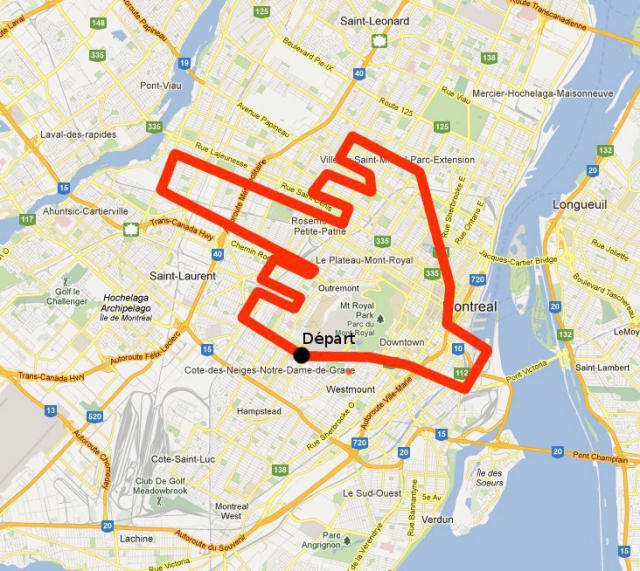 original image (732x654)
Montreal Students asked to give Police map of their march route- they gave them this
http://i.imgur.com/5DZgw.jpg
Add Your Comments
Support Independent Media
We are 100% volunteer and depend on your participation to sustain our efforts!