by Dave Id
Two to three hundred people marched from the Earth Day rally at Ohlone Park in Berkeley to the Gill Tract at the intersection of San Pablo and Marin Avenues in Albany. This is the last best farmland in the East Bay, but the University of California intends to sell much of it to private developers so that a shopping center with a Whole Foods grocery store and a parking lot can be built. Immediately upon arrival, people began to clear and till the land. Organizers are asking supporters to tell friends, come down, and learn what urban farming is all about. 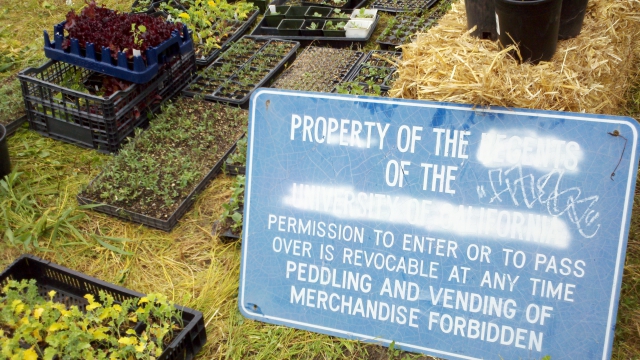 original image (3264x1840)
UC police arrived within an hour and announced that those present were trespassing and enforcement might come after 10pm. When informed of the presence of families with children, the two UC officers said plenty of notice would be given before any possible police action. The officers also said that journalists covering the farming would not be arrested. About two hours later, one of the two officers returned and notified people present that they were subject to arrest and fines. Another UC officer was with him videorecording ever person they passed.
§Mustard cover cleared
by Dave Id 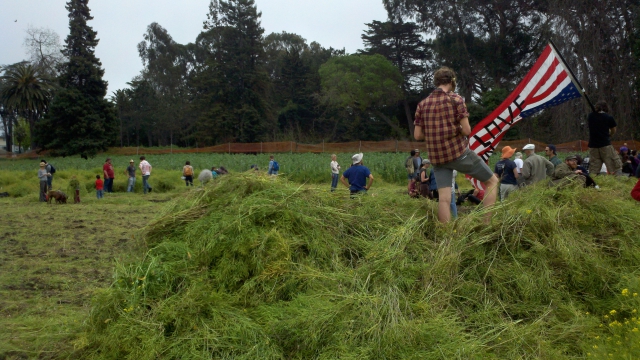 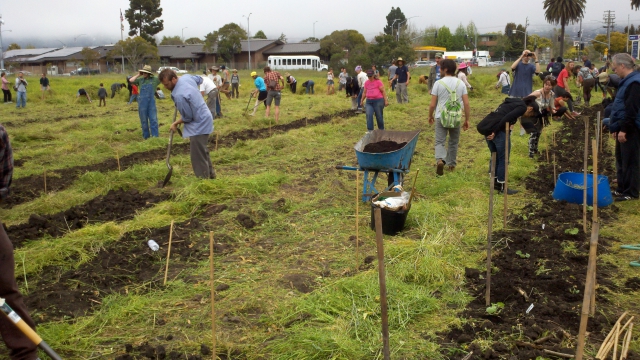 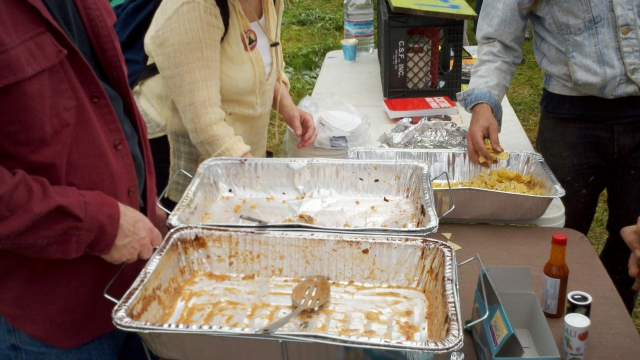 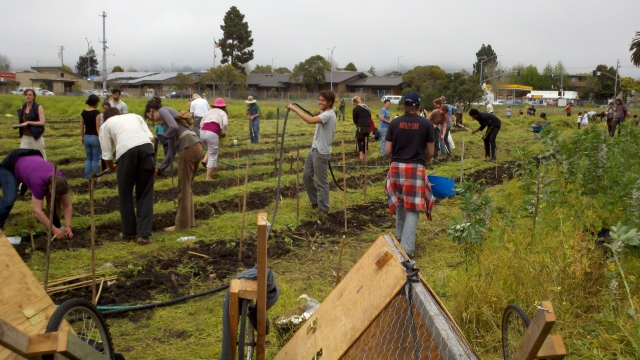 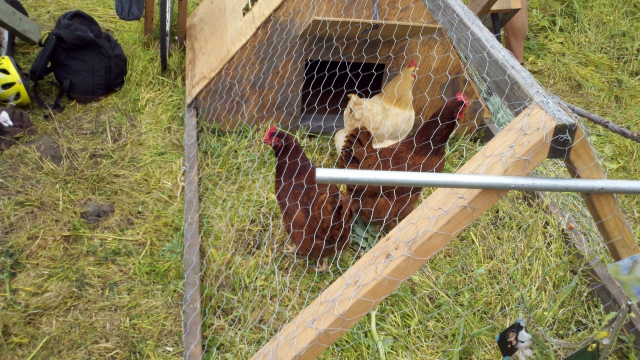 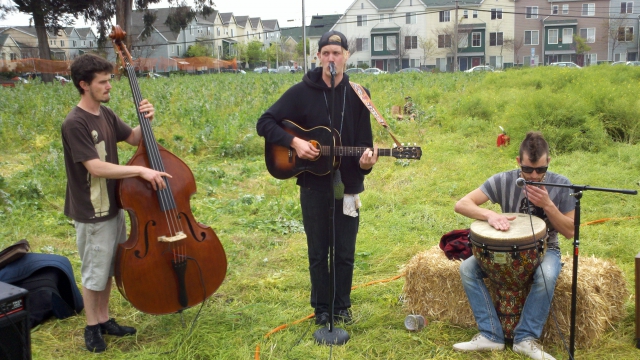 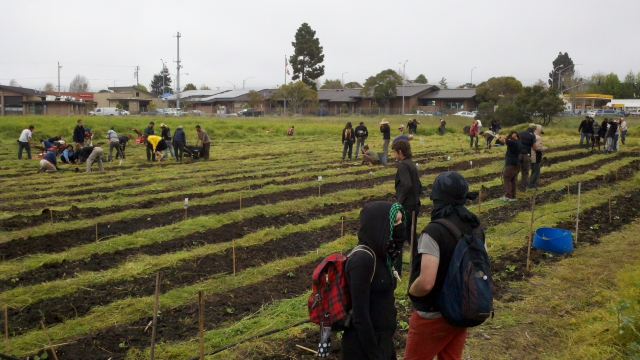 original image (3264x1840)
Lots of progress already
Add Your Comments
Latest Comments
Listed below are the latest comments about this post.
These comments are submitted anonymously by website visitors.
TITLE
AUTHOR
DATE
Request for photos
Emilie R
Support Independent Media
We are 100% volunteer and depend on your participation to sustain our efforts!