No Fooling - April 1 Action in Fresno

by Mike Rhodes (editor [at] fresnoalliance.com)
National Day of Action - this is what happened in Fresno. 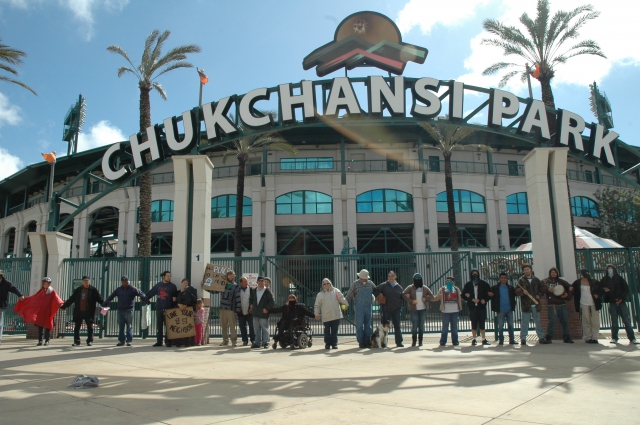 original image (3008x2000)
Highlighting local financial boondoggles, homeless advocates in Fresno called on city officials to open up a space for safe and legal campsites. An early morning semi-clandestine action resulted in banners being hung on a baseball stadium at Granite Park (see photo below). Granite Park is one of numerous City of Fresno investments that have gone bad. It includes a large open field that homeless advocates say could be used to make life better for the city's thousands of homeless residents. In addition to land, they are demanding drinking water, trash bins, and portable toilets that will be available until the city’s Housing First program finds housing for everyone who needs it.

The City of Fresno, in addition to losing money on Granite Park, has the Metropolitan Museum, an EOC Neighborhood Youth Center on California Street, and the Chukchansi baseball stadium downtown weighting them down financially. Yet, they were able to find over $200,000 to destroy homeless peoples shelters in October and November of 2011. Homeless advocates are calling on the city to convert some of the available space at these facilities to house the homeless.

After the banner drop at Granite Park, activists were joined by Occupy Fresno as they marched, with tents on their backs, to the Chukchansi baseball stadium. Once on the plaza in front of the stadium, some of the protestors started a baseball game. Others talked to the media, set up tents, and everyone eventually held hands in a symbolic act of solidarity with the homeless.
END_OF_DOCUMENT_TOKEN_TO_BE_REPLACED
§Granite Park Banner Hang
by Mike Rhodes 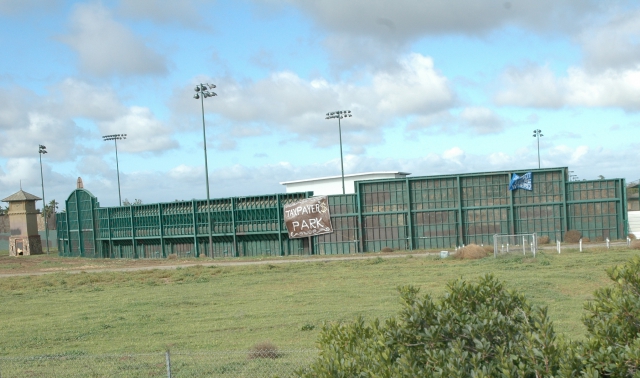 original image (2437x1441)
Granite Park Banner Hang
This banner was hung at Granite Park (as seen from Freeway 168) on April 1 to draw attention to money the City of Fresno wastes, which could have been used to meet peoples needs.
END_OF_DOCUMENT_TOKEN_TO_BE_REPLACED
§Field of Dreams?
by Mike Rhodes 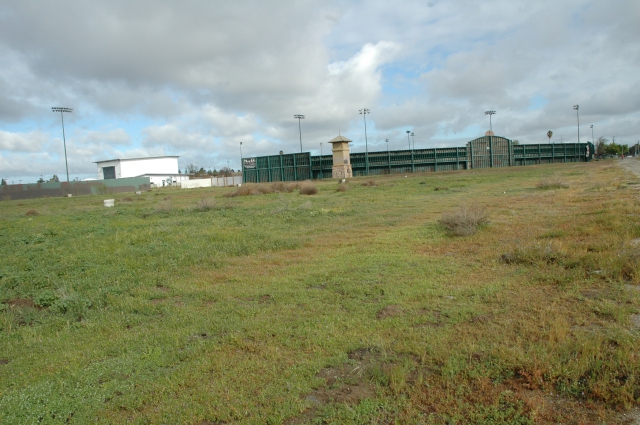 original image (3008x2000)
This large lot at Granite Park could be used to house Fresno’s homeless in a safe and legal campsite. There is plenty of land here where the homeless could live safely and have basic public services (restrooms, drinking water, and trash pick up) that everyone else in the city takes for granted.
END_OF_DOCUMENT_TOKEN_TO_BE_REPLACED
§Traveling Down Tulare Street
by Mike Rhodes 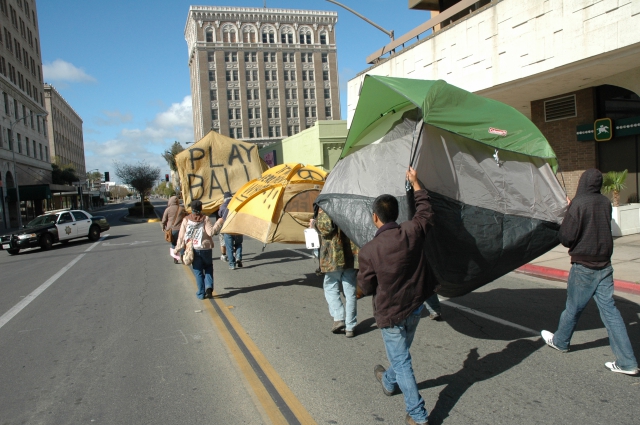 original image (3008x2000)
Don’t mind us, we are just a couple of mobile homes moving down the street.
END_OF_DOCUMENT_TOKEN_TO_BE_REPLACED
§Arriving at the Chukchansi baseball stadium
by Mike Rhodes 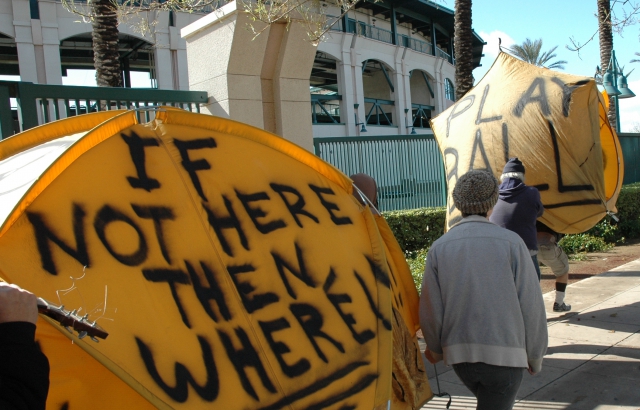 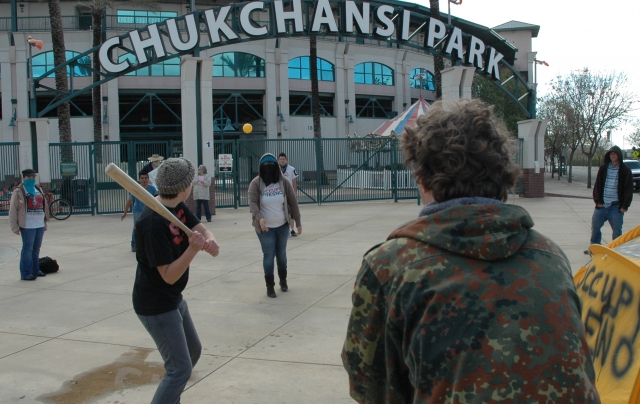 original image (2453x1551)
END_OF_DOCUMENT_TOKEN_TO_BE_REPLACED
Add Your Comments
Comments (Hide Comments)
§EMS System Abusers....
by Dan Waterhouse
The Central California Emergency Medical Services agency has suspended ambulance transport for two homeless men whose abuse of the local EMS system was widely reported recently. Unless a field assessment indicates certain criteria or there's a mental health hold, the men will be informed that they will not be transported to the hospital. A memorandum suspending services was issued last week.
Add a Comment
Support Independent Media
We are 100% volunteer and depend on your participation to sustain our efforts!