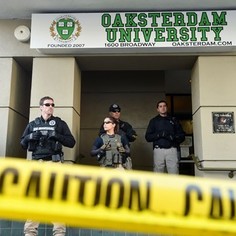 President Obama promised at the beginning of his administration to respect state medical marijuana laws. He has broken this promise time and time again -- and the consequences have been devastating.

This was a senseless act of intimidation. But I've been an activist far too long to become intimidated -- and with the majority of Americans and common sense on our side, I know this is a fight we can win.

With our government trillions in debt, why is our government using taxpayer dollars to come after me, Oaksterdam, and the thousands of patients who need medical marijuana just to get through the day?

Tell President Obama and the DEA: Enough is enough. Keep your campaign promise, and stop the raids on the medical cannabis industry!

Thanks for your support,

https://www.change.org/petitions/stop-the-medical-marijuana-raids
Add Your Comments
LATEST COMMENTS ABOUT THIS ARTICLE
Listed below are the latest comments about this post.
These comments are submitted anonymously by website visitors.