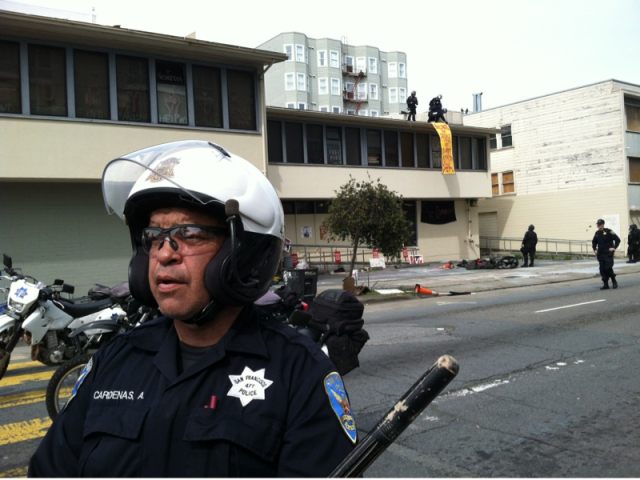 Breaking News: Scene At Occupied Building Declared A Crime Scene By SFPD.
by D. Boyer
Monday Apr 2nd, 2012 9:18 AM
http://www.indybay.org/newsitems/2012/04/02/18710569.php
§Update: Occupy SF raid at 888 Turk street
by D. Boyer Monday Apr 2nd, 2012 5:00 PM
Just got information from the SFPD's public information officer. 56 arrested and will be charged with trespassing, which are misdemeanors. The sheriff is processing the arrestees. They will be released when the processing is done. They are at the county jail. SFPD PIO stated that their officers were in fear of being attacked with stockpiled rocks, chairs and other debris.
Also 3 dogs were taken by animal care and control.
One occupier jumped out of the 2nd story window to escape the raid but was not injured.
Add Your Comments
LATEST COMMENTS ABOUT THIS ARTICLE
Listed below are the latest comments about this post.
These comments are submitted anonymously by website visitors.