Newswire
Calendar
Features
Home
Donate
From the Open-Publishing Calendar
From the Open-Publishing Newswire
Indybay Feature
Publish to Newswire
Add an Event
Related Categories: California | East Bay | U.S. | Drug War | Health, Housing & Public Services | Police State & Prisons
DEA and IRS Raid Oaksterdam
by Americans for Safe Access
Monday Apr 2nd, 2012 11:45 AM
Law enforcement agents believed to be from the Drug Enforcement Administration (DEA) and Internal Revenue Service (IRS) are raiding the home and businesses of licensed medical cannabis provider and activist Richard Lee in Oakland. Americans for Safe Access (ASA) is calling on patients and advocates to go to Oaksterdam University in downtown Oakland to protest the raids and support the victims. Take signs, banners, bullhorns, etc. We need for law enforcement and the media to know that we will not stand for this injustice! 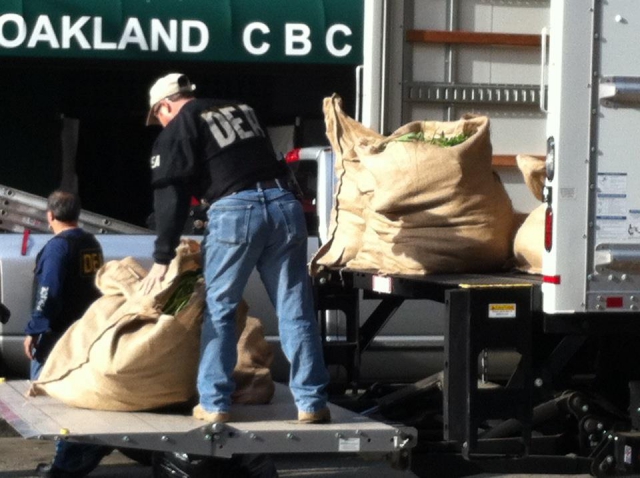 Be sure to take note of what law enforcement agencies are on hand and if anyone is arrested inside the facility. ASA will send more information as soon as we have it. You may also wish to follow @ASADonDuncan on Twitter for updates. 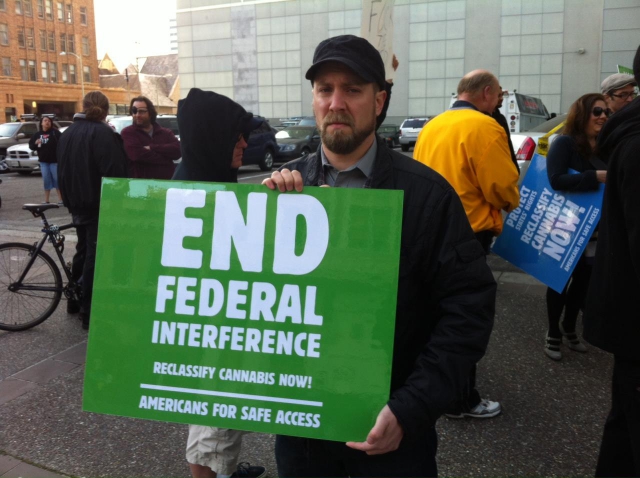 original image (1280x956)
America's First and Premier Cannabis College
http://www.oaksterdamuniversity.com/
§call Gov. Jerry Brown
by via BPG Monday Apr 2nd, 2012 11:56 AM
If you can't be there in person, call Gov. Jerry Brown or the White House >>> Tell Jerry to call off the federal dogs.

This morning agents from both the Drug Enforcement Agency and the Internal Revenue Service raided Oaksterdam University, one of California’s most famous medical marijuana institutions. From NBC Bay Area:

Just after 9 a.m. agents brought out trash bags of unknown materials to a waiting van.

The presence of the IRS in addition to the DEA at this raid should be concerning to people involved in medical marijuana. The IRS recently contended that federal law prevents medical marijuana businesses from qualifying for standard business tax deductions that all other companies take, such as rent and payroll.

Based on this ruling last year the IRS went after Harborside Health Center, another of California’s most prominent medical marijuana businesses, claiming it owed $2.5 million in back taxes. If the IRS starts aggressively enforcing this position, it could become financially impossible for medical marijuana businesses to operate; it means those currently in business could owe huge amounts in back taxes.

This raid likely represents yet the latest escalation in the Obama administration’s multi-agency war on medical marijuana. Oaksterdam University was founded by Richard Lee, the main sponsor of the failed 2010 marijuana legalization ballot measure, Proposition 19. Richard Lee and Steve DeAngelo, the chief executive of Harborside, are probably two of the most high profile individuals in California’s medical marijuana community.

http://justsaynow.firedoglake.com/2012/04/...
§Oaksterdam University gets a Monday morning federal raid
by via SF Bay Guardian Monday Apr 2nd, 2012 12:26 PM
Good morning cannabis patients. Hopefully you weren't planning on attending horticulture classes at Oaksterdam University today. The cannabis school in the heart of downtown Oakland is being raided by IRS and the DEA with support from US Marshals right now. You can check out Oaktown Live's livestream of the protests currently occuring outside the university here.

Article continues at...
http://www.sfbg.com/politics/2012/04/02/oa...
Add Your Comments
LATEST COMMENTS ABOUT THIS ARTICLE
Listed below are the latest comments about this post.
These comments are submitted anonymously by website visitors.