A video news report (8:10). In response to recent revelations publicized by mainstream media regarding the war in Afghanistan, protesters rallied in Fremont, CA, on March 30, 2012. Fremont is home to a substantial Afghan and Muslim American population. The rally closed an Armed Forces Recruitment Center. The protest was called by Afghans for Peace, autonomous Afghans, and S. F. Iraq Veterans Against the War.

COPY COMMONS: Free use of this video, including publication of it, is permitted; except by for profit publications, or any use for profit, without the express consent of Jonathan Nack, is prohibited.

Iraq Veterans Against the War: http://www.ivaw.org/ 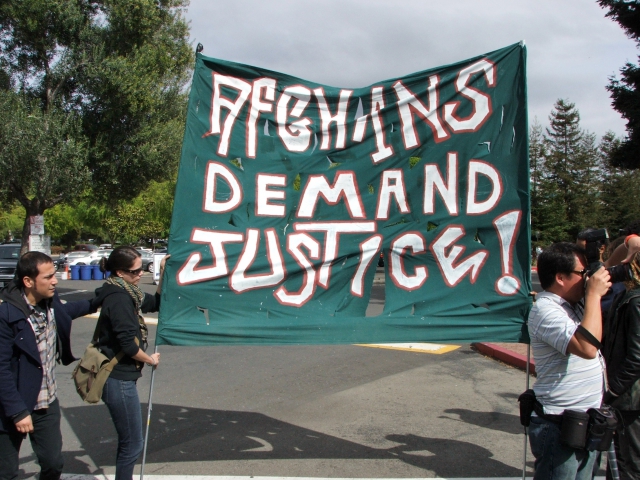 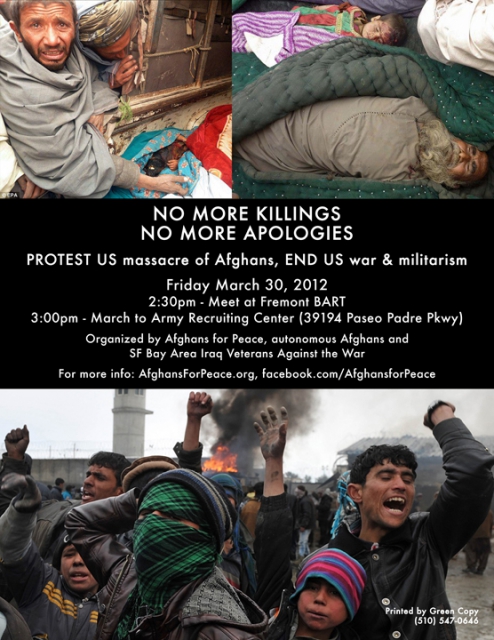 original image (556x720)
Add Your Comments
LATEST COMMENTS ABOUT THIS ARTICLE
Listed below are the latest comments about this post.
These comments are submitted anonymously by website visitors.