Food is a Right, Not a Privilege: Sharing Food with the Hungry is an Unregulated Act of Kindness 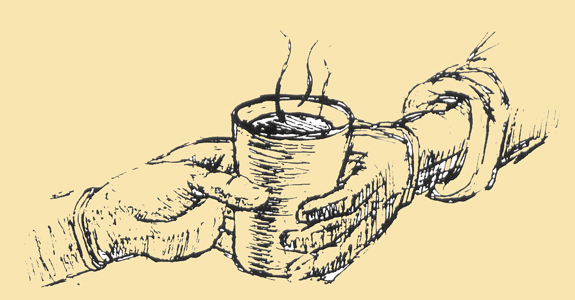 Import event into your personal calendar
Date:
Sunday, April 01, 2012
Time:
8:00 AM - 8:00 PM
Event Type:
Protest
Organizer/Author:
Location Details:
The public is encouraged to share meals with their community on Sunday, April 1, 2012 to celebrate our right to share food and end all efforts to restrict acts of compassion.
FOR IMMEDIATE RELEASE

FOOD IS A RIGHT, NOT A PRIVILEGE

Sharing food with the hungry is an unregulated act of kindness.
End all efforts to stop people from feeding the hungry.
Rescind all laws restricting compassion.

"THERE IS NO RIGHT WAY TO GIVE OUT FOOD, THERE IS ONLY GIVING OUT ALL THE FOOD YOU CAN"
- Kathy Mitro who posted a petition on line after being threatened with arrest for sharing food in Daytona Beach. Florida in January 2012

We are proposing that people all over the world consider sharing free meals in celebration our right to food and participate in our campaign for an end to laws restricting acts of compassion. Celebrate our right to feed the hungry with music, theater, and the sharing of food.


It has been distressing to receive so many reports in the past few weeks of people being threatened with arrest or cities adopting new laws limiting people's right to share free food with the public. People in Belarus, England, California, Texas, Pennsylvania, South Carolina, and Florida have been contacting the Food Not Bombs global coordination office about having been threatened with arrest for sharing food. Others report that their local governments are considering laws to limit acts of compassion. Food Not Bombs volunteers in Minsk have been arrested for sharing meals an police raided a benefit concert on March 24, 2012 charging 15 volunteers with sentenced to administrative arrests.

This new wave of threats is happening as half of all Americans are struggling to survive. The Department of Agriculture's February report shows that 46,286,294 people relied on food stamps in November of 2011. People have been arriving at Food Not Bombs meals claiming they had not eaten in four days because other food programs had exhausted their resources. The Food and Agriculture Organization estimates that 1 in 7 people or 925 million people world wide went hungry in 2010. We are announcing a global campaign to recognize that sharing food with the hungry is an unregulated activity of compassion and should not be interfered with by the authorities.

Our movement started when the "Diggers" occupied St George's Hill in Surrey, England on April 1, 1649 in a protest for the right of landless people to feed themselves. We are announcing our global campaign for the right of all people to share food with the hungry without regulation on the anniversary of the first act of the peaceful resistance by the "Diggers" of St George's Hill.

The public is encouraged to share meals with their community on Sunday, April 1, 2012 to celebrate our right to share food and end all efforts to restrict acts of compassion. Please email our office so we can post your event on our website.

FOOD IS A RIGHT NOT A PRIVILEGE – End all efforts to stop people from feeding the hungry
http://www.foodnotbombs.net/food_is_a_right.html

PLEASE ENDORSE THIS CAMPAIGN
Please consider endorsing this nonviolent campaign. Email us you name, position and city or if your group is endorsing the name of your organization and city. Seek to overturn all local laws restricting the sharing of food.
Thanks so much.

Feeding The Homeless BANNED In Major Cities All Over America
http://world.hawaiinewsdaily.com/2012/03/feeding-the-homeless-banned-in-major-cities-all-over-america/

END_OF_DOCUMENT_TOKEN_TO_BE_REPLACED
Added to the calendar on Fri, Mar 30, 2012 1:09PM
§Busy April 1st
by Robert Norse
See also " Upcoming Demos on April 1st & a Brief Update on a Demo Supporting the Falsely Charged 11" at http://www.indybay.org/newsitems/2012/03/30/18710400.php for additional events.
§1:30 at the Clocktower in Santa Cruz
by may all be feb
THIS COMMUNITY SUPPORTS THE RIGHT TO SHARE FOOD WITH THE HUNGRY! JOIN US AT 1:30 PM AT THE SANTA CRUZ CLOCKTOWER TO SUPPORT FOOD JUSTICE IN SANTA CRUZ.

Bring your signs, your songs, your musical instruments and food to share!
Add Your Comments
Latest Comments
Listed below are the latest comments about this post.
These comments are submitted anonymously by website visitors.
TITLE
AUTHOR
DATE
Food not bombs needed in the Joliet Il area!!
biofilopanclasta
Support Independent Media
We are 100% volunteer and depend on your participation to sustain our efforts!