by admin (blackagriculture [at] yahoo.com)
Asaba, Delta State, Nigeria has a Youth Empowerment through Agriculture program that could help Sister City, Stockton, California build a new generation for Black Agriculture. 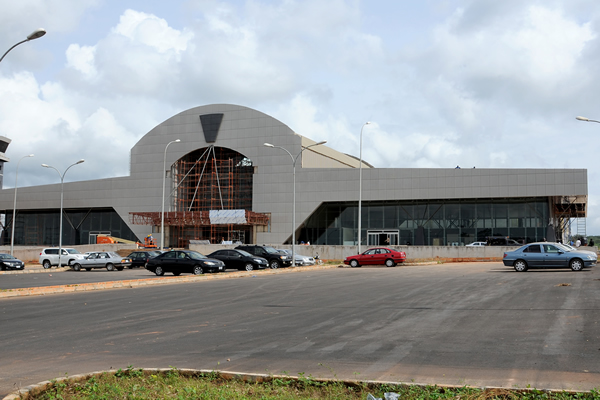 Stockton, California Sister City Asaba, Delta State, Nigeria will expand Youth Empowerment through Agriculture (YETA.) The California Delta, heart of "The Greatest Garden in the World" has a rich history of contributions from people of African ancestry including prior to the California Gold Rush. Today, cultural identification, appropriate technology exchange toward mutually benefical economic development is possible.

Delta State is to pilot the Feed Africa Programme, FAP, as former President Olusegun Obasanjo launches a scheme to battle malnutrition and ensure food security in the African continent.

Asaba, Nigeria is sister city to Stockton, California and agricultural exchange will be a central a major compenent to upcoming formal and informal events.

In a keynote address, the Vice President (Africa) of the World Bank, Dr Oby Ezekwesili, shared that inadequate investment on irrigation was partly affecting food production in sub-Saharan Africa.

Dr. Ezekwesili commended Delta State Governmet for identifying with the Feed Africa Programme and challenged African Union leaders to get their priorities right in striving to ensure food security in the continent.

Governor Uduaghan, in his reaction, expressed delight at the choice of the state for the pilot scheme of the Feed Africa Programme.

Speaking during the launching of the programme which was part of activities marking the 75th birthday of former President Olusegun Obasanjo, the Governor remarked that agriculture remains a challenge to every government.

Giving insight into the agricultural Programme of his administration since 2007, Governor Uduaghan said a new generation of farmers has emerged from the Youth Empowerment through Agriculture (YETA) scheme with the establishment of cluster farms.

The Governor said infrastructure such as the new Asaba International Airport, roads and power were being put in place to encourage investors in the agricultural industry sector.

END_OF_DOCUMENT_TOKEN_TO_BE_REPLACED
Add Your Comments
Support Independent Media
We are 100% volunteer and depend on your participation to sustain our efforts!