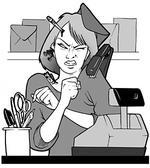 On Thursday, March 8, 2012 International Women’s Day, San Francisco women will be demanding an end to sexual harassment and sex discrimination by the city of San Francisco and corporations in San Francisco. Working women and supporters will be speaking out about the systemic sexual harassment on SF City and County jobs and the cover-up by the Department of Human Resources and the Mayor Ed Lee Administration. Women workers are being retaliated against for filing sex discrimination and sexual harassment complaints and are being labeled complainers to silence them. The rally will be at SF City Hall on Polk and McAlister at 12:00 noon.
Women workers and Patty Bellasalma, California President of National Organization For Women CANOW
Endorsed by United Public Workers For Action UPWA, Transit Operators Rank and File Coalition, San Francisco National Organization For Women, California National Organization For Women CANOW
For further information or to endorse go to
http://www.upwa.info or call (415) 286-2769 or (415)867-0628

One in Four U.S. Women Reports Workplace Harassment
http://abcnews.go.com/blogs/politics/2011/11/one-in-four-u-s-women-reports-workplace-harassment/
By Gary Langer
Nov 16, 2011 12:01am
One in Four U.S. Women Reports Workplace Harassment
More than a political issue, sexual harassment in the workplace is a common experience among women — and source of worry among men — in American society.
One in four women has experienced workplace sexual harassment, this ABC News/Washington Post poll finds. One in 10 men say they’ve experienced it as well — and a quarter of men say they worry about being falsely accused of sexual harassment.
With harassment allegations against Republican presidential candidate Herman Cain dominating the headlines, this survey, produced for ABC by Langer Research Associates, shows the extent to which the subject resonates in the personal experiences and concerns of many Americans.
Overall, 64 percent see sexual harassment as a problem in this country, soaring to 88 percent of women who’ve been harassed. Still, the overall number is far below its peak, 85 percent, in late 1992. That was a year after the confirmation hearings of Supreme Court nominee Clarence Thomas, accused of harassment by former co-worker Anita Hill; and during the sexual misconduct scandal that forced then Sen. Bob Packwood, R-Ore., from office.
PROGRESS and PROBLEMS – Experience of harassment also is down from its peak, from 32 percent of women in surveys in late 1992 and mid-1994 to 24 percent now, perhaps a sign of progress. Additionally, among women who’ve been sexually harassed, somewhat more now say they reported it to their employer – 41 percent, compared with 33 percent in 1994.
Further, the number of men who worry about being falsely accused has eased a bit from 31 percent in 1994 to 25 percent now. And fewer men think they’ve said or done things that might be construed as workplace sexual harassment – 10 percent now, vs. 25 percent in 1994.
Challenges remain. Among those who’ve experienced harassment but did not report it, four in 10 were either concerned about the consequences of making a report, or didn’t think it would do any good. (Fewer, three in 10 didn’t consider it important enough,) And only a modest majority of women, 56 percent, think that if they did report harassment it would be handled fairly.
DIVISIONS – Sixty-nine percent of women call workplace sexual harassment a problem, compared with 59 percent of men; that widens in particular to a gap between Republican women (63 percent call it a problem) vs. Republican men (just 43 percent agree.) There’s no gender difference among Democrats, and a smaller one among independents.
Strictly along political lines, 75 percent of Democrats call the issue a problem, as do seven in 10 liberals and moderates alike; that declines to 53 percent of Republicans (men and women combined) and 55 percent of conservatives.
CAIN – Finally, experience of sexual harassment informs views of the Cain controversy. Among women who’ve experienced harassment, 61 percent are inclined to believe Cain’s accusers rather than his denials; that declines to 47 percent of women, and 37 percent of men, who haven’t been sexually harassed at work. And people who think harassment is a problem likewise are more apt to believe Cain’s accusers and to see the issue as a serious matter.
METHODOLOGY – This ABC News/Washington Post survey was conducted by landline and cell phone among a random national sample of 1,018 adults from Nov. 9-13, 2011. The results have a margin of sampling error of plus or minus 3.5 points. This survey was produced for ABC News by Langer Research Associates of New York, N.Y., with sampling, data collection and tabulation by SSRS/Social Science Research Solutions of Media, Pa.
http://www.upwa.info
END_OF_DOCUMENT_TOKEN_TO_BE_REPLACED
Added to the calendar on Mon, Mar 5, 2012 12:08AM
§TWU 250 A Driver Cynthia Carter Speaks out
by United Public Workers For Action 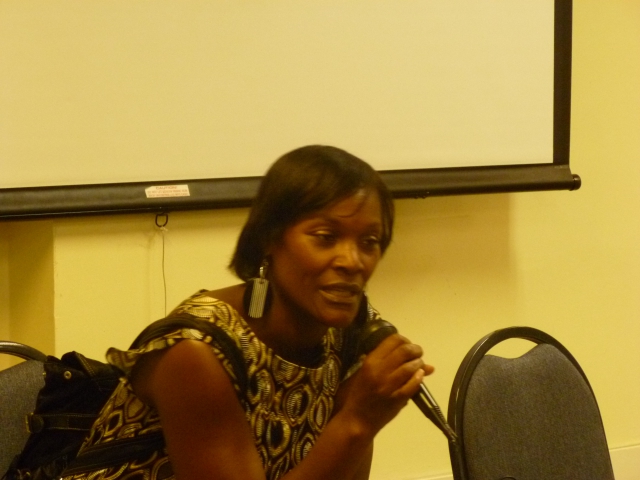 original image (4320x3240)
TWU 250 A driver Cynthia Carter spoke out against sexual harassment was was retaliated against by SF MTA Muni management leading to her illegal discharge
END_OF_DOCUMENT_TOKEN_TO_BE_REPLACED
Add Your Comments
Support Independent Media
We are 100% volunteer and depend on your participation to sustain our efforts!