Add an Event
Newswire
Calendar
Features
Home
Donate
From the Open-Publishing Calendar
From the Open-Publishing Newswire
Indybay Feature
Publish to Newswire
Add an Event
Related Categories: Santa Cruz Indymedia | Global Justice & Anti-Capitalism | Police State & Prisons
Occupy Santa Cruz Marches to Protest Repression of the Occupy Movement
by Alex Darocy (alex [at] alexdarocy.com)
Wednesday Feb 29th, 2012 10:41 PM
On February 27, several dozen community members involved with Occupy Santa Cruz joined in a solidarity march with occupies across the country protesting repression of the occupy movement and the associated police violence. The march started from the Santa Cruz County court house occupation location of Occupy Santa Cruz, and it made its way through the downtown to City Hall where a candlelight vigil was held. 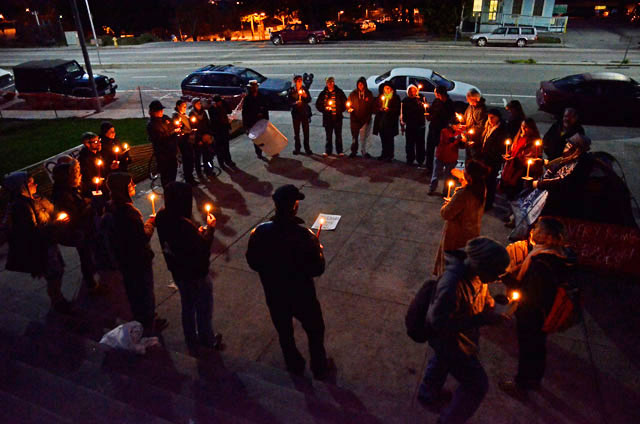 Marchers lit their candles at the court house and then marched with them lit all the way to City Hall, which made for interesting moments. The Tent Monster made an appearance, and at times acted in a manner as to slow down the police vehicles following the march.

At City Hall, a wide variety of community members spoke about why, "they were there." The types of answers to that question varied widely, and some included details of political beliefs, diet choices, personal inspirations. Many people spoke specifically about the resistance they encountered while expressing their beliefs during their participation in the occupy movement. Two of the so called 'Santa Cruz Eleven' spoke about how they were holding up in light of the recent criminal charges applied to them in association with the 75 River bank occupation that occurred last November.

The candlelight vigil was held with, "the intention of shining light on the dark actions of repression forces the world over are using against the Occupy Movement," amid the action was originally called for by Anonymous, though the event announcement for the march made clear that not all of those participating were themselves 'anonymous.' 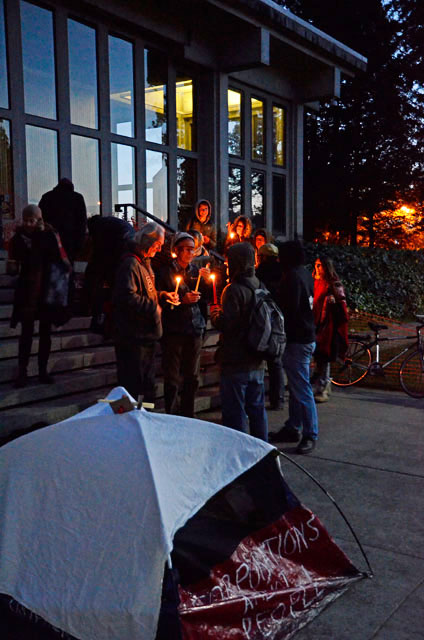 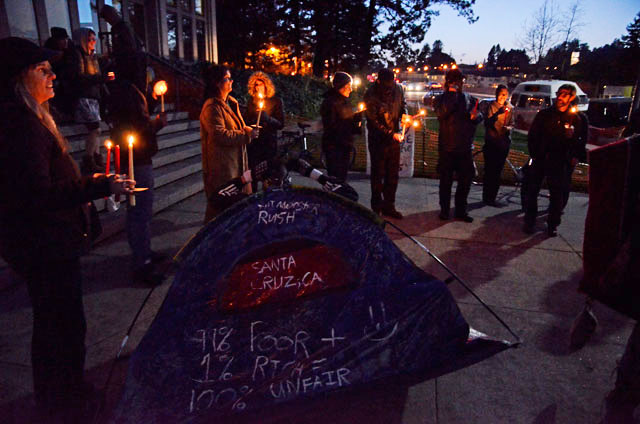 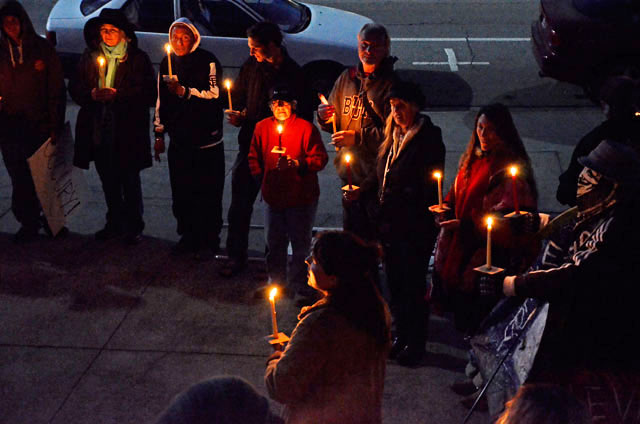 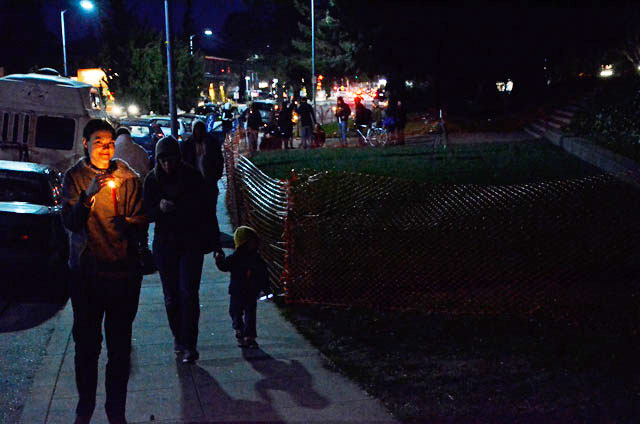 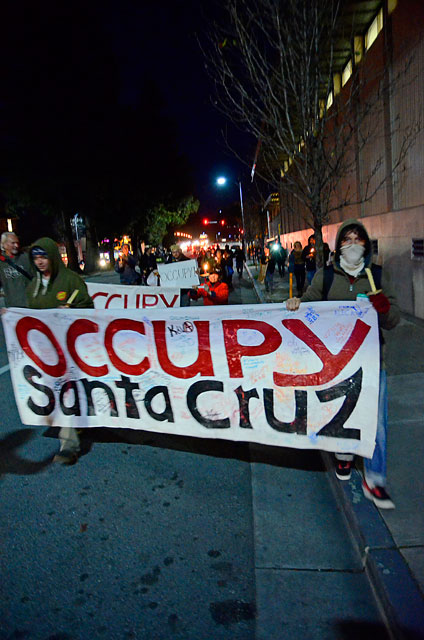 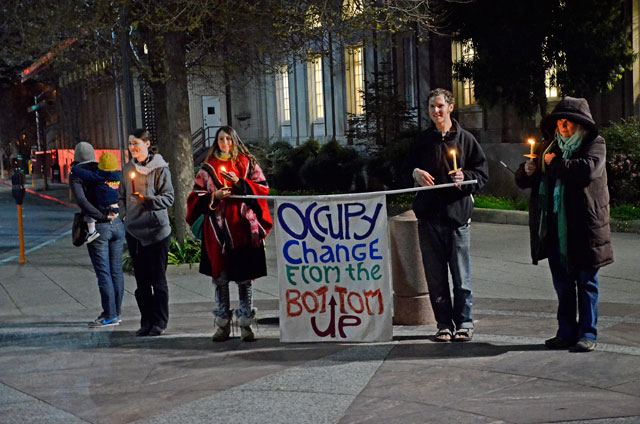 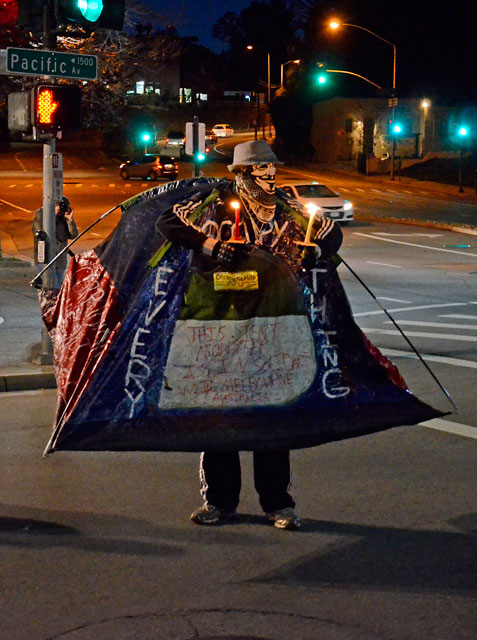 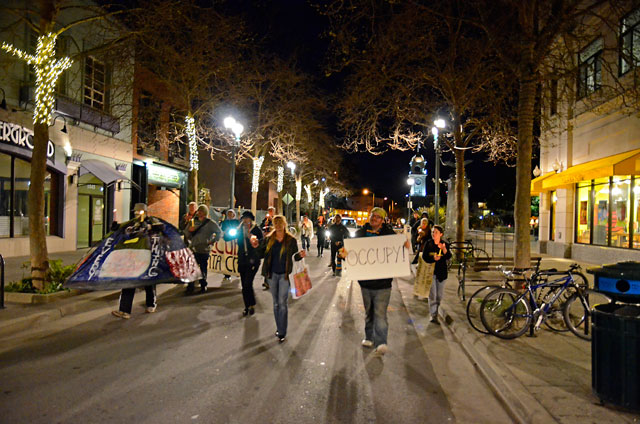 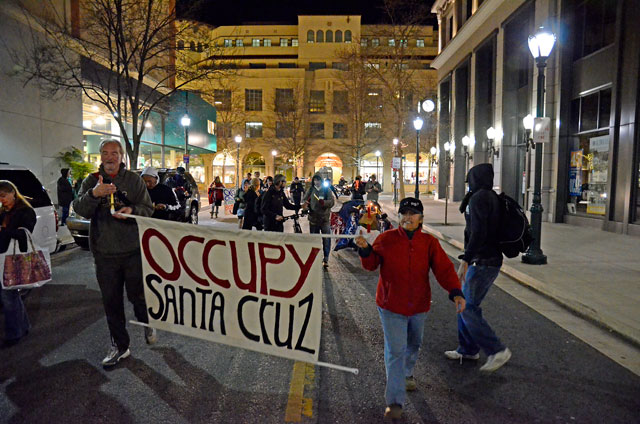 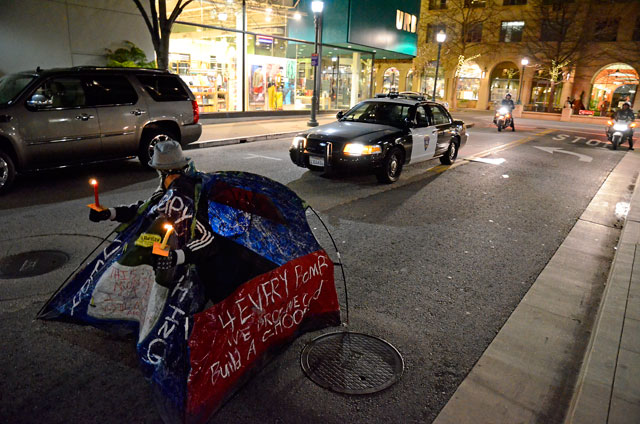 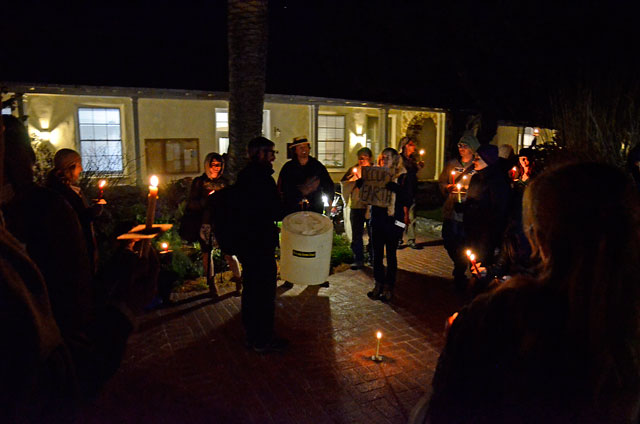 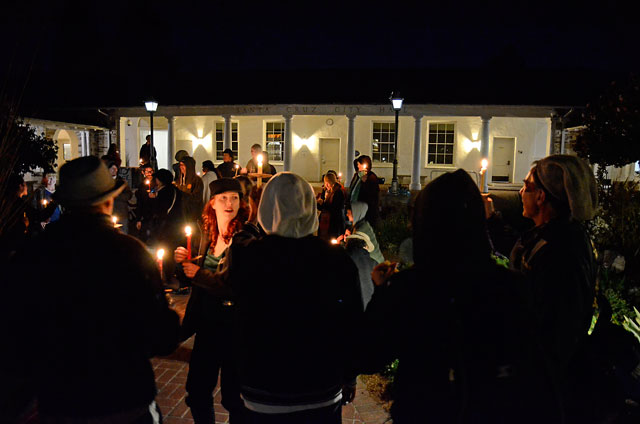 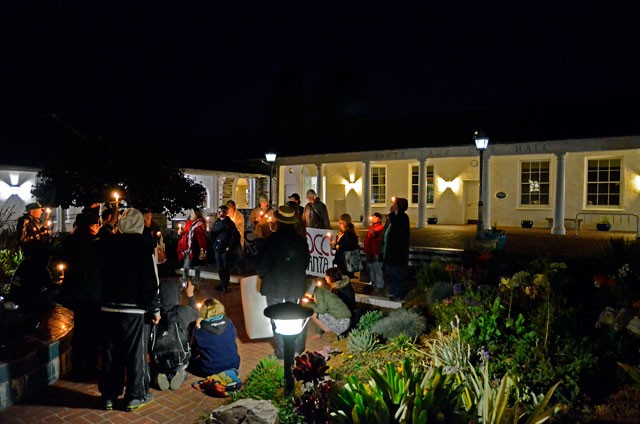 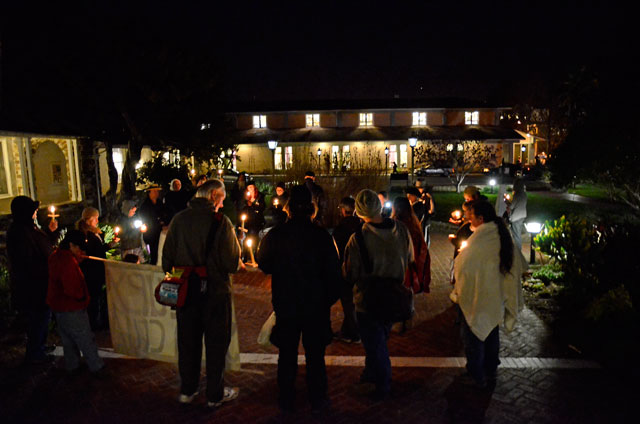 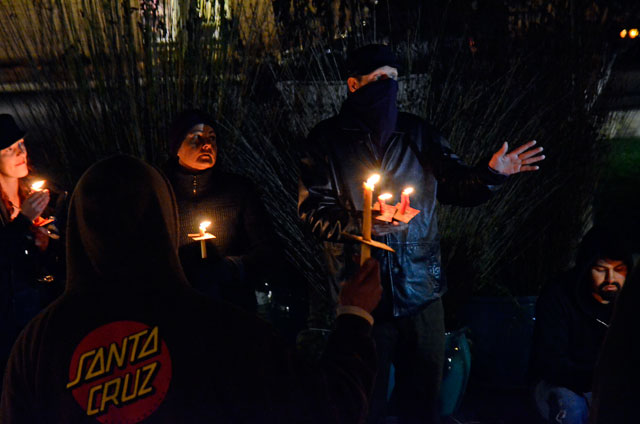 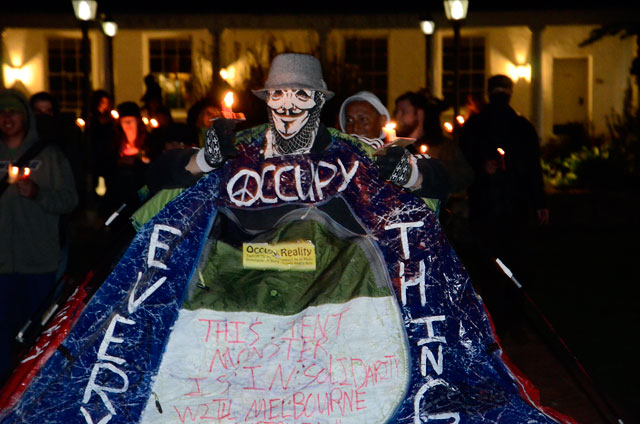 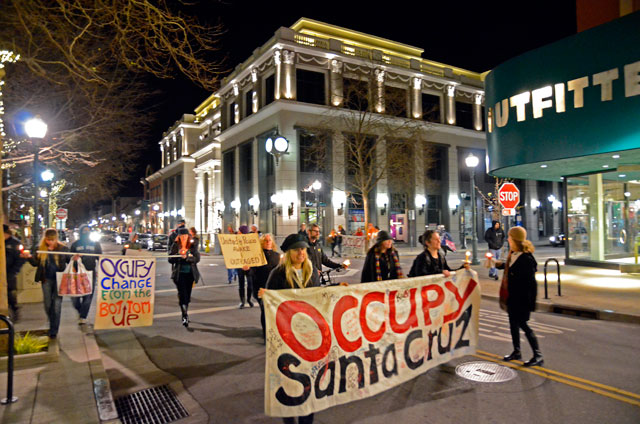 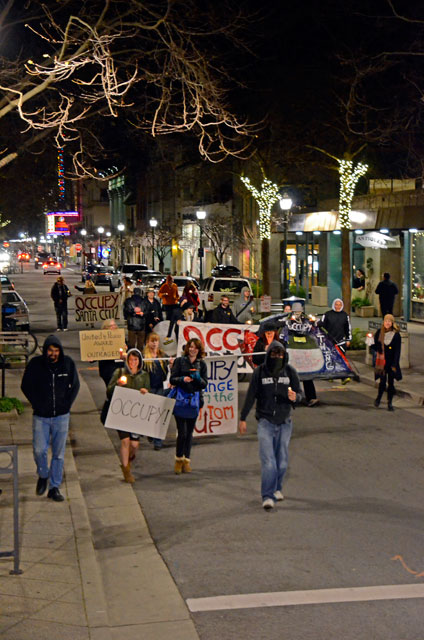 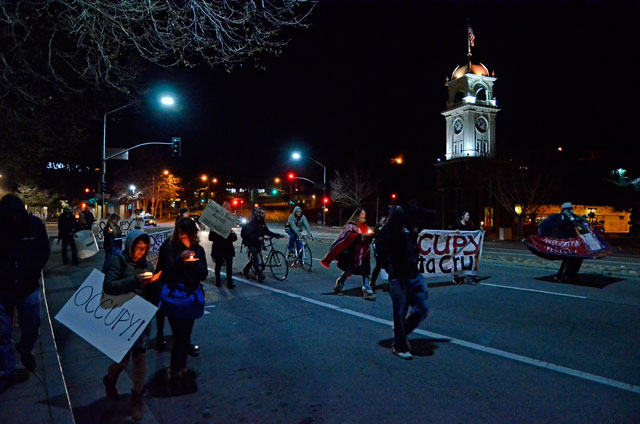