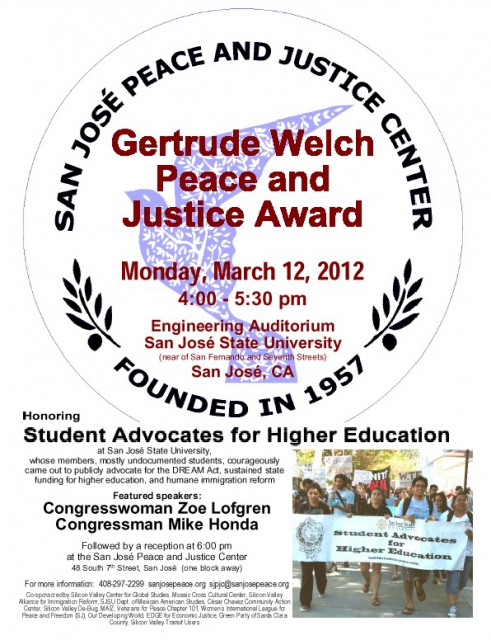 Congresswoman Zoe Lofgren and Congressman Mike Honda, both of whom have championed comprehensive and humane immigration reform, will be the featured speakers.

Members of the Santa Clara County Board of Supervisors and San Jose City Council will also present commendations to SAHE.

The Gertrude Welch Peace and Justice Award was established by the San Jose Peace and Justice Center in 2010 to recognize individuals and organizations who have made extraordinary contributions to social justice and peace.

Free and open to the public
Wheelchair accesible

Followed by a reception at 6:00 pm
at the San José Peace and Justice Center
48 South 7th Street, San José (one block away)