Add an Event
Newswire
Calendar
Features
Home
Donate
From the Open-Publishing Calendar
From the Open-Publishing Newswire
Indybay Feature
Publish to Newswire
Add an Event
Related Categories: Santa Cruz Indymedia | Anti-War | Police State & Prisons
Demonstrators ask, "What about the War Crimes?" at Free Bradley Manning Protest
by Alex Darocy (alex [at] alexdarocy.com)
Friday Feb 24th, 2012 11:31 AM
A "Free Bradley Manning" protest was held in front of the county court house in Santa Cruz on February 23 to coincide with Manning's arraignment in military court in Maryland on charges stemming from the accusation that he provided thousands of classified defense department documents to Wikileaks. 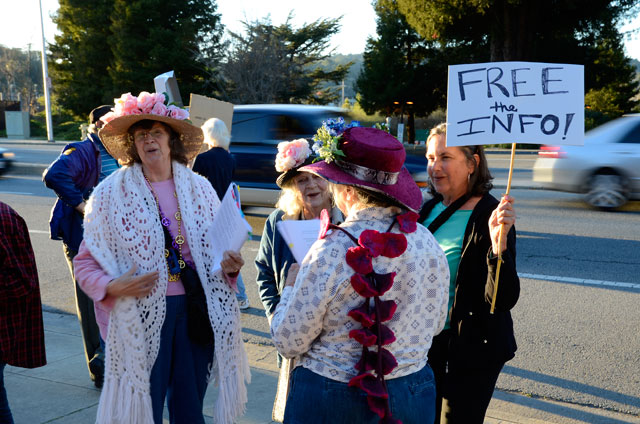 Approximately two dozen community members participated in the demonstration, which was located at the court house general assembly location of Occupy Santa Cruz on Water Street, and some people watched the demonstrators from the steps of the building as they waited for that evening's GA.

In a statement released before the demonstration, community members stated, "Bradley Manning's case should serve as a wake up call for everyone in the USA and, indeed, the world. As a Whistle blower/ Conscientious Objector - Manning allegedly gave information to Wikileaks about War Crimes committed by the USA in the names of the 99%. We must stand up for what is right! Manning has been tortured, denied due process, persecuted, and even deemed "guilty" before a trial by President Obama." 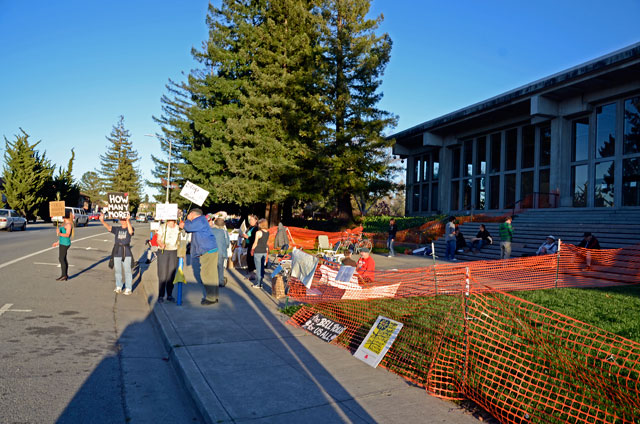 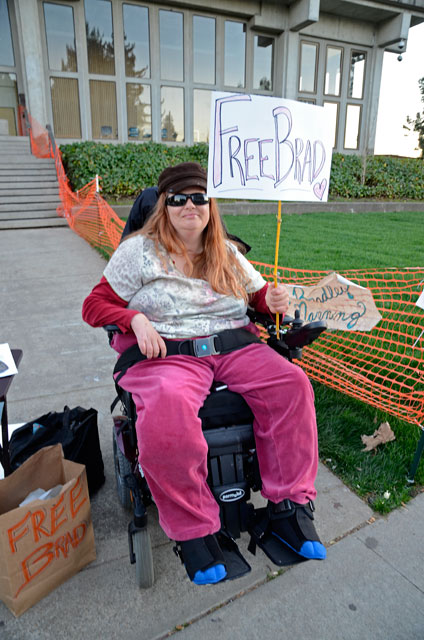 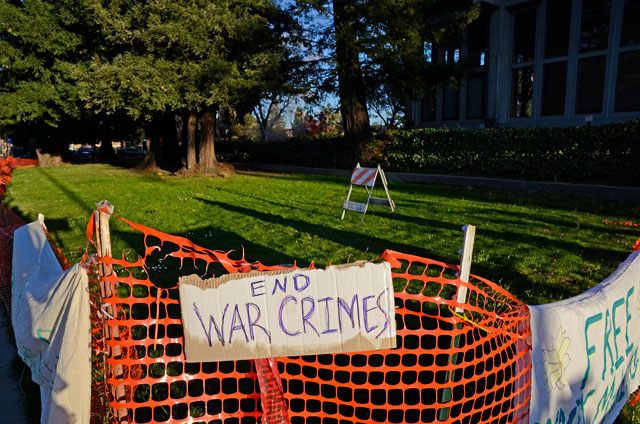 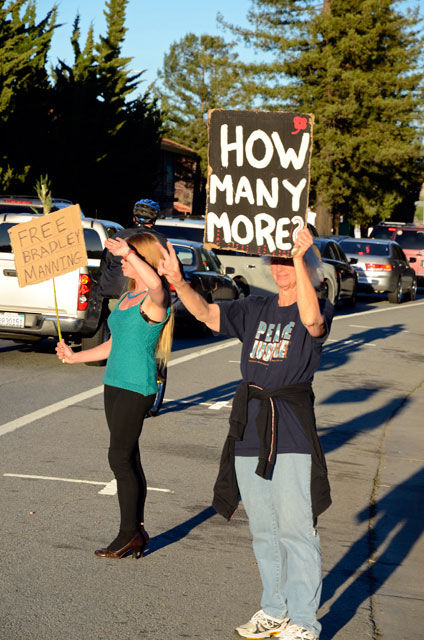 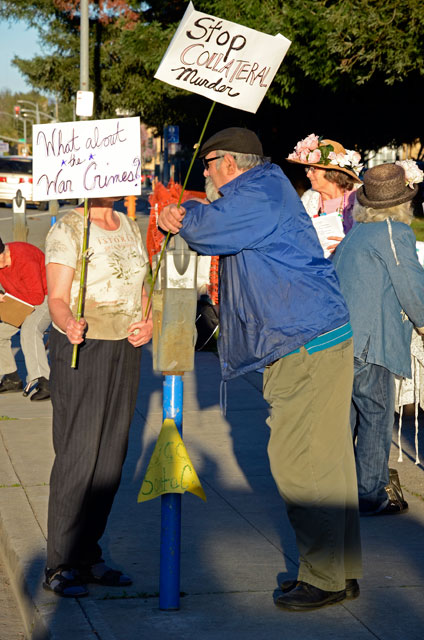 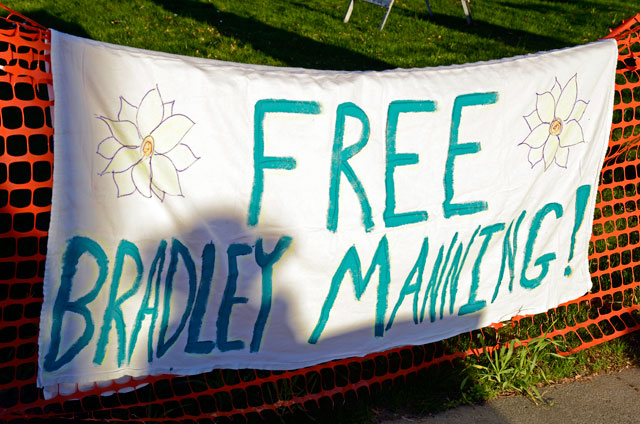 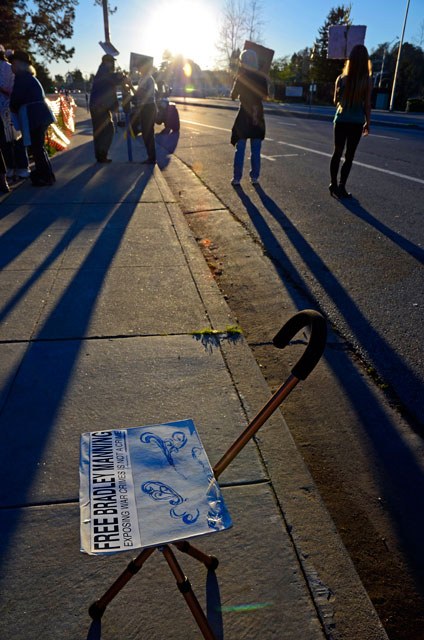 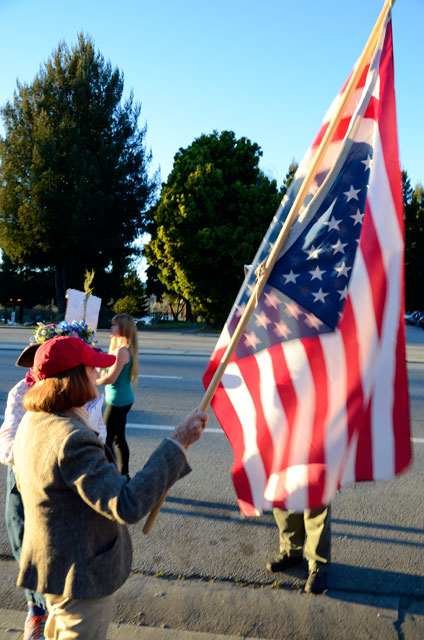 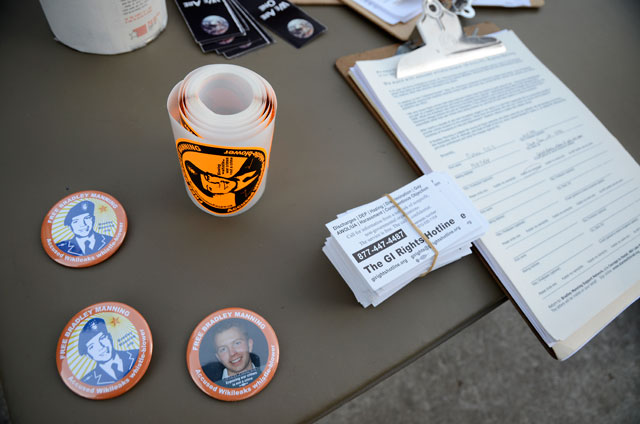 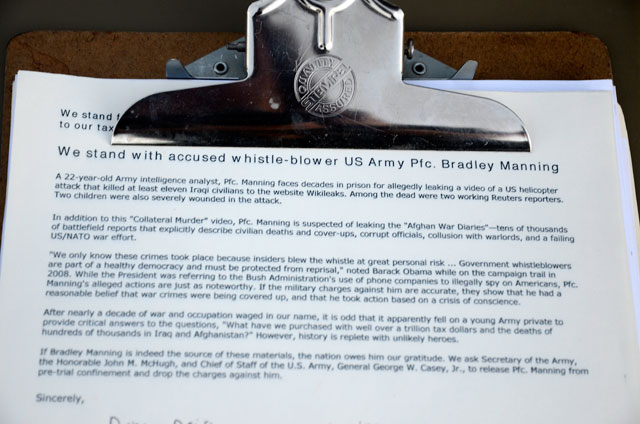 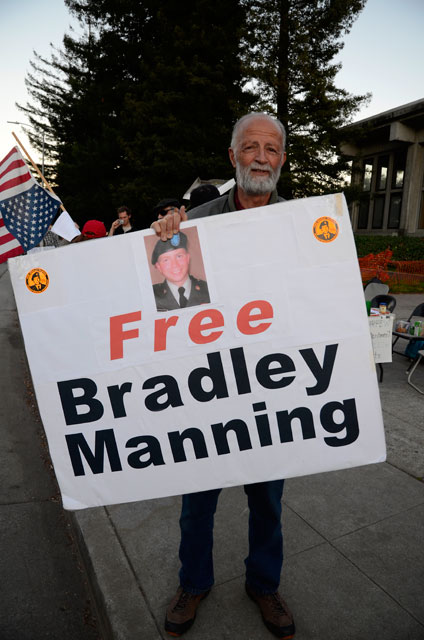 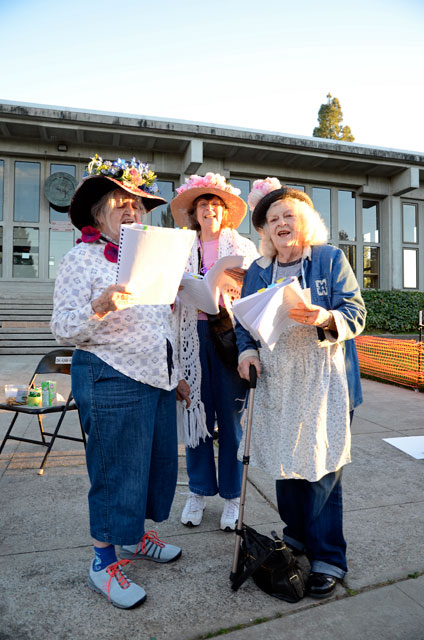 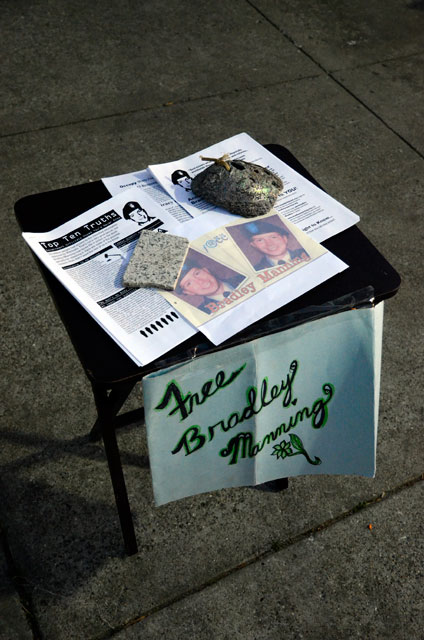