Mayor of the City of Santa Cruz, Don Lane, kicked things off by stressing the importance of the ballot initiative and knowing which of the foods we eat are made with genetically modified ingredients. Lane said he was taking time away from being with his grandchildren who were visiting from out of the area, but felt they would understand because their health would benefit by the labeling of genetically modified foods. 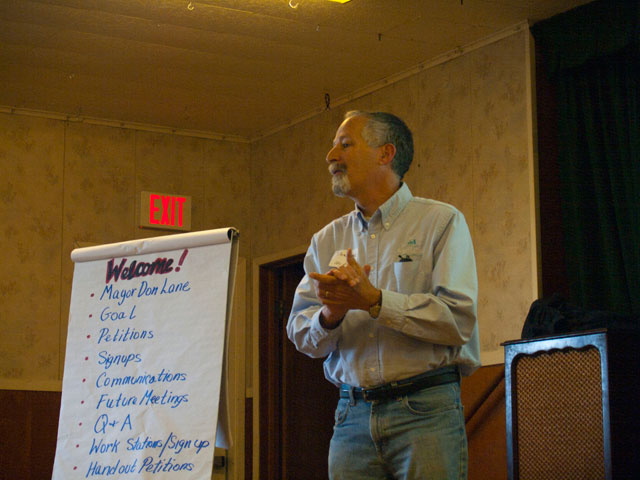 Local campaign organizers, including Tarah, Mary, Patti, and Kyle, provided updates from a very successful first morning of collecting signatures, and also reviewed various legal rules, as well as agreements specific to the campaign. After that, a modest raffle was held, then volunteers signed up for locations to gather signatures, and received materials such as petitions, table signs, volunteer badges and sandwich board signs.

GMO-Free Right to Know! Santa Cruz has set a goal of collecting 10,000 signatures, but expects to reach that goal easily, and keep on gathering. Statewide, the effort is being led by The Committee for the Right to Know, a grassroots coalition of consumer, public health, environmental organizations, and food companies in California seeking the labeling of genetically engineered foods (GMOs).

The initiative needs 504,760 valid signatures to make it on the November 2012 ballot. Signatures can get thrown out (invalidated) for a number of reasons: being illegible, spelling mistakes, wrong county, etc. Therefore, the campaign aims to collect more than 800,000 signatures to make sure they have enough that qualify.

The Committee for the Right to Know
http://www.labelgmos.org/ 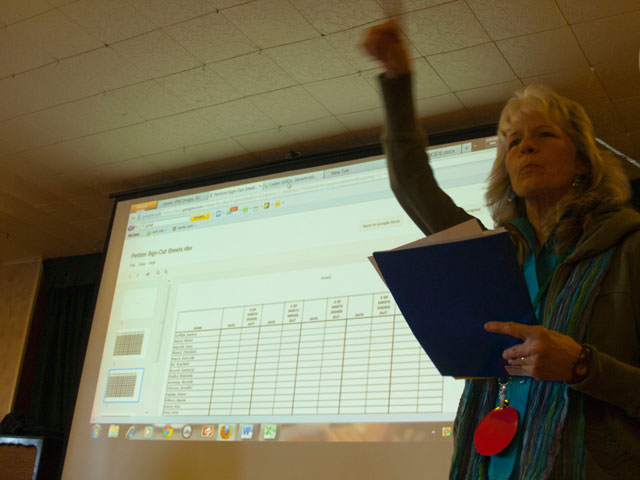 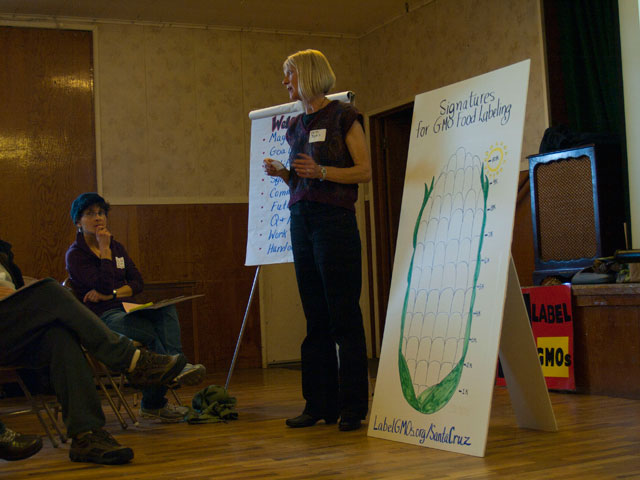 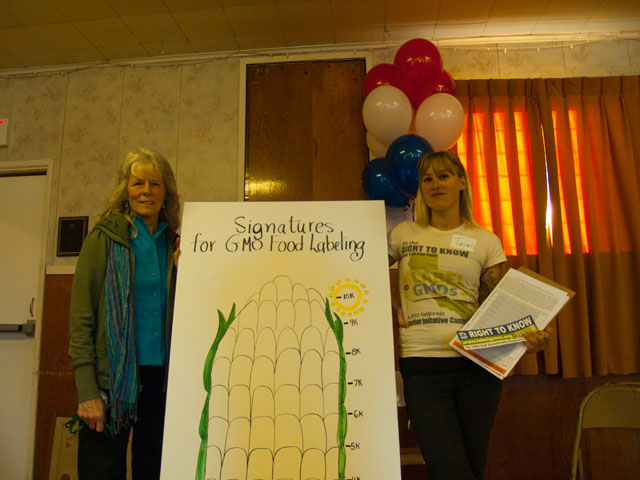 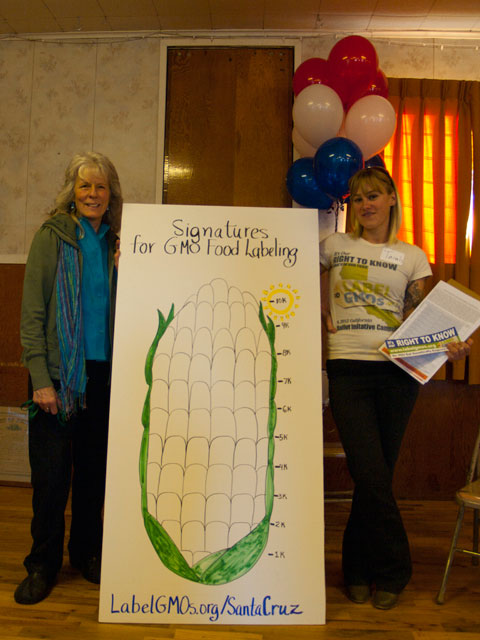 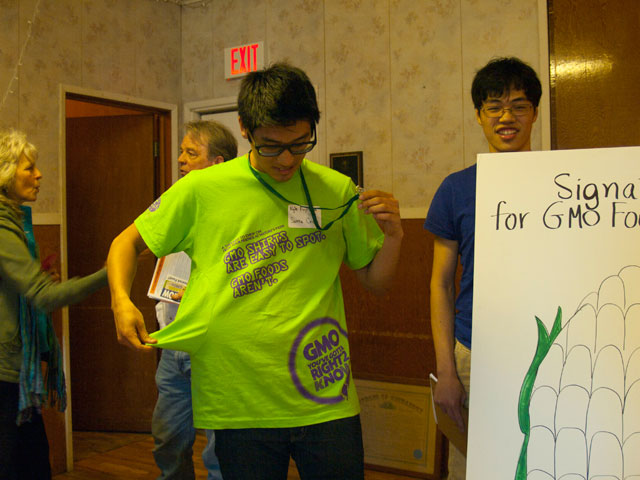 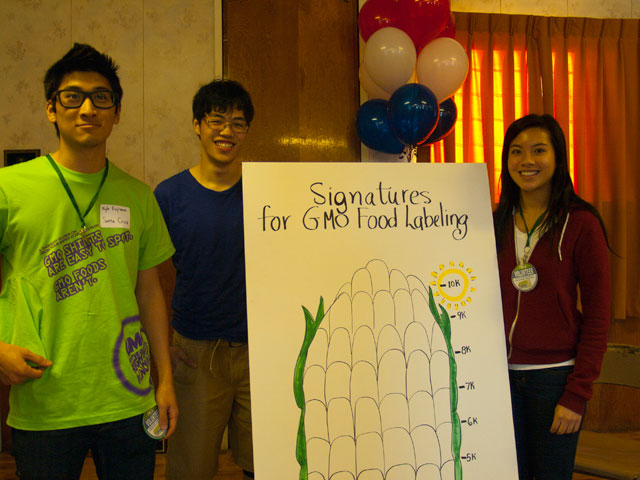 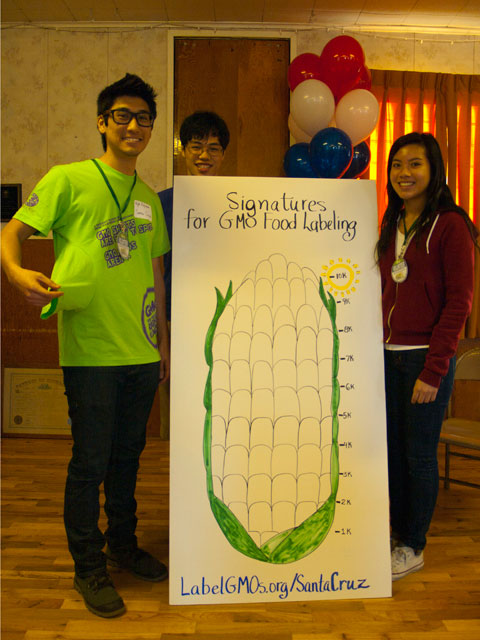 §Colorado supports California Right to Know Genetically Engineered Food Act
by Heather Sickels
(heather.sickels [at] gmail.com) Monday Feb 20th, 2012 10:06 AM
Go California, get this on the November 2012 ballot. I support labeling of GMOs and California is the state to make this a reality for the entire country. I would like to post about your initiate on my blog and specific details that you would like out of state watchers to know, especially concerned citizens in Colorado. I would like to somehow contribute to California's efforts.
http://www.politicalFruit.com
Add a Comment
Support Independent Media
We are 100% volunteer and depend on your participation to sustain our efforts!