Add an Event
Newswire
Calendar
Features
Home
Donate
From the Open-Publishing Calendar
From the Open-Publishing Newswire
Indybay Feature
Publish to Newswire
Add an Event
Related Categories: California | Police State & Prisons
Support Occupy Action At San Quentin!
by Labor Action Committee To Free Mumia Abu-Jama
Thursday Feb 16th, 2012 11:19 AM
We call on the Occupy movement, Mumia supporters and all working class militants throughout the US and the world to solidarize with the call for national and international action in defense of prisoners, as we are doing. 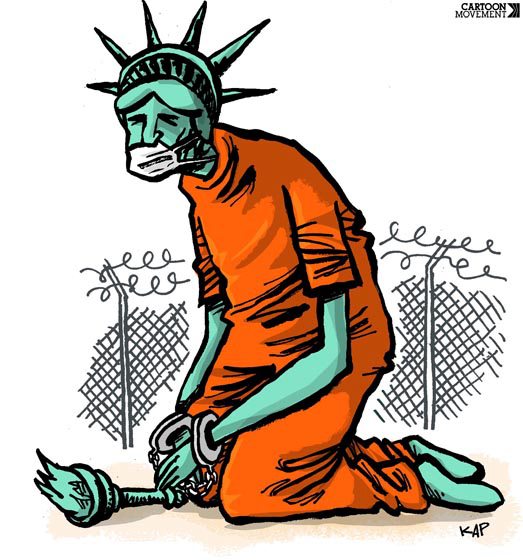 All Out For Prisoners Day of Action!

Occupy Oakland has called unanimously for a national day of action in defense of prisoners. Locally, on February 20th, there will be an action San Quentin, home of California's death row. The Labor Action Committee To Free Mumia Abu-Jamal had a hand in initiating the idea of a prisoners' day of action. Despite some differences we have with the call for this action as it was finally formulated, we encourage a large turnout for this event.

San Quentin Is the Target…

California has over 700 on death row, and San Quentin, the "home" of male death row inmates, is a good target for an action such as this. Among many others, San Quentin is where Kevin Cooper is now incarcerated. Cooper, an innocent black man, framed for a murder he did not commit, is still alive because of a dispute over exactly what chemicals to use in a state murder. This could change soon.

…But the Reasons for Action Are Legion

The reasons for a call for action around prisoners are widespread: with over one-and-a-half million incarcerated, including over 3,300 on the death row, the US criminal justice system is indeed criminal. Based on the lies of cops and snitches, blatant frame-ups, open racism and political targeting, the innocent as well as the guilty are forced to waste their lives when they could be productive members of society.

Troy Davis showed that the innocent are routinely executed despite evidence that should exonerate them; and Mumia Abu-Jamal and Leonard Peltier show also that the innocent can be put away for life without the possibility of parole for crimes they did not commit. The right to prove innocence after false conviction, and the ancient right of habeas corpus, are virtually eliminated in today's capitalist justice system.

Victims of impoverished conditions, and of police brutality, as well as masses of non-violent offenders are also unjustly incarcerated. "Reasonable" sentencing, and the right to rehabilitation, have been thrown out the window in the fraudulent "war on drugs" and "war on terror." Inhuman treatments such as "the hole" have now been institutionalized as "Security Housing Units." Prisoners are routinely denied adequate health care, and visitation rights.

And, in the "Guantanamo Forever" NDAA defense bill, indefinite detention on mere suspicion of "terrorism," without charge or trial, has been factored in by the two capitalist parties of war, racism and imperialism, under Obama. The case of the Cuban Five, framed for "espionage," but innocent of any crime, as well as the case of Bradley Manning, accused of treason for exposing US war crimes and lies, show that the real terrorist is US imperialism.

The Labor Action Committee To Free Mumia Abu-Jamal, as a united-front defense organization, is organized to defend Mumia's innocence with class-struggle defense. We have no confidence in the capitalist courts to free Mumia, and we advocate labor action to free Mumia. While we are not directly involved in most of the other cases mentioned here, we, like Mumia, see the connections between his case and that of so many others, and of the criminal justice system generally.

We should not have lent our name, however, to the official statement for the Occupy4Prisoners event, which has no class-struggle content; and because it contains statements with which we do not agree. The "Call," as passed by the Oakland GA, attempts to reform the notorious Security Housing Units (SHU's), which proliferate in modern high security penitentiaries, by "5. Demanding an end to the brutality of the current system…" The statement demands an end to torture, but fails to call for the abolition of SHUs or other solitary confinements, which are some of the most inhuman aspects of the criminal INjustice system.

We note that Mumia Abu-Jamal said, in his commentary on the Occupy4Prisoners, "Souls On Ice," that the call "was not an especially radical call." He then went on to say, "but it was right on time;" and he enthusiastically endorsed the action with his own statement (see below).

That is exactly what we want to do with this statement. We call on the Occupy movement, Mumia supporters and all working class militants throughout the US and the world to solidarize with the call for national and international action in defense of prisoners, as we are doing.

Be there at San Quentin - East Gate, on Monday February 20th (President's Day) at 12 Noon!

Conduct actions of protest and resistance against the criminal INjustice system, in all its national, local and international manifestations, and in defense of prisoners' rights!

When I heard of the call, just raised in Oakland, California, to “Occupy the Prisons”, I gasped.

It was not an especially radical call, but it was right on time.

For prisons have become a metaphor; the shadow-side, if you will, of America, With oceans of words about freedom, and the reality that the U.S. is the world’s leader of the incarceration industry, its more than time for the focused attention of the Occupy Movement.

For the U.S. is the world’s largest imprisoner for decades, much wrought by the insidious effects of the so-called ‘drug war’—what I call, “the War on the Poor”.

And, Occupy, now an international movement, certainly has no shortage of prisons to choose from. Every state, every rural district, every hamlet in America has a prison; a place where the Constitution doesn’t exist, and where slavery is all but legalized.

When law professor, Michelle Alexander, took on the topic, her book, the New Jim Crow, took off like hotcakes – selling over 100,000 in just a few months.

And where there are prisons, there is torture; brutal beatings, grave humiliations, perverse censorship--and even murders—all under a legal system that is as blind as that statue which holds aloft a scale, her eyes covered by a frigid fold of cloth.

So, what is Occupy to do?

Initially, it must support movements such as those calling for the freedom of Lakota brother Leonard Peltier, the MOVE veterans of August 8th, 1978, the remaining two members of the Angola 3: Herman Wallace and Albert Woodfox, Sundiata Acoli, Russell “Maroon” Shoatz, and many other brothers and sisters who’ve spent lifetimes in steel and brick hellholes.

But, the Occupy Movement must do more.

As it shifted the discussion and paradigm on economic issues, it must turn the wheel of the so-called ‘Criminal Justice System’ in America, that is in fact, a destructive, counter-productive, annual $69 billion boondoogle of repression, better-known by activists as the Prison-Industrial-Complex.

That means more than a one-day event, no matter how massive or impressive. It means building a mass movement that demands and fights for real change, and eventually abolition of structures that do far more social damage than good.

It means the abolition of solitary confinement, for it is no more than modern-day torture chambers for the poor.

It means the repeal of repressive laws that support such structures.

It means social change—or it means nothing.

So let us begin—Down With the Prison Industrial Complex!

Distributed by Liberation News (not associated with the Stalinist PSL who stole our name), Subscribe Free:
https://lists.riseup.net/www/info/liberation_news

This action is in agreement with the statement of purpose of the Revolutionary Tendency of the Socialist Party (RT-SP), endorsement of this specific action and statement of the Labor Action Committee to Free Mumia Abu-Jamal is pending approval of the membership of the RT-SP. Here is more on the RT-SP:
http://la.indymedia.org/news/2012/02/251336.php