Add an Event
Newswire
Calendar
Features
Home
Donate
From the Open-Publishing Calendar
From the Open-Publishing Newswire
Indybay Feature
Publish to Newswire
Add an Event
Related Categories: San Francisco | Womyn
West Coast Rally for Reproductive Justice: 2012
by Bill Carpenter (wcarpent [at] ccsf.edu)
Monday Jan 30th, 2012 10:46 AM
Five-minute QT movie. 41MB.
Copy the code below to embed this movie into a web page:
Download Video (39.0MB) | Embed Video
A rally in San Francisco on January 21, 2012, marked the 39th anniversary of the U.S. Supreme Court Roe v. Wade decision that legalized abortion -- and called for defiant resistance against all attempts to reverse it. It was organized by BACORR (Bay Area Coalition for Our Reproductive Rights) to counter the day's annual invasion of SF by "Walk for Life" that busses in thousands of participants (including many young children and teens) from around California for an anti-abortion media event.

Patricia Maginnis was introduced by Elizabeth Creely of BACORR. 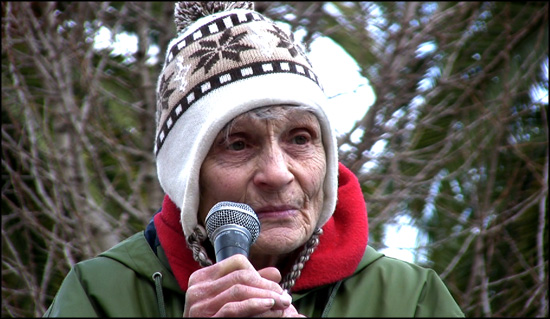 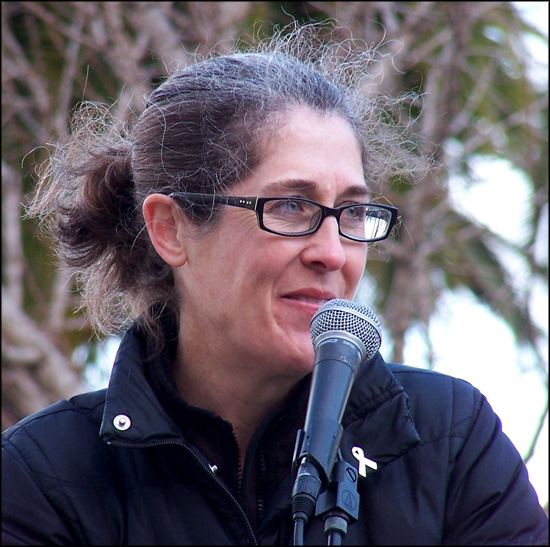 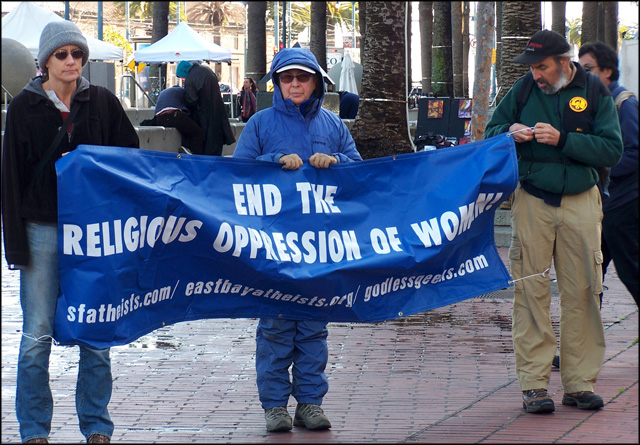 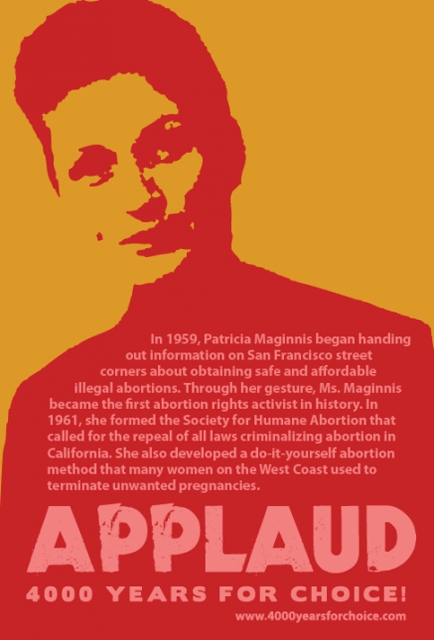 original image (483x712)
In 1959, Patricia Maginnis began handing out information on San Francisco street corners about obtaining safe and affordable illegal abortions. Through her gesture, Ms. Maginnis became the first abortion rights activist in history. In 1961, she formed the Society for Humane Abortion that called for the repeal of all laws criminalizing abortion in California. She also developed a do-it-yourself abortion method that many women on the West Coast used to terminate unwanted pregnancies. 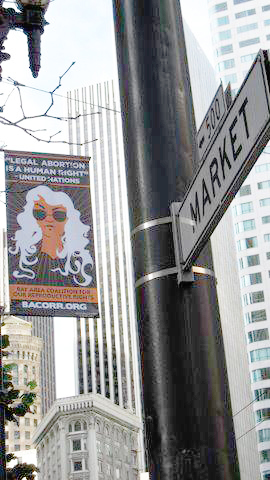