Add an Event
Newswire
Calendar
Features
Home
Donate
From the Open-Publishing Calendar
From the Open-Publishing Newswire
Indybay Feature
Publish to Newswire
Add an Event
Related Categories: East Bay | Global Justice & Anti-Capitalism
Occupy Oakland Move-In Day and Rise Up Festival Press Conference, 1/25/12: video & photos
by Dave Id
Wednesday Jan 25th, 2012 5:39 PM
Occupy Oakland's Move-In Day Assembly held a press conference on January 25th to announce plans for this coming weekend. Occupiers intends to reclaim a large vacant building in the city and establish a new home on January 28th. The new social center will once again allow Occupy Oakland to consistently offer a free kitchen and housing. The location of the building remains secret until the day of the action. Speakers at the press conference enumerated the needs Occupy Oakland has met by offering free meals, medical care, and shelter -- all the while organizing large scale actions such as the November 2nd General Strike and the December 12th West Coast Port Shutdown. Noting that the city of Oakland failed to publicly acknowledge the 19% drop in crime of which they were aware during the month of the encampment at Oscar Grant Plaza, choosing instead to use violence and repressive legal tactics against occupiers, the Move-In Day Assembly warned police and city leaders that they should they evict Occupy Oakland from the building by force, occupiers will "make your lives more miserable than you make ours" by blockading the airport indefinitely, occupying City Hall indefinitely, shutting down the Oakland ports, and/or calling on Anonymous for solidarity. [Full video below] 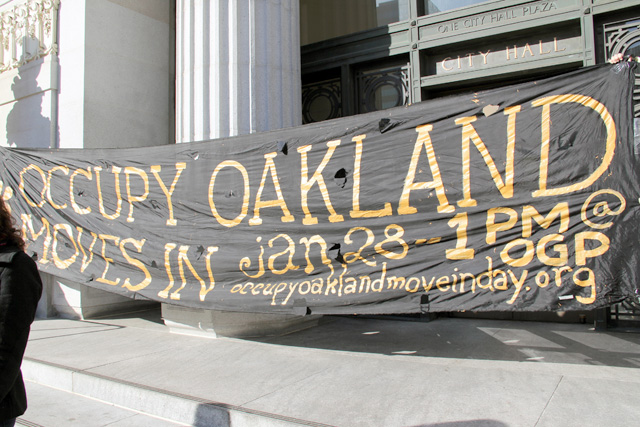 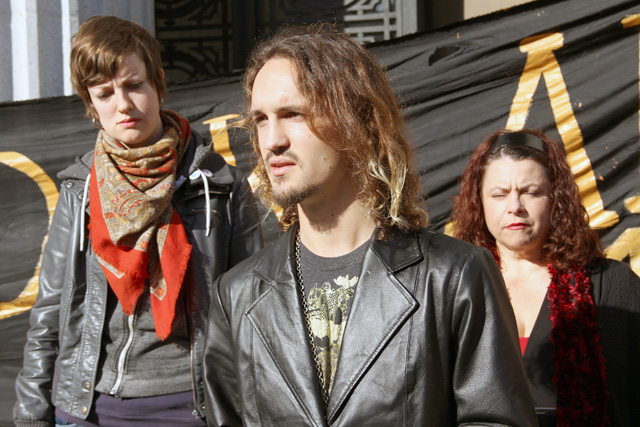 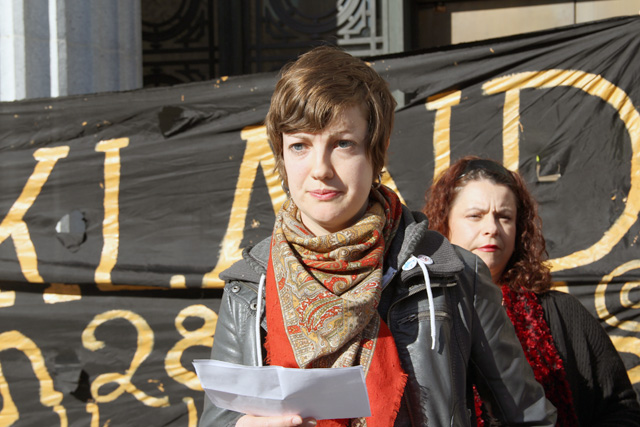 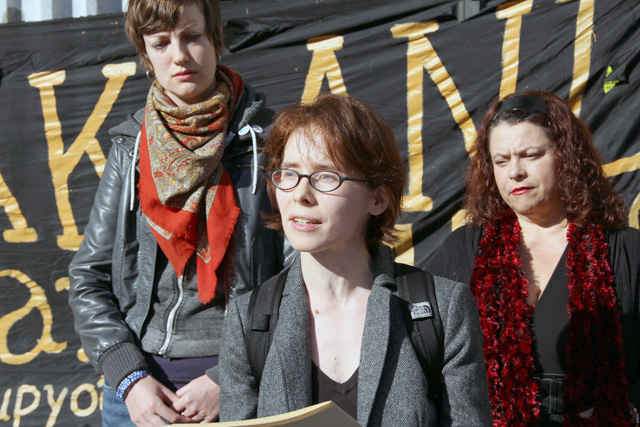 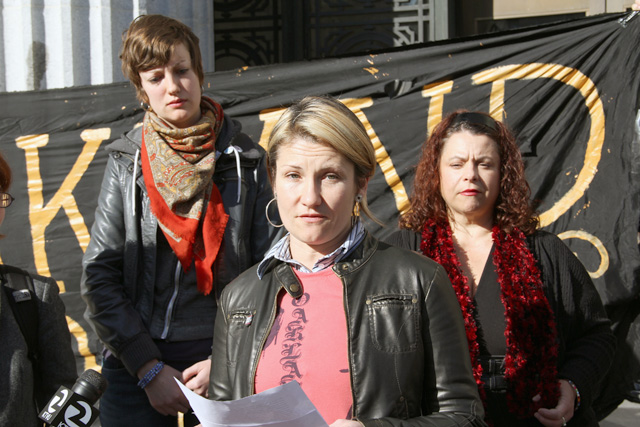 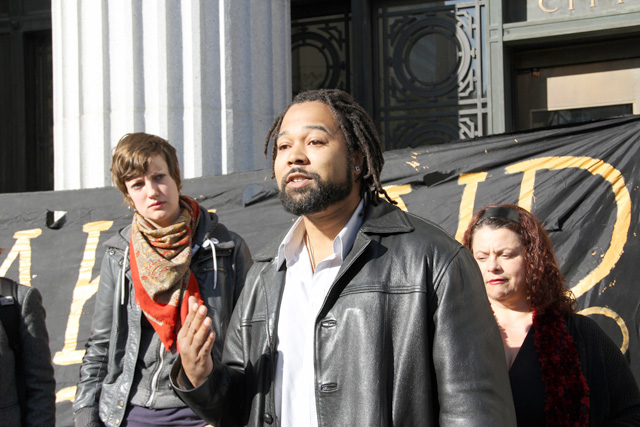 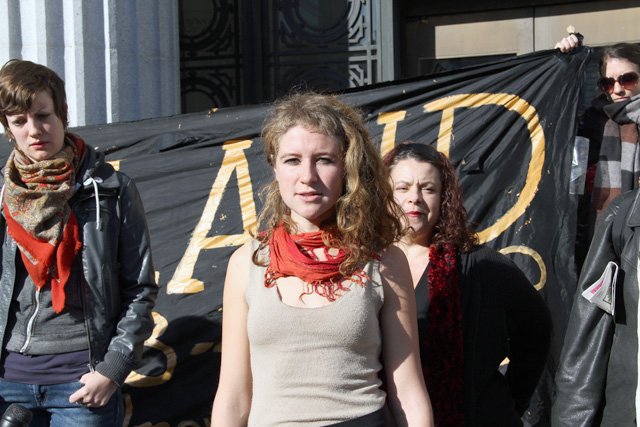 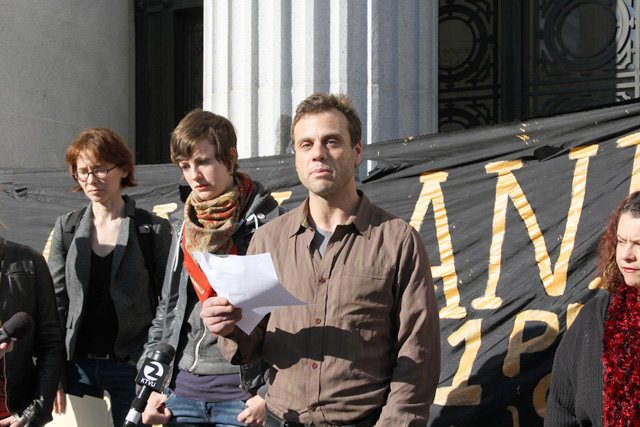 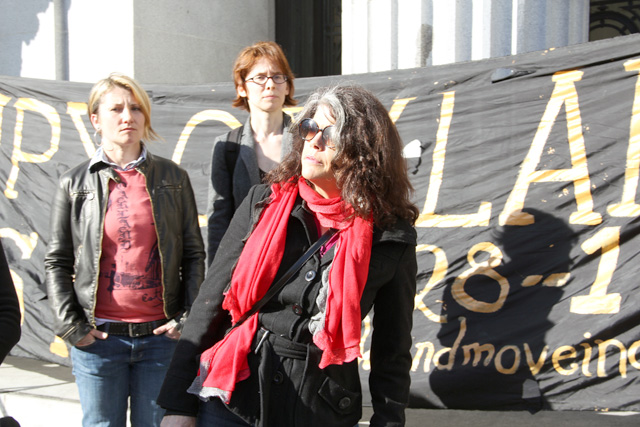 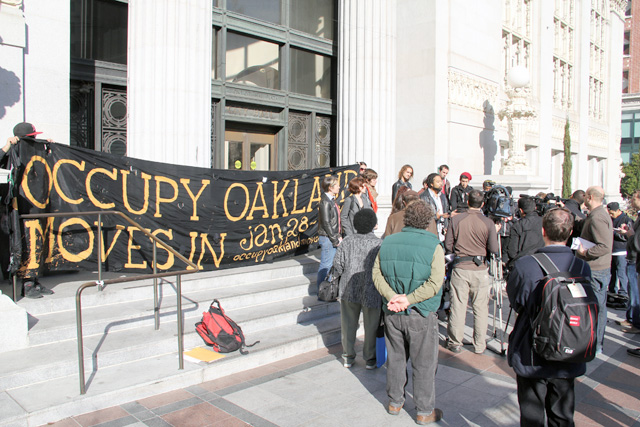 http://www.indybay.org/occupyoakland
Add Your Comments
Support Independent Media
We are 100% volunteer and depend on your participation to sustain our efforts!