Add an Event
Newswire
Calendar
Features
Home
Donate
From the Open-Publishing Calendar
From the Open-Publishing Newswire
Indybay Feature
Publish to Newswire
Add an Event
Related Categories: Peninsula | Womyn
Pro-Choicers of All Ages March through Downtown Los Altos
by Allie Mosca
Wednesday Jan 25th, 2012 2:05 PM
200 marched through downtown Los Altos in the annual Step Out for Choice event sponsored by AAUW of Mountain View-Los Altos. They rallied the day after the 39th anniversary of Roe v. Wade to celebrate the passage of that historical ruling. 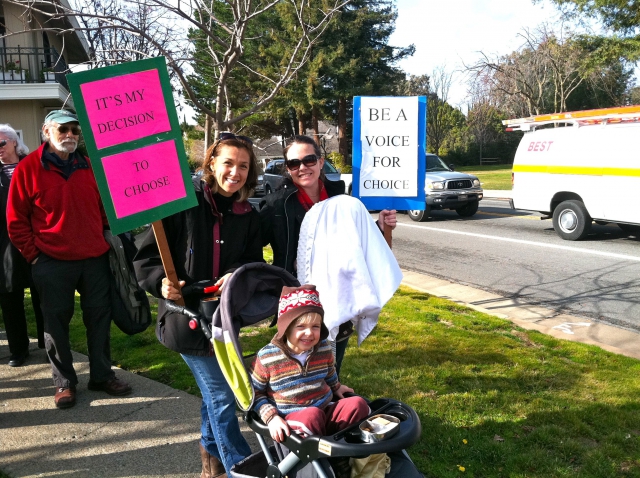 original image (2592x1936)
Every year a rally and march for Choice is held as a counter measure to the Catholic church's anti-choice march through downtown Los Altos. Liz Figueroa, representing the largest Planned Parenthood affiliate in the U.S., is VP of Public Affairs, California with Planned Parenthood Mar Monte. She spoke at the rally preceding the march, and then walked with about 200 other pro-choice women through the city.

"The majority of Americans believe that women should have access to basic health care services and that decisions about reproductive health care including family planning and abortion should be left to each person. But in 2011, extremist politicians elected with a mandate to fix the current economic crisis instead chose to divert the public's attention with policy battles about these private decisions. They have declared a 'War on Women'. The U.S. House of Representatives and state legislatures have particularly focused on eliminating access to basic health care services and contraception as well as abortion, with severe consequences for the most vulnerable."

The Raging Grannies sang to start off the rally and led the marchers through the city's downtown area. Many small store employees came out of their shops to cheer on the marchers. The pro-choice group was also greeted with supportive honks and waves from passersby.
http://oursilverribbon.org/
§Audience listens to Dr. Sophia Yen Speak at Rally Preceding March
by A. Mosca Wednesday Jan 25th, 2012 2:05 PM 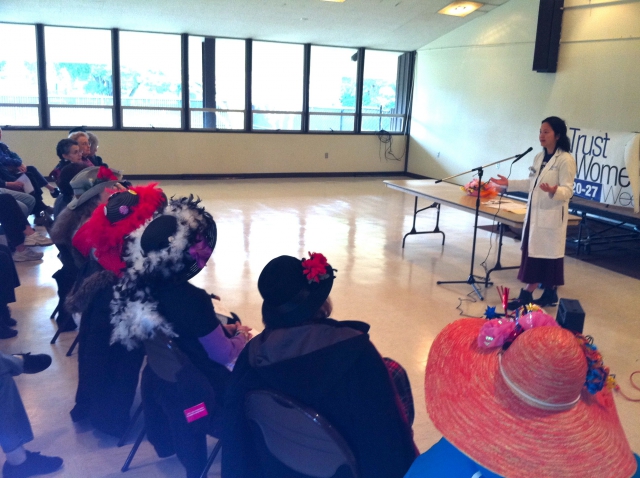 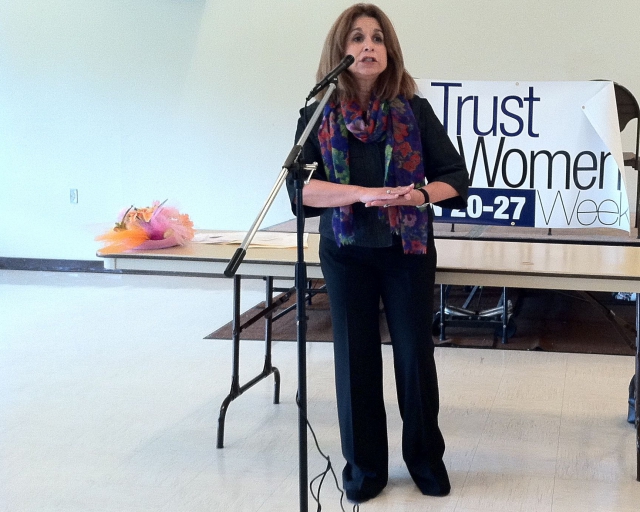 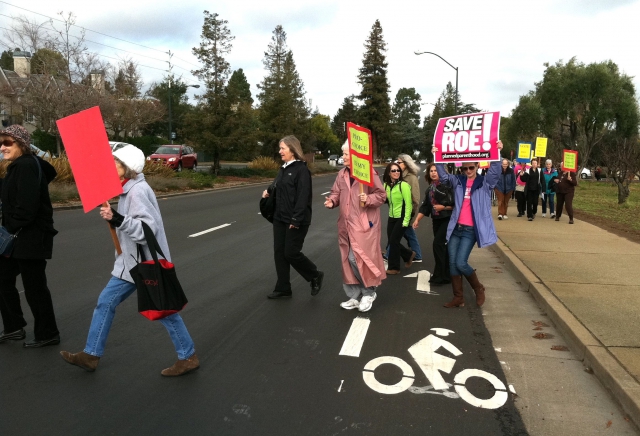 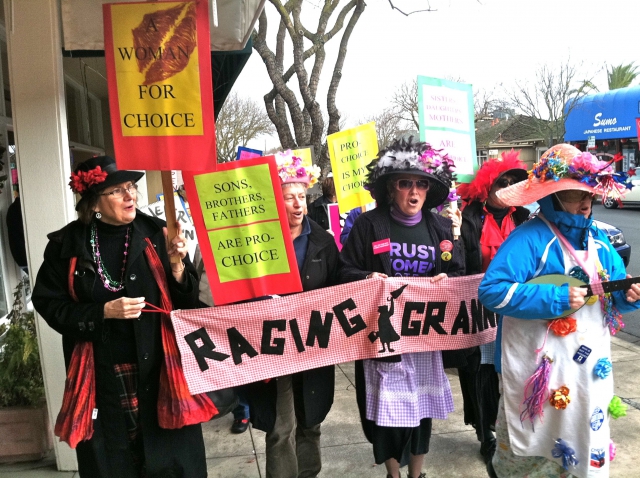 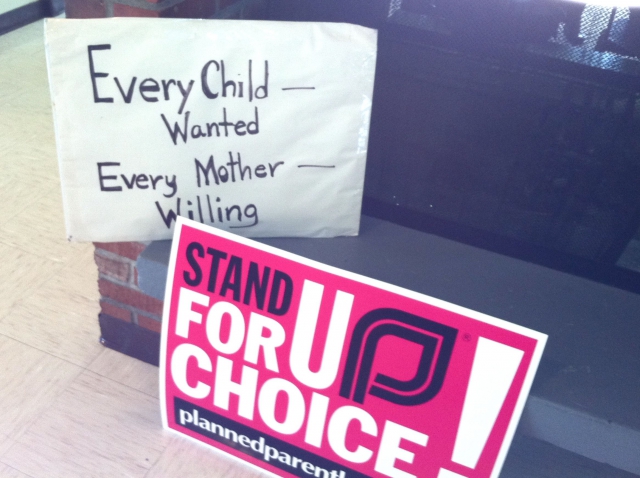 original image (2332x1742)
Inside the site of the rally held before march
http://oursilverribbon.org/
Add Your Comments
LATEST COMMENTS ABOUT THIS ARTICLE
Listed below are the latest comments about this post.
These comments are submitted anonymously by website visitors.