Add an Event
Newswire
Calendar
Features
Home
Donate
From the Open-Publishing Calendar
From the Open-Publishing Newswire
Indybay Feature
Publish to Newswire
Add an Event
Related Categories: East Bay | Racial Justice
Demonstrators Protest the Desecration of Rattlesnake Island at the Home of John Nady
by Alex Darocy (alex [at] alexdarocy.com)
Sunday Dec 18th, 2011 4:15 PM
On December 17, approximately 75-100 community members protesting the desecration of Rattlesnake Island, the spiritual center of the Elem Pomo community, marched to the Piedmont mansion of John Nady, the owner of Nady Systems, who has been one of those pushing for the development of the island as the location of two luxury-style vacation homes. 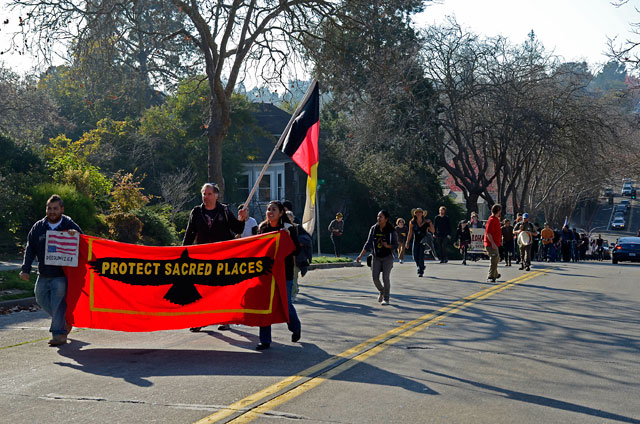 Community members first circled up and held a rally near the Lakeview library branch in Oakland, then proceeded to march two miles up and into the hills of Piedmont where Nady owns a large home. Along the march route, approximately six patrol vehicles with the Piedmont Police Department followed community members, and at the home of John Nady approximately eight police officers stood guard over the mansion where a police line was drawn around the perimeter of the property. When demonstrators arrived at the home they sang and chanted and held a short rally.
Statements were read from Jim Brown, one of the leaders of the Elem community who was not able to attend the demonstration: "For the last few days my spirit has been crying for my ancestors, as the direct attack, destruction, and desecration continues. The best news is that the work stopped on Friday. I know it is because of Nady finding out about this rally of support."
"Please show respect for our people. The 1% wants us to display violence so they can continue to send out their stromtroopers against the 99%. Please show respect for the tribal people whose lands we will be walking on today. Oh way ah, Oh way ah, let the spirit of the people bring true justice to all people and nations."
Community members participated in a variety of group march and rally chants, including "Stop Nady now, protect Rattlesnake Island," "Nady, Nady, you're so shady," and "This is Ohlone land, already occupied."
Supporting groups represented at the demonstration included the Leonard Peliter Walk, American Indian Movement (AIM), SPPIRT, Arabian Resource Organization, All of Us or None, California Coalition for Women Prisioners and Making Contact, Occupy Okland supporters, and POOR Magazine.
Rattlesnake Island is located on Clear Lake, where it was taken from the Pomo in 1877 due to an alleged 'clerical' error in the deeding of the property. The Elem Pomo have struggled continuously since that time to regain the land, which has been their spiritual center for an estimated 6,000-14,000 years. The island is a burial grounds, village site, and ceremonial grounds. Construction has begun on the island without an Environmental Impact Report.
The Elem Pomo are asking for financial and political support from the public in their struggle to protect and reclaim Rattlesnake Island.
For more info, see:
http://www.elemmodun.org 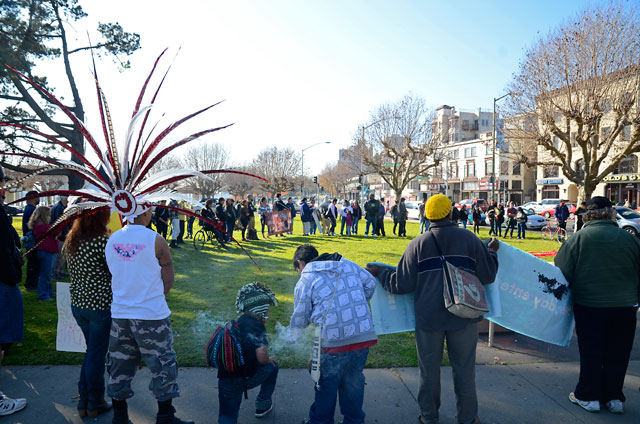 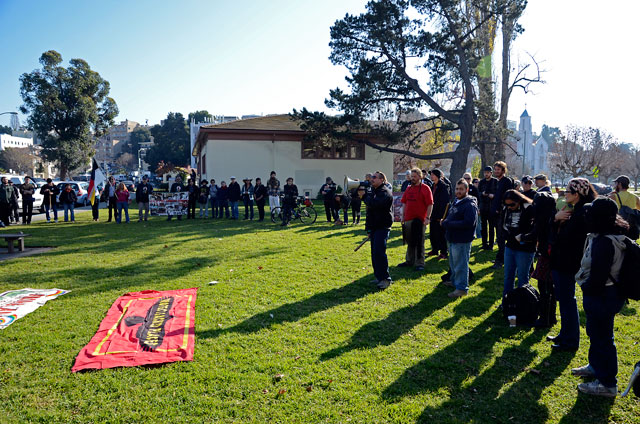 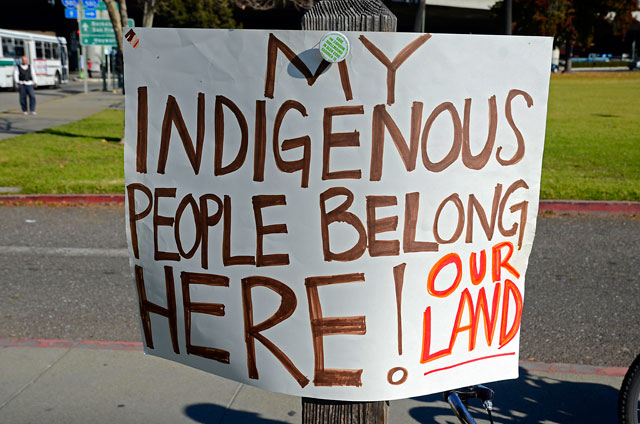 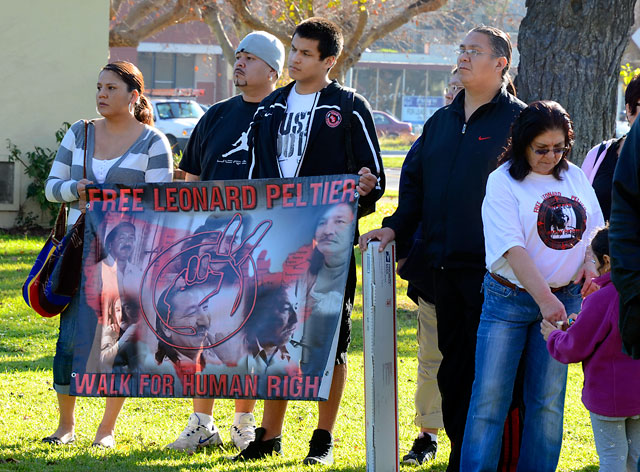 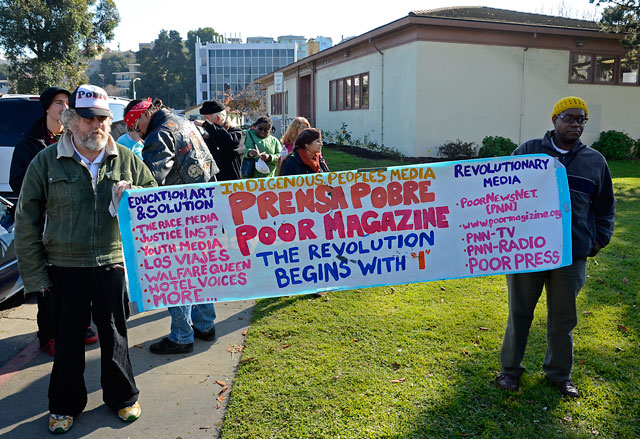 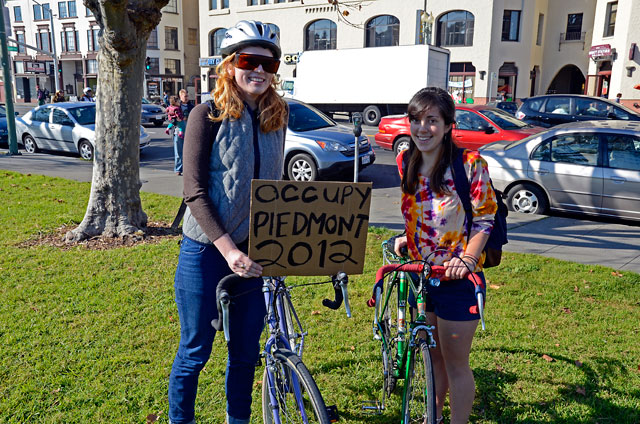 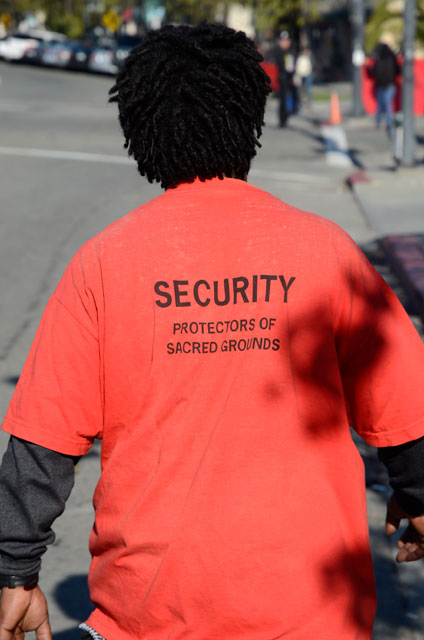 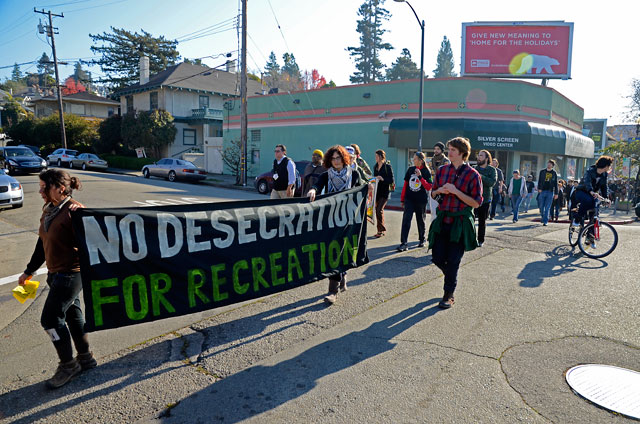 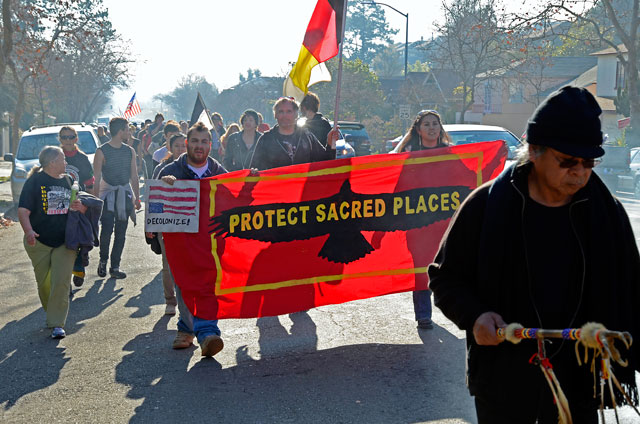 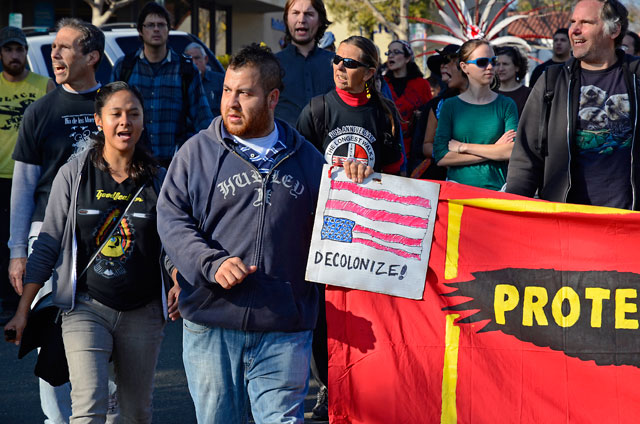 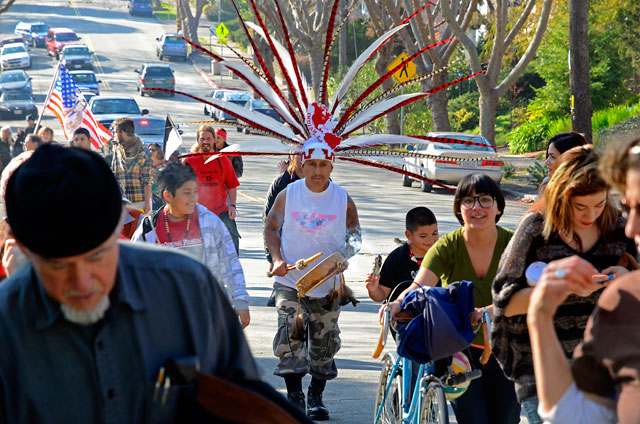 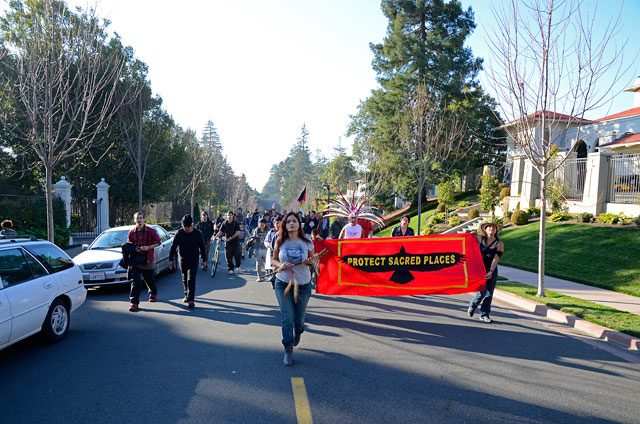 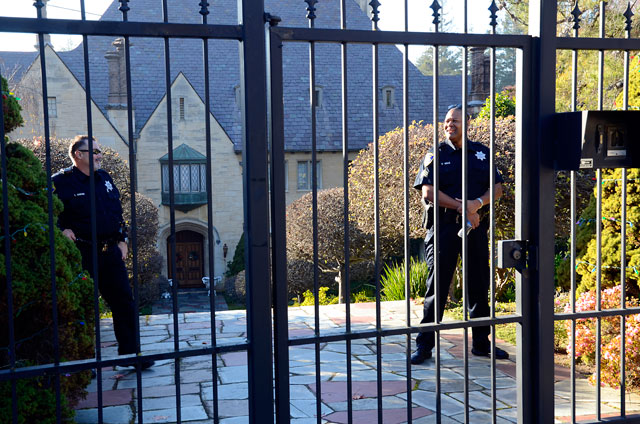 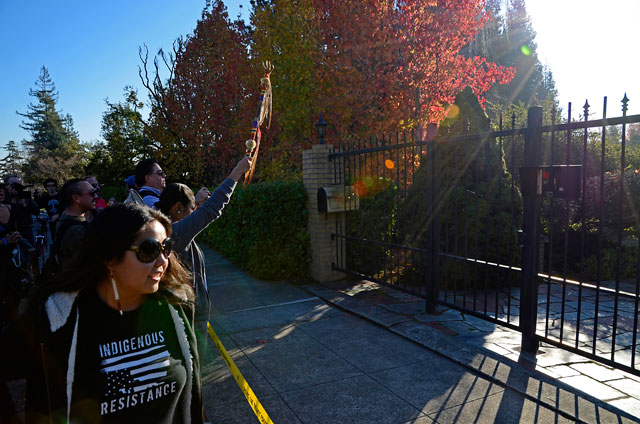 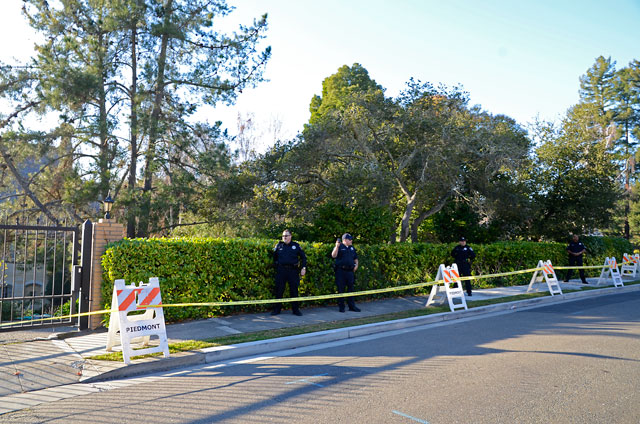 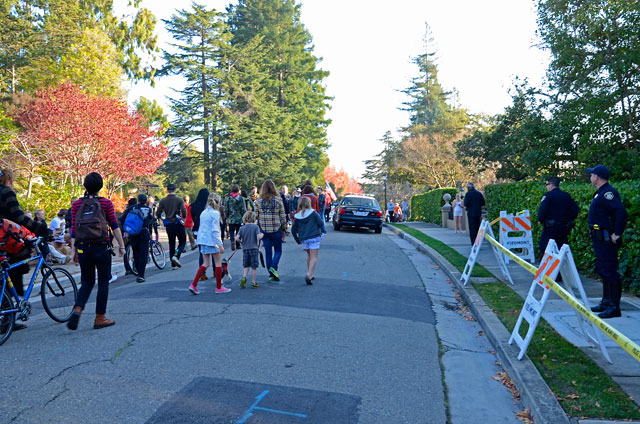 Neighbors took the opportunity to walk their dogs and see what was going on outside.
Add Your Comments