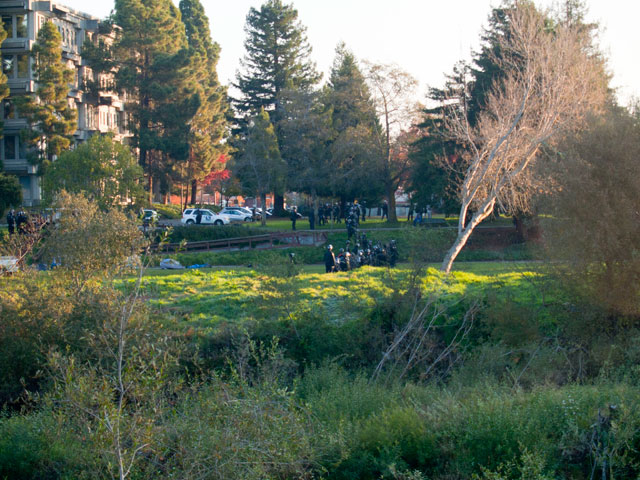 The agencies conducting the raid included the Santa Cruz County Sheriff's Office, police departments from Santa Cruz, Capitola, Scotts Valley, Watsonville and UC Santa Cruz, according to a State Park Ranger who was blocking pedestrian and press access to cross the Water Street Bridge. Rangers, along with City of Santa Cruz Parks and Recreation, were also dismantling tents inside the park. Employees of First Alarm, a private security and policing corporation, were present as well. 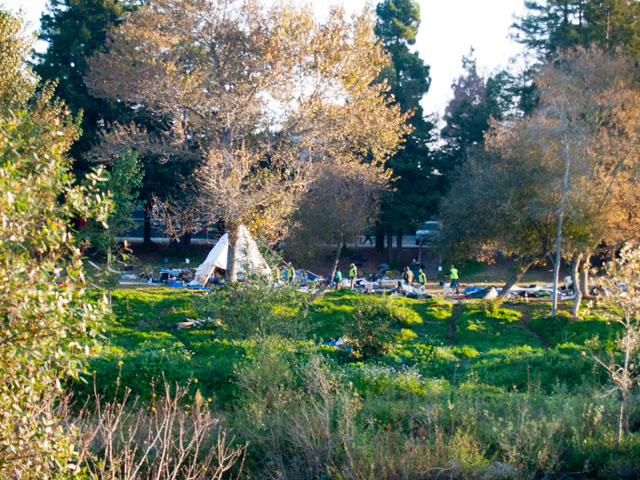 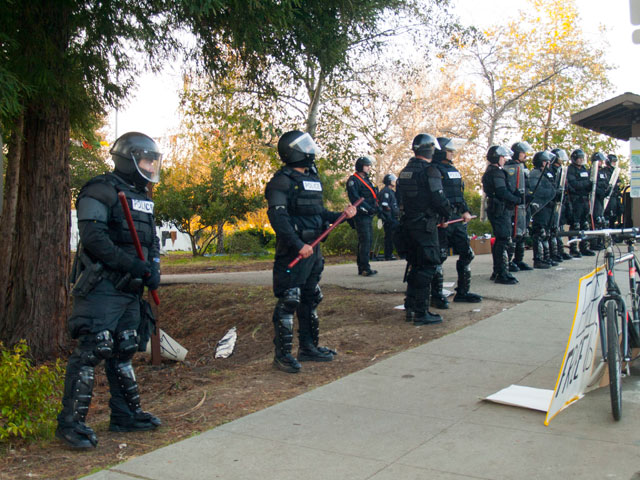 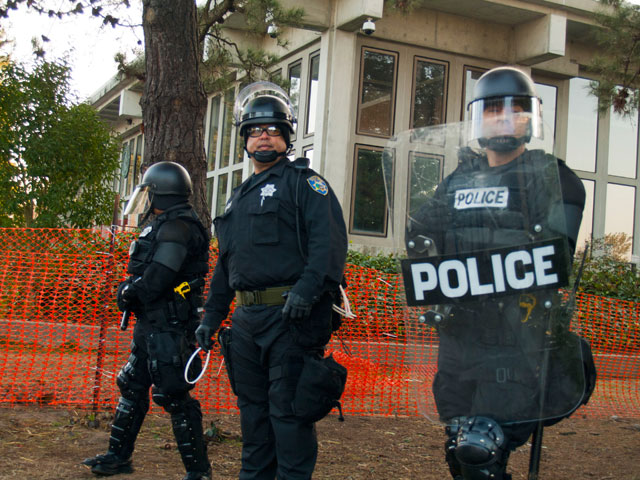 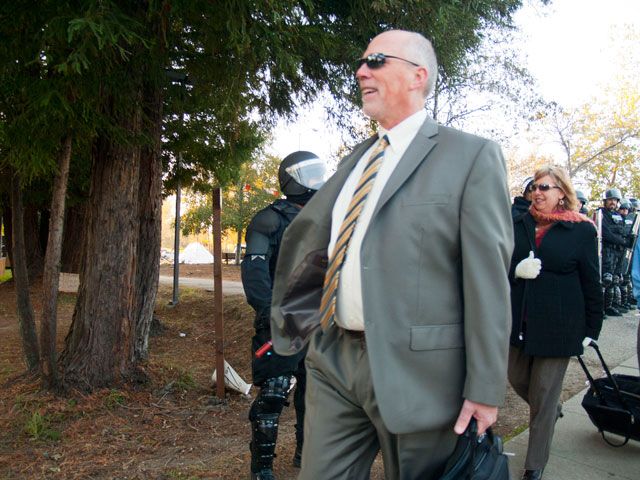 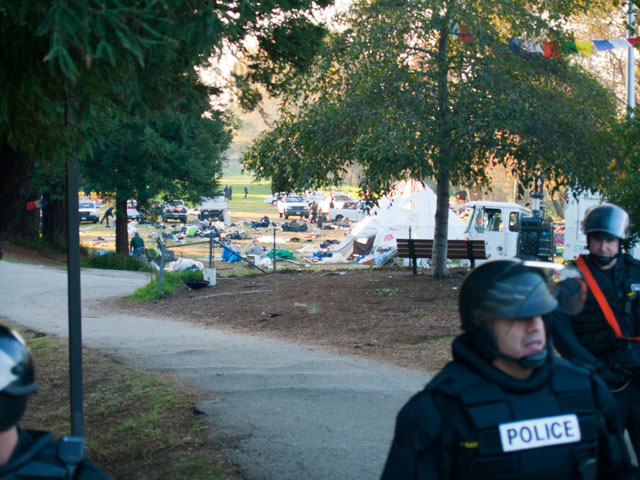 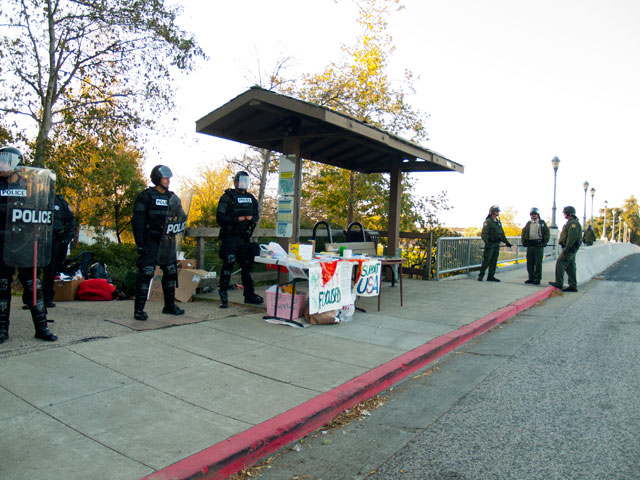 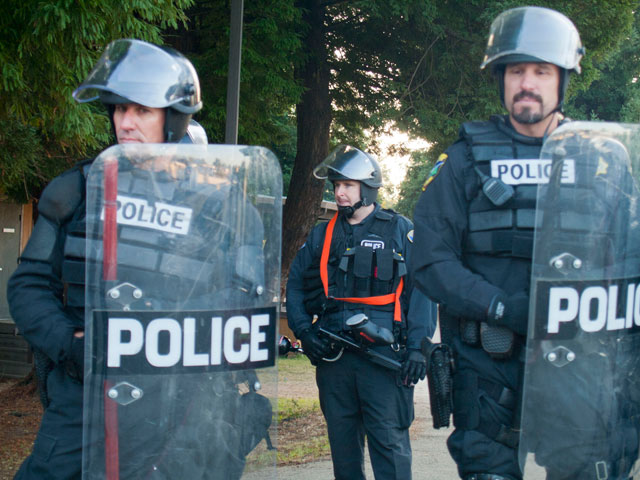 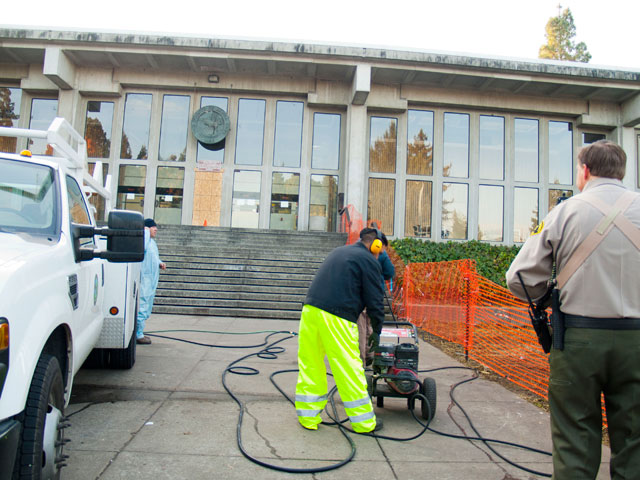 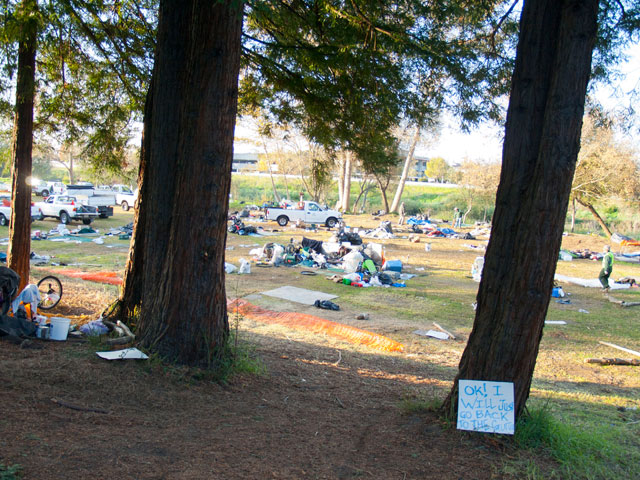 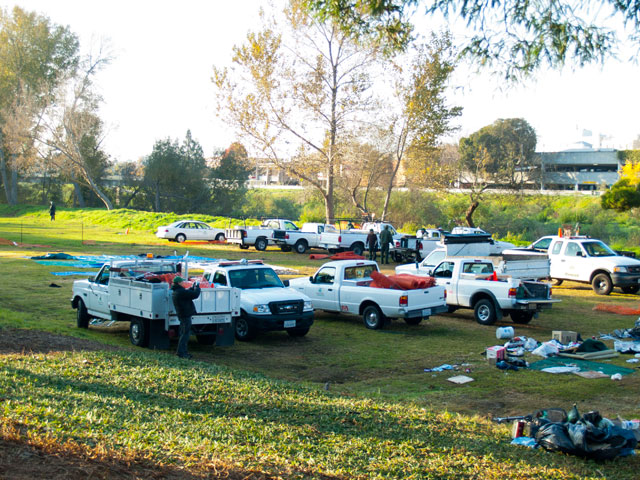 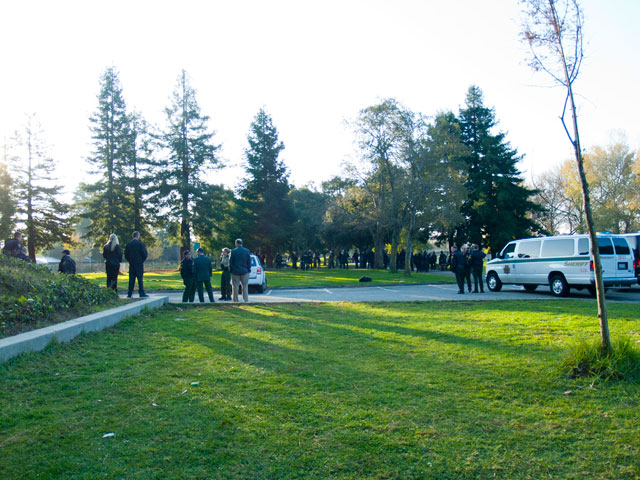 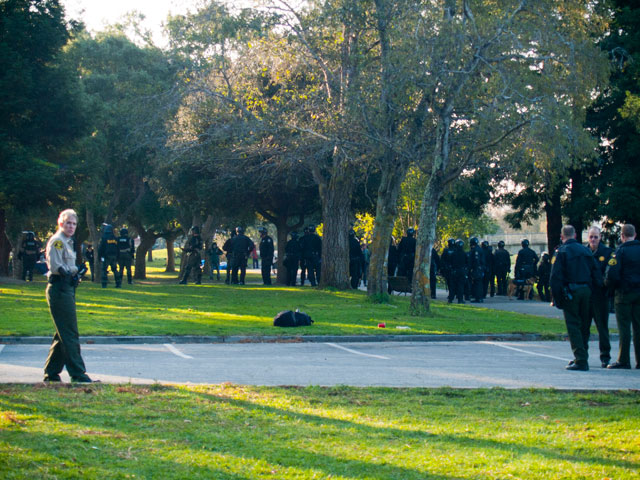 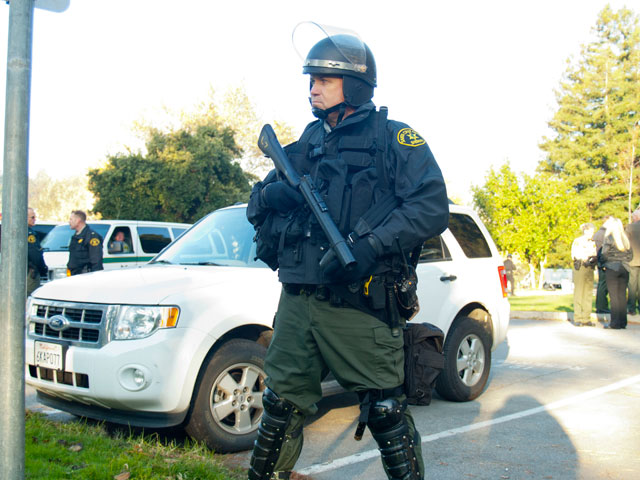 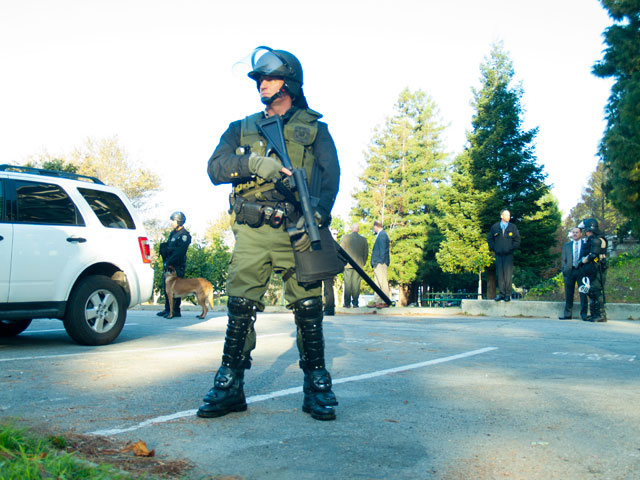 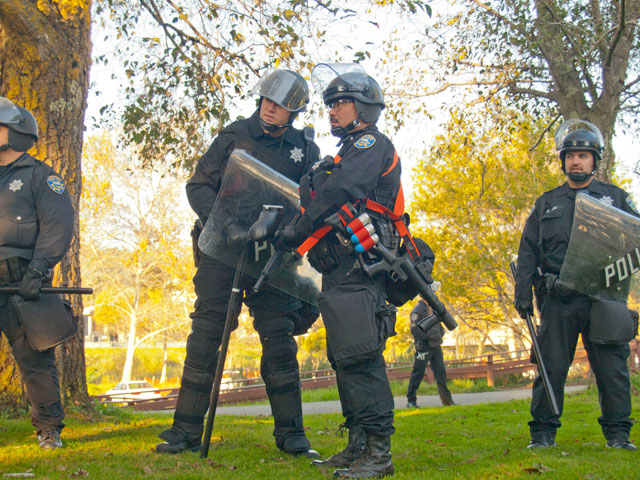 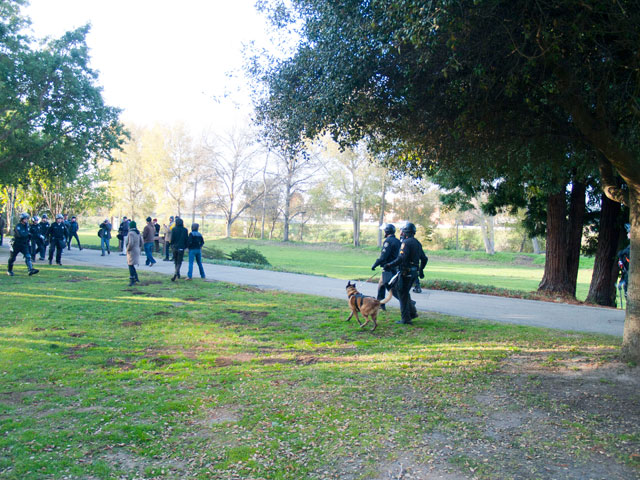 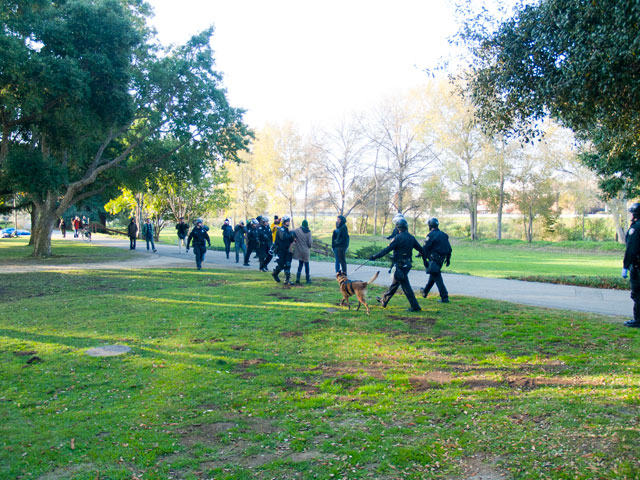 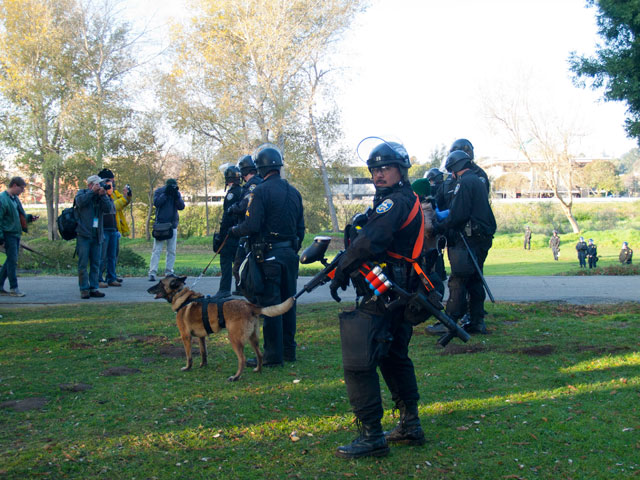 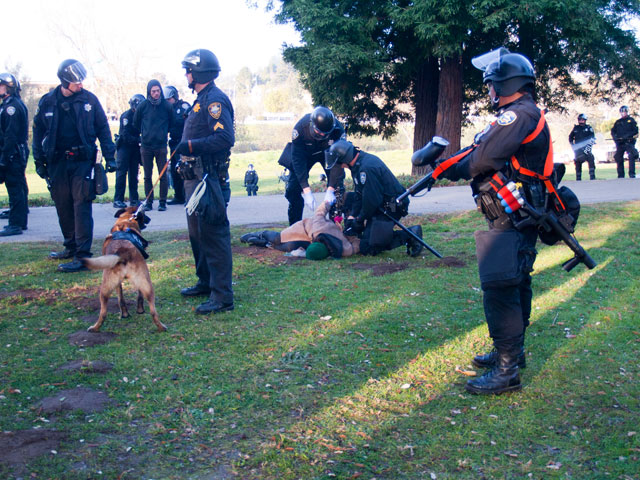 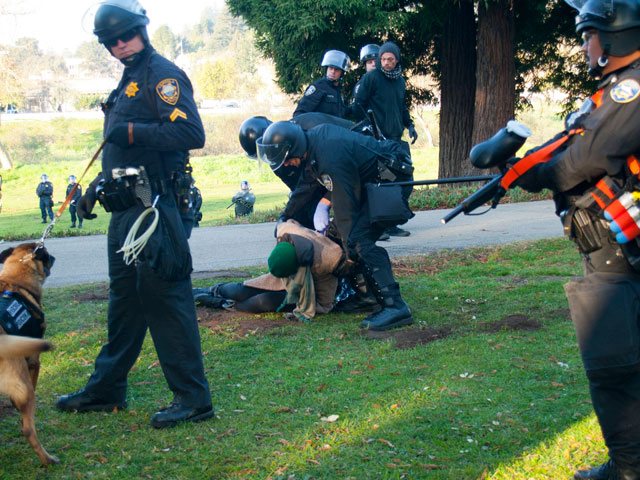 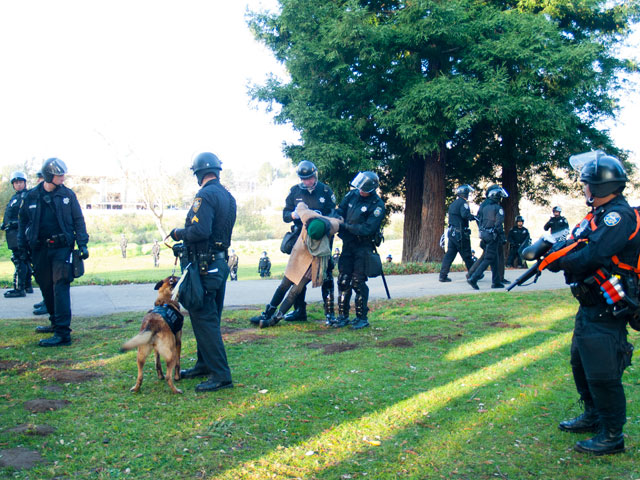 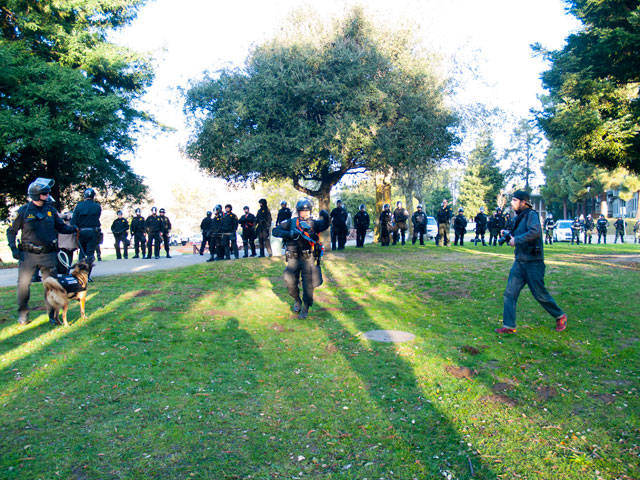 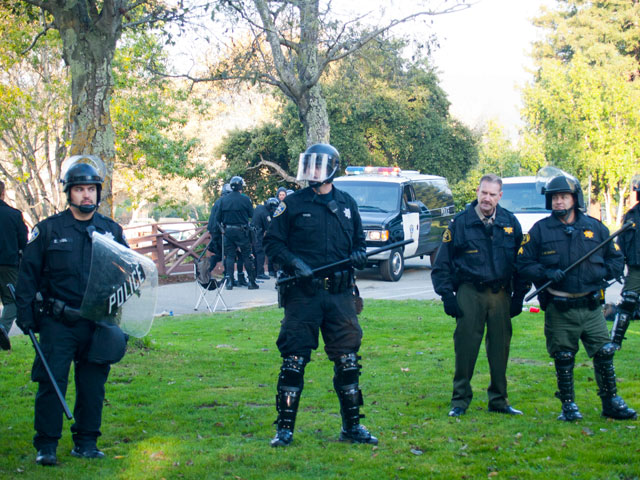 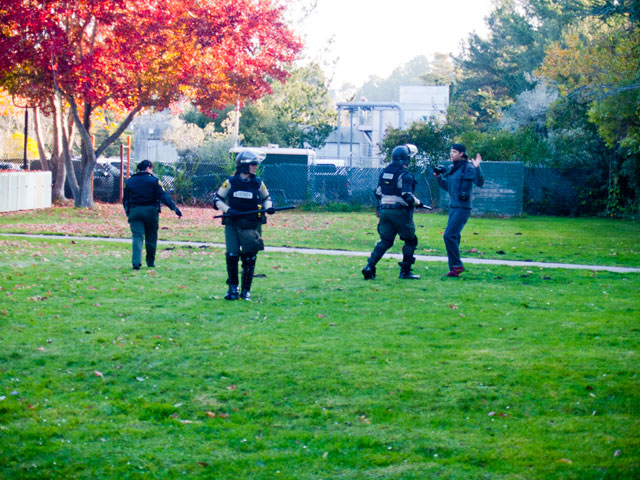 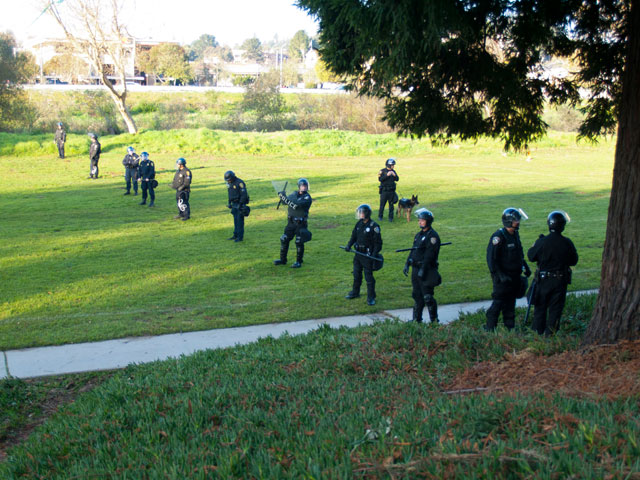 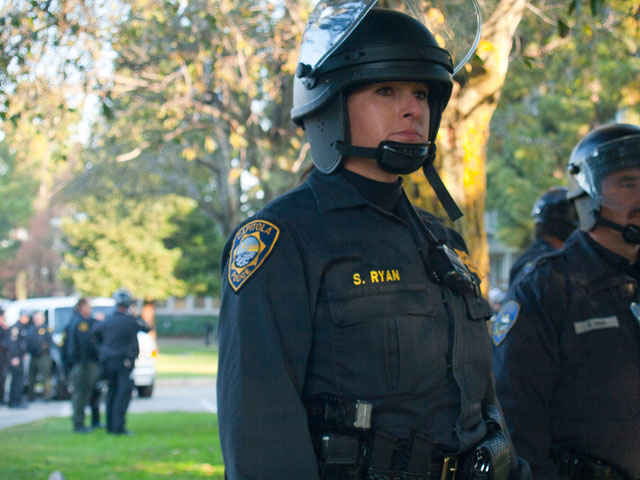 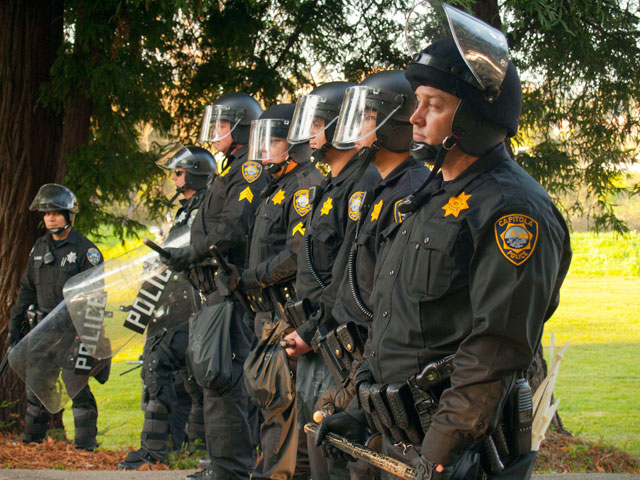 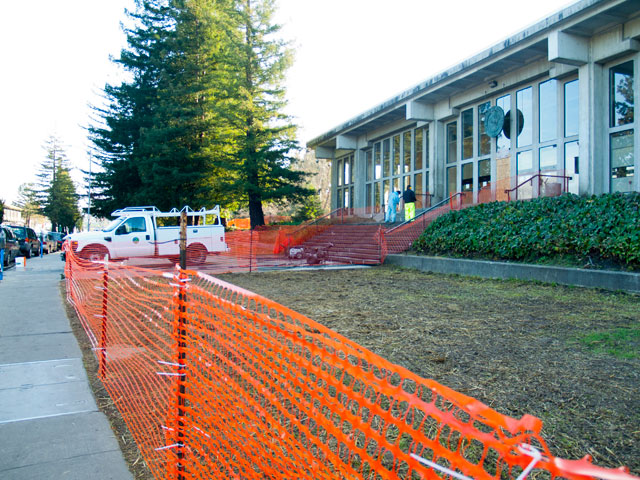 http://bradleystuart.net
§Under arrest
by P ripley Thursday Dec 8th, 2011 10:41 PM
"Under arrest" photos are of my daughter. I am appalled that she was arrested and given $25000 bail on a misdemeanor charge. The allegations of her leadership in the 75 Water action are false. I support my daughter and condemn the judicial system and police department for an unfair and biased action.
§Arraignment Monday Dec 12
by P ripley Saturday Dec 10th, 2011 1:04 PM
The 6 people arrested are out of jail and are scheduled to be arraigned at 8 am December 12th at the SC Courthouse. My daughter is in fear because of media reports that she is a leader of the 75 Water St action. Her phone has been seized as "evidence." Many thanks to attorney, Allison Cole, who has been instrumental in the Occupy SC protesters' release. I thank everyone who has supported the Occupy Movement in Santa Cruz. I am proud of all of you.
§National Lawyers Guild - Monterey Bay Area
by Phillip Crawford Saturday Dec 10th, 2011 3:51 PM
Mr. Ripley: I am the President of the local chapter of the National Lawyers Guild and the coordinator of the legal hotline. Both Allison Cole and I have the understanding that all charges were dropped and that no one is being arraigned on Monday. To my knowledge, no attorney is planning to be present in Santa Cruz court on Monday morning. If people are being arraigned on Monday morning and they wish to have an attorney present, they must contact either Ms. Cole or the legal hotline (831-373-3327) to request legal counsel.