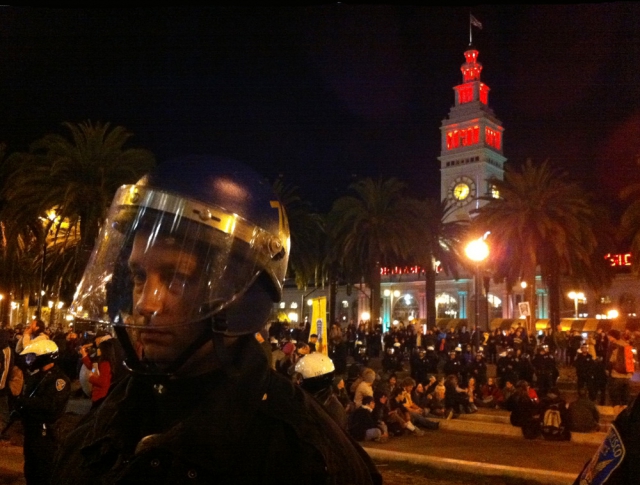 original image (1000x759)
Several hundred activists returned to Justin Herman Plaza Wednesday evening, where they re-established the camp taken down in a raid that started about 2am the previous night (Dec. 7). Protesters held a rally near the plaza at noon, followed by a march, a second rally at 5pm, and a general assembly at 6pm.

About 100 activists assembled on the lawn where the camp once stood, and were quickly surrounded by two lines of police. A much larger number of people arriving for the GA in turn surrounded the police.

At one point two men were roughly grabbed by police, with one appearing to be injured. After a long wait, fire department medics were allowed to treat and remove the hurt protester.

After several people were arrested, the standoff ended peacefully when the police left the plaza. As of Dec. 8 at 2am activists continued to occupy the plaza and had put up a number of tents. Police are reportedly standing by, however, and the activists remain alert. 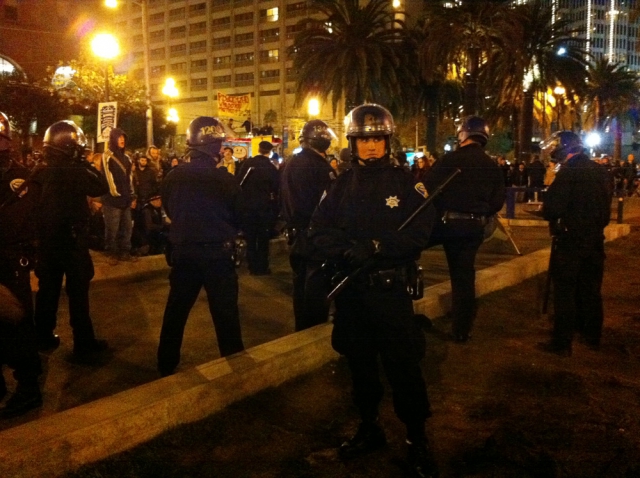 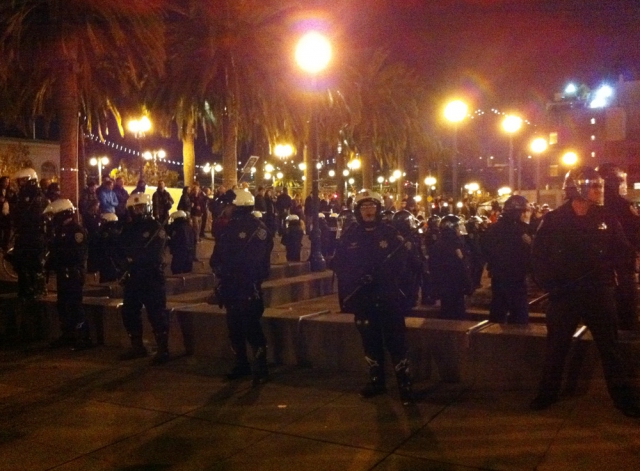 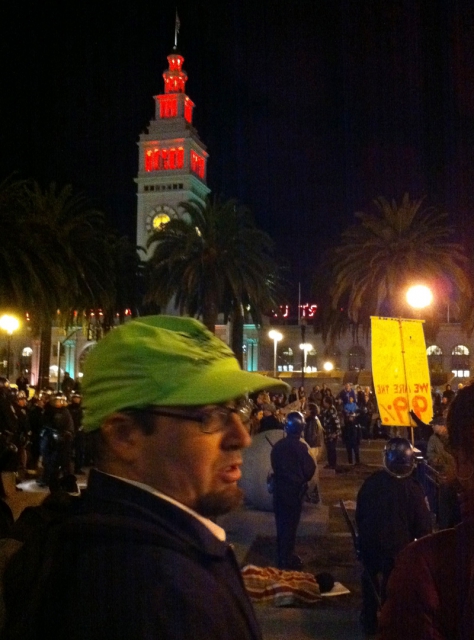 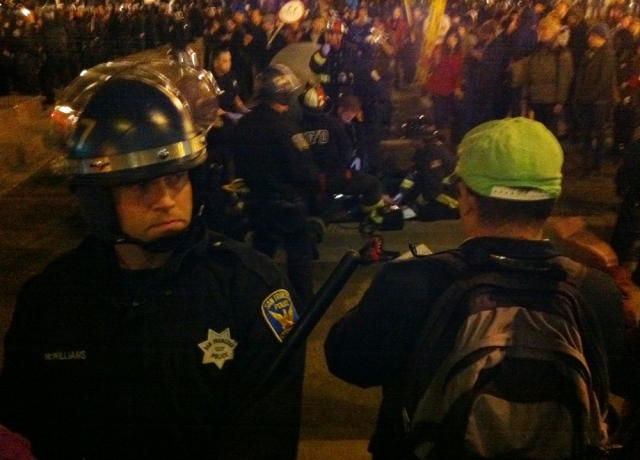 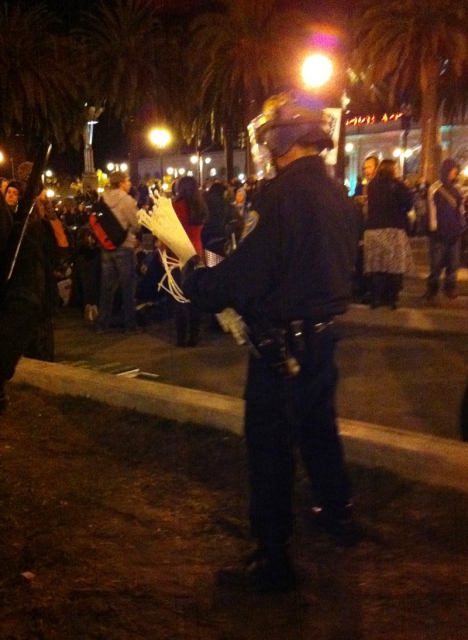 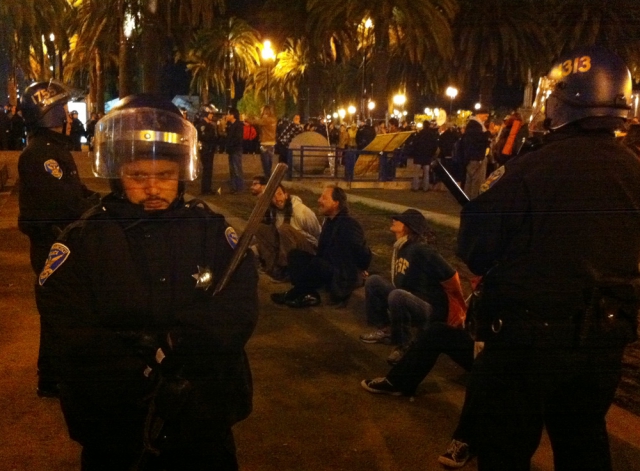 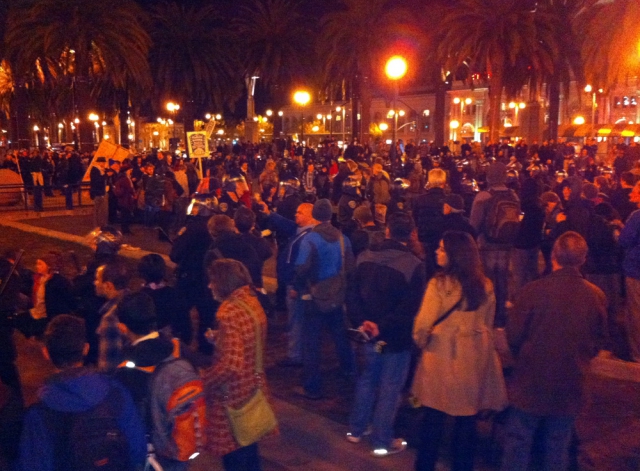 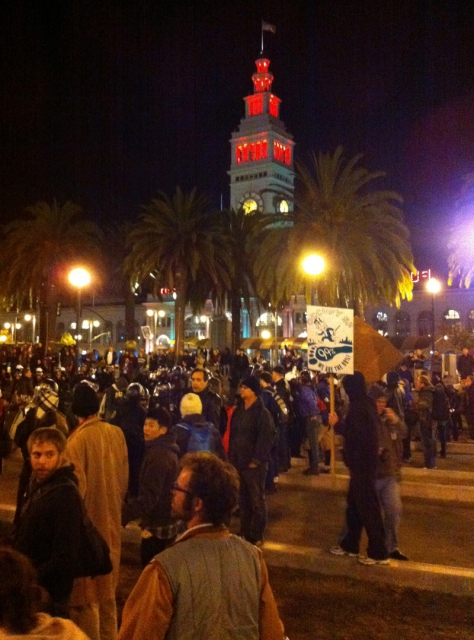 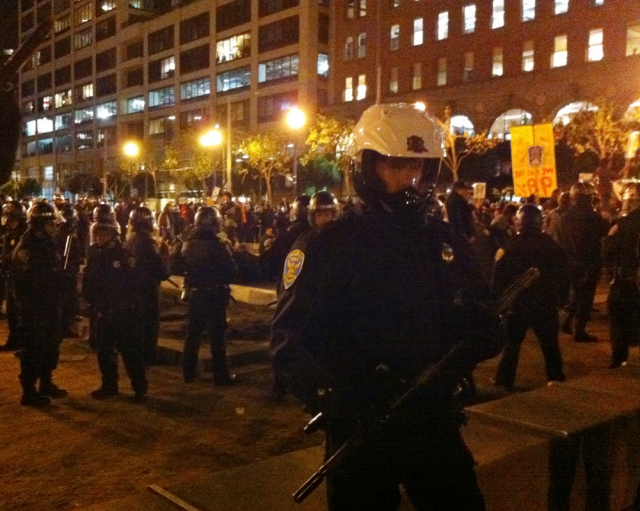 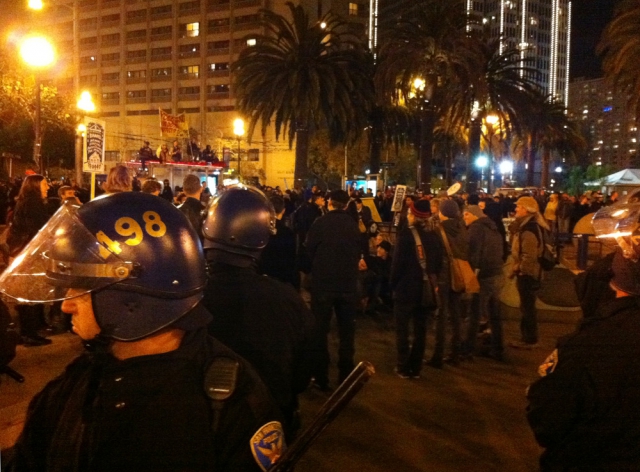 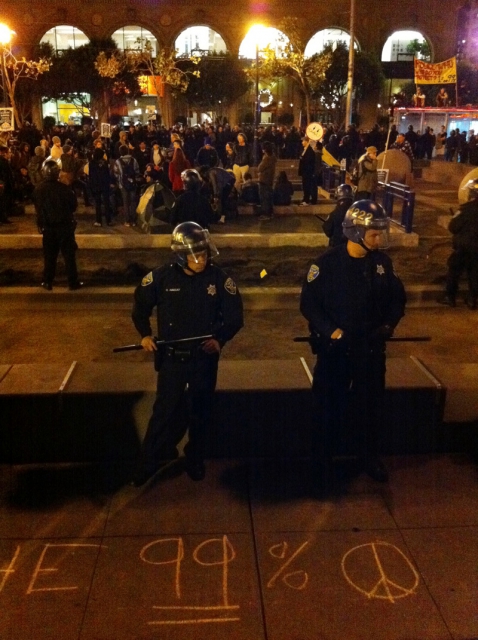 original image (800x1071)
Add Your Comments
LATEST COMMENTS ABOUT THIS ARTICLE
Listed below are the latest comments about this post.
These comments are submitted anonymously by website visitors.