by Angola 3 News
A new petition calling for the abolition of prolonged solitary confinement in US prisons was launched this week by the National Religious Campaign Against Torture.

original image (680x154)
A new petition calling for the abolition of prolonged solitary confinement in US prisons was launched this week by the National Religious Campaign Against Torture. Please help to spread the word however you can and take a moment to sign the petition here.

Opposition to the use of solitary confinement against the Angola 3 has been a central issue in the struggle for their freedom. Robert King’s conviction was overturned and he was released in 2001 after 29 years in continuous solitary confinement. Albert Woodfox and Herman Wallace remain in prison, no having spent over 39 years in solitary. The Angola 3 and their international network of supporters have long sought to expose the widespread use of solitary and other forms of torture throughout the entire US prison system. For more background, our recent Alternet interview with James Ridgeway and Jean Casella of the Solitary Watch website discuss the severity of this human rights crisis, while spotlighting the conditions at California's Pelican Bay State Prison, recently challenged with two prison hunger strikes.

The full text of the petition is below:

Experts estimate that at least 36,000 people in the U.S. criminal justice system are currently being held in solitary confinement. The vast majority of these inmates are detained in state prison facilities. Prisoners held in solitary confinement are often detained in a cell by themselves for 23 hours a day. Some prisoners are kept in these conditions for months, years, or even decades. Medical experts have stated that prisoners held in isolation for extended periods experience symptoms akin to delirium, and the impact on mentally ill prisoners is especially damaging. Alarmingly, these prisoners are sometimes released from solitary confinement units directly to their communities when they complete their prison sentence.

We need to invest in humane alternatives that address the mental health needs of prisoners in a way that effectively contributes both to their rehabilitation and to their successful transition back into society. Because holding prisoners in solitary confinement units is significantly more expensive than keeping them in the general prison population, instituting humane alternatives makes sense, both financially and morally. 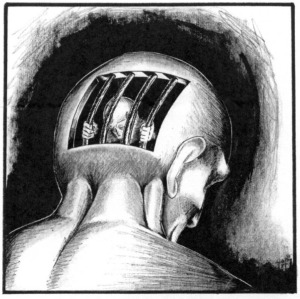 This image was recently used during the campaign supporting the recent Pelican Bay (and statewide) hunger strikes.
END_OF_DOCUMENT_TOKEN_TO_BE_REPLACED
Add Your Comments
Latest Comments
Listed below are the latest comments about this post.
These comments are submitted anonymously by website visitors.
TITLE
AUTHOR
DATE
Request
Ahmed Fahim
The data in this petition is way off
CJ
Support Independent Media
We are 100% volunteer and depend on your participation to sustain our efforts!