Add an Event
Newswire
Calendar
Features
Home
Donate
From the Open-Publishing Calendar
From the Open-Publishing Newswire
Indybay Feature
Publish to Newswire
Add an Event
Related Categories: Santa Cruz Indymedia | Police State & Prisons
One Demonstrator Arrested During Occupation of Vacant Bank in Santa Cruz
by Bradley Stuart (bradley [at] riseup.net)
Thursday Dec 1st, 2011 2:48 AM
On November 30th, Santa Cruz Police arrested a demonstrator named Joe on Water Street along the Post Office, while other activists were beginning the occupation of a vacant bank at 75 River Street in Santa Cruz. No witnesses knew why Joe was arrested, but he was later charged with "interfering with an officer", and bailed out of jail for $100. While arresting Joe, the police made sure that he was not able to pass his video camera or phone to bystanders. Furthermore, his video camera and phone were not returned to him after he was bailed out of jail. 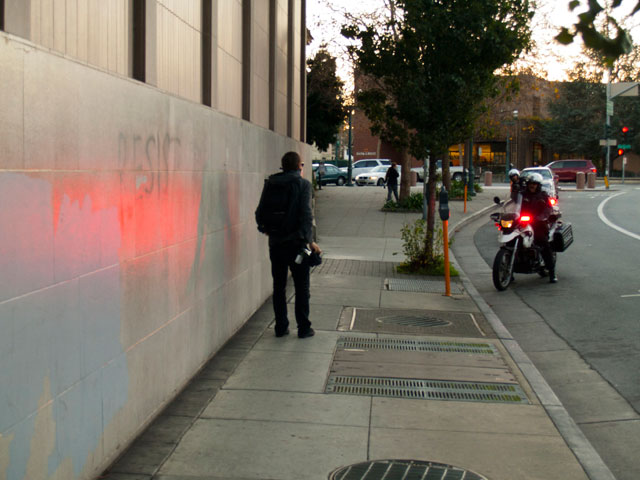 For more information on the occupation of the vacant bank at 75 River Street, please see: 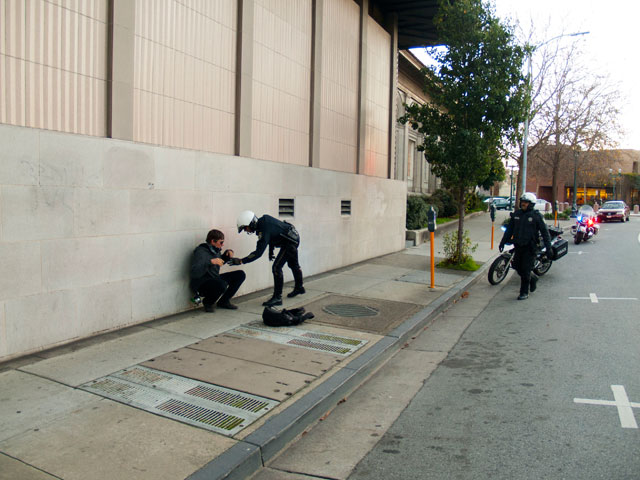 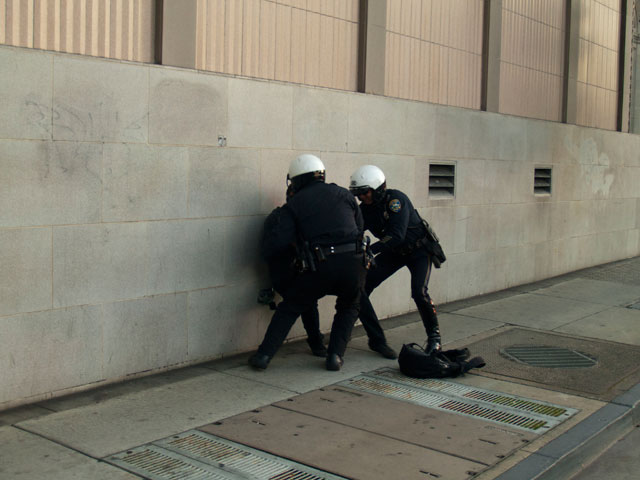 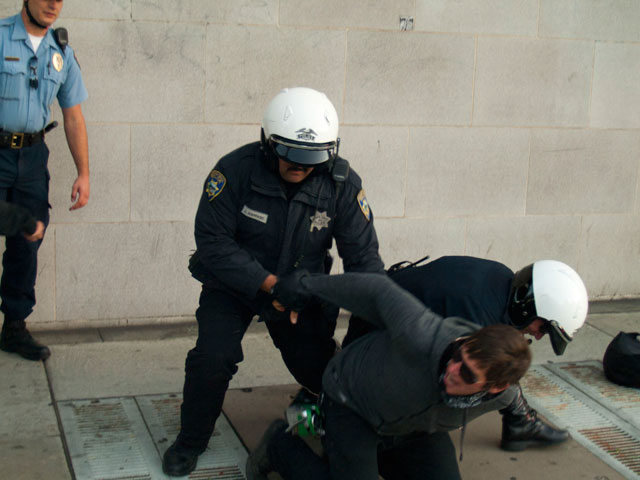 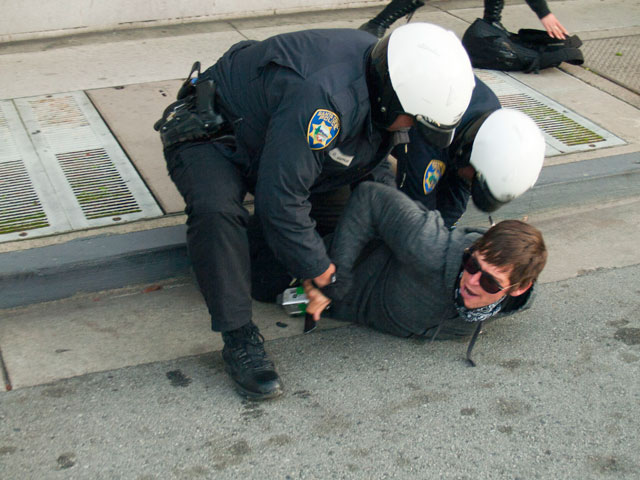 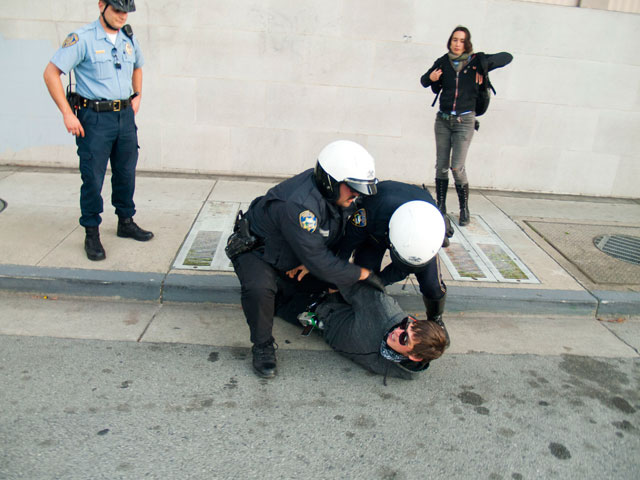 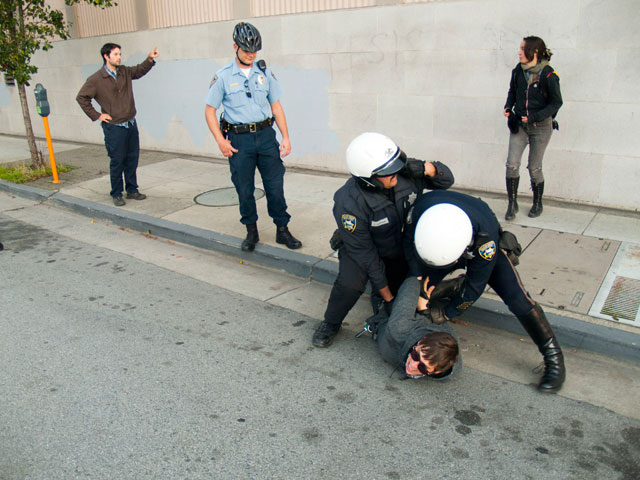 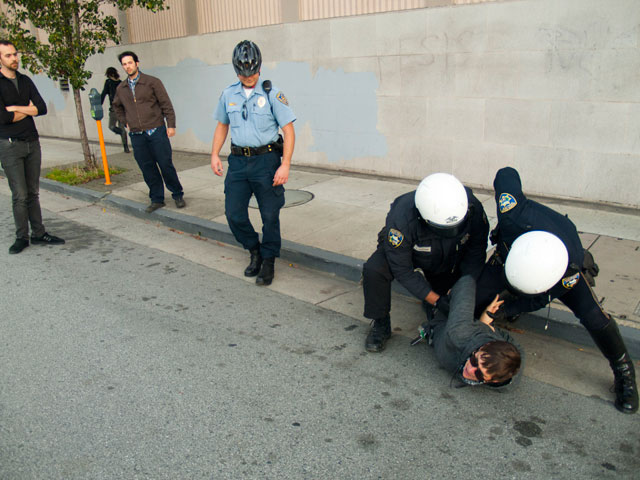 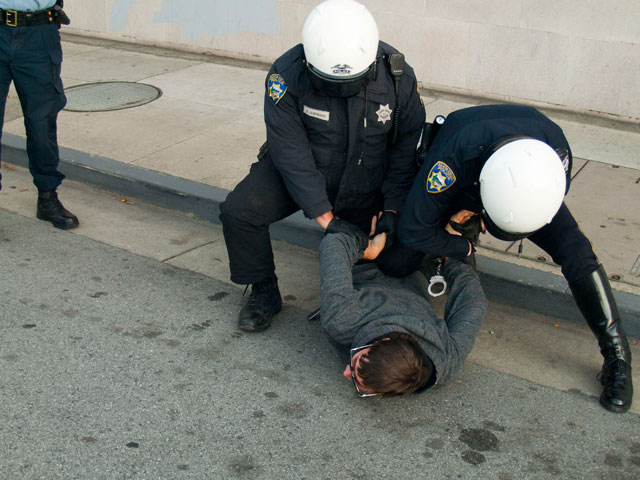 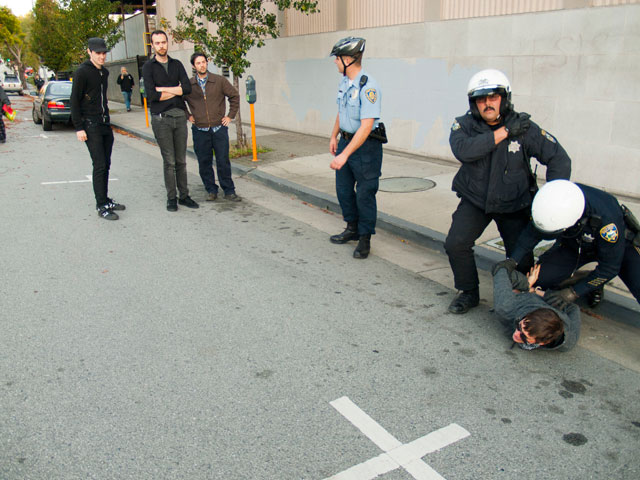 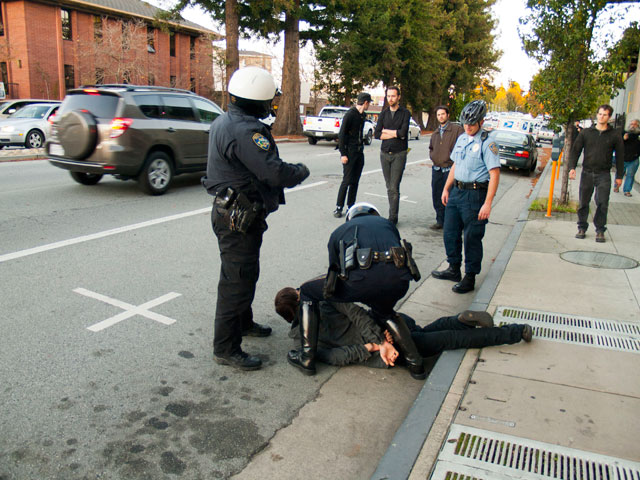 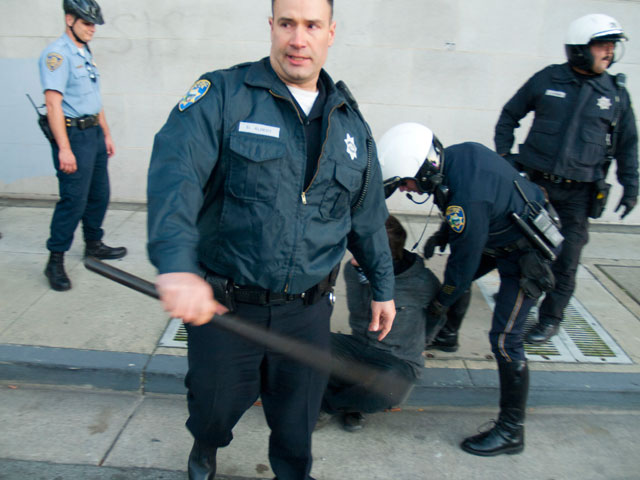 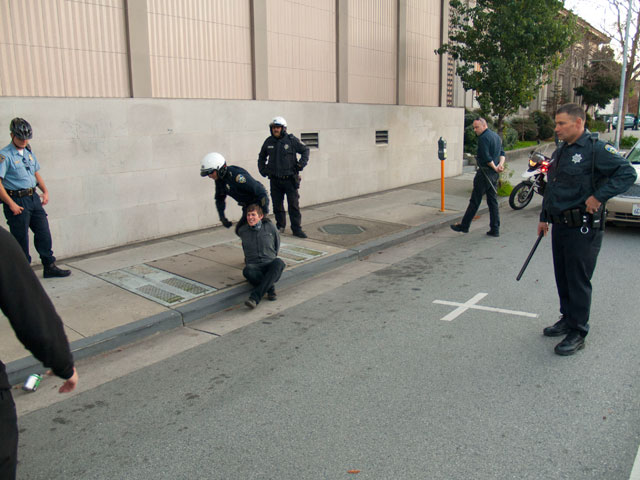 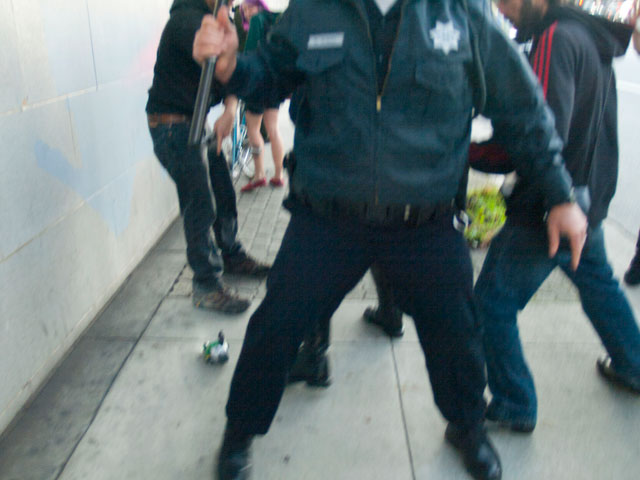 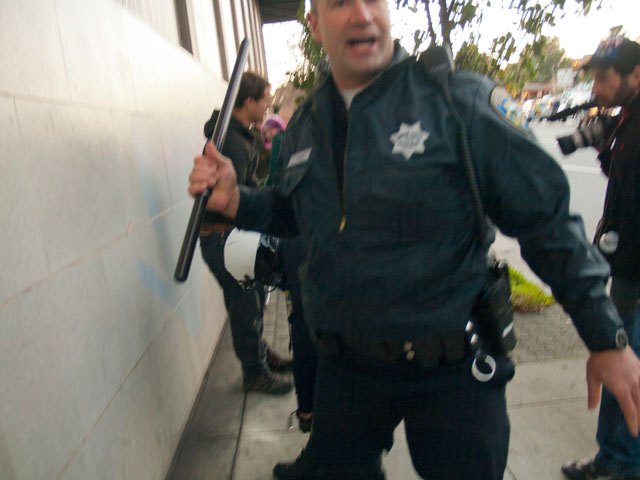 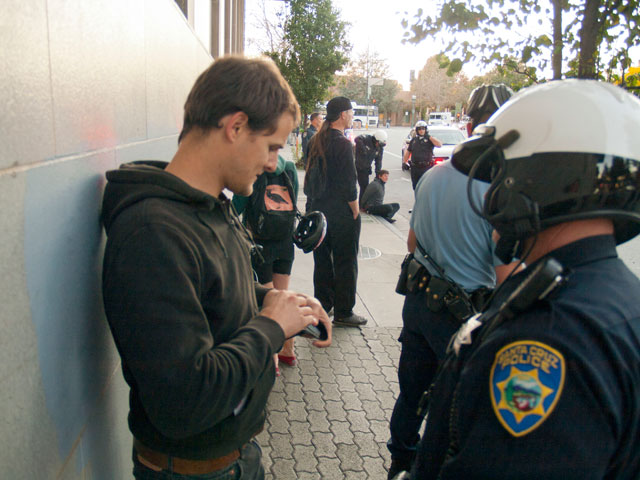 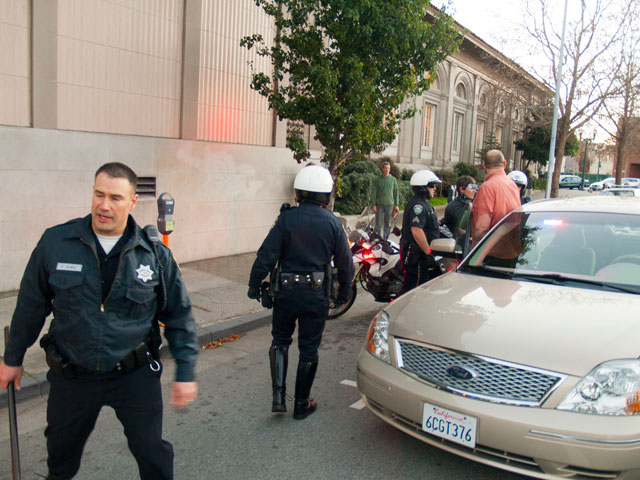 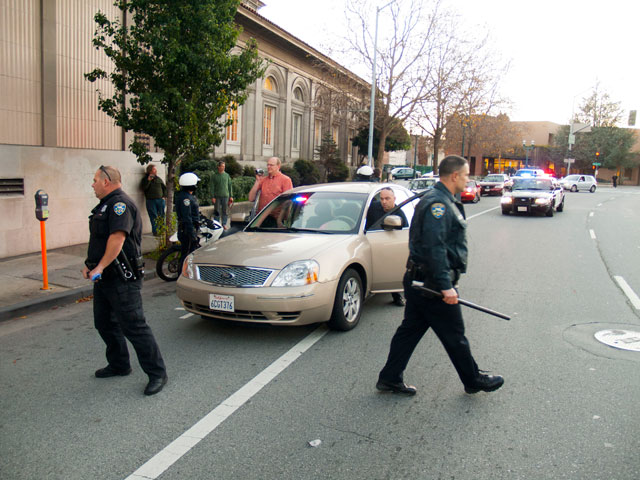 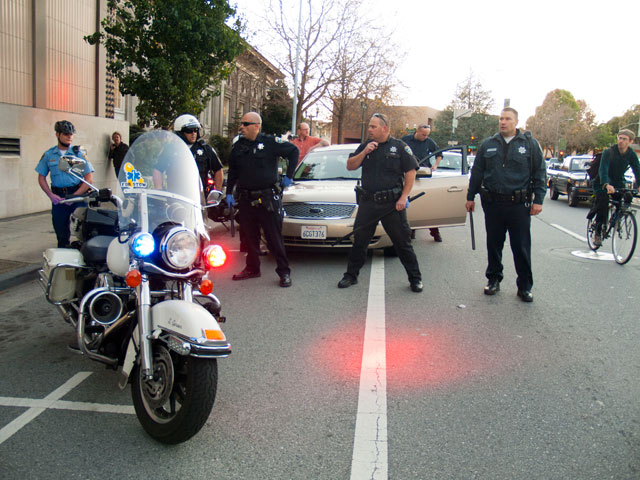 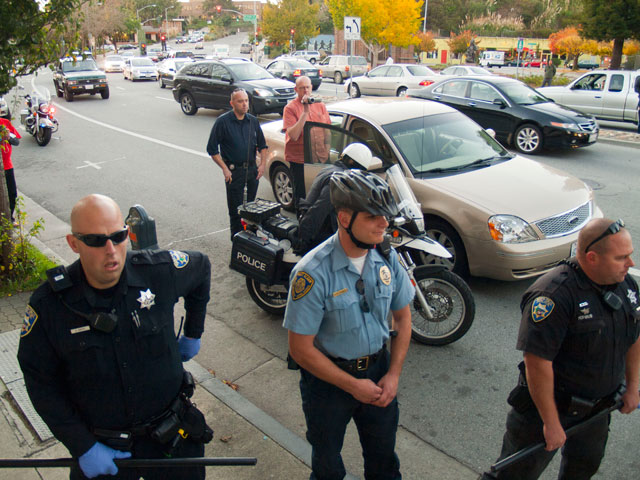