Join in the continued efforts to educate the public about the desecration of an Ohlone Shellmound that took place during the construction of the controversial Bay Street Mall. We will meet at the corner of Ohlone Way and Shellmound Street on Friday November 25th at Noon for this annual action. Please bring signs and snacks to share as we ask holiday shoppers to boycott this mall out of respect for the original (and still present!) inhabitants of the Bay Area. Hope to see you there!
§PDF flyer - Black Friday Protest in Emeryville
by mark Wednesday Nov 23rd, 2011 11:50 AM 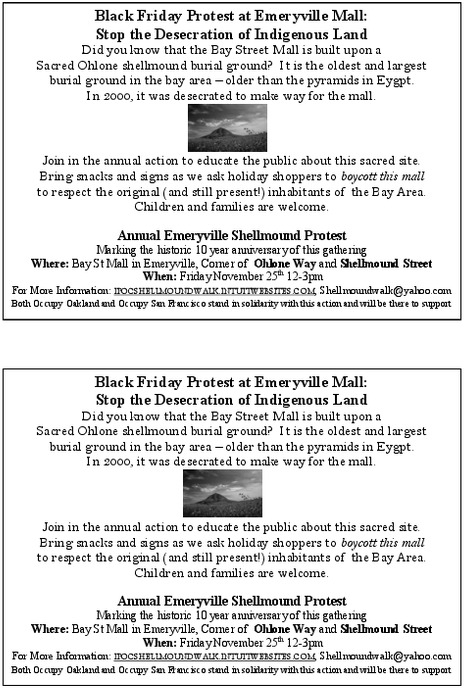 Download PDF (192.8KB)
Flyer - download, print and distribute!
Add Your Comments
Support Independent Media
We are 100% volunteer and depend on your participation to sustain our efforts!