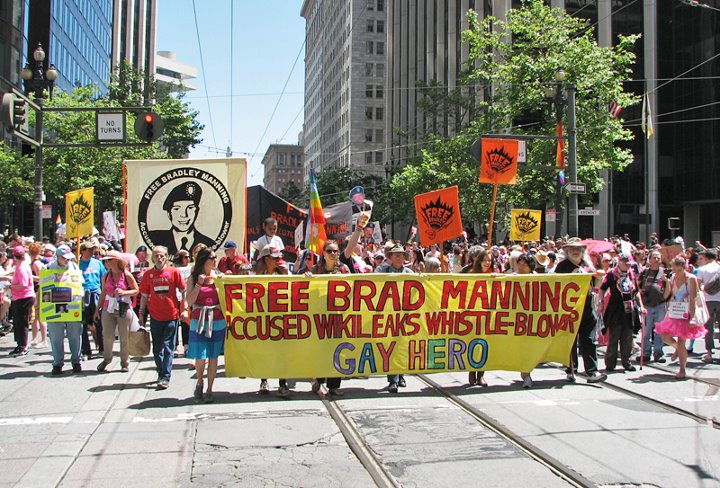 The trial has been set for the prosecution of the most influential whistle blower of our generation! Join us in taking action against this injustice! We all know it is governments and corporations that should be on trial!

Today the United States Army scheduled an Article 32 pretrial hearing for PFC Bradley Manning, the Army intelligence specialist accused of releasing classified material to WikiLeaks. The pretrial hearing will commence on December 16 at Fort Meade, Maryland.
This will be PFC Manning’s first appearance before a court and the first time he will face his accusers after 17 months in confinement.

Bradley Manning, a 23-year-old, openly gay, US Army intelligence analyst is facing life in prison. He is accused of sharing the following with Wikileaks: a video of the killing of civilians by a US helicopter in Iraq, the Guantanamo Files, the Afghan War Diary, the Iraq War Logs and revealing US diplmatic cables. In short, he's been charged with telling us the truth about controversial wars, foreign policies and corporate and government corruption and tyranny.

END_OF_DOCUMENT_TOKEN_TO_BE_REPLACED
Added to the calendar on Mon, Nov 21, 2011 11:50AM
Add Your Comments
Latest Comments
Listed below are the latest comments about this post.
These comments are submitted anonymously by website visitors.
TITLE
AUTHOR
DATE
Free Bradley Manning!
solidarity!
Support Independent Media
We are 100% volunteer and depend on your participation to sustain our efforts!