Add an Event
Newswire
Calendar
Features
Home
Donate
From the Open-Publishing Calendar
From the Open-Publishing Newswire
Indybay Feature
Publish to Newswire
Add an Event
Related Categories: Central Valley | Education & Student Activism | Global Justice & Anti-Capitalism | Police State & Prisons
No Cops, No Bosses
by via UCDavis Bicycle Barricade
Sunday Nov 20th, 2011 5:41 PM
By now much of the world has seen video and photos of Lt. John Pike of the UC Davis police department as he discharged a canister of burning chemicals into the faces of students seated in the center of the university quad. Most viewers are outraged, and justifiably so. Much of the outrage has been directed at John Pike. He deserves it. But we should remind ourselves that Friday’s police violence was only an aberration because it happened on a university campus not easily assimilable to the stereotype of “Berkeley radicals” and to students who are perceived or portrayed as mostly white and as resisting passively. Whiteness is brought up here, not to chastise those who only now denounce police violence that has been routinely applied to non-white communities and individuals—this itself is a misperception of Friday’s events: a majority of those arrested were not white—but to invite readers, new and old, to extend the critique of police violence beyond the walls of the university to the communities whose life it damages every single day. 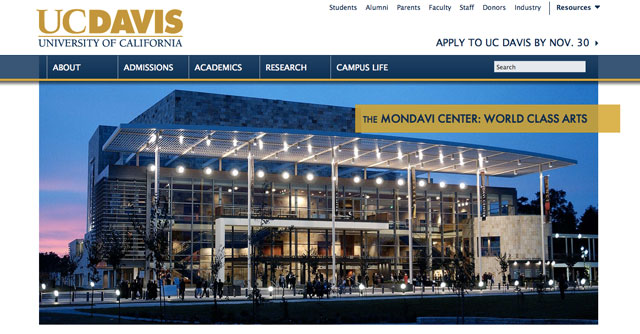 We’ve seen this kind of violence used before on California campuses, and not just in response to the anti-privatization protests and occupations of the past two years. We’re seeing it used now to suppress dissent in cities across the world, from Oakland to Cairo.

When UC Davis police chief Annette Spicuzza says she is “very proud” of her officers, who “did a great job,” she is convinced that this is true. It’s not simply a public relations strategy, it’s a reflection of the fact that her officers did what cops are expected to do: employ violence against those who challenge authority.

This is why we do not demand the dismissal of Lt. John Pike, although it would be welcome.

Our demand is COPS OFF CAMPUS. Period.

Chancellor Linda P.B. Katehi is working feverishly to control the media narrative about Friday’s police attack on protesters. She tried to hold a press conference yesterday, but we shut it down with our voices and bodies. It’s telling that the press conference was held in a building meant to accommodate satellite trucks and internet broadcasting, but whose size and peripheral location bar students from attending. Katehi’s press conference was meant to calm a national public outraged by her use of force against students. Addressing students and, more importantly, listening to them, was not part of her agenda. We were locked out of the building yesterday, but we let ourselves in and stopped the propaganda session.

Although we posed no danger to her, Katehi refused to leave the building for two hours, perhaps waiting for rain, or nightfall, before walking past a silent wall of students and ducking into her luxury automobile. She could have addressed students there, of course, but she preferred the leather-lined cocoon of the car and the comforts of a phone interview with CNN, conducted immediately after she left.

For Katehi, students are a nuisance, an obstacle standing in the way of her plans to privatize and internationalize the campus. This is apparent in the email missives that she sends to everyone, trying to justify her use of force. She invokes safety and health concerns.

[T]he encampment violated regulations designed to protect the health and safety of students, staff and faculty.

Here, the health and safety OF STUDENTS become empty abstractions that must be protected FROM STUDENTS.

Similarly, in the Chancellor’s tiresome rhetoric about the university’s mission and standards, the word EXCELLENCE loses any educational significance it may have had; it becomes a quantifiable property of the university, indistinguishable from reputation or ranking. “Excellence must be maintained,” recite the administrators. Like health and safety, it must be protected from students, whose disruptive protests mar the university’s image. The careful construction of this image often takes the form of actual construction—the so called capital projects, the gleaming buildings featured so prominently on university websites.

The fee increases, pepper spray, beatings, arrests, and student disciplinary procedures of the last two years are not the unfortunate consequences of a dismal budgetary situation. They are the primary vehicles for maintaining “excellence.”

Katehi makes repeated references to the presence of non-students among the protesters who were attacked by police, as if community members and alumni had no right to set foot on the campus of a PUBLIC university, as if they had no stake in the fate of a PUBLIC university. Our administrators prefer the university’s connections to the public to be mediated by formal contracts with agribusiness giants. They prefer alumni to mail checks from a distance. They prefer that the city not interfere with its project to increase the size of the student body and expand its physical footprint. They prefer visitors to be chaperoned through campus on tours that highlight statistics, amenities and, most of all, the buildings—the shiny new buildings and construction projects financed by student debt. Against the administration’s attempts to keep the community at a distance, the students of the University of California, Davis invite alumni, community members, and everyone else to the Quad on Monday, November 21 at noon, for a conversation about the university’s future. We ask Davis residents to support us in our struggle against a university administration at war with students and with the notion of a public university.

The administration, as a managerial class for whom the ideal university is a massive corporation in imperialist partnership with other massive corporations and banks, will never accede to our demands for self-management, greater student and community participation in university governance, and better working conditions. The administration at UC Davis and every other UC campus has proven that, when faced with these demands, they will unleash violence in our learning spaces.

We demand the abolition of the administration and the transfer of all their functions to workers, students, and faculty.

As a necessary precondition to self-management and for our safety, we demand that UCPD be disbanded and that the University be declared a sanctuary space, free of interference from law enforcement personnel. Universities outside the United States already enjoy this freedom. We must demand it here.

Cops and administrators off campus!

http://bicyclebarricade.wordpress.com/2011...
Add Your Comments
Support Independent Media
We are 100% volunteer and depend on your participation to sustain our efforts!