Add an Event
Newswire
Calendar
Features
Home
Donate
From the Open-Publishing Calendar
From the Open-Publishing Newswire
Indybay Feature
Publish to Newswire
Add an Event
Related Categories: Central Valley | Global Justice & Anti-Capitalism
More Arrests at Occupy Fresno
by Mike Rhodes (editor [at] fresnoalliance.com)
Sunday Nov 20th, 2011 3:01 AM
15 more arrests took place early this morning at Courthouse Park as Occupy Fresno continues to stand up for Free Speech. This brings to nearly 100 the number of people arrested since November 6. The photo below shows those risking arrest, shortly before they were arrested. 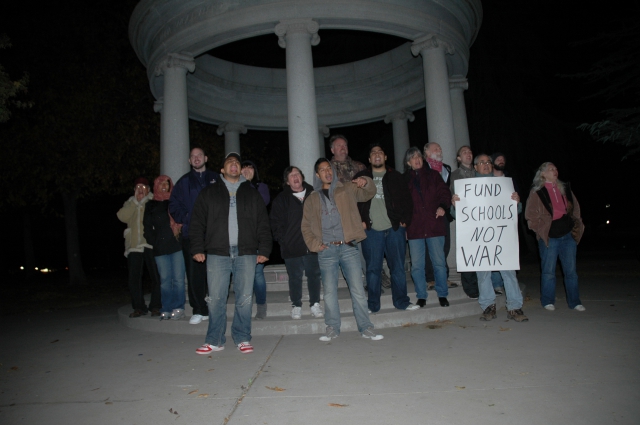 original image (3008x2000)
Saturday evening started with a General Assembly (GA) attended by a little more than 100 people. The GA, which started at 11 p.m. was designed to get more people to support the Occupy Fresno activists who are willing to risk arrest by staying in the park until after midnight. A county ordinance prohibits people gathering in the park from 12 - 6 a.m. It also prohibits more than 9 people gathering without a permit. The sheriff’s department changed the pattern of arrests this morning by holding off until about 2 a.m. before making arrests. They usually make the arrests shortly after midnight.

There were about 50 people standing vigil on the sidewalk on the side of the park when the arrests took place. As the lines of sheriffs marched into the park, Occupy Fresno members chanted “Hell No, We Won’t Go, Occupy Fresno.” 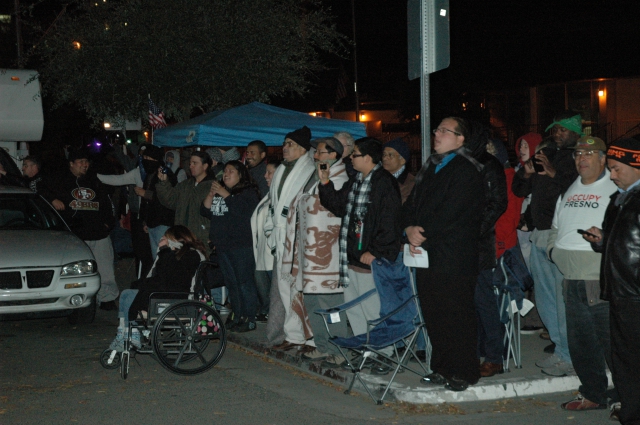 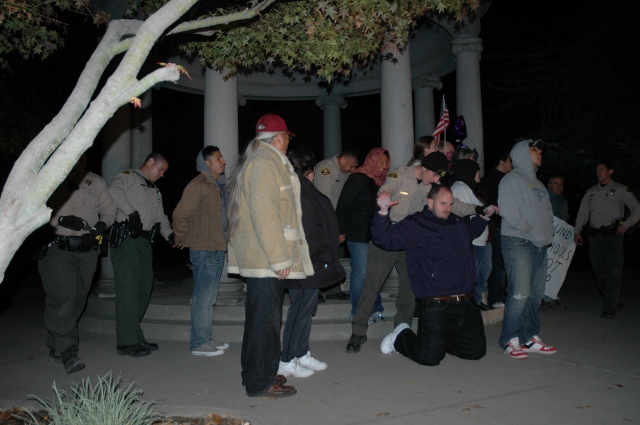 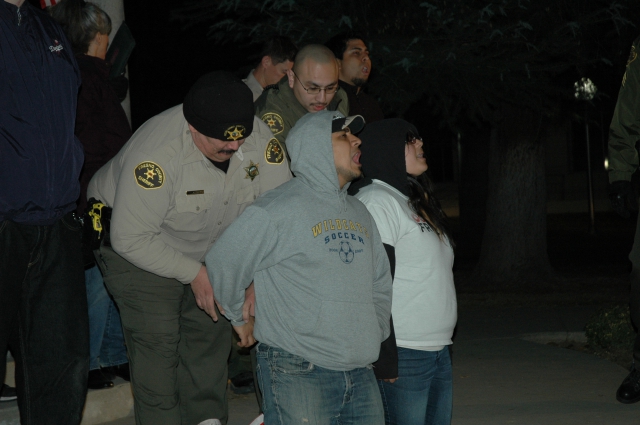 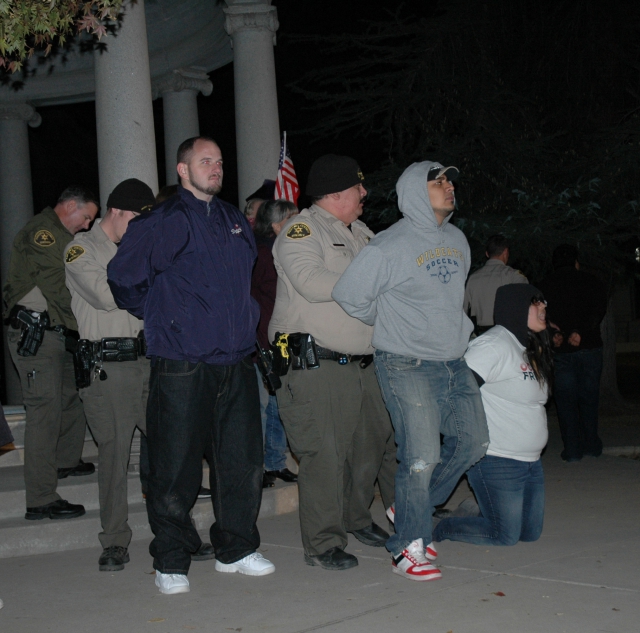 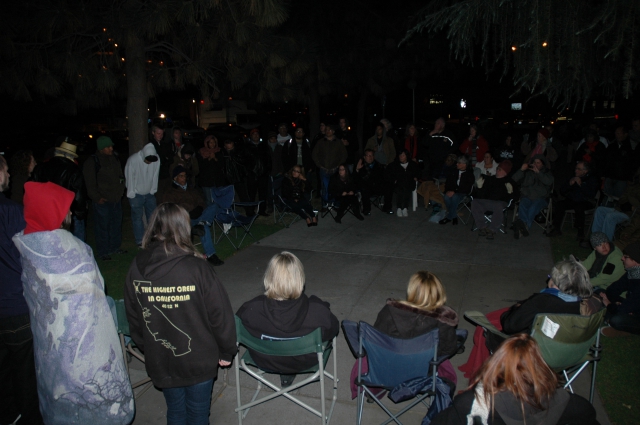 §Awesome Fresno!
by ann
Sunday Nov 20th, 2011 9:17 AM
your dedication and perservence is inspiring

Add a Comment
§The Wall
by SI
Sunday Nov 20th, 2011 10:10 AM
A quote may be given from a speech given by Paul Hellyer, former Deputy Prime Minister of Canada.

The valiant people of Tunisia and Egypt have shown the way by achieving what was believed to be impossible. We share their euphoria. At the same time they, and we, must acknowledge that it is only the beginning. Real freedom will only be possible when they have escaped from the tyranny of international banks, and Wall Street is no longer able to manipulate the price of their daily bread.