Add an Event
Newswire
Calendar
Features
Home
Donate
From the Open-Publishing Calendar
From the Open-Publishing Newswire
Indybay Feature
Publish to Newswire
Add an Event
Related Categories: East Bay | Global Justice & Anti-Capitalism
Occupy Oakland Takes New Park at 19th Street and Telegraph, 11/19/11: video & photos
by Dave Id
Saturday Nov 19th, 2011 11:21 PM
Five days after being forcefully evicted from Oscar Grant Plaza for the second time by Oakland police and other Bay Area law enforcement agencies, thousands gathered at 14th and Broadway for a Mass Rally and March in support of Occupy Oakland and in solidarity with the National Day of Action Against State Repression of the Occupy Movement. The march wound through downtown past several banks before stopping to protest the scheduled closing of Lakeview Elementary School due to budget cuts. Marchers then headed back downtown to take the park at 19th Street and Telegraph Avenue as agreed upon by the Occupy Oakland General Assembly. Once at the park, demonstrators quickly pulled down the chain-link fence that surrounded two thirds of the park. Thousands of supporters flooded into the unnamed and unused empty lot, immediately setting up over a dozen tents and dancing as rain began to fall and music bumped from loudspeakers on a flatbed truck.

original image (1371x467)
[Pictured above: the park shortly after occupiers claimed it for the next Occupy Oakland encampment. Click image for larger version.]


The park is part of the new commercial area now known as the Uptown District, built around a recently renovated and re-opened Fox Theater. In order to make way for the development of the area, the City of Oakland used eminent domain to take possession of at least two long-time businesses so that their property could be handed over to the large private developers who would build the Uptown apartment complex. It is not clear why only the internal one third of the new park was landscaped for public use while the larger portion touching Telegraph Avenue was left fenced off, but some have speculated that developers and the city intended to let the plot fallow until a time when the Uptown area was further gentrified and fewer undesirable people would be making use of the land during the day or sleeping there at night. Map of the park: http://g.co/maps/bvqap. 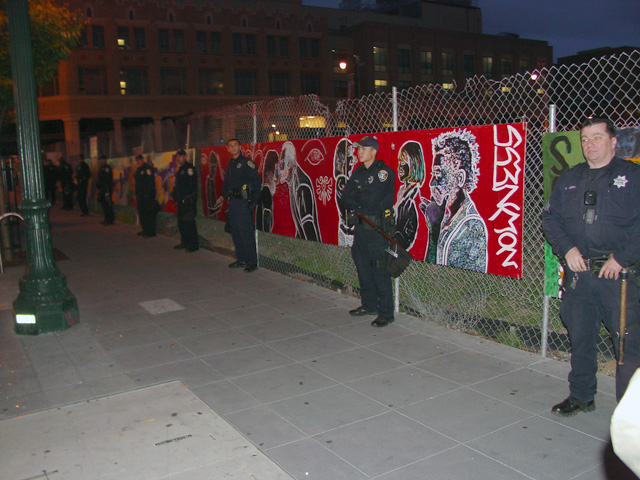 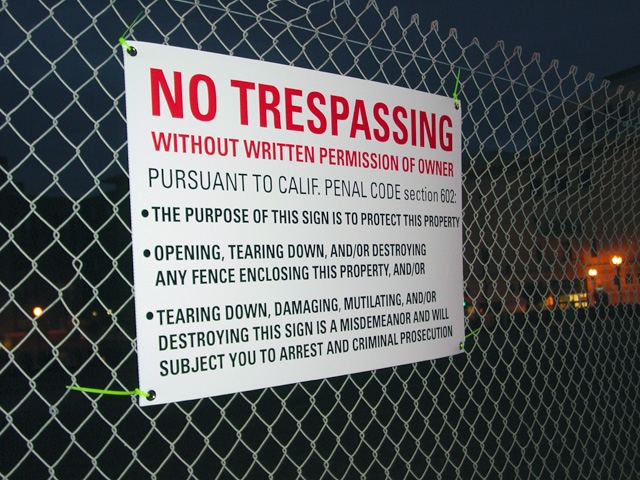 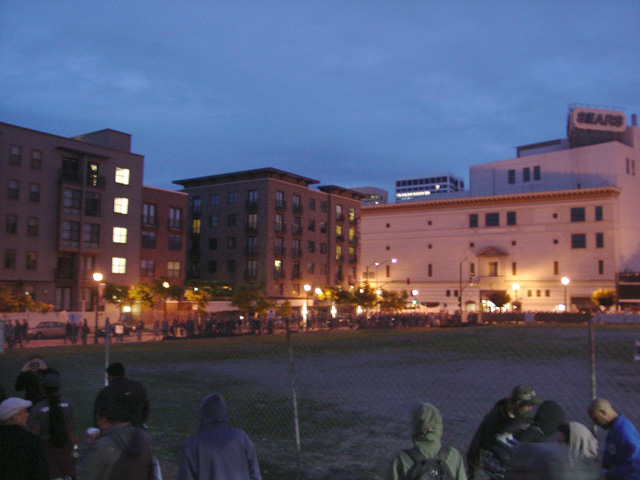 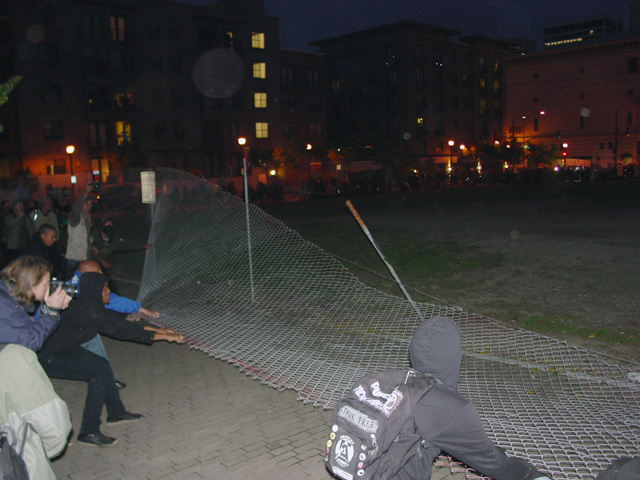 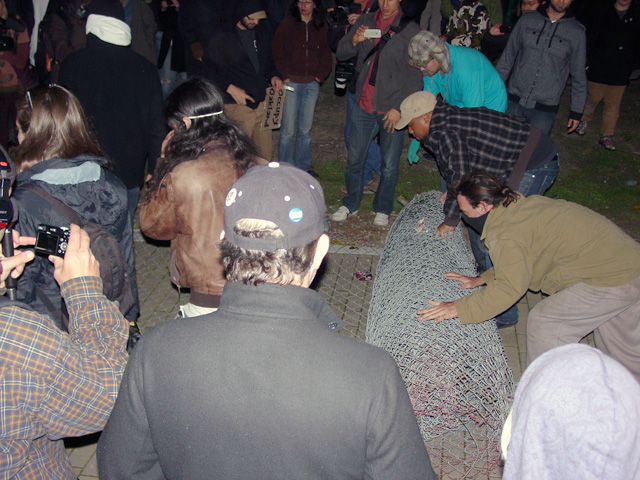 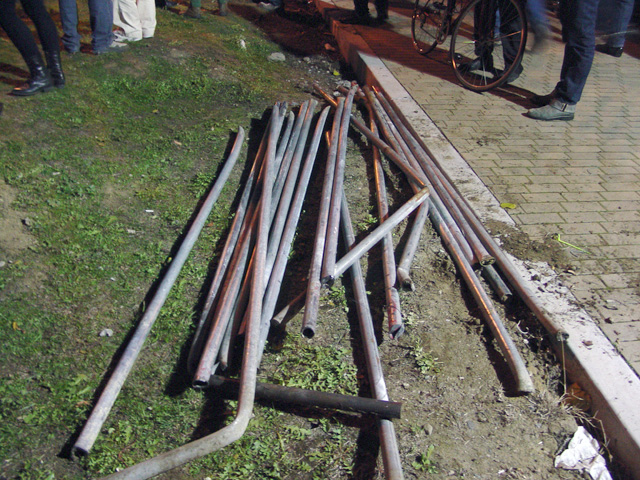 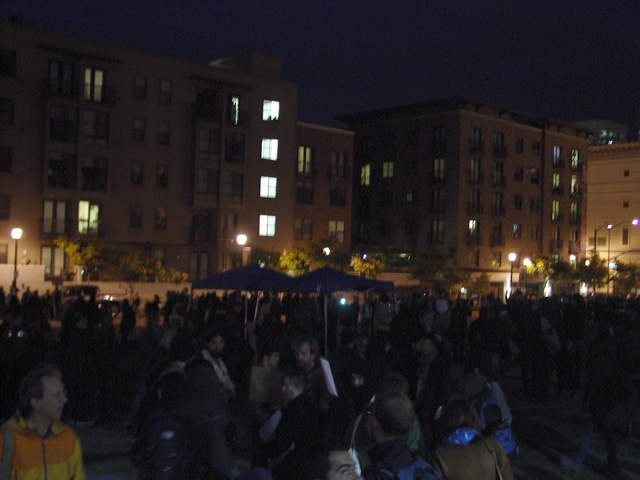 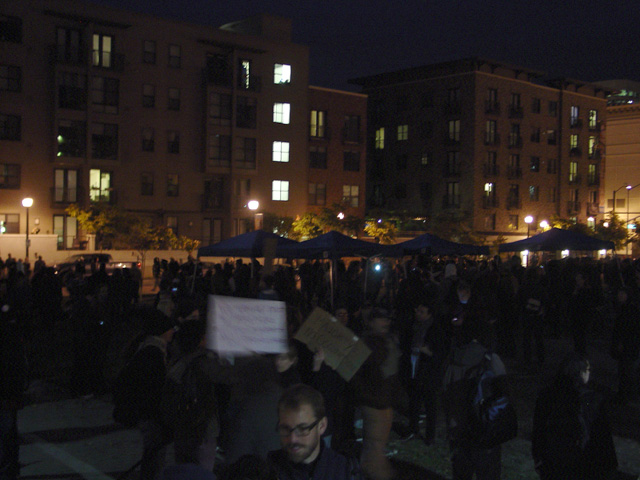 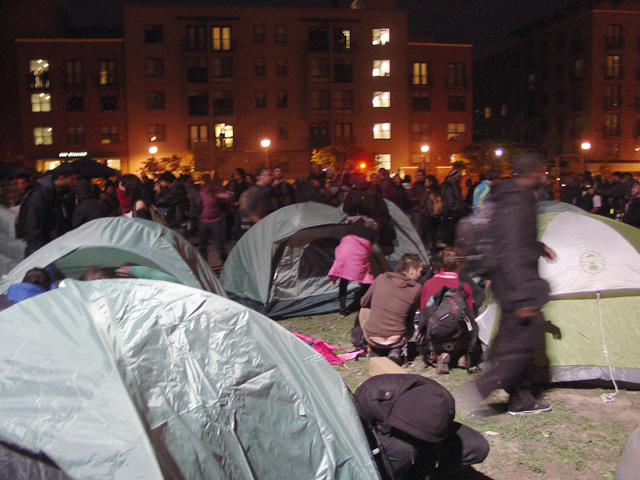 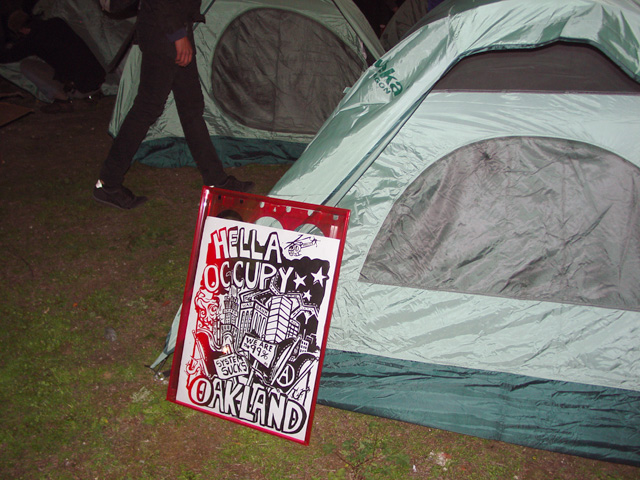